By continuing to use this site you consent to the use of cookies on your device as described in our cookie policy unless you have disabled them.
Why is printer ink so expensive?

Why is printer ink so expensive? 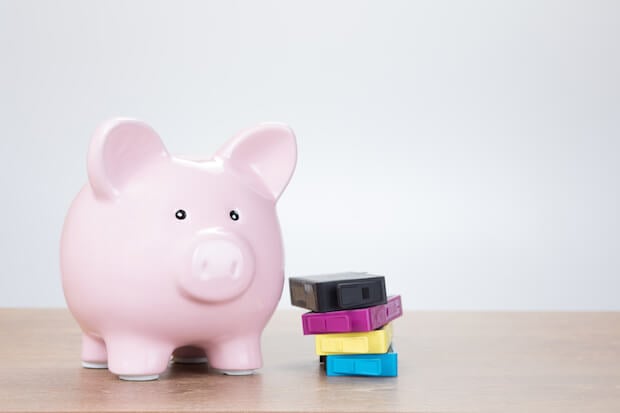 When you pay $35 for a package that has less product than a ketchup packet, you’re inclined to wonder, ‘Why is printer ink so expensive?’

The comparisons all over the Internet are entertaining, at least. Printer ink costs more per drop than fine champagne, Saudi oil, or even human blood. The only liquid more costly is Chanel No. 5, LSD and cobra venom. For a quart of printer ink, you’d pay more than $3,700.

For heaven’s sake, you wonder, why is printer ink so expensive?

As it happens, as a Computerworld writer once noted in an article on this subject, a ketchup packet contains nine to 27 milliliters, depending on which type of packet you get (free!) with your meal. An ink cartridge holds 10 to 20 milliliters.

So the commenters aren’t wrong when they compare printer ink to some of the world’s most costly liquid products. And there are two answers to this question, both of which contribute to the astonishing price of ink cartridges.

Reason One: It’s a business model, originally developed by Lexmark and imitated by almost all other printer manufacturers, in which printers are practically given away but the proprietary ink that’s used in each machine is priced through the roof.

After all, most people only buy a printer once every four or five years. But they have to continually buy the ink. That makes ink a much steadier revenue stream than the actual printers. And if this sounds familiar, consider how much you pay for a razor these days – and how much more expensive it is to buy the blades.

Certainly you can go into the office products department of any big box store and pay only a few dollars more for a new printer than you would for a full set of ink cartridges. But most people balk at the idea of sending a sizeable machine into the waste stream every few months.

All in all, the printer ink business model is diabolically clever from the C-suite point of view – and a business model from hell as far as consumers are concerned.

Why is printer ink so expensive? It’s also about R&D

And then there’s Reason Two: According to the manufacturers, it’s wildly expensive to develop, test and market printer ink, which, as a product, is remarkable in its complexity and the range of tasks it has to accomplish.

A few years back, HP marketing manager Thom Brown made the rounds of the big tech magazines to make the company’s case. He explained to skeptical writers that HP spends about $1 billion a year on ink research and development.

The ink has to remain stable on a store shelf for up to 18 months, be instantly ready for use, withstand heating to 300 degrees, survive vaporization, and be squirted at 30 miles per hour, at a rate of 36,000 drops per second, through a nozzle one third the size of a human hair. After all that it must dry almost instantly on the paper without causing the paper to disintegrate or curl.

Brown also explains that it takes HP on average three to five years to develop a new cartridge, with about 1,000 prototypes built and discarded along the way.

Fair enough. Sounds pretty costly to the company, doesn’t it?

But it still leads to the question: Why continually develop new printers, which require all these new ink and cartridges? According to Brown, the reason is that the manufacturers must cater to the vastly different needs of consumers, and changing a single of the dozen or so ingredients can tank a new recipe in terms of reliability and stability. "There's more to ink than water and dye," he notes.

So the short version of these two answers to the question, “Why is printer ink so expensive?” is: consumerism and capitalism.

How to save money on printer ink

So it seems that there won’t be inexpensive ink from your printer’s manufacturer any time soon. What’s a cost-conscious consumer to do? There are several options, though none are fool-proof.

Many printer owners use third-party ink cartridges, and the Internet is awash in people eager to sell these to you. Many experts and, of course, the brand name manufacturers, warn users not to use generic ink cartridges.

And of course, it’s true that the printer companies create proprietary ink formulas for billions of dollars, so it’s unlikely that outside companies are using formulations that are close, which can result in clogged printheads or unreliable performance.

That’s reflected in this comment on an online forum from a frustrated user:

“I've tried using alternative cheaper ink cartridges on Canon; HP; Epson; and several other makes since the early days of Seikosha Dot Matrix printers. They have always disappointed. The black ink usually floods a smudgy mess all over the paper. The colour inks are dreadful. I'm thinking particularly the red ink, which varies from a vile purple tint to a strawberry blancmange pink, and results when printing normal colour prints is 100% awful and leaves the print unusable.

After market alternative cheap inks are a waste of money and time.”

Further, big-name manufacturers often include microchips in their cartridges to communicate with the printer, and without these microchips, the printer might not function with a third-party cartridge, or at the least might fail to give any indication of ink levels, so the user has to gamble on either running out or buying new cartridges just to be on the safe side.

Still, some people will tell you these third-party cartridges work splendidly and boast of the savings they get by going outside the box. Thus, for third-party cartridges, it would appear to be up to you to search for just the right product, test it, and hopefully find a permanent replacement for high-priced name brands, if you’re lucky. 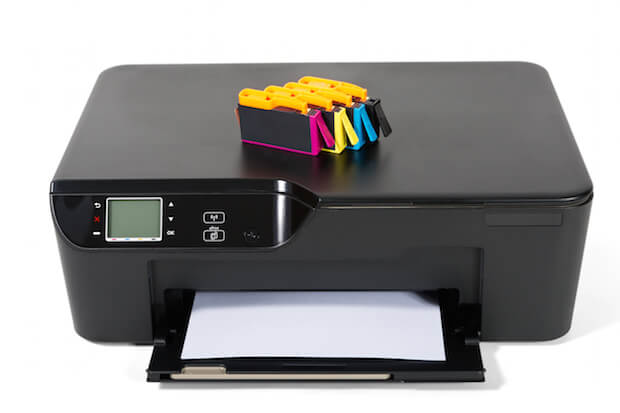 Another option is buying ink by itself and refilling cartridges, but again, for every happy consumer who does this successfully, there’s another whose results have been less than stellar.

There’s even a big-name manufacturer who is trying to capitalize on consumer frustration with printer ink prices. Kodak – who earns a lot of HP marketing manager Brown’s ire in interviews – is an upstart printer vendor that, since entering this market, has built a marketing campaign promoting the idea that HP and everyone else is ripping off the consumer with high ink prices while Kodak sells it for much less.

Kodak’s VERITÉ line of ink cartridges start at $11.99 and come in three different assortments – black, tri-color and combo, though the three colors aren’t offered individually, as some other inks are. They range in size from regular to, basically, huge, so you can save by buying in bulk.

Another option is to buy an Epson printer. Epson’s EcoTank system allows you to buy bottles of ink and refill existing cartridges (and each printer comes with a two-years supply of ink!). The catch here is that these printers cost 10-20 times as much as the loss-leader printers from other companies. Again, this is a choice everyone has to make for themselves.

Finally, some folks simply say: “Buy a laser jet printer!” And it’s true that some laser jet toner costs far less than inkjet cartridges – but not all of them. And while laser jet printers are also exponentially more costly than their cheap inkjet cousins, they’re also not as good at printing photos and other high-quality images.

In the end, you get to decide, but there’s no easy answer – as you’ll discover if you research the problem on the Internet and find the same solutions presented here. Of course, if you want an expert’s opinion on the best printer to buy, you can always check in with the printer Experts on JustAnswer, and save yourself all the time and effort.

Online now
Shefin
Printer and Office Equip. Specialist
5776 satisfied customers
Verified Expert
About
Experience
Current job title
Printer and Office Equip. Specialist
Major or emphasis
Computer Hardware and Networking
Professional licenses
Computer Hardware Technician
Working as tech support specialist with a worldwide computer manufacturer.
My shih tzu had severe abdominal pain - at 10 pm at night of course! The DR I spoke to sent me to the ER then we saw our normal vet the next day who did emergency surgery or a strangulated hernia and she's now fine. He followed up with me by phone the next day to check on her. I greatly appreciated the personal contact and follow up. I've used this service in the past and will continue to do so when necessary
Mitzi, USA
Rated:
★★★★★
Related questions
Printer will not print. says photo tray empty. Or out of
or out of paper. this is a new printer and I have warranty … Read more

EXPERTDan
IT Support Director
Bachelor of Science in Information Technology
190 satisfied customers
Instructions for TR4520 - how to set up online? I bought
I bought this printer. I did not know it did not have a manual. I am trying to connect the wireless printer. … Read more

Technicians on JustAnswer are verified through an extensive 8-step process including screening of licenses, certifications, education and/or employment. Learn more