Connect one-on-one with a Doctor

What happens if you swallow gum? 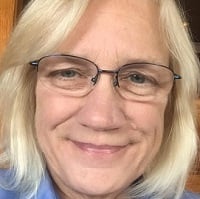 The myth that gum stays in your system for 7 years may come from the fact that your body can't digest the gum base, even though your system passes it just like normal food.

Chewing gum: Wildly popular for decades, subject of myth, and bane of your city’s existence.

Chewing gum is arguably the world’s most common habit. Every year over 374 trillion sticks of chewing gum are made, and more than 100,000 tons of gum are consumed.

And it’s not just a modern habit either. Archaeologists have found three wads of 9,000-year-old chewed birch resin on the Swedish island of Orust. After detailed examination by dental experts, they concluded that this piece of resin was chewed by a young kid – a caveman teenager.

Clearly this teenager had spit out his resin, no doubt as concerned about swallowing gum as people are today. But what happens when you swallow gum? The answer to this question has been subject to a lot of misinterpretation over the years, but the real answer is: Absolutely nothing.

Your body cannot digest gum like it can other food. That’s because gum contains a rubber base, either natural or synthetic, that gives it its gummy consistency. A commonly used synthetic rubber, butyl rubber, gives chewing gum a satisfying chewiness. Butyl is also used in tires and basketballs, among other things.

In fact, the Goodyear Tire Co. manufactures the base for many major gum brands.

What happens if you swallow chewing gum?

It’s pretty simple. Rubber being rubber, you simply can’t crush it with your teeth (which, of course, is the point), and swallowing chewing gum simply means the gum moves through your digestive tract into your stomach as one undamaged lump.

Enzymes break down carbohydrates, oils, and alcohols in the gum as they would with any food, but that rubber base in the gum is basically immune to these enzymes. The rubber is even impervious to the acids in your stomach.

This fact is probably behind the most common myth about swallowing gum: That it’s digested so slowly, it actually stays in your body for seven years. But the truth is, gum simply keeps on moving, undigested, and departs the body in the stool.

When a customer told JustAnswer Expert Dr. Michael Salama that he felt a lump in his throat several hours after accidentally swallowing gum, Dr. Salama explained that it was unlikely.

“Sometimes swallowing something hard will impact the throat and leave a sensation that it remains where it touched, when in actuality it has long gone into the stomach. Gum is an unlikely substance to stick to your throat. It has a hard, slick surface, and the throat does not adhere easily to such a substance.”

"If you are really concerned, you can vomit. Nothing stays put in the throat when you regurgitate. If you drink something warm, or hot, that sensation may well disappear in an hour or so.”

While gum might take slightly longer to move through you than other food, no one is even positive about that. There is no reliable evidence showing that swallowing gum slows or in any way affects the rest of your digestive tract in any reliable way.

The Mayo Clinic notes that on rare occasions, large amounts of swallowed gum combined with constipation have blocked intestines in children. That’s why frequent swallowing of chewing gum should be discouraged, especially in children.

After all, as Dr. Lisa Ganjhu, of the NYU Langone Medical Centre in New York, says, “Chewing gum has absolutely no nutritional value, so most health professionals would advise against swallowing it.

“Gum won’t harm or kill you, but it just isn’t logical to swallow it purposefully.” So the answer to that age-old question, “Can you swallow gum?” is: Yes. But don’t.

So what should you do with gum?

Even astronauts chew gum − and their only option for disposal is to swallow it. But what about everyone else? If you’re walking down the street and your gum has lost its flavor, should you swallow it or spit it out?  You know it won’t hurt you to swallow it, but you may still be uncomfortable with the idea of actually doing that.

Unfortunately, a lot of people simply spit it out wherever they are: In a park, driving their car, sitting in a classroom. This is probably not a surprise to anyone who’s walked down a street or accidentally touched the underside of a desk, and the fact is that next to cigarette butts, chewing gum is the second largest littering item in the world.

It’s a worldwide problem and costs businesses and taxpayers millions of dollars a year to clean up. The city of London, for example, in preparation for the 2012 summer Olympics, spent three months steam-cleaning 300,000 pieces of gum off of less than two miles of street. A piece of gum cost Londoners just a nickel at the candy shop. It cost the city between 16 cents and $3 to remove each wad from the pavement.

It’s also worth noting that the chemicals used to clean gum off pavement are toxic to the environment. In addition, animals, such birds, can mistake gum for food and death can occur from digestion. And isoamyl acetate, a gum flavor ingredient, is a bee pheromone, and so littered gum products can disrupt bee behavior.

Used gum is also a hotbed for bacteria, creating an unsanitary environment for humans.

So the lesson is clear: Swallowing gum is harmless but not encouraged. And if you don’t want to swallow, spit your chewed rubber into a trash can, or, even better, wrap it in a scrap of paper and put it into the garbage, destined for the landfill, where it will live forever. 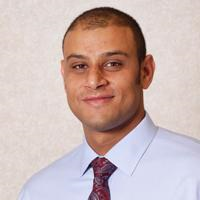 Online now
Dr. Michael Salama
M.D.
715 satisfied customers
verified
About
Experience
Medical director at San Miguel Medical Clinic. I've been an Expert on JustAnswer since 2016
I was being jerked around by my former employer. I was placed on temporary lay-off and then terminated. When I inquired about my termination pay, I was told that those on temporary lay-off are not entitled to termination pay. I immediately contacted the legal folks at JustAnswer. Debra was fabulous! I didn't choose all the highest priority levels, and still heard back within 30 minutes...during the lunch hour! She was professional, knowledgeable and super helpful, a real credit to the legal profession! She gave me viable advice that I am now using to sue the company, knowing that I will win!
Saundra K., USA
Rated:
★★★★★

I swallowed some gum and it feels like it is stuck in my throat.

I swallowed some gum and it feels like it is stuck in my throat. What should I do?

★★★★★
6,680 satisfied customers
Woke up feeling like I have swallowed gum but I have not. Help!

I woke up feeling like I swallowed chewing gum, but I have not had any gum all week. I also hadn't eaten yesterday. When I woke up my neck, shoulders and chest felt sore and tight. I have had a history of anxiety, but this is new to me.

I swallowed an organic small piece of gum. I was able to cough up a small portion. I have eaten bread and I feel still something there. Should I drink hot water with bread? I spit a lot up saliva often. What should I do?

I think I accidentally swallowed gum in my sleep. I taste the faint minty taste in the back of my throat and I feel a lump there. I've felt it since I woke up this morning, 3 hours, and it's somewhat hard. I had strep a month ago.

I was wondering how bad it is to swallow gum. I have heard it is and I have heard it's not. It's been a bad habit of mine for a while, but since I have quit smoking and I am now chewing even more gum I seem to swallow a lot more of it than I ever have before. Knowing that it is really harmful might help me stop!

★★★★★
6,471 satisfied customers
Swallowed gum and it is stuck in my throat. How do I dislodge it?

I swallowed chewing gum and it is stuck lower down in my throat. I have tried eating, vomiting, but that did not help. What can I do to dislodge it?

Doctors on JustAnswer are verified through an extensive 8-step process including screening of licenses, certifications, education and/or employment. Learn more 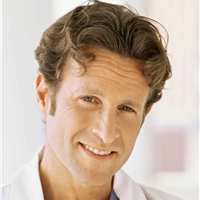 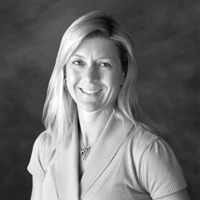 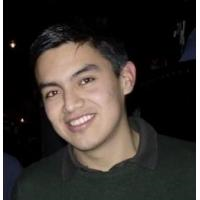 ★★★★★
268 positive reviews
See all Doctors
JustAnswer in the news:
Ask-a-doc Web sites: If you've got a quick question, you can try to get an answer from sites that say they have various specialists on hand to give quick answers... Justanswer.com.