Connect one-on-one with a Health Expert

Secondhand smoke and drug testing: What you need to know about marijuana 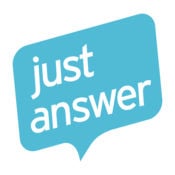 We help people get

★★★★★
100k+ positive ratings
Will you fail from secondhand smoke?

You will most likely pass a drug screening if you inhaled a small amount of smoke secondhand, especially if you don't smoke.

As the laws controlling and regulating marijuana use in the United States continue to evolve, concerns regarding secondhand smoke and drug testing are predictably commonplace. Cannabis is trending towards the legal end of the spectrum, with recreational use now lawful (within parameters) in several states, and medicinal applications legal in nearly 30, as per CNN. As such, it’s not a stretch to assume that eventually it will be legal nationwide, but that doesn’t mean companies are planning to change their drug testing procedures anytime soon.

In fact, smoking marijuana might not be safe if even you live in a state that has legalized it. As employers strive to retain their public image, it’s not unheard of for a failed drug test to result in immediate termination – regardless of where you live. Even medicinal marijuana users have faced the axe as well, which makes it clear that you can’t depend on a doctor’s prescription to protect your job if you flunk a drug test because of Ms. Mary Jane.

But what about the people who tend to inhale their marijuana in a less direct fashion?

Given the increasing number of places in which cannabis use is now legal to some degree, the likelihood of being exposed to secondhand smoke has risen as well. Of course, with this rise also comes a surge in questions regarding the impact of secondhand smoke inhalation on drug tests. The last thing anyone wants is to lose their job because of what someone else happened to be doing nearby, but luckily there are answers out there.

How does marijuana affect legal issues?

As marijuana continues to emerge as a legal option in new places, and the illegality of the drug grows more and more questionable, concerns about the drug are bound to increase. Many of these questions fixate on drug tests in general, but common concerns also include consequences in regards to issues like parole and child custody, which can be complicated in a big way by a failed drug screening.

Years ago, failing a drug test while on probation or parole was grounds for being sent back to prison in a heartbeat. The landscape has changed somewhat in this regard, as some states have begun to give parole officers more freedom to offer second chances for lesser infractions – which include a failed screening due to cannabis. Part of this can be attributed to marijuana’s shifting status, but this also comes as a result of ongoing efforts to downsize prison populations.

Just as some parole officers have the freedom to handle marijuana use at their discretion, judges in child custody cases can typically do the same. If one party attempts to use the other’s cannabis use to make a case against them, the judge can choose to consider it a non-factor and disregard it. On the other hand, marijuana use can potentially cause a judge to order regular drug tests, rehabilitation, restricted visitation, or loss of custody. In more extreme cases, the parent in question could even be reported to Child Protective Services.

Secondhand smoke, for obvious reasons, isn’t as potent as taking a firsthand drag from a joint – but can it still make you fail that big drug test you have coming up? Given the rising number of cannabis smokers in the United States, this is a legitimate concern. As more states legalize the drug, the likelihood of secondhand exposure will only continue to rise. Luckily, there's good news for those nonsmokers who spend their free time in the company of ganja enthusiasts.

According to research conducted on the topic, testing positive on a drug test due to secondhand smoke is extremely rare. Although THC (the component in marijuana that produces its “high”) was found to be present in some individuals tested – in others it was undetectable – the amount was considerably lower than what trigger a failed drug test. And even in the instances where a red flag might pop up during a screening, the drug test would need to have been administered within a few hours of prolonged exposure to concentrated weed smoke.

So unless you’re planning to spend a few hours locked in a van with your five stoner compatriots before heading straight to your next drug test, secondhand smoke shouldn’t be a concern.

In some states where marijuana has become more of a ‘grey area’ as it's gradually becoming legal, first medicinally and then recreationally, there is some confusion regarding the impact of a drug test failure due to THC, especially when it comes to companies that still test for marijuana despite being located in a state that has decriminalized or legalized it.

Even without any repercussions from the presumably heightened amount of secondhand smoke people in these states likely contend with, the availability of the drug creates an issue for some individuals. If it’s legal for recreational use, logic would dictate that you shouldn’t face negative consequences for testing positive for THC. Alcohol is legal as well, and people don’t get laid off from work for having a cocktail over the weekend.

Of course, alcohol has been in legal circles for a long time (Prohibition ended in 1933), and it also doesn’t fall into the grey area inhabited by cannabis when it comes to federal versus state regulations. Eventually, employers might come around.

But for the time being, if you come into contact with marijuana in any way, it’s vital to check company policy regarding marijuana use, even if you live in a state that has legalized it. Making the wrong assumption could very well cost you your job.

Online now
Editorial Team
We help people get expertise on demand
100k+ satisfied customers
Verified Expert
About
Experience
JustAnswer is the leading way to connect with Experts on demand
My dead furnace was up and running in an hour! My furnace stopped working on a cold winter day. […]My technician led me through troubleshooting the problem and we narrowed it down to a bad thermostat. It was a great experience and saved me a lot of money!
Joe A., USA
Rated:
★★★★★

Can Hydroxycut black onyx cause a false positive on a drug test?

I was wondering if taking Hydroxycut black onyx will cause a false positive on a drug test?

★★★★★
12,910 satisfied customers
Will I fail drug test if I made out with someone who does cocaine?

Would I fail a drug test (hair and urine) if I made out with a female multiple times in three months who does cocaine?

If I had to take a drug test, will Hydroxyzine 50mg for insomnia cause me to fail my drug test. I have to test my urine.

I have taken amoxicillin. Can this fail my drug test?

★★★★★
33,988 satisfied customers
Will I fail drug test if I smoked weed about a month before the test?

I'll start off by saying that I'm a 20 year old male, around 5'6 and I weigh about 140 lbs. I have a very fast metabolism. I hadn't smoked weed in a while and was clean from it but smoked lightly for about a week at the beginning of the month (April 3rd through the 11th). I would estimate I smoked around a gram to gram and a half tops. There's a possibility of me taking a drug test on the 9th of May leaving me 27 full days in between. Like I said I have a very fast metabolism and plan to run 3-4 miles every day up until the 9th. These tests have a cutoff level of 50 ng/ml. I am fairly confident I am alright as I have passed before with just 20 days without even exercising, but a second opinion always helps

★★★★★
715 satisfied customers
Will I fail drug test if I smoked marijuana two weeks before test?

I need to take a drug test for my job today. I'm an accountant. I smoked potent medical marijuana regularly for 5 years. I quit at the end of November and didn't touch it until 2 weeks ago. I only smoked 1 bowl out of a vaporizer that one time. Should I be worried 2 weeks later? Can I still have THC in me from my history?

Health Experts on JustAnswer are verified through an extensive 8-step process including screening of licenses, certifications, education and/or employment Learn more 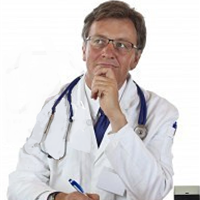 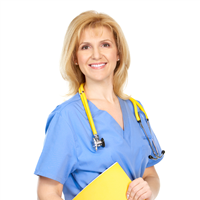 ★★★★★
2,234 positive reviews
See all Health Experts
JustAnswer in the news:
Ask-a-doc Web sites: If you've got a quick question, you can try to get an answer from sites that say they have various specialists on hand to give quick answers... Justanswer.com.