Connect one-on-one with a Tax expert 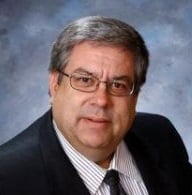 Not all undocumented immigrants “sneak” across the border. Many come to the U.S. legally and continue to stay.

The simple answer to this is yes. Many illegal immigrants, also called undocumented immigrants, pay taxes in various ways. The Social Security Administration (SSA) reports that over ten million undocumented immigrants enter the U.S. every year. Of those ten million, roughly a quarter are employed by companies that report employee taxes. This means about one third pay payroll taxes each year.  However, after the first year that they are here, those with falsified Social Security Numbers (SSN) can no longer be legally employed, as the SSA will report the invalid SSNs to the employers, forcing the erroneous withholding to stop.

Payroll taxes do not account for all tax revenues collected from illegal immigrants. They also pay local sales tax, state tax and property taxes. Some may pay income taxes, but this is rare, as without valid SSNs they cannot file. Individual Taxpayer ID numbers are not valid for employment.  They simply allow the person to be claimed on a tax return but cannot be used by undocumented workers to file or pay income tax.

Some see no other choice but to use falsified documentation, such as forged Social Security cards or birth certificates, to gain employment. Using illegal documents, workers can then “legally” apply for jobs. Undocumented workers pay taxes through employer withholdings. These include payroll tax, Social Security, and medicare taxes. Although the government collects these taxes, the employees cannot file income tax returns or receive Social Security benefits because of the forged documents.

The New Hire Reporting Act, however, requires employers to report new employees, with SSN, within 30 days of hiring. The purpose of this law is to find people who owe child support and other liabilities. It also discloses those with forged Social Security numbers. If the employer does not follow the New Hire rules, the forged SSNs are discovered after the employer files the Forms W-2 reporting earned wages to the SSA.

Not every illegal immigrant uses these methods. Many are paid in cash, making it impossible to trace or tax their income. However, undocumented workers who choose to pay income tax on their earnings may have an advantage when applying for legal status.

Immigrants who file using their ITINs and request a tax return, for example, have historically not been at risk of being reported to the Department of Homeland Security (DHS) or Immigration and Naturalization Services (INS). However, the IRS will deny credits, and assess additional tax for those who unlawfully use ITINs. Additionally, violating the tax laws can lead to charges of tax fraud, which is punishable by jail time in some cases. The IRS does not usually share citizenship information with other federal departments unless under “extreme circumstances,” according to IRS code Sec. 6103.

How much do undocumented immigrants pay in taxes?

A 2016 report from the Institute on Taxation and Economic Policy (ITEP) estimates that undocumented immigrants pay $11.64 billion in taxes each year, excluding federal taxes. About 59% of the revenue is generated from sales taxes; property tax accounts for 31% and income tax accounts for over 9%. However, there are many studies that complicate these numbers. Others include the expense of the undocumented workers to net against this number, resulting in an overall cost to the country.

Illegal immigration is a highly-politicized issue, so it is worth noting that other estimates, from the Heritage foundation for example, place estimated tax revenues from undocumented immigrants lower: only $7 billion. Their figures do not take payroll taxes into account, but rely instead on voluntary payment amounts. Payroll taxes are not included, as these are often only temporary, until the forged SSN is discovered.

According to the ITEP, if undocumented workers were granted lawful permanent residency (LPR), their tax contributions would go up by more than two billion dollars. Legal immigrants receive higher wages than their unauthorized counterparts. The organization also asserts that legalized immigrants would be more willing to risk filing an annual tax return. If their estimates pan out, total state and local taxes paid might reach over $13.5 billion per year.

Which states receive the most taxes from illegal immigrants?

As of 2017, figures from the Immigration Policy center indicate that California receives the most tax revenue from illegal immigrant households. In 2010, the state garnered $2.7 billion from undocumented workers.

The amount of tax revenue generated does not represent the entire picture. A 2004 report from the Federation for American Immigration Reform indicates that the cost of illegal immigration may outweigh the benefits. The report shows that California spends over $10.5 billion each year on its undocumented immigrants. These estimated costs include education, health care, and incarceration. This is offset in small part by the $2.7 billion of tax revenues. The net cost is still $7.8 billion.

Determining where the tax money goes

Many immigrants use falsified documents. When the employer withholds taxes from their paychecks, the IRS cannot match the false data with documented Social Security numbers in their database. The employer is notified to either obtain a valid SSN, or to stop paying the employee.

As a result, the IRS has nowhere to distribute those tax dollars. These Social Security and medicare taxes are placed into an Earnings Suspense File. In theory, the money remains there until someone can prove they earned the associated retirement benefits.

Records indicate that the Earning Suspense File has Social Security money dating as far back as 1937. An estimated 340 million unclaimed tax forms are in this file. Current opinion asserts that immigrant tax dollars are responsible for the biggest portion of unclaimed revenue.

The Immigration Control and Reform Act of 1986 made it illegal for employers to deliberately hire undocumented immigrants. This attempt backfired, resulting in a booming black market economy for falsified documents. Presently, the Social Security Administration notifies employers via letter when a worker’s documentation does not match their files.

Some people actually benefit from this unlawful employment. In one popular scheme, individuals with valid US SSNs who retire overseas will give their SSNs to undocumented persons working in the US for a fee, or percentage of the weekly paychecks. This benefits the foreign person with the valid SSN by his receiving an income stream, as well as having his wage base for SSA increased. The illegal immigrant will be able to work with “his” valid SSN.

The AIC argues that undocumented workers who fear deportation take lower paying jobs to avoid detection. They contend that if these immigrants could live in the United States legally, they would seek better paying jobs and increase their tax contributions. However, there is a backlash from those who came to the US legally, often at great personal expense. 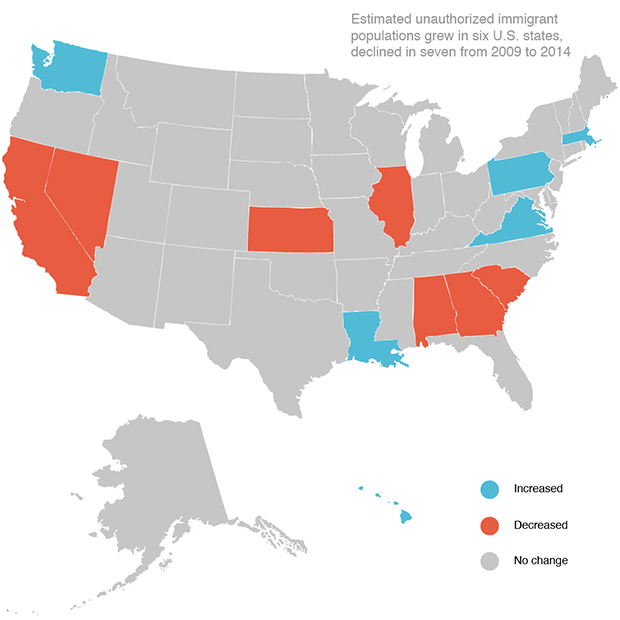 ITEP estimates that if all illegal immigrants were granted legal status, it would skyrocket their state and local tax revenues to roughly $13.8 billion. This figure breaks down to the following areas.

The effects of executive action on tax revenue

Compared to legalization, an executive action would help raise tax revenue by less than 25%. However, even this increase has the potential to help the economy. ITEP reports that undocumented immigrants eligible for the Temporary Executive Action plan would boost their current tax revenue from $5.3 billion to $6.1 billion by increasing sales, income, and property tax revenues in the following areas.

It is clear there is no easy solution to immigration reform. On one hand, undocumented workers are paying billions in taxes each year, without the benefits of citizenship. On the other hand, states are paying out more than these workers generate in tax revenue. Whatever the solution, we must remember that lives, not numbers, hang in the balance. At the same time, we are a country of laws, and we cannot pick those laws that are convenient for us to observe.

If you need help with an immigration tax issue, ask an Expert for their insight. You can get customized answers in an anonymous, one-on-one setting.

Online now
Roger Y.
Tax Expert
2,227 satisfied customers
Verified Expert
About
Experience
Current job title
CPA
Major or emphasis
Tax
Professional licenses
CPA
I'm a licensed CPA with 31 years' experience. In my spare time, I like to teach accounting and tax courses at the Masters level.
Fast, efficient, and glad I used it. I needed a tax question answered and it took no time at all.
Vera H., USA
Rated:
★★★★★

How can an illegal immigrant pay taxes?

Can an illegal immigrant pay taxes ?

how can illegal immigrants pay tax?

★★★★★
27,689 satisfied customers
Can I claim my husband who is an illegal immigrant as a dependent?

When I filed my taxes for 2013 I applied for an ITTN number for my husband who is an illegal immigrant. Where I work at I make a good amount of money and get taxed a good amount as well, but I only claim myself as a dependent even though I am the only one working in the household. Am I able to claim my husband as a dependent? If so are there any consequences to claiming him? Also if you could, what all is he allowed to do with an ITTN number? For example is he allowed to work with it because the woman who filed my taxes said no. Or if he goes to the hospital should I put his number down. Is he able to get a bank account with it?

★★★★★
3,444 satisfied customers
Should an illegal immigrant pay tax for the year when he was illegal?

If an illegal immigrant opens a business entity with the IRS and gets a work authorization a year later, does he need to pay the taxes for the past year's income when he was illegal?

I married an illegal immigrant in March, 2009. She is waiting for her Visa and will have to leave the country eventually. I have yet to file my 2009 tax return but requested an extension. I've been filing Single before I was married. How should I file in 2009?

I married an illegal immigrant last year. I am trying to file married filing separately, but it wants his SS number..] We plan on applying for his green card this year. What should I do?

Tax experts on JustAnswer are verified through an extensive 8-step process including screening of licenses, certifications, education and/or employment. Learn more 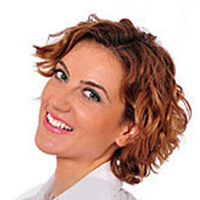 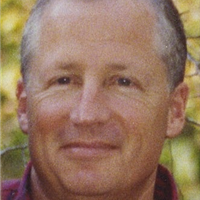 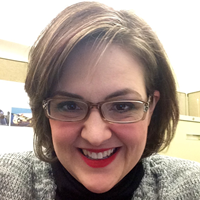 ★★★★★
15,428 positive reviews
See all Tax experts
JustAnswer in the news:
Ask-a-doc Web sites: If you've got a quick question, you can try to get an answer from sites that say they have various specialists on hand to give quick answers... Justanswer.com.