By continuing to use this site you consent to the use of cookies on your device as described in our cookie policy unless you have disabled them.
Looking for the gun blue book?

Looking for the gun blue book? 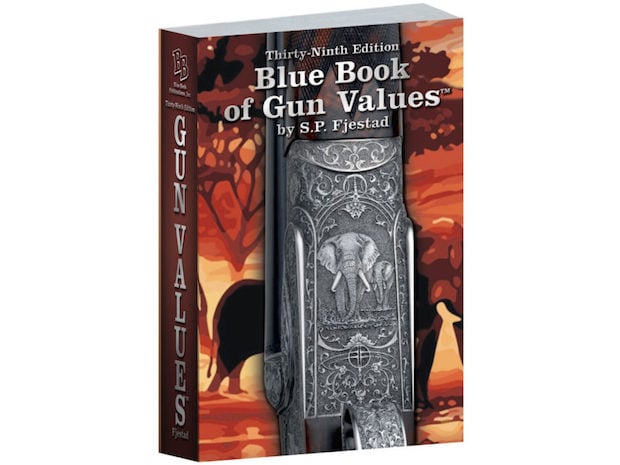 Books for collectors are a profitable arm of the publishing industry, as Americans pursue ever more diverse collections, fueled by popular television shows such as Antiques Roadshow and American Pickers.

At Amazon.com, for instance, there are 24 categories of collectible books to choose from, ranging from advertising to transportation. Perhaps unsurprisingly, stamp collecting seems to lead the way, with some 2,000+ books for sale.

But a highly popular collectible with more than 1,000 books available is the firearm – where collectors avidly seek out the ultimate gun blue book. After all, the more information you have, the better you’ll be able to determine the value of a gun that you own or are thinking of buying.

According to the Pew Research Center, 66% of American gun owners say they own more than one gun. Thirteen percent of gun owners cite gun collecting as their major reason for owning guns.

And how do these people research the values of guns they want to buy or sell? The answer to that includes online sources, like the gun Experts on JustAnswer. But as Amazon proves, a well-researched book with color photos and reams of information is also a popular choice.

And the best-seller at Amazon is the latest edition of the ultimate gun blue book – in fact, the actual gun blue book. It’s not the first blue book: That honor rests with the renowned car value guide, the Kelley Blue Book, founded in 1926.

But this gun blue book, formally known as the Blue Book of Gun Values, has released its 39th edition in 30 years, and it’s even the foundational book behind a gun information empire.

Anyone who buys, sells or even has a passing interest in modern or antique firearms is familiar with the gun blue book. Its author, S.P. Fjestad, got his start in the field with this book in 1988. Today Fjestad is behind a publishing empire that includes Blue Book Publications Inc., bluebookofgunvalues.com and dozens of books about gun values. 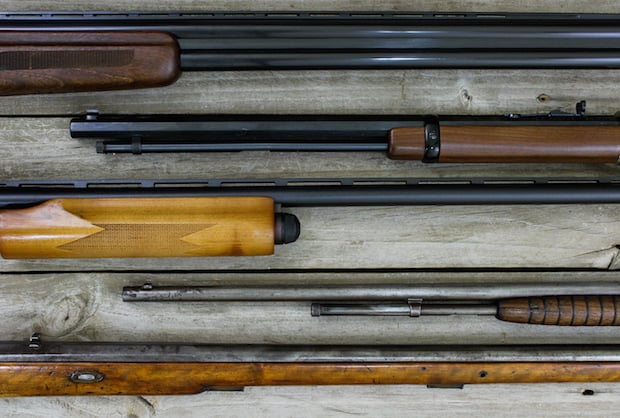 The book that started it all

The latest edition of the gun blue book has more than 2,500 pages that cover information for nearly 23,000 individual models from 1,700 manufacturers, including 500,000+ values. There are also a firearms grading system and serialization charts to identify years of manufacturing individual makes and models.

The latest edition also tracks a new trend: for the first time in decades, many collectible firearms, especially AR-15s, have seen their value drop significantly.

Customers on Amazon rate this reference book highly. Notes one:

“Pricing seems to be pretty close to actual selling prices on sites like Gun Broker. Also keeps you from spending too much when people are shooting for the moon selling a firearm. Tip: read the firearms condition guidance so you don't get ripped off when buying firearms, especially older firearms.”

Fjestad has also written smaller value reference books on more specific firearms such as antique American guns, Colts, Smith & Wessons, Brownings and more. The company even publishes the only reference book on airguns.

Fjestad, however, has not limited his reference empire to firearms. According to his Amazon biography, he has edited and published over 160 books, some of which focus on subjects such as automobiles, guitars, engraving, billiards and pool cues, ammunition, and more.

According to Amazon, there are at least 999 other books of interest to gun buyers and sellers. Gun Digest, an annual publication that’s also a best-seller, bills itself on its cover as “The World’s Greatest Gun Book!” The description notes that Gun Digest “has been the number one go-to source and research guide for firearms enthusiasts worldwide” for more than 70 years.

This one includes information on hunting, personal defense, target shooting and collecting, as well as historical data and reports on new innovations. It even covers the work of custom gunmakers and engravers. 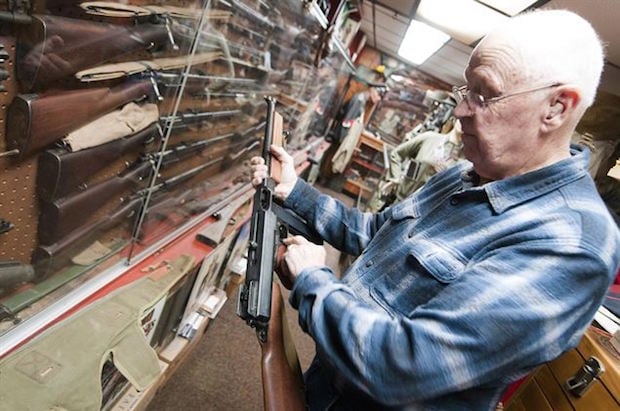 Gun Digest doesn’t include values, but it offers a sister publication, Gun Digest Book of Guns & Prices, that does. This includes approximately 10,000 listings for rifles, shotguns and handguns, delivering nearly 46,000 condition-based gun values.

Another popular gun collector’s book is Gun Trader’s Guide which calls itself “the definitive source for making informed decisions on used firearms purchases.” It includes listings for handguns, shotguns, and rifles from some of the most popular manufacturers, including Beretta, Browning, Colt, Remington, Savage, Smith & Wesson, Winchester, and many more.

On top of these popular gun blue books on commercial weapons, there’s also the Standard Catalog of Military Firearms: The Collector’s Price & Reference Guide,, with more than 2,000 models of military firearms manufactured since 1870, as well as more than 1,600 photos.

In addition, the serious collector or researcher can avail himself of dozens of similar guides that focus on one particular manufacturer or style of gun. And if you’re seeking more than information on values, there are several other options.

The Smithsonian Institution’s Firearms: An Illustrated History, is renowned for its detailed history of the evolution of the gun, from the pistol and rifle, to the machine gun and revolver. Detailed catalogs profile more than 300 firearms spanning over 700 years.

Also popular at Amazon is The Illustrated World Encyclopedia of Guns: Pistols, Rifles, Revolvers, Machine And Submachine Guns Through History, a historical guide to the world of military, antique and law-enforcement firearms, photographed throughout.

With so many gun blue books available, it’s not surprising that, like many collectors, a gun collector may find that once he’s start collecting, he winds up with an extra collection – books about the things he collects.

Of course, if you feel that there’s too much information out there to sort through, or you have a specific question that a book can’t answer, the gun Experts on JustAnswer are always available, anywhere you have an Internet connection.

Online now
Tom
Associate Degree
825 satisfied customers
Verified Expert
About
Experience
Current job title
Gunsmith
Major or emphasis
Gunsmith
Professional licenses
20 YRS EXPERIENCE,Certified Armorer
My shih tzu had severe abdominal pain - at 10 pm at night of course! The DR I spoke to sent me to the ER then we saw our normal vet the next day who did emergency surgery or a strangulated hernia and she's now fine. He followed up with me by phone the next day to check on her. I greatly appreciated the personal contact and follow up. I've used this service in the past and will continue to do so when necessary
Mitzi, USA
Rated:
★★★★★
Related questions
What would be the selling price of a Winchester Model 1873,
What would be the selling price of a Winchester Model 1873 , 32 cal., serial #331816B , dated March 29, 1966 with "kings Improvement … Read more

Firearms Experts on JustAnswer are verified through an extensive 8-step process including screening of licenses, certifications, education and/or employment. Learn more