By continuing to use this site you consent to the use of cookies on your device as described in our cookie policy unless you have disabled them.
This answer was rated:
★★★★★
lt;My house is roughly 30...
lt;My house is roughly 30 x 30; 2x8 joists, many of therm 2" thick, in the kitchen area they are on a 16" on center; clear span on these is about 14' 6", at existing 40 psf live and 20 psf dead, or even 10 psf dead load, which is too much span according to CWC Span Book, 1999.
Adding up all my weights, of concrete floor leveler, tiles, existing framed plaster wall perpendicular to joists, planned quartz counter top ( at 140 pounds, or 10 psf { 7x2] ), I get more than 20 psf dead load. At 40 psf live, and 25 psf dead, I think I have 65 psf total load. That is what I ran the numbers with.
Now these loads are in certain areas. The floor fill was concentrated in the center portion, the countertop goes where it does, the existing plaster wall is in a specific spot, as well as the refrigerator. Only the floor tiles, and the framing itself are really spread evenly over the entire floor.
I came up with 4,095 total pounds, at 65 psf, for a 9 6" ' x 7' rectangle of floor supported by a new mid span beam. That would be 431 pounds per LF of existing and planned load, for that beam. Joist to joist, outside measurement is 8' 2 1/2", I am adding 8" on either side of end joists to get 9' 6".
So, assuming an 8' clear opening, I find that a 3 ply 2x8 will accept 571 pounds per LF; using 6x6 posts, and a 16 x 16 x 10" concrete footer; with 2 1/2" bolts every two foot along the beam.
This would reduce the existing joist span to less than 7', which is well withing the span tables.
Is this right?
For added security I could always use an LVL, at 9 1/4" depth at 3 1/2 " wide, and get 1162 pounds plf capacity, especially since I am not considering seismic loads, which I think should be considered because of fracking, and our tectonic plate is breaking up on its underside, so I read lately.
I will send the floor plan that I have from work, where I can scan and email stuff.
Thank you ,
Brian
Show More
Show Less
Ask Your Own Structural Engineering Question
Share this conversation

Verified
HelloI can help
Customer reply replied 6 years ago
I have a drawing I can send you.

Structural Engineer: StructuralEng, Consultant replied 6 years ago
Please attach with the paper clip icon
Customer reply replied 6 years ago
here is the floor plan of the kitchen. The exterior wall is to the right, the girder is to the left, the left wall of "pantry".
1925 construction, 2x8 joists, in this are, at least, 16" on center. As before, the clear span on joists is +/- 14'6" Way over span.
My new beam would sit about 6' 4" from foundation wall, so not quite center. cenetr is not achievable because of light fixtur in the way, etc. In any case, this would reduce the joist span to less than 7' for each side.
# ply 2x8 beam, treated southern pine, on 6x6 treated post, probably southern pine, on 16 x 16 x 10" concrete footer, assuming 1500 psf undisturbed soil, under basement slab. Soil around here is clay, so it's probably much better than 1500 psf. Concrete is Sakrete mix, 4000 psi. Notch post to accept beam, bolt with 2 1/2" x 6" hex bolts; then same every 24", at 2" from top and bottom edge, along beam. That is what I am planning right now. Good enough?
DOC010.pdfDOC010.pdf
Customer reply replied 6 years ago
3 ply 2x8 beam

Structural Engineer: StructuralEng, Consultant replied 6 years ago
Thank you. I will look now
Customer reply replied 6 years ago
also, planning this for an 8' clear span, thus two posts, one on either end. The joists run from left to right across the drawing.
Post height will be less than 8' tall, way less; basement floor to joist bottom is 6' in this area.

I get slightly different results. Assuming Doug-fir no. 2, get get an allowable line load of 475 plf for strength. If, however, you want to limit the deflection to L/600, as you should with a ceramic tile floor, then the allowable line load is only 325 plf (assuming 20% of the total load is dead load, this matters for creep deflection).

Customer reply replied 6 years ago
Thank you for your reply. I was working with a deflection of L/360, which amounts to 3.2 16ths over 6', which is about what I achieved with my floor leveling. I was also intending to use treated Southern pine. My supplier has only SPF for untreated lumber, in this size. The cost difference between the two is kinda minimal, and the beam will make access through this area difficult and unlikely anyway. So could it work with 3 2x8 southern pine, or also, would it work with as you suggest 3 2x10, SPF?
And the footer, post , and clear span are okay?
Thanks

I assuming an 8' clear opening per the original question. I then increased that to 8'-3" to account for center to center of bearing.

southern pine is stronger, but not as stiff as doug-fir. Since deflection is controlling, it would still require the triple 2x10

Customer reply replied 6 years ago
I took " 8' clear" off the span/load tables, I should be more clear. The actual clear span, inside post to inside post, will be
7'3 1/2".

Once you go to the triple 2x10, you can also use SPF

A 6x6 is plenty for the post. The 16" x 16" footing is acceptable from a bearing pressure perspective, but it is small. I would go with a 2x2 if you can increase the size without a lot of pain.

That helps, but doesn't help enough to get it down to a triple 2x8

Customer reply replied 6 years ago
OK Thank you,
So, you are recommending best is 2x2 x10" footer, 6x6 post, and triple 2x10 SPF, my default because of supplier limitation.
There will be rebar in the footing, 3 #4 , the bolts in beam as discussed.

Verified
StructuralEng and 87 other Structural Engineering Specialists are ready to help you
Ask your own question now
Customer reply replied 6 years ago
Hello, here is a follow up question, just as the work is getting started. Digging down, I find a drain pipe for sump pump, well into my footer. So I have to move the footer over, closer in to the other posts, but now I am concerned about cantilever. I can't draw this, of course, and send it to you, but the first joist is 12 " off foundation wall, where the outside face of 6x6 post is about 21" off foundation wall. So this first joist is cantilevered about 9". Is this any concern? Do I need bracing under the cantilever?3 pictures, the tool handle shows the drain pipe
Thanks 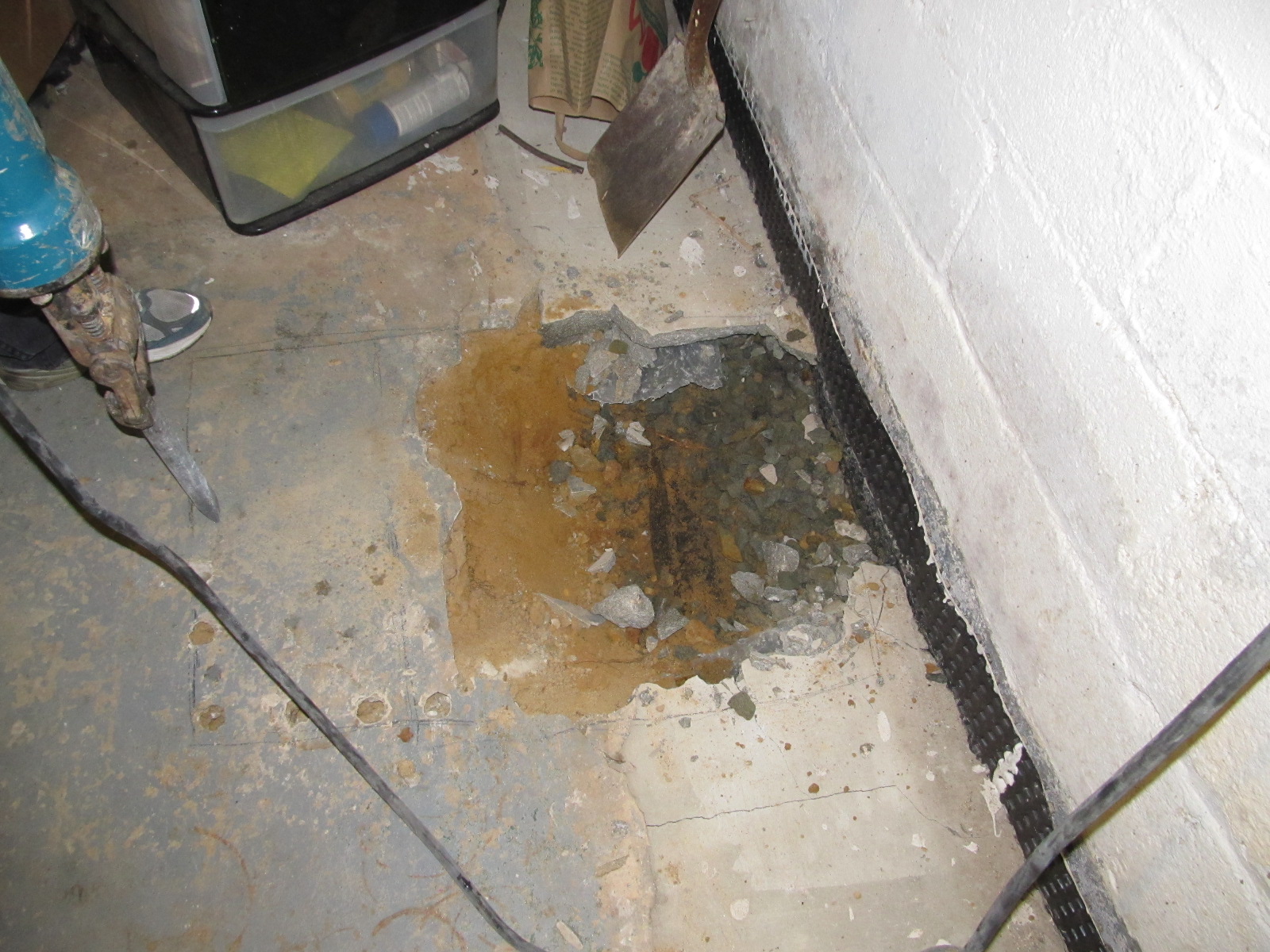 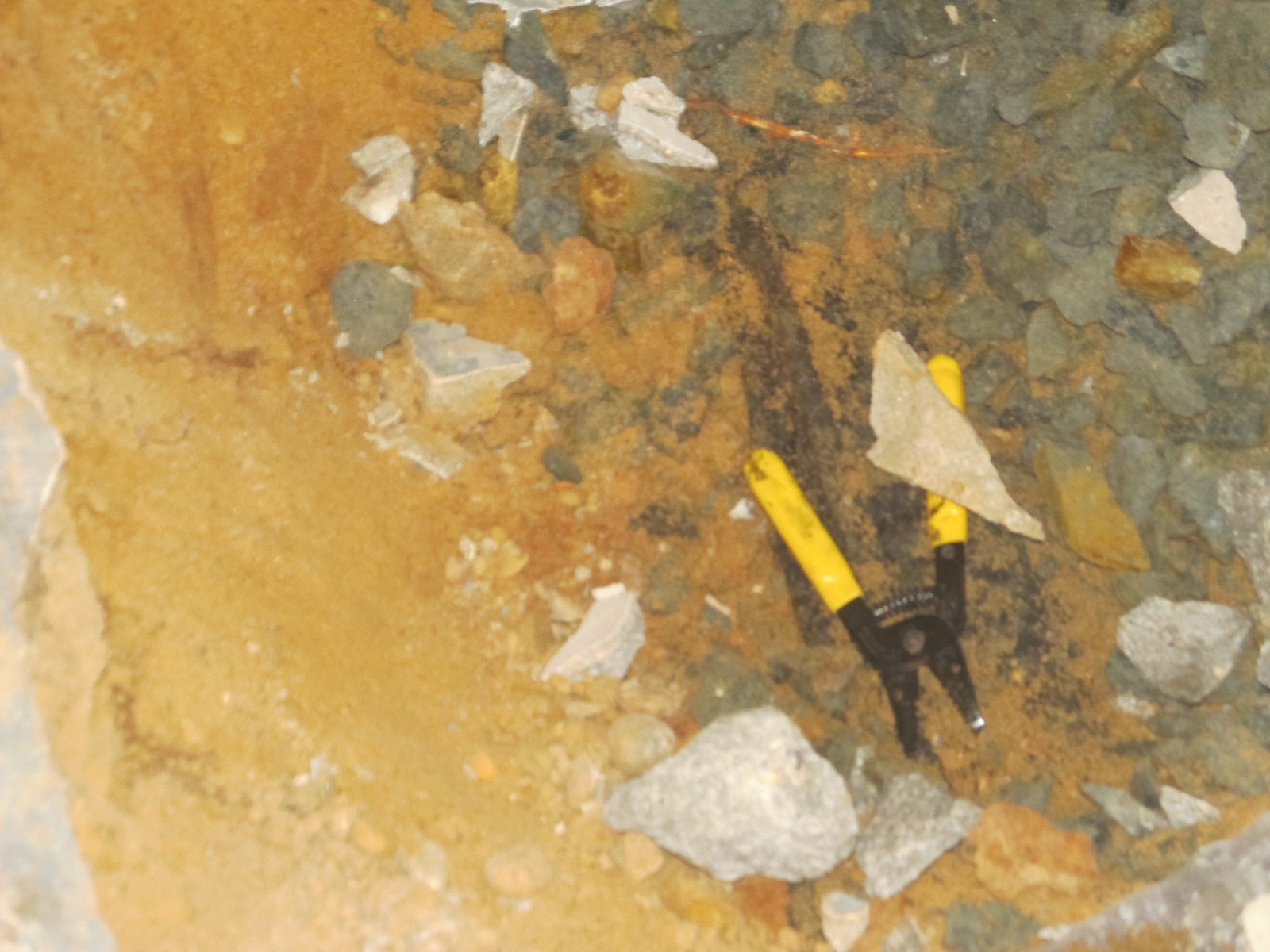 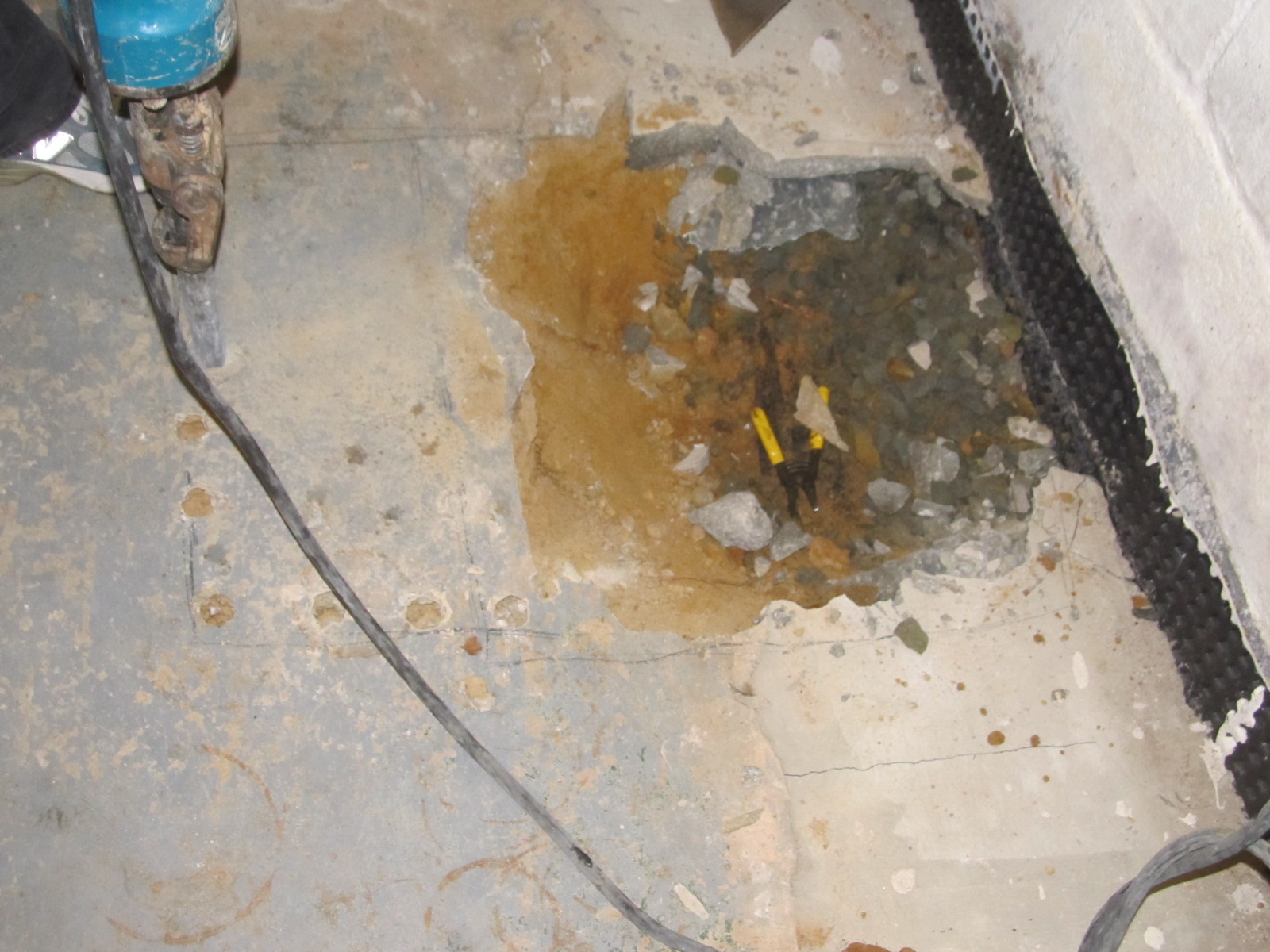 Chat 1:1 with a structural engineerLicensed Experts are available 24/7

walkereng
Consultant
Bachelor's Degree
4,728 satisfied customers
Show more
Disclaimer: Information in questions answers, and Show Less
Disclaimer: Information in questions, answers, and other posts on this site ("Posts") comes from individual users, not JustAnswer; JustAnswer is not responsible for Posts. Posts are for general information, are not intended to substitute for informed professional advice (medical, legal, veterinary, financial, etc.), or to establish a professional-client relationship. The site and services are provided "as is" with no warranty or representations by JustAnswer regarding the qualifications of Experts. To see what credentials have been verified by a third-party service, please click on the "Verified" symbol in some Experts' profiles. JustAnswer is not intended or designed for EMERGENCY questions which should be directed immediately by telephone or in-person to qualified professionals.

Over 35 years of Structural Engineering experience.