How to search family tree? My moms dad live in Rochester NY…

Customer Question
How to search family...

How to search family tree?

Expert's Assistant: I did a little digging into my family history: we have a lot of dead eccentric Brits in our family tree. I hope you find some fascinating characters in yours. Please tell me everything you can so the Genealogist can help you best.

Expert's Assistant: Is there anything else important you think the Genealogist should know?

My mom was evelyn larabee her mom was beatrice ball. my mom was 7th generation of Larabee and he dad was 6th

Answered in 12 hours by:
Genealogy Expert: A. Schuyler, Genealogist replied 1 year ago

You research a family tree by obtaining the records of the birth, marriage and death of everyone that you can find. Most people can easily obtain that information for their parents, grandparents and often their great grandparents. Then you search wills, deeds, tax records, church records and military records to help flesh out your family tree.

Please let me know if this isn't clear or you want anything explained further.

If you know their dates of birth, you get their birth certificates from the government, also their marriage record and their death records. That will give you the names of their parents. Then you can use that information to get the birth and marriage information for your grandparents. Canada does not make modern records available online. In fact not many old records are available either. For anyone born after about 1910 you have to get their birth record from the province where they were born.

You can get military records as well, but you have to know which branch of service (army, navy, etc.) that someone served in and when they served. It also helps to have their service number.

As clear as I can tell, William Clarence was the only one born in the US. In one of his border crossings in 1946 he said he was born and raised in the USA until he was about 8 and had been back for short visits later.

Customer reply replied 1 year ago
My beautiful mom evelyn passed of cancer and my dad was murdered. Just trying to research more about their pass. Here is the info I found. Apparentlly we had an Indigenous princess married into the Larabee family on mom side but not sure if its true my mom was Evelyn Larabee. Any asdistance or help would be nice. 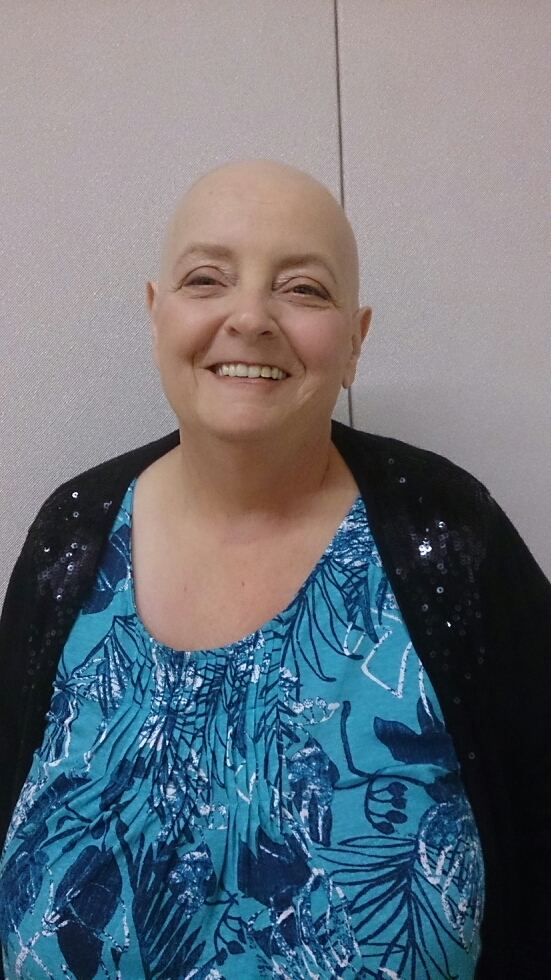 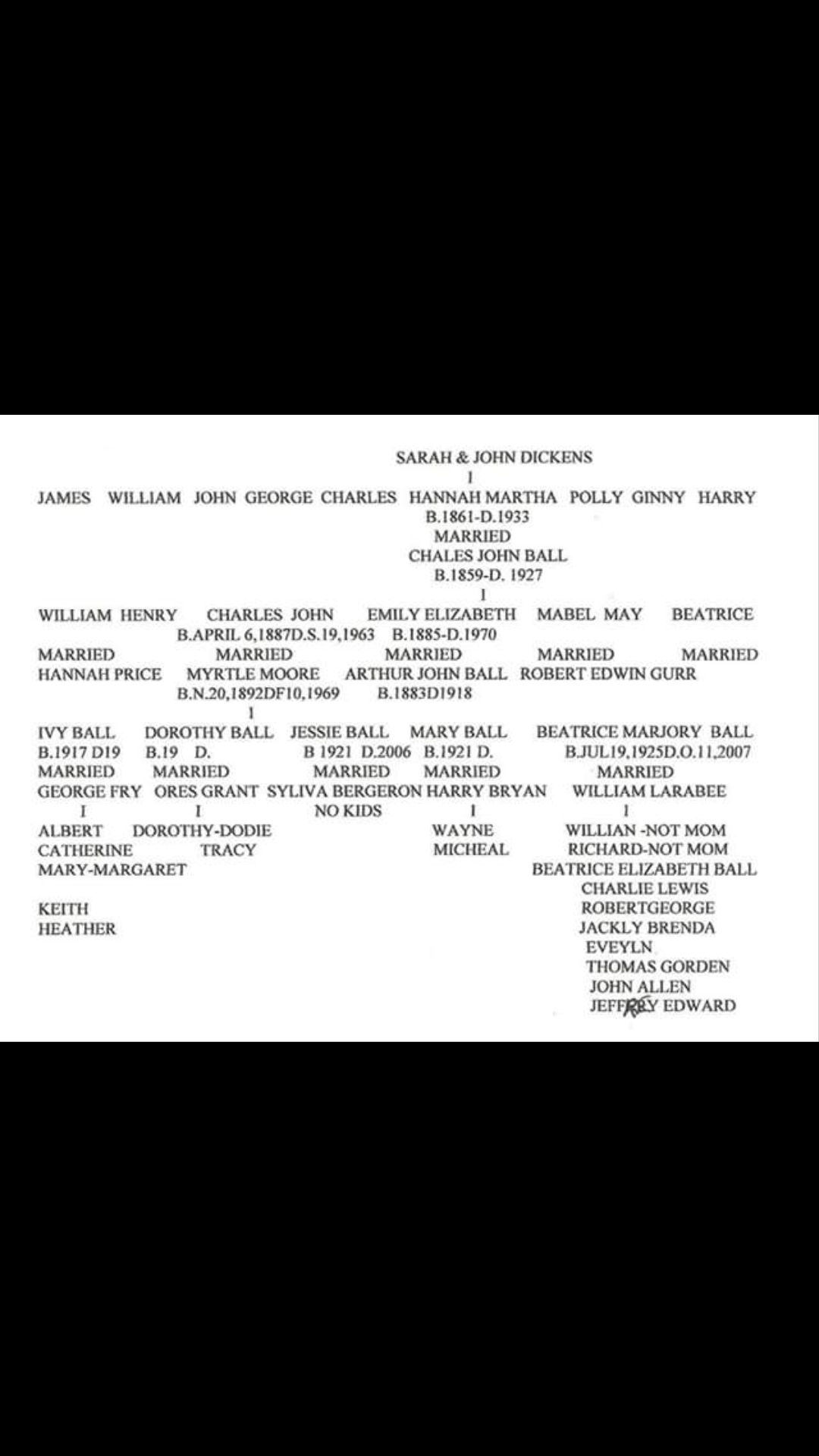 Your mother was lovely!

I can't tell you how many families I've researched who've had an "indigenous princess" marry into the family. Of course, Native Americans didn't have."princesses" and no records could ever be found. Then when the family took DNA tests there was not one iota of Native American DNA. So while it is possible that there is some truth to these family tales, the odds are that they are just stories told 'round the fireplace on a cold winter night.

To learn more about your mother's passing, you can get her death certificate. That and questioning any remaining members of the family are the only way to get information about modern deaths (generally anything after about 1900-1910). Governments have privacy laws that severely restrict access by the general public, but direct descendants are always able to get documents. If she died in Ontario, here is more information:

By the way, Larrabee and it's many spellings was originally an English name, not German.

There are no records to connect the Connecticut Larabees to the Royal b 1772 in New York.

Another William Larrabee married in Massachusetts in 1655.

The first record of a Larabee (any spelling) I saw in New York was the marriage of Thomas Larrabee to Amy Colwell 03 May 1782 in New York City.

Perhaps the person who published the paper you sent me has Bible records or other original information to support what s/he has written, but I found no records for the earliest generation.

Customer reply replied 1 year ago
Thank you my mom was beautiful and taken too soon. Apparently the spelling of Larabee was different in the 1700's. The name was spelled laraby in 1700s (according to my moms cousin). The only record I could find about Indigenous chief daughter was Melissa Larabee who was taken in my Iroqouis but that was because she left her ban due to marrying a white man and Iroquois accepted her. My mom Evelyn Larabee passed from cancer in March 13 2015. I dont have info to my grand parents birth certificate except the Beatrice Marjory Ball (my moms mom) family tree that my cousin sent me. She said that Charles Dickens is related from the ball side? As for my moms dad he was William Clearance Larabee and her cousin sent me the Larabee doc that I sent you.

Spelling wasn't a matter of anything "changing." Spelling just wasn't a big deal until about the 1900s. Even well-educated people might spell the same word differently within one letter. And some families even spelt their surnames differently.

You don't want to be looking for a family tree. What you need is to apply to the health department where they were born and get the actual birth record. Most family stories are full of errors.

None of Charles Dickens daughters married a Ball, which would be the only direct way to connect to him.

Customer reply replied 1 year ago
My Grandmother told me her Grand mother Hanna Martha was from the dickens. She married Charles John Ball her gf. So she said relation came from Hanna Martha Dickens?

Charles Dickens didn't have a daughter or granddaughter named Hanna Martha. But that is another subject altogether. We cannot research more than one question at a time.

100% satisfaction guaranteeGet all the answers you need
Share this conversation
Related Genealogy Questions
I would like to know my family history, Well I know I'm
Well I know I'm supposed to be Scottish I and German on my dad's side … read more

A. Schuyler
Genealogist
17,440 satisfied customers
Show more
Disclaimer: Information in questions answers, and Show More
Disclaimer: Information in questions, answers, and other posts on this site ("Posts") comes from individual users, not JustAnswer; JustAnswer is not responsible for Posts. Posts are for general information, are not intended to substitute for informed professional advice (medical, legal, veterinary, financial, etc.), or to establish a professional-client relationship. The site and services are provided "as is" with no warranty or representations by JustAnswer regarding the qualifications of Experts. To see what credentials have been verified by a third-party service, please click on the "Verified" symbol in some Experts' profiles. JustAnswer is not intended or designed for EMERGENCY questions which should be directed immediately by telephone or in-person to qualified professionals.