I have two kentucky...

I have two kentucky long arm rifles that have been in the family for generations, but originate from

Expert's Assistant: How can the Gunsmith help you with your firearm? Please tell me everything you can so the Gunsmith can help you best.

Sorry - got caught off: here's the limited information I have on my two rifles: Long Kentucky flintlock rifle altered to percussion with full curly maple stock and long brass patch box and a few solid silver and brass inlays. Of the type carried by the Revolutionary War soldier.
Kentucky rifles from the Dr. T. B. Snyder collection. Dr. Thomas B. Snyder, of Phoenixville, PA, gathered his famous collection over a period of forty years. Most of his rifles came from the backwoods of Pennsylvania where the KY rifle—deadly accurate American weapon of the woods and plains—was first developed about 1740. A good number of these rifles are illustrated in Dillin’s book—Bible of Collectors.
Percussion Kentucky rifle with half stock. Brass mounted including fine patch box.
The longer of the two is 54 inches. “Atkinson Ltd” is printed on one. There is brass scroll work on both rifles. The second rifle is 49 inches long. There are cursive initials, that are difficult to read. There is scrolling on the left side and several wild game on the right. No repairs or cleanings have been done over the years.

Expert's Assistant: Is there anything else important you think the Gunsmith should know?

I only have provenance back to Thomas B. Snyder, who broke up his collection sometime prior to 1930. My grandparents purchased two of this rifles at that time.

Hello! I will be assisting with your gun question today.

Given the Dr. Thomas B. Snyder firearm collection source and your description the one that is 54" would be an originally flint lock converted to cap later Pennsylvania Long rifle (which are often called Kentucky rifles).

This should look something like the photo posted below although the type of wood used for the stock varies along with scrolling, etc. These are normally with rifled barrels.

The one marked Atkinson Ltd would be a percussion type rifle made by Joel Atkinson in the 1880s. He was an American gunmaker although many made around that time were from German gunsmiths who immigrated to new settlements in south eastern Pennsylvania in the early 1700s. The manufacturing spread to Virginia in later years. These gunmakers were very familiar with German rifles which seldom had barrels longer than 30 in., and were large caliber rifles using large amounts of lead. The smaller caliber rifles gave them more ammunition and reduced the amount of weight they needed to carry on a hunt. The longer barrel also gave the black powder more time to burn causing the muzzle velocity and accuracy to be greatly increased. A rule of thumb used by those gunsmiths was to make the rifle no longer than the height of a customer's chin because of the necessity of seeing the muzzle while loading. The longer stocks were easily made from the large amount of trees in southern Pennsylvania which was much greater than that of Germany. The longer barrel also allowed for finer sighting. Atkinson made many of these type rifles in southeastern Pennsylvania and then continued with his son Wyat Atkinson in Parkesburg Kentucky around the turn of the century. Atkinson was known as the maker of a full maple stock, flintlock Kentucky rifle, with ornate patch box and with barrel octagonal at the breech. The exact number made are unknown but it is known that the rifle was produced in significant numbers. The vast majority were flint and later converted to cap. If you have some photos that would be a big help. Overall photos of each side and then closeup of both sides of the firing mechanism along with a couple showing condition of the barrel and stock. The 54 and 49 inch lengths are standard for almost all rifles of this type. The Pennsylvania rifles were made from 54" up to 70"with most in 48 caliber. This type of rifle is still in production like this one:

The newer rifles are mostly in 50 and 54 caliber but the older ones were made in 40 caliber up to 62 caliber.

Without seeing the rifles and given that this was in the Snyder collection they should be well taken care of and likely in very good condition. The photos will help greatly in seeing the condition and any flaws noted. Also, there are variations but most rifles made by Atkinson were the same type curly maple full stock Pennyslvania Long rifles. Assuming the Atkinson marked rifle is in "very good" condition and it is a Long rifle this would value to the range of $595 to $1100. This range is so large since the exact condition state is assumed and the value changes depending on if you are selling to a private party or dealer. Private party sales are almost always significantly higher than that of a dealer or shop transaction. The rifle at 49" is likely in 50 caliber with a dark brown, flat rust finish that was very common for the 1800s manufacture. This rifle type normally has a 32" barrel, often octagon and rifled. With no photos or definitive maker information a "generic" value of this rifle would place it in near a $490 price point. The value varies widely with the limited information available and the fact that this rifle design is still made today new for $520. If this was a rifle from the Snyder collection then it is likely an original 1800s manufacture with the bulk being from 1792 to 1803 and forward to 1827. This photo is likely to be the style rifle you have:

These were contract rifles and not what you have but the style is probably close.

If this is in the manufacture range of the early to late 1800s it would value around $500. If the rifle maker can be determined and a closer date/model established it could go all the way to $1325. A few rare rifles of this type will value in the $12,000 area but these are rare and if I were guessing not what you have especially taking into consideration your design details. Manufacturers would have been in the same southern Pennsylvania, Virginia, Kentucky Appalachian regions as your other rifle but made by a German gunsmith instead of the American Atkinson. I hope I have help shed some light on what you have. If you upload some photos I likely will be able to tell you more detail. If you are satisfied with my service without the photo upload that is fine and I just ask that you will mark my service 5 stars so the question will close and the company will give me credit for the time spent assisting you today. I will get a notification if you post again and will come back in to review any additional information added.

You should be able to see the photos attached. If you have any problem seeing them let me know. Thanks for your question! 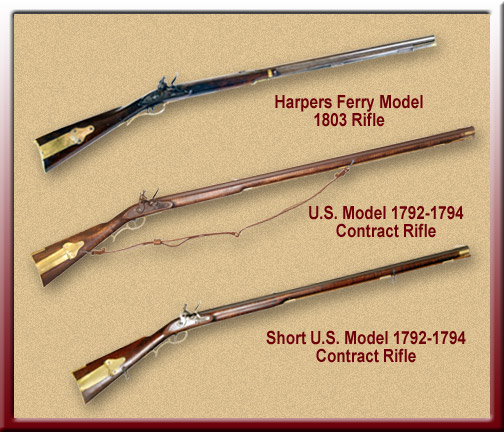 Verified
Dr. Bang and 87 other Blue Book of Guns, Firearms Appraisals Specialists are ready to help you
Ask your own question now
Was this answer helpful?
Yes
No

Chat 1:1 with a firearms expertLicensed Experts are available 24/7

Philip Van Cleave
Associate Degree
Master's Degree
2,635 satisfied customers
Show more
Disclaimer: Information in questions answers, and Show More
Disclaimer: Information in questions, answers, and other posts on this site ("Posts") comes from individual users, not JustAnswer; JustAnswer is not responsible for Posts. Posts are for general information, are not intended to substitute for informed professional advice (medical, legal, veterinary, financial, etc.), or to establish a professional-client relationship. The site and services are provided "as is" with no warranty or representations by JustAnswer regarding the qualifications of Experts. To see what credentials have been verified by a third-party service, please click on the "Verified" symbol in some Experts' profiles. JustAnswer is not intended or designed for EMERGENCY questions which should be directed immediately by telephone or in-person to qualified professionals.

As a licensed gun dealer and certified appraiser I look at and handle hundreds of guns per month. I appraise, buy, sell, repair and restore guns everyday.