I have a single shot lever action that only shoots 22

I have a single shot lever action that only shoots 22 shorts. The stock end half of the barrel is Octagon and it has Pat. Apr. 1794. I was wondering if you could provide some information on this old gun. Thank you

Expert's Assistant: How can the Gunsmith help you with your firearm? Is there anything else the Gunsmith should be aware of?

The barrel has a number 78968 and the trigger/lever/

Show More
Show Less
Ask Your Own Blue Book of Guns, Firearms Appraisals Question
Share this conversation
Have a specialty? Apply to be an Expert

Do you have pictures of the gun you can attach for me to look at to determine the make and model? Use the paperclip icon to attach pictures.

It sounds like a model 1873 Winchester, but the patent date is way off. The 22 Short was developed in 1857 for the S&W revolver and the first lever guns were made in 1860.

Customer reply replied 3 years ago
Tom, The lever only opens the chamber and you insert the bullet and close the lever. You have to also cock the hammer back before shooting. I have a friend who has an 1873 Winchester and this is not one this one is a single shot 22. I know this gun is at least 1894 or earlier because my Grandfather was 8 when he got it and he was born in 1886. I am technically challenged and will need help with the picture thing unless I can send one via a text. Thanks Dick
Customer reply replied 3 years ago
Is this all I get for $5???

Sorry, I had things to take care of in the shop.

If you have a picture on your computer or a smart phone click on the paperclip icon on the toolbar. Next click on choose file and it will take you to your pictures or documents. Click on the picture and then on upload. It should attach the file for me to see.

Your original post may have been error with the patent date, did you mean 1894 instead of 1794?

I have attached a picture of a Stevens Favorite, it's a "Falling Block" with a small lever to open and close the breech. Does this look like your gun? 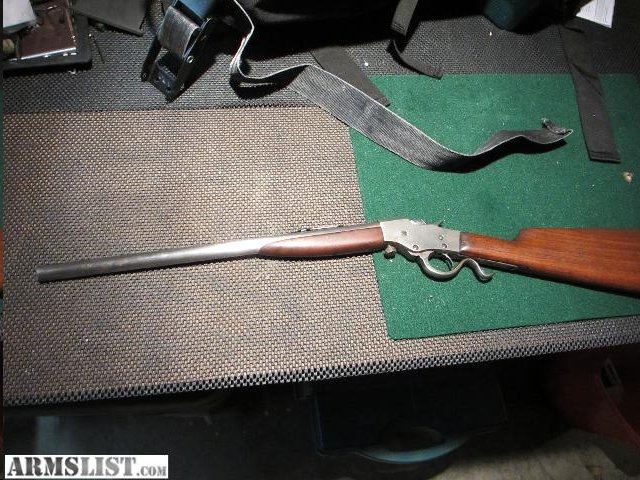 The following is called a "Tip-Up" rifle also made by Stevens. It is a little different than the Falling Block rifles. 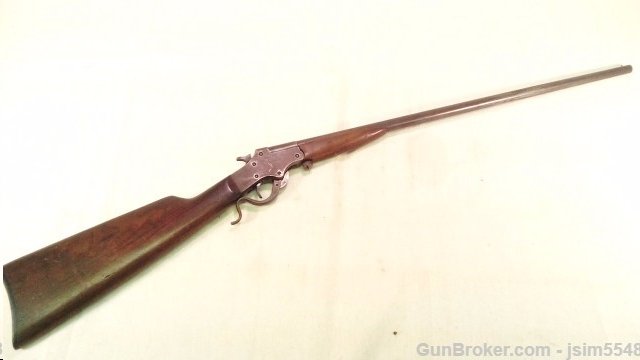 I uploaded the wrong image for the Tip-Up. The following is the correct one.

3c90f650-1afb-49f6-b088-...jpg3c90f65...jpg
Customer reply replied 3 years ago
Tom, sorry for the smart remark just thought you had left me thanks for getting back. It is the "Falling Block" one you pictured but with small differences. The wood stock under the barrel is larger on the one in your picture and on mine the barrel above this wood is 5 sides of an octagon the same length as the wood stock, then it transitions into round. The barrel is 20 1/2" long and the part that is 5 sides of an octagon is 6". Yes it is 1794. There is a number on the barrel, 78968 and a number on the falling block, 80 355. The overall length is 36". I just sent a picture to your email address***@******.***Tom if you don't get back to me until Monday I understand. Dick

Without seeing the picture I'm sure it is one of the early Stevens "Favorites" They are referred to as Boys Guns and "Youth" rifles quite often because of the smaller size. They are very popular in the area where I live and are often called pig guns because they were used on local farms when slaughtering pigs.

I have restored many, the most recent in Feb. of this year. I have pictures somewhere, but haven't been able to locate them yet. They may be in my old phone.

About 50% had the octagon / round barrels and some like the last one I I restored had a 24" bull barrel. Rear sights were either the dovetail sight on the barrel or a tang sight. I am attaching pictures of guns with both styles and with the same barrel that you have.

Values run from $50 to $600 or ore depending on the condition. There has been some collector interest recently which can drive values up. The Stevens Favorites were introduced in 1894 and were made through the 1940's. There were also commemorative guns made in the 1970's.

I may need to give my email or text for the picture you sent, it can take a couple of days for them to forward a picture to me. 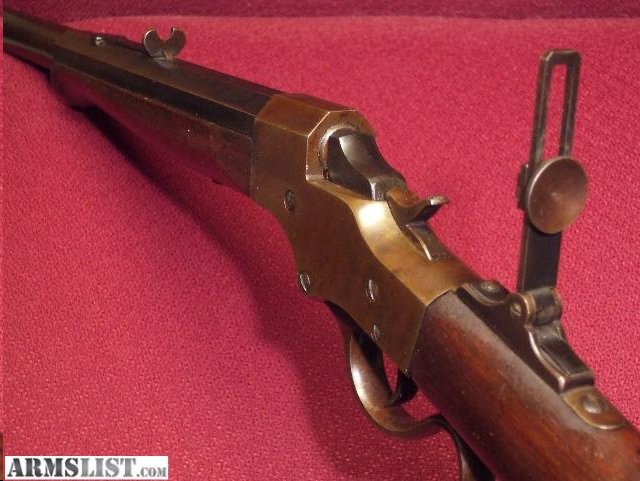 4aaec2f9-9476-4f8f-a9e5-...jpg4aaec2f...jpg
Customer reply replied 3 years ago
Tom, it is the first picture. The story behind my grandfather getting this gun is right in line with your story. His father was using the gun to kill a pig and it miss fired several times so being a good calm Irishman he cussed it out and threw it into the weeds. After he calmed some my grandfather asked if he could have the gun and his dad told him why would you want something that doesn't work? And he told him to take it. It still shoots well and my grandsons now shoot it as well. It is not for sale just curious about it's history. Looking forward to your comments after seeing the picture. Thanks for all you effort. Dick Kirkpatrick

Are you in PA by any chance? South Central?

Customer reply replied 3 years ago
No Tom I live in the mountains of Colorado only been to PA on business.

As soon as I get the picture I will get back to you. If I don't have it by 5 tomorrow I will give a text # or email to re-send it to me.

Customer reply replied 3 years ago
Sounds good to me thanks. Dick

I haven't received any pictures yet so try sending to one of my email accounts.

I'm sure your gun if fine mechanically, but the overall condition rated on the original finish would be about 30%. Combined with a good mechanical condition it is approximately 50% with a value of $100. I'm sure the sentimental value is much higher and that is the main reason so many have been restored lately.

I would seriously consider at least re-bluing the metal to prevent rust. The barrel can be done alone or the complete gun refinished, either way you want to protect the metal so it lasts another 100 years.

Keep a light coat of gun oil on the metal and polish the wood with lemon oil. (not a furniture polish with lemon oil) I use "Old English Lemon Oil". It is one of the best things you can use on wood. It will condition and preserve it.

I am trying to download the pictures from the last one I restored from my old phone, I thought I had downloaded them before switching to the new one, but can not locate them.

If you have any questions don't hesitate to ask,

Customer reply replied 3 years ago
Thank you for all this information. Do you recommend I send the gun to you to perform the restoration? It does need to be reworked and I am good with sending it to you. Dick

You're welcome, Glad I could help you.

Verified
Tom and 87 other Blue Book of Guns, Firearms Appraisals Specialists are ready to help you
Ask your own question now
Was this answer helpful?
Yes
No

Chat 1:1 with a firearms expertLicensed Experts are available 24/7

alfordap
CEO/Film Consultant
Vocational, Technical or Trade School
8 satisfied customers
Show more
Disclaimer: Information in questions answers, and Show More
Disclaimer: Information in questions, answers, and other posts on this site ("Posts") comes from individual users, not JustAnswer; JustAnswer is not responsible for Posts. Posts are for general information, are not intended to substitute for informed professional advice (medical, legal, veterinary, financial, etc.), or to establish a professional-client relationship. The site and services are provided "as is" with no warranty or representations by JustAnswer regarding the qualifications of Experts. To see what credentials have been verified by a third-party service, please click on the "Verified" symbol in some Experts' profiles. JustAnswer is not intended or designed for EMERGENCY questions which should be directed immediately by telephone or in-person to qualified professionals.

As a licensed gun dealer and certified appraiser I look at and handle hundreds of guns per month. I appraise, buy, sell, repair and restore guns everyday.