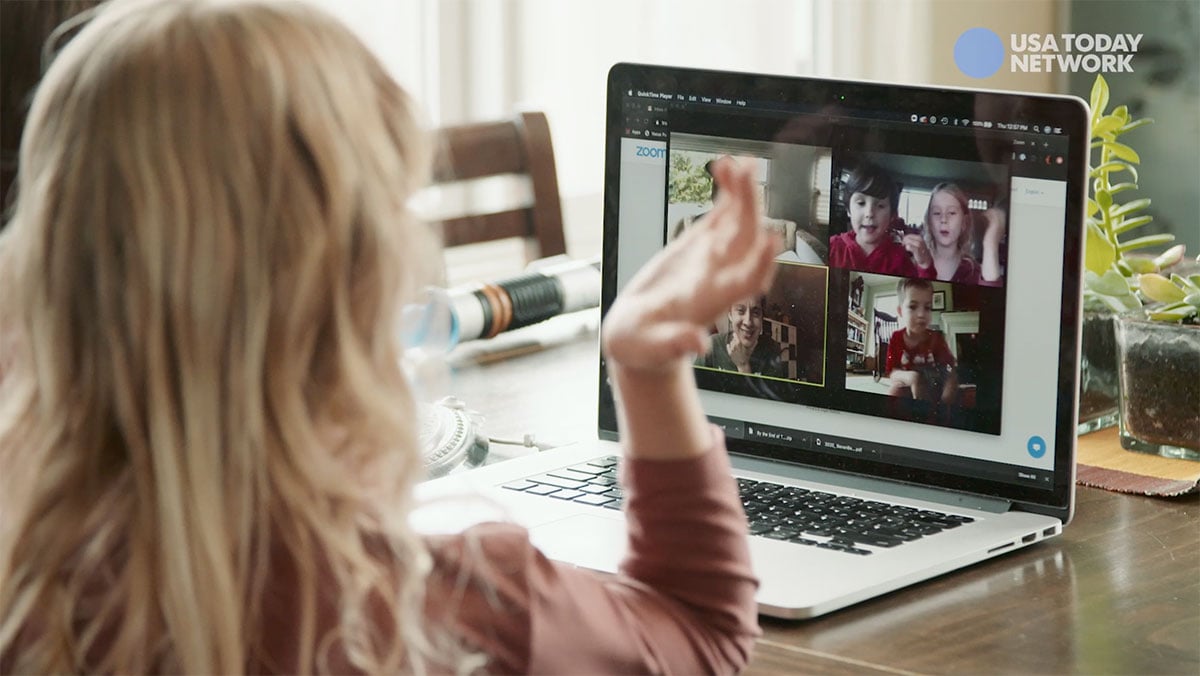 Will online summer camp work? A virtual path worth a try during coronavirus pandemic

This article was originally written for, and published in, USA Today. The author shared it here with permission.

For millions of kids and teens in America each year, summer camp is a cherished part of childhood. It’s often a young person’s first foray with freedom. Or maybe it’s a chance to run wild in the great outdoors, playing all day, and splurging on s’more around the campfire all night. Whatever the case, it’s a moment in the short window of being a kid, where everyone involved can make lifelong friends and lasting memories — and parents can get a little break too.

“It’s another thing that COVID-19 has taken away,” says Licensed Clinical Social Worker, and parenting expert, Jennifer Kelman. Kelman, a mom of 10-year old twins, says she’s getting this question dozens of times every day right now, while she and many other families try to figure out what to do with summer camp plans. “With shelter-in-place orders, this pandemic has taken the connection away for children and adults,” she adds.

STATE OF THE SUMMER CAMP

The U.S. has more than 14,000 year-round and summer camps serving an estimated 20 million campers annually, along with more than a million camp workers. Together, it fuels an $18 billion industry according to the America Camp Association. Now, nearly everyone involved is stuck at home trying to figure out what’s going to happen next with the pandemic. Parents are desperate for answers, while camps are scrambling to come up with a plan to avoid complete shutdown or, worse yet, the collapse of their entire business.

CAN TECHNOLOGY SAVE THE DAY?

Already, at least 22 programs across the country have announced they will hold some form of “online camp” this summer. Just like the internet turned office workers into remote employees overnight, “online camps” hope to bring activities and fun to kids while keeping them safe from the ongoing health crisis.

Pivoting to online courses is a big transition for kids who expected to be spending weeks socializing and making new friends. Many parents also wonder if more screen time is good for kids at this point.

“My kids are changing before my eyes because of how much screen time they’re getting between online learning and just trying to physically connect with her friends,” says Sacramento-based attorney and working mom of two, Leslie Sindelar. “So I’m feeling very anti-tech right now. If our traditional summer camps aren’t available, do I concede and sign them up for online camp anyway?”

The oregon-based outdoor-adventure camp company, Trackers Earth, was among the first to take its after-school and summer classes online last month, shortly after shelter-in-place orders left many parents — and kids — desperate for options. They named the virtual options Trackers Spark. “Our online camps are live, small group interactive webinars,” Trackers Co-Founder, Tony Deis told me over the phone. “It’s usually a ratio of one teacher or guide for a maximum of eight students, and they [the instructors] bring one-of-a-kind skills and expertise to every single day, just like they do in real life.”

Trackers Spark courses are tailored to kids ages four to fourteen, and they offer just about every area of interest you could think of, from outdoor safety and survival, to arts and crafts, even role playing and light-hearted “secret agent” training. Most online camps are 30 minutes to an hour in length and run $5 to $25 dollar for a single class, with discounts if parents buy them as a series.

Deis says the idea isn’t to distract kids with a screen, but rather to use a computer or tablet as a window to the same kind of camp instructor they would follow at an in-person camp. “We want to keep kids active and connected. What each camper does varies based on the topic, but every program is more than passive screen time,” Deis explained.

Right now, all of the Trackers Spark courses are offered in Pacific time zones via private, secure Zoom video calls. Trackers is headquartered in Portland, Oregon, but Deis says they’ve already had campers join-in from New York, Maryland, and even Sweden to take the live classes.

“He shooed me out of the room, before it started,” parent Terrie Jarrell says regarding her 12-year old son’s experience in the recent “Realms: Elite Guard Campaign” class. “He's not forthcoming with details, other than his party fought ogres for breakfast food.”

“These classes have been completely transformative. Particularly while we're sheltering in place,” agreed Oakland mom Saray McCarthy, who says her seven-year-old son is partial to the Evil Secret Agent Academy: World Domination class. “He LOVED the idea of being an evil spy and is really into being the double agent. Trackers creates such an immersive experience, and he just loves that.”

NOT ALL VIRTUAL CAMPS ARE INTERACTIVE

Just like every in-person summer camp is different, each online camp offers its own special take on what kids and teens might want too. Deis says most online camps break down into three categories:

Deis says his company chose to go the #3 route because, “it lets kids be social, connecting with each other, and getting personal interaction with the teacher.”

Another camp founder I spoke with has created a different kind of virtual online camp called Happy Camper Live. It’s packed with web series, live programs, and a 360 virtual tour of their Camp Starlight sleepaway camp in Pennsylvania, no VR headset required. The video activities are taught by real camp counselors — but none of them are interactive — on purpose.

“What we offer is not a Zoom room,” says Happy Camper Live founder Allison Miller. “That might work well for some of the other camps, but we already know that parents are going to be the real camp counselors this summer, and we’ve created a critical resource for both kids and parents. The whole concept is for kids to get inspired and go out and do something new.”

Happy Camper’s videos are typically two-to-six minutes long and cover a wide range of activities such as magic tricks, sports drills, arts and crafts projects, performing arts, and outdoor skills. Each day, there are a handful of free videos, and a yearly subscription costs around $12.

Miller says their goal is to offer kids and parents dozens of different options for fun things they can learn, master, and do on their own — or with each other. “The whole concept is for kids to get inspired and go out and do something,” Miller added. “We can’t bring every kid to summer camp, but we can bring summer camp to them.”

Typically, one of the best things about sending the kiddos off to camp is that the adults get a bit of breathing room. That’s missing from online camps, and most of them suggest a parent or guardian be on-hand — or at least nearby — for additional support.

All of the camp owners I spoke with reiterated that these online courses are not a replacement for parenting. In other words, don't stick them in front of a screen and zone-out for next hour or two. Trackers Spark tells parents before they register for any course, that the classes need some level of guardian supervision, which they rate as follows:

Phone On – Guardians must be in the same house with a phone on for notifications. Example  – Martial Arts

Eyes On – Guardians must be close enough to observe. Ready to help. Example – Cooking

Hands On – Guardians with the camper to offer immediate help and co-guidance. Example – Woodcarving

Will online summer camp work? Absolutely. It already is — as a “recess,” or maybe even “re-set” — of sorts for parents running out of ideas to keep kids entertained, active, and from fraying their last nerve. The classes I’ve audited have been fun, informative, engaging, and an obvious relief for kids and parents alike. Last week, I learned how to walk in the woods without making any noise. I loved that, and so did the half-dozen seven to ten-year-olds learning “tracking skills” along with me. There were also a few times kids seemed so excited just to have others youngsters their own age to talk with, it really drove home the need for continued connection with people their own age.

As a parent myself, I do have one word of warning here — make sure each instructor is properly vetted, as you would with anyone you trust to care for your child, virtual or otherwise. Most in-person camps require counselors to get background checked, fingerprinted, and bring specific skills and experience to the environment. Make sure online camps offer the same. Then — take a deep breath — and get ready to learn some fun stuff too.

All of these online options offer more than any of us could possibly dream up ourselves, so why not use what’s available at our fingertips to help us all get through these trying times? To echo what one of the camp owners said, “when kids are exposed to a lot of different things, it helps them find their passion,” even if that passion this year — is right in our own backyards.