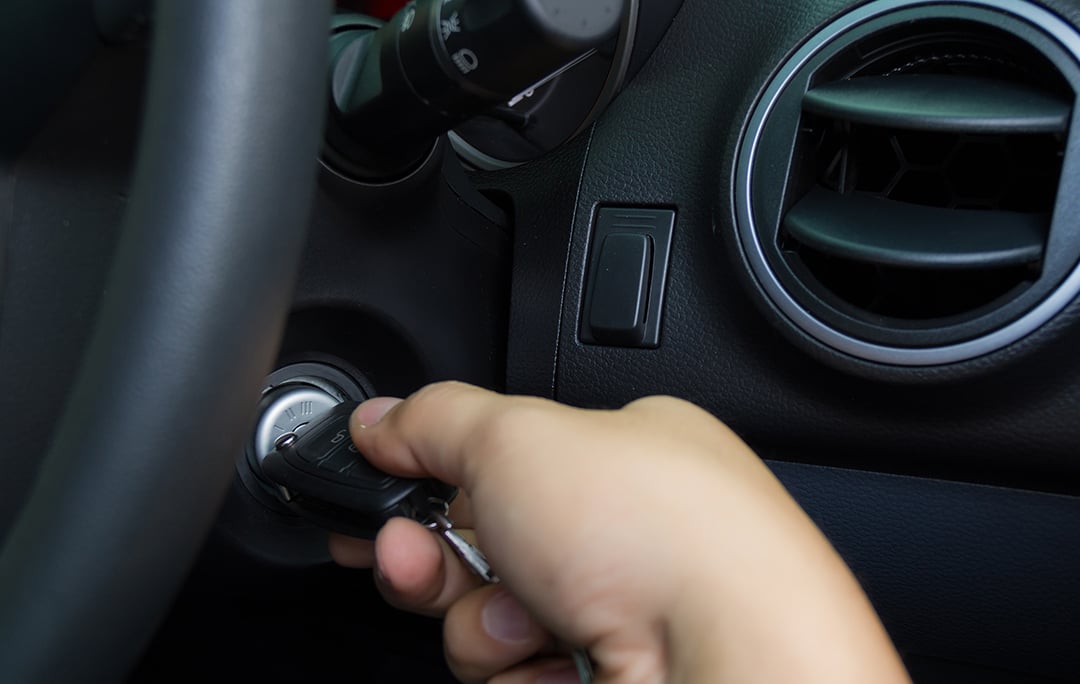 Why Won’t My Car Start

Picture this: It’s a regular weekday morning. You rush through your morning routine and are all set to head out for the day. You get into your car and turn the key in, and then - nothing. Your car keeps whining and turning off on you and you let out a loud, frustrated, and enraged “Why won’t my car start?” There is no picturesque Zen moment after that.

Everyone who has ever owned a car or driven one might have at least once encountered auto parts failures or car problems first-hand. A car not starting and being unreliable is never a pleasant experience. Being aware of why a car won’t start puts you at an advantage because you will know where the possible problem areas could be and check for solutions accordingly.

While there are many reasons for auto part failures and car starting problems, here, we’ll list out a basic checklist for gasoline-powered and electric cars that could help you troubleshoot and diagnose starting problems on your car.

Why Won’t My Car Start? The Case of the Dead Car Battery

A dead car battery is one of the most common reasons why a car won’t start. Luckily, in most cases, it doesn’t happen overnight. If the car battery is old or defective, there will be signs like the car jumping on multiple occasions, dimming headlights, or electricals not working like they’re supposed to.

To get ahead of an impending “car won’t start” moment, pop the hood open and take a look at the battery connectors. Are the connectors considerably corroded and smelly? This indicates a battery problem.

Other tell-tale signs of a failing or dead car battery are a clicking noise when you start the car, the car starting sluggishly, the car won’t start unless you give it gas, or when your engine backfires.

A car battery showing any of the above signs might need a battery repair or replacement soon. To pinpoint the battery as the problem, conduct a battery test. Car battery tests can be done using a voltmeter or power probe. A failing battery would show a reading below 12.2 volts when you connect the voltmeter to the car battery terminals. If you evaluate the battery using the power probe and the probe shows a reading below 9.6 volts when you crank the car on, your car needs a battery repair or replacement.

Why Won’t My Car Start? Are the Cables Intact?

If you’ve checked the car battery and all seems to be fine with it, you need to troubleshoot further to find out why your car won’t start. Check for corrosion at the battery connectors. Has the damage caused the cables or wires that are going to and from the battery to come loose? Then maybe the broken circuit is the reason why your car won’t start.

If the wires are intact, check if the car battery terminals are corroded or show an excessive amount of greenish residue on them. Corroded terminals could be the reason your car won’t start as the residue often makes the wires come loose or hinders the connection.

Sometimes all it takes is cleaning up the corroded terminals and fastening the loose wires back to get the car running again.

Why Won’t My Car Start? Is It Car Starter Problems?

Do you hear a clicking sound when you’re trying to start the car? If yes, it is highly likely that the starter is not working right.

A starter is a motor that is connected to the car battery and sets the car engine components running. A faulty starter could very well be the reason your car won’t start.

Remember the way you whacked an old device or remote each time it wouldn’t work? Time to use that trick again. You can try tapping (not pounding) the starter with a hard object the same way to move the chemicals inside and get the starter working again. This trick might work once, but if it doesn't it may be time to replace the starter for good.

Why Won’t My Car Start? Is It the Alternator? 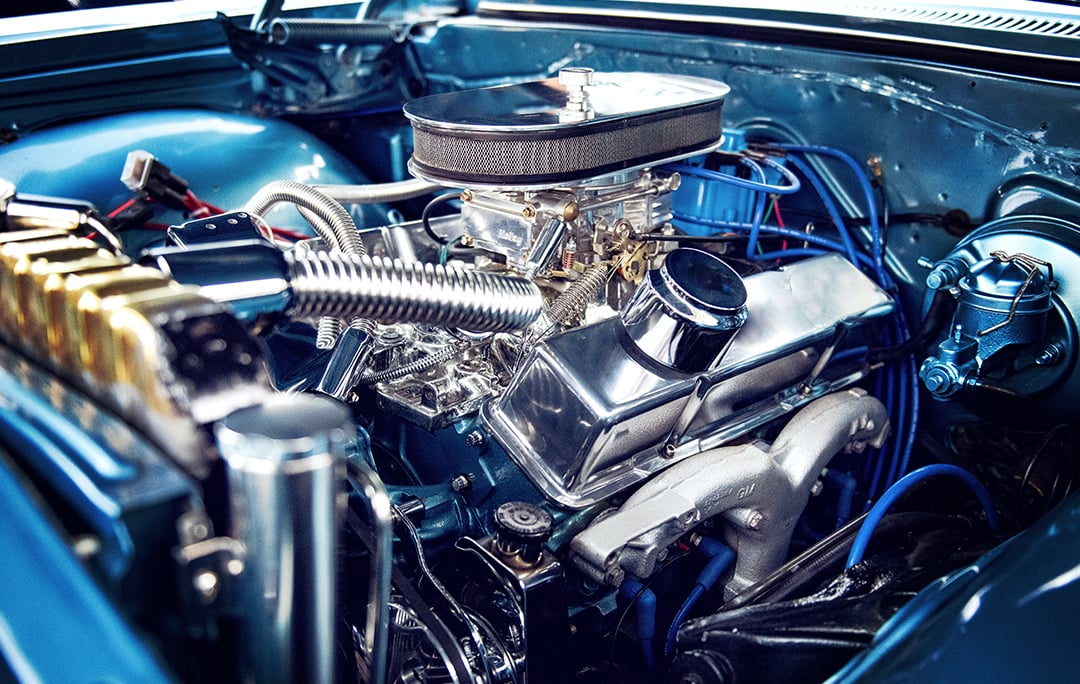 Another component that can go bad and cause a car not to start is the alternator. Alternators are located towards the front of your car’s engine and are powered by the belt with which it is linked to the engine. The alternator charges the battery and without it, the battery won’t get the charge it needs while driving. There may be no hack for this one. A dead alternator is no good and needs to be replaced.

Why Won’t My Car Start? Is It a Defective Ignition Switch?

If your engine refuses to start, that could be one of the signs of a bad ignition switch. The switch is supposed to send power to the starter motor, engine controls, and ignition controls, but if it goes bad – and all electrical switches in a car eventually go bad – these systems won’t get the power they need to start up.

Check the ignition switch this way: Turn the key to the start position and let go of it. Let the key come back to the “on” position and the warning lights will tell you what you need to know. If they’re on but go off when the key shifts back to the “on” position, your ignition switch is bad. You’ll have to replace it or have it replaced by a mechanic.

Why Won’t My Car Start? Is It a Clogged Fuel Filter?

All gasoline-powered cars have fuel filters to clean the oil before it gets to the engine. Naturally, the filter is then susceptible to debris build-up, and it can become clogged. An engine that won’t turn over is the most common sign of a clogged fuel filter because it cuts off the oil supply reaching the engine. If your car won’t start at all, that means the filter is fully clogged.

An anti-theft system can be a wonderful thing to have. It involves an electrical circuit that disconnects in case of suspicious activity or threat. But there are times when it’s triggered without any threat at all, and it immobilizes your engine at the most inconvenient moments.

If the anti-theft system is engaged so that your car won’t start, there are several things you can try to disengage it. Start by checking your car’s battery. If it’s dead or dying, the car can’t read the security code on your key fob. Check your battery connections and, if necessary, jumpstart the battery. This is likely to solve your problem.

If the battery is fine, try disconnecting the positive terminal and waiting for a minute or two. When you reconnect it, make sure that both terminals are tightly attached. This should reset the computer system and allow you to start the car.

The key itself could also be a problem if it’s damaged or broken. In that case, the built-in chip that sends a code to the alarm system might not be working. Try using your other key. If that doesn’t work, take your keys to the dealer for a scan of their transmission system.

Alternately, turn the key to start the engine and leave it in that position for 10 minutes. Once the security light goes off, turn the ignition off, wait 20 seconds and crank the engine again. This just might do the trick of getting your car to start.

Another trick with the key is useful if the “Theft System” light on the dashboard is on. Try inserting your key in the ignition and turn it to the right only slightly, where the vehicle is on, so the radio and dashboard lights are on, but the engine is off. Keep the key there for 10 minutes or so. Eventually the “Theft System” light will go off and you should be able to start the car. 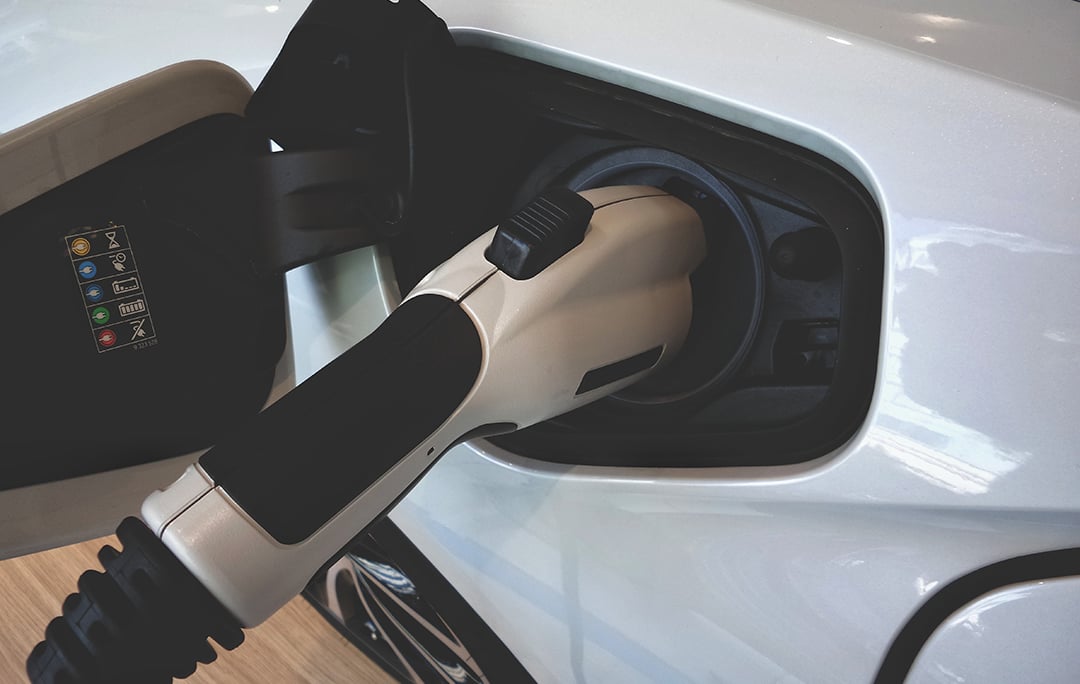 Electric vehicles (EVs) are easier to maintain than gas-powered ones, but that doesn’t mean they’re problem-free. There are many reasons why an electric vehicle won’t start, even when fully charged.

First, consider your charging habits. If you regularly overcharge your battery or allow it to be drained completely, you’re damaging the battery and it won’t fire up your car when you want it to.

Second, your battery has a shelf life, and it can die just like a battery in a gas-powered car.

Third, just like in a gasoline-powered car, corroded or loose battery terminals can mean your car won’t start.

Fourth, your car won’t start if the converter/inverter unit or inverter is overheated. These units generate a lot of heat and require their dedicated cooling systems to function properly.

Fifth, your EV engine might be corroded from road salt. EV engines are located close to the wheels, making them susceptible to damage from salt or even stones that can chip them.

Sixth, sometimes EVs just need a quick reboot. Wait for 10 to 15 minutes before trying to start your car with the key fob or your smartphone.

Seventh, your key fob battery might be dead. If the car won’t start after a reboot using your key fob, try replacing that small battery yourself to save a trip to the dealer or auto shop.

Eighth, eventually the lead-acid 12-volt battery that accompanies the lithium-ion battery might be dead and need to be replaced.

Ninth, the charge port switch might be frozen if you live in a cold area. Try melting any ice with a hairdryer so you can unplug your car from the charge.

Tenth, your EV might have a factory defect that’s preventing it from starting even when fully charged.

Why Won’t My Car Start? Getting Help

Many of the problems with gasoline-powered and electric vehicles require more than a quick fix when a car won’t start. You can take your car to a mechanic, but if it won’t start, that’s not possible unless you want to have it towed. That’s when you might decide to fix it yourself. Fortunately, you’re not alone.

Whether you’re simply replacing a battery or attempting something more complicated such as replacing an ignition switch, you can get step-by-step guidance from a mechanic at JustAnswer. At JustAnswer, you can get help in a 1-on-1 online chat, or via a phone call. All mechanics are completely verified for expertise, and you can ask questions until you’re satisfied.

Fixing your car yourself need not be the nightmare you might fear. Sometimes all you need is some expert guidance to walk you through the process, and that’s what you get with JustAnswer.