Why do we have nightmares?

They’re an accepted part of life, but why? Do we have nightmares for a reason?

There’s a knock at your door.

Something horrible is waiting on the other side, and although every fiber of your being wants you to stop and turn back, you’re drawn in by an irresistible force. Against your will the door slowly opens, revealing what could only be described as your worst fears come true.

It’s your mother-in-law, and she’ll be staying … indefinitely.

You jolt awake, your fear fading into relief as you realize it was only a nightmare. But where this disturbing vision come from in the first place? Why do we have nightmares?

Even if you don’t have in-laws (or maybe they’re great people – hey, it happens), nightmares are something you’ve undoubtedly encountered at some point or another. Although these bad dreams are typically much more common in children, one out of every two adults experiences nightmares on occasion. And at least 2% of the adult population deals with ongoing nightmares that are more than just an occasional nuisance.

If you’ve been looking for ways to potentially end your difficulties with nightmarish dream sequences, or you’re simply curious about what they are and what causes them, read on for information that might just help you sleep easier from now on.

What causes nightmares in adults?

Clinical nightmare problems such as those involving bad dreams that are too frequent or severe can be rare in adults, but most of us deal with unpleasant nighttime visions from time to time. This is no surprise, when you consider the sheer number of potential causes for nightmares in adults. Although nightmares in adults can usually be considered spontaneous events, they can also arise as a result of certain underlying factors. Everything from emotional trauma to the stresses of everyday life can contribute to bad dreams, but different individuals can experience nightmares for different reasons. 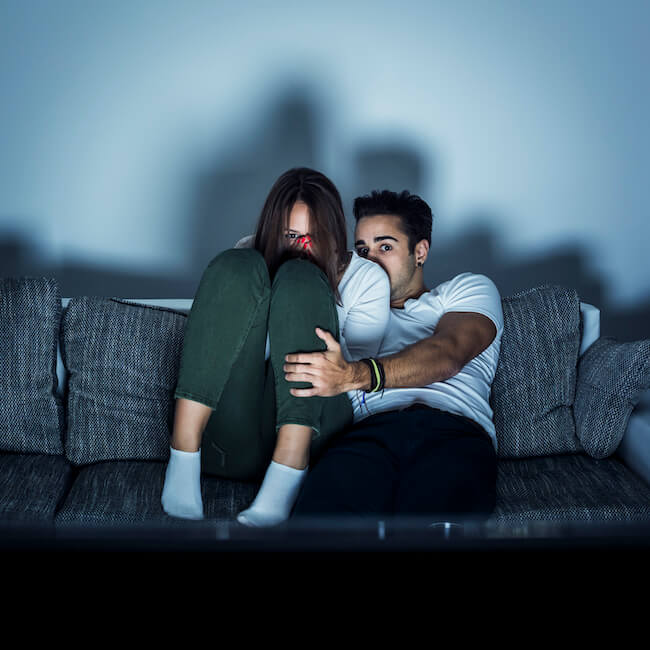 Even something as obvious as choosing to watch a scary movie before bed could invite nightmares into your evening. Aside from your preferred entertainment medium, the snacking you do while you watch could be making the problem worse as well. Late-night eating can temporarily raise your metabolism and body temperature, which in turn incites increased brain activity.

Having more brain activity during REM sleep lays the foundation for more dreaming, which includes nightmares. Spicy food, as well as snacks high in sugar like candy and ice cream, were found to trigger additional brain waves at night.

Nightmare fuel candidates can also be medications, as a number of drugs have been known to impact the frequency of nightmares in patients. Narcotics, antidepressants, and even some medications commonly prescribed to treat hypertension can increase nightmare severity. Nightmares can also be triggered by withdrawals from certain medications, especially if you’ve stopped taking them abruptly.

Some other nightmare triggers for adults include:

Additionally, nightmares are common among people suffering from post-traumatic stress disorder. Nightmares and PTSD go hand in hand, with as much as 80% of PTSD patients having reported frequent nightmares according to a study published in 2009. The nightmares afflicting these individuals are commonly chronic, with many sufferers reporting bad dreams several times a week. As stated by Steven Olsen, an Expert on JustAnswer, the brain is conditioned to ensure that you remember trauma in order to avoid it in the future.

“However,” he goes on to say, “in some people, and we are uncertain exactly why, the trauma creates extreme pathways of both memory and feeling.” PTSD nightmares can subject the sufferer to the same trauma, over and over, making them a particularly destructive brand of dream to be stuck with.

How do I prevent nightmares? Are there treatments for recurring bad dreams?

Bad dreams might seem like a trivial matter, but when they interfere with the quality of your sleep for a prolonged period of time, they can become a very serious problem. Ongoing nightmares can lead to sleep deprivation and increased anxiety, which in turn can open the door for a number of health issues, including but not limited to depression, obesity, and even heart disease.

Luckily, although there isn’t any one way to guarantee a stop to the nightmares, there are some steps that can be taken to potentially reduce their frequency. The specific method that will work best for you depends on the cause of your nightmares, as different people tend to have different triggers. There is more than one answer to the question: “Why do we have nightmares?”, after all.

For instance, if a medication is believed to be causing your bad dreams, you might be able to avoid the side effect by altering the size of your doses, or trying a different medication altogether. Likewise, if your nightmares have been linked to a disorder like sleep apnea, seeking treatment for the condition could improve your odds of getting better, nightmare-free nights of sleep.

There are other options as well, including behavioral therapy for people suffering from chronic nightmares due to PTSD. Imagery rehearsal treatment involves helping patients change their bad dreams by allowing them to dictate how they’d prefer they transpire. 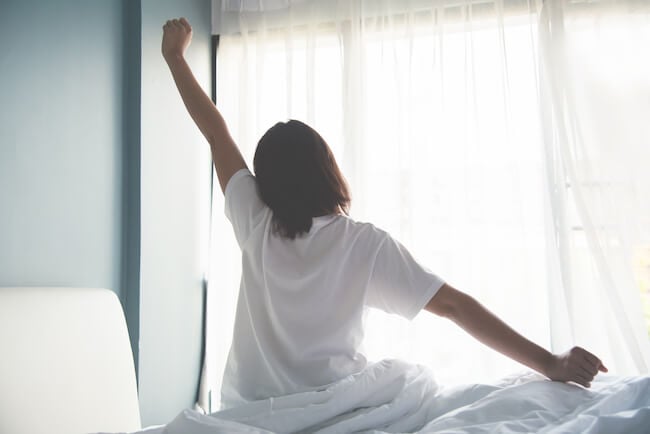 Can I reduce nightmare frequency with lifestyle changes?

If rehearsing your dreams doesn’t sound like something you want to try, and your nightmares haven’t been linked to any conditions or medications, there are also lifestyle adjustments that could help you cut down on the unpleasant dreams plaguing you at night.

Some of these habit adjustments for reducing nightmares include:

Good sleep hygiene is vital for ensuring good sleep quality and feelings of alertness during the day. However, its benefits extend beyond those – sleep hygiene helps people maintain better overall quality of life, regardless of age. It also helps reduce the frequency of nightmares by alleviating some of the stress that can contribute to bad dreams.

To ensure better sleep hygiene, limit naps during the daytime and be sure to expose yourself to natural light whenever possible. It’s also important to ensure that your sleeping quarters are reserved only for calm activities and sleep. Stressful elements should be kept away from the bedroom whenever possible.

So why do we have nightmares? The reasons are numerous, but luckily, so are the potential solutions for this issue. If you’re hoping to speak one on one with someone who can help, reach out to the Experts on JustAnswer.

Has your nightmare problem been an absolute nightmare? Share in the comments below!