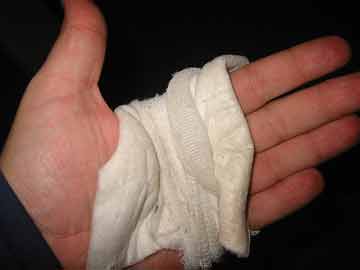 What is sepsis, and why is it so dangerous?

Questions about sepsis have risen after the mysterious death of a 12-year-old boy in New York.  Rory Staunton's death in April 2012 resulted from sepsis that was not identified by doctors when he presented signs of illness after a basketball injury.

The causes of sepsis

"Sepsis can occur with a bacterial infection; it's a severe infection involving the blood," said Dr. Saha, a physician on JustAnswer. It is often called "blood poisoning."

Staunton became ill after getting a cut on his arm during a basketball game. According to the New York Times, bacteria had entered his blood, but the doctors who first saw him diagnosed an upset stomach and dehydration.

Unlike an upset stomach, sepsis is a medical emergency and moves swiftly. It can occur from an existing wound or conditions like flu or urinary tract infections.

A blood culture can help determine if you have sepsis, Dr. Saha said. In some rare cases, the source of the infection may not be known.

Who is at risk?

According to the Surviving Sepsis Campaign, sepsis is most likely to develop in people who:

Dr. Saha said that antibiotics (usually intravenous) are used to treat sepsis. Treatment should begin as soon as possible, and most cases are treated in the intensive care unit of a hospital, according to medicine.net.

For more information, see these links: