What is meant by squatter’s law?

For most people, a squatter definition involves a homeless person living in squalor in an abandoned building, even, perhaps as New Republic writer Lauren Oyler graphically described it, “a white person with dreadlocks.”

In terms of squatter laws, however, being a squatter once meant something entirely different, and in modern terms, something different yet again – the newly popular synonym “urban homesteader” pretty much tells you there’s a political and social tenor coloring the act of squatting today.

So what’s a squatter, really? Without political overtones: Squatters are people who live in abandoned, unoccupied, or disputed property or spaces they do not legally own. Squatter laws have evolved to regulate the removal of these people from property, as well as whether and when squatters can legally take possession of the property they’ve illegally occupied.

Legal Experts on JustAnswer are often asked, “Which states have squatters rights?” The answer is, all of them. The irony of squatting is that while it’s illegal in all 50 states, every one of them has also established criteria under which squatters can remain on the property where they live.

The length of time it takes for a squatter to establish ownership varies. The shortest is three years in Texas and the longest is 40 years in Wyoming, while most states allow ownership somewhere around 10 to 20 years. 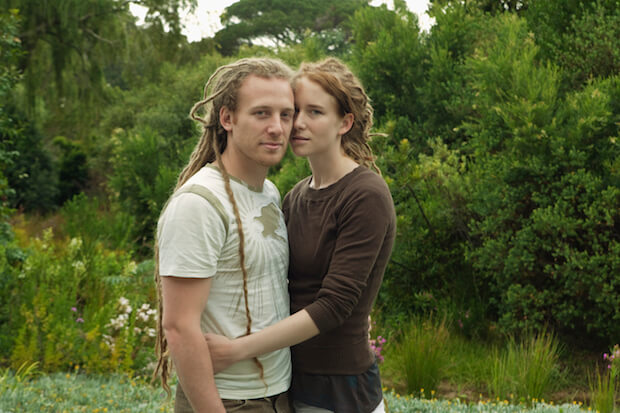 The stereotypical squatter is a "white person with dreadlocks." Squatters can also be
so-called social justice warriors, seeking to return housing "to the people."

But why does squatter’s law grant ownership after illegal occupancy?

Again, for most people, especially those who own property, the idea that a squatter should be rewarded with ownership of property seized by illegal methods is counter-intuitive. But there are actually several logical reasons for it, not the least being that U.S. law is largely derived from English law, and in England, people started squatting with society’s full approval sometime in the Dark Ages.

Indeed, it would have been mostly the rich and mighty who squatted in those long-ago days: When combat, pillaging and looting by whichever lord or baron won the most recent battle was how land was commonly “transferred,” it made sense that establishing a precedent via long-term occupancy also established title to the land.

At the same time, when legal record-keeping was primitive and unreliable, it was easier to establish a “title” by virtue of occupancy and use.

In the modern era, squatting becomes more prevalent during times of economic or disaster-related turmoil, such as the Great Depression and the devastation of New Orleans after Hurricane Katrina. At such times, many communities are more sympathetic to squatters, and neighbors in stricken communities may even encourage it to prevent more unsavory uses, or even arson, of the house next door.

Another benefit from such laws is seen in many cities, where squatter laws are intended to protect apartment dwellers from being evicted every time the landlord wants to squeeze more money out of a unit.

Anarchist Colin Ward famously commented: "Squatting is the oldest mode of tenure in the world, and we are all descended from squatters.” Certainly the history of the U.S. is the quintessential example of squatting, from Massachusetts Bay Colony to 19th-century homesteading on the Great Plains.

And, as mentioned above, there’s a 21st-century political movement that considers squatting an action of returning homes to “the people,” and a social effort by some cities to move the homeless into vacant properties where they become responsible for their upkeep.

No one knows how many people are living in “squats” these days. But it’s an ongoing concern among advocates for the homeless and housing authorities. And the media, from TIME to Mother Jones, covers it consistently. So do squatters have rights? Yes – and no. Do property owners have rights in these cases? Same answer.

As already noted, squatting is illegal, but squatter laws specifically regulate how a squatter can become a legal owner. This conundrum makes squatter laws endlessly confusing for both squatters and property owners, and even for law students.

Squatter law is defined by the concept of adverse possession, which, though state laws vary, is the one constant criterion. It is defined as a method of gaining legal title to real property by the actual, open, hostile and continuous possession without permission from the true owner for a period established by state law.

This means the squatter is using the property in some meaningful way – not just hiking across it once in awhile; is doing it in plain sight without the owner’s permission; and has done so for that period of time allowed by the specific state.

Most people who believe they have squatter’s rights actually don’t meet these criteria. On the other hand, squatter laws also protect squatters from being removed from property except by certain specific legal actions.

First, it’s important to understand the difference between a tenant, a squatter, and a trespasser. As Lucy, Esq., a legal Expert on JustAnswer, explains, a tenant has the owner’s permission to be on the property, even if there’s nothing more formal in place than an oral month-to-month lease.

“A tenant pays rent and cannot be removed from the premises without a court order. On the other hand, a squatter does not have the owner's permission to be on the property. He doesn't pay rent, and he can be evicted,” Lucy, Esq. writes.

But squatters actually move in like tenants, with furniture, utility payments and mail delivery (some even forge lease documents), while a trespasser breaks windows and doors to gain entry, and has no furniture or utilities. Local police are usually quite willing to deal with trespassers. But telling the difference between a squatter and a tenant is much more difficult, which makes evicting squatters that much harder. 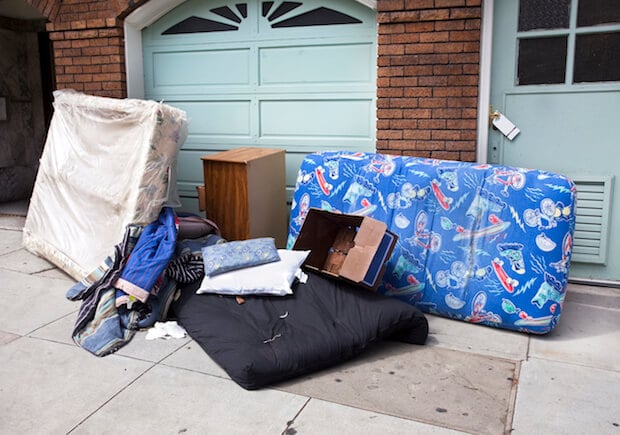 Squatters have furniture and other amenities, and often must be evicted just as if they
were legal tenants.

And even though a squatter may be living in a property without the owner’s permission, if he or she has established residence with the aforesaid furniture and other amenities, that person can be considered a “tenant at sufferance,” who has no right to occupy the property but has been either tolerated or unnoticed by the owner.

Ely, another legal Expert, explains it this way:

“A tenant at sufferance has few rights, but one of these rights is to be evicted. So in other words, one cannot simply physically kick him out of the home. He must be evicted like a tenant who has not paid rent.”

Eviction of a tenant at sufferance involves filing an unlawful detainer lawsuit. This moves fairly quickly because it’s a “summary” court procedure, and the tenant/squatter is given only a few days to file a response. “Normally, a judge will hear and decide the case within 20 days after the tenant files an answer,” says Ely.

Of course, a crowded court docket could stretch this time period into months – which makes it a particular hardship for a property owner.

There are two points to note here: One, even if a “tenant” is really a squatter, it requires formal court procedures to remove him or her. Two – and this is the most important point – the squatter has become a tenant because he or she was either tolerated or ignored.

What this means for property owners is simple: The best defense against squatters is to maintain vigilance. If you haven’t laid eyes on your land or apartment unit in years, you’re asking for trouble. And don’t allow anyone to receive mail at the address or pay utilities.

The JustAnswer Experts do have some good news for property owners facing squatters: Filing notice to leave just as you would with a tenant is usually enough to convince them to move on, in order to avoid going to court. Repeated notices may be necessary, but only the most determined squatters are willing to hire a lawyer.

Clearly, squatting and squatter’s law is a murky matter, which is why so many property owners have consulted the legal Experts on JustAnswer. If you have questions about your own situation, the Experts are available any time, day or night, without an appointment and without the usual hourly fee.

Have you ever squatted or had to deal with a squatter? Please share your experiences with us in the comments below.