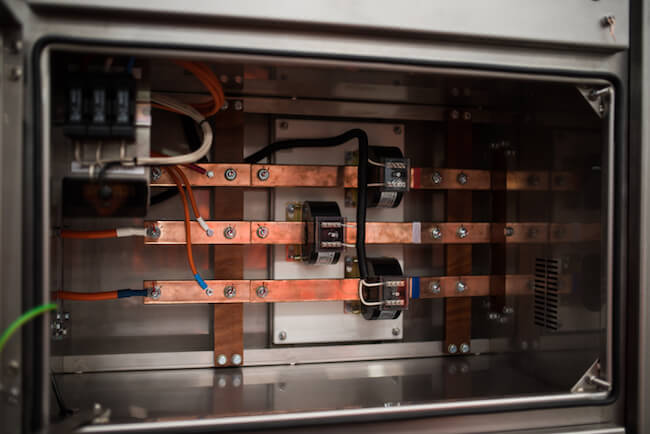 What is a busbar in an electrical panel?

If the question “What is an electrical busbar?” has ever made you think of public transportation, keep reading for some information.

The electricity that powers our homes and appliances is a critical part of modern life, yet it’s also rife with mystery. As much as we depend on it, there is a great deal we don’t understand about electrical wiring, panels and the various components that make it all work. One question that tends to arise quite often is: “What is a busbar?”

Whether you call them bus bars, bus-bars, or busbars, or you simply point and say “that thing,” it’s natural to have electrical busbar questions. They’re an important part of your electrical system, and if they run into problems, you’ll soon have some serious electrical issues on your hands. Electrical work is generally too dangerous for inexperienced individuals, but by getting familiar with busbars and the connections involved, you might be better equipped to identify problems with this component in the future.

So what is an electrical busbar, anyway?

A bus bar is an electrical conductor, or group of conductors, that is used to collect and distribute electrical power. Busbars are maintained at specific voltages, and are typically capable of carrying high currents. Busbars can be found in electrical panels, where they act as a junction of sorts for incoming and outgoing currents. Often, they’re used to connect different circuits within an electrical system.

Although their name might indicate a bar shape, electrical busbars can be found, among others, in rectangular, circular, and cross-sectional shapes. They consist of an isolator part, as well as a circuit breaker – when an issue occurs, the breaker is tripped and the faulty busbar section is separated from the rest of the circuit.

What are the types of busbars?

What is a busbar? Well, the answer depends on which type you’re talking about! Just as busbars come in different shapes and sizes, they’re also available in a number of different variations. The ideal busbar for a system will depend on the desired ease of maintenance, the reliability, as well as the electrical demands that will be placed on the system. Cost is also a factor, with some versions and electrical busbar connections coming with heftier price tags.

Types of busbar system configurations include: 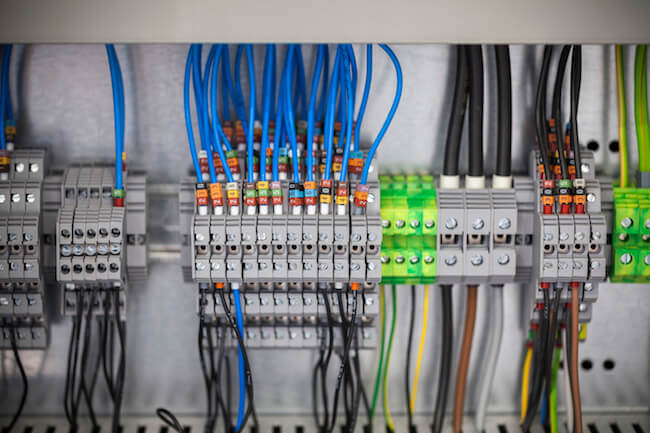 If this is all confusing to you… just walk away.

Your electrical panel’s bus bar might become worn out and pitted over time, which will create the need for a replacement. If you believe you’re in need of an electrical busbar replacement or repairs, it’s important to first consider calling in professional help. 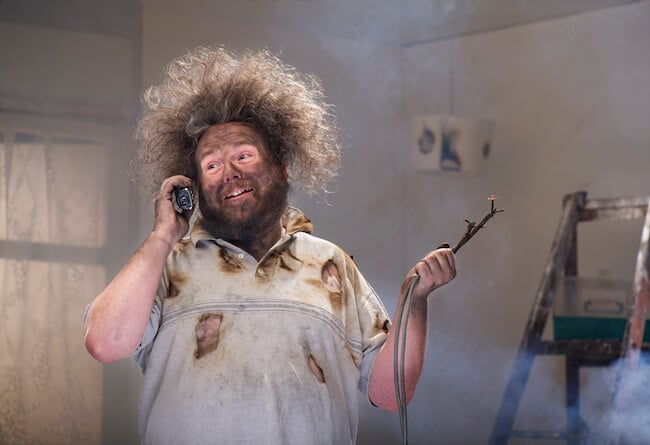 Electrical work can be complicated and highly dangerous, especially if you’re not familiar with the components involved. If you’re comfortable with electrical work, or you just want some background information, following here are some busbar replacement steps that could prove helpful:

If these steps seem unclear for any reason, or you’re not sure of how to begin, don’t take the risk! Messing with electrical components without the proper experience can cause extensive damage to your system, in addition to the risks of severe injury and death.

When in doubt, get assistance from the verified Experts on JustAnswer. Whether you need electrical troubleshooting advice, or you just want to ask “What is a busbar?”, they might just be able to give you some peace of mind – while also saving you a bundle.

Do you know how to replace a busbar? Do you prefer to run and hide when there’s electrical work to be done? Share your preferences in the comments!