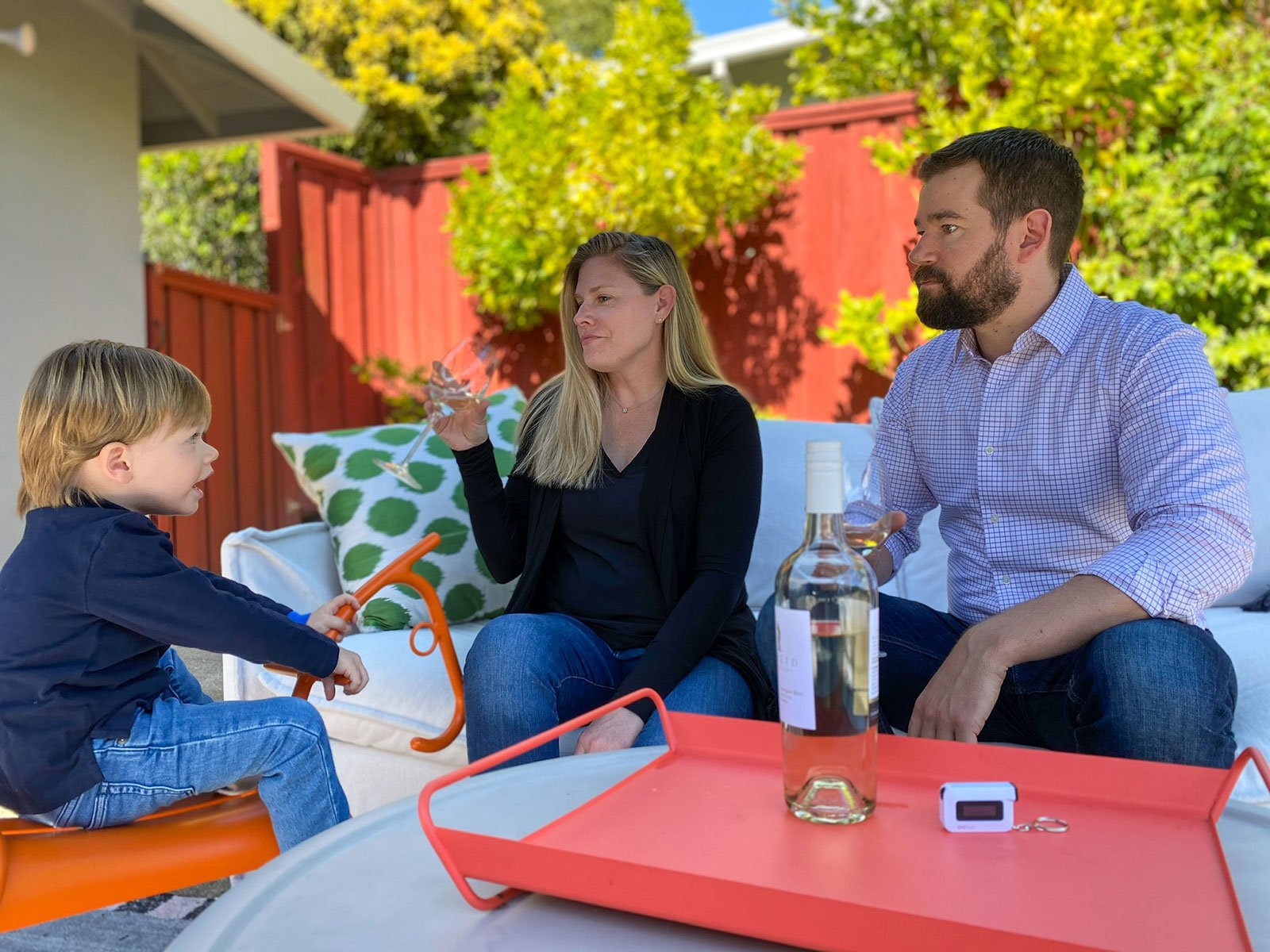 What are we doing cooped-up at home? Drinking. A lot. New tech tools support sobriety

JustAnswer has seen a significant increase in questions from people asking about alcohol, marijuana, and prescription medication use. Here's a story I wrote recently about the issue for  USA Today. In addition to the online resources mentioned below, JustAnswer told me that hundreds of experts are standing by to help as well, to assist you in these trying times.

When the shelter-in-place order went into effect in the San Francisco Bay area in mid-March, small business CEO Keith Nothacker quickly shifted his 14-person operation from an office in downtown San Francisco to most of the staff working remotely from home.

Right away, Nothacker noticed a slight change in his behavior. He was drinking more alcohol during the workweek than normal. Nothing alarming, he says, just a glass of wine here, a cocktail there, behavior he used to reserve for, “Friday night happy hour or going out to dinner on the weekends,” he said. When he mentioned this to colleagues, they noted a similar change, and wondered aloud if it was just them, or was everyone drinking more?

It’s a question Nothacker’s team is uniquely positioned to analyze, since their company, BACtrack, makes smartphone-connected breathalyzers. Anyone who tracks their blood alcohol content (BAC) with one of BACtrack’s tic-tac sized handheld devices can sync readings with an app, and then opt-in to share their general location and blood-alcohol-content levels anonymously with the company. (The company notes that this is a feature people have to take extra steps to turn on and that, by default, no BACtrack settings track user patterns, even anonymously.) Nothacker said the data from “thousands of people” comparing pre-and post-shelter-in-place drinking patterns across America are consistent. People are drinking more. A lot more.

“Sure enough, when we look at the before-and-after data for people sheltering in place across the country, we’ve never seen such a clear-cut dramatic change from one day to the next,” Nothacker said.

The biggest one-day leap in alcohol consumption was in Washington state, followed by North Carolina and Arizona:

The other major finding is people are drinking a lot more during the week, most notably Tuesdays and Wednesdays, while alcohol consumption is actually down during the weekends:

“For me, all the different days of the week blend together now,” Nothacker said, “There are no special occasions. Monday’s shelter in place is the same as Friday’s now.”

Quarantini’s: Americans concoct cocktails to cope with the coronavirus

BACtrack’s findings match other public reporting: surging alcohol delivery sales, the rise of video happy hours, and Nielsen data, which reports a 55% increase in U.S. sales of alcoholic beverages. It also echoes what most of us are have noticed in our own lives too.

“I’m embarrassed to say that the happiest day of my quarantine was when I found out liquor store would do curbside,” said Robin Raskin, Founder of Living in Digital Times and creator of Live and Free. “I've increased drinking a lot — never before sundown — but I've quit doing any mixers. Vodka is my evening water.”

“We had a ‘weekend or special dates only’ policy before...better for health/immune systems. Now almost every night, we have whatever drink/wine goes with our meal. Takes the edge off... but the limit is one cocktail or two glasses of wine,” my friend Jennifer Fox wrote when I queried my Facebook friends to see if they were drinking more during shelter-in-place.

“I'm a light drinker usually because it triggers my migraines (like approx 1-2 drinks a month),” wrote my former colleague, Laura Kutch Brandolini. “But as we have more and more virtual happy hours to stay connected with friends and  family, joining in with some White Claw drinks helps me feel included.”

Social media feeds are filled with “quarantini” memes. Celebrities from Martha Stewart and Ina Garten to Ryan Reynolds and Pink are posting about their new weekday drinking norms. My other mom-friends and I share a text or two nearly every day joking about it, and I too have shifted from a weekend-only drinker to sipping one or two spiked seltzers almost every night.

For the most part, a rise in weekday alcohol consumption has been an anecdotal part of this whole pandemic life. But for some people, it’s more life-threatening than the coronavirus.

Another person I spoke with, who asked that I keep her name out of this story, said that she belongs to Alcoholics Anonymous, and since shelter-in-place, she says, “I have been attending meetings by Zoom with my usual daily morning group. But bandwidth limits are often an issue (like for most remote workers). Given that many, if not all support groups (for all issues from alcohol or drug abuse to trauma) rely DEEPLY on inter-personal connection and also service to others in need, a lot of people like me still feel stymied in terms of participating in as full a recovery program as we accustomed to.”

There are some 2.1 million people who attend A.A. meetings around the world, and while many have moved online, it doesn’t work for everyone, especially during a time of crisis. “Think about the other 23 hours in the day where someone may be struggling,” said MJ Gottlieb, co-founder of an app called Loosid, a social-network for sobriety. “What are people supposed to do then?”

Since the COVID-19 outbreak, Gottlieb says there’s been nearly a 110% increase in weekly active users and nearly 2000% increase in Groups-joined activity. Loosid is free to use, and gives people access to immediate hotlines 24/7, along with “a community of nearly 60,000 members.” Gottlieb adds. “You don’t have to be alone. You just need to say those three words: ‘I need help.'”

Google, Facebook, and Twitter recently partnered with the nonprofit Center for Safe Internet Pharmacies (CSIP) and launched a new online resource hub for people with substance use disorders called Tech Together.  The site is a collection of resources to help those experiencing substance use disorder or battling addiction and the associated stigma.