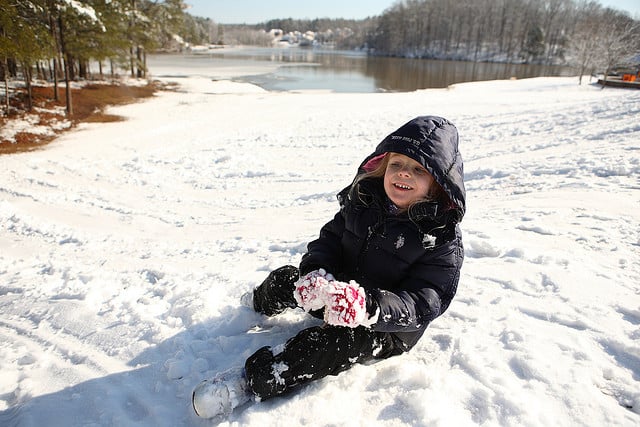 True or False: It's safe to eat snow

A handful of snow or two in the winter is a tempting treat, especially for little ones who like to imagine they’re eating homemade snow cones. But is it safe?

It’s definitely not recommended to eat colored snow—like yellow, red, green or brown snow. This is obviously because the snow could be tinged with animal urine or feces, bacteria or algae, or environmental pollutants. If you live in an urban or suburban area, the environmental pollutants are more of a concern, as pesticides, oil and other pollutants collect on the ground.

But what about snow in rural areas or on trees; is that snow safe? On the one hand, we sadly live in a polluted world. As snowflakes fall through the sky they do collect impurities in the air, so there could always be tiny traces of pollution in the snow. There’s not necessarily enough pollution collected in the snowflakes to be harmful, but it’s still present. Another good thing to know is that the longer the snow falls from the sky, the purer it becomes.

We asked Dr. C. on JustAnswer for her thoughts on eating snow. She explains that if you are indeed in a rural community with little-known pollution or contamination, eating more than a few bites of snow probably won’t hurt you. Just don’t do like they did in olden times and drizzle a bowlful of snow with maple syrup.

Final verdict? False. Snow is not safe to eat; but a few tiny bites aren’t going to do any harm.