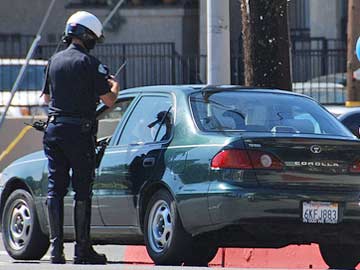 Is my traffic ticket valid if officer checked wrong box?

Q: If I received a  traffic ticket in Virginia, and the officer annotated the wrong information on the ticket, is the ticket null and void? I have a commercial driver's license (CDL), and he marked "no" on ticket where it asks about having a CDL.

A: Typically, and unfortunately, that likely will not be of any help. Generally, when a clerical error is made that does not go towards the merits of the case, it will not cause a dismissal.

The kind of inaccuracies that could do so would be something like: Wrong name (it is not yours on the ticket, but you somehow were then served as the defendant in the case and given a court date). If something that goes towards the merits were wrong, it wouldn't automatically make the case go away, nonetheless, since you would be the only one aware of the error. What you would do is file a motion to dismiss based on the fact that there is no evidence that you committed the violation and only evidence that some other guy/gal did so, as per the ticket.

In your case, if the existence of the CDL was part of the merits (as in, only CDL holders could violate this particular statute) then the State would simply bring out even better proof that you had that CDL (such as a notice from the DMV), so as to prove that needed element at trial. But if the existence of the CDL has no bearing on whether you violated the statute, then it won't matter from a dismissal standpoint.

Now, if the officer's credibility as to what he witnessed was important -- let's say he saw something and you want to (without disrespecting him in front of a judge) assail his credibility -- not by calling him a liar, but by suggesting that his ability to actually see what happened was very limited or unreliable, his eyesight is bad, or if he was dealing with the end of a long shift, his tiredness may have affected his perception and ability to see clearly -- then you could bring up the evidence that he couldn't even see the print on your license and that it said "CDL," which caused him to improperly record that fact. If he has trouble seeing your license, one may suggest that it is likely he has difficulties seeing XYZ (whatever he says he saw you do).

-- Answer from Alexia E., an attorney on JustAnswer.