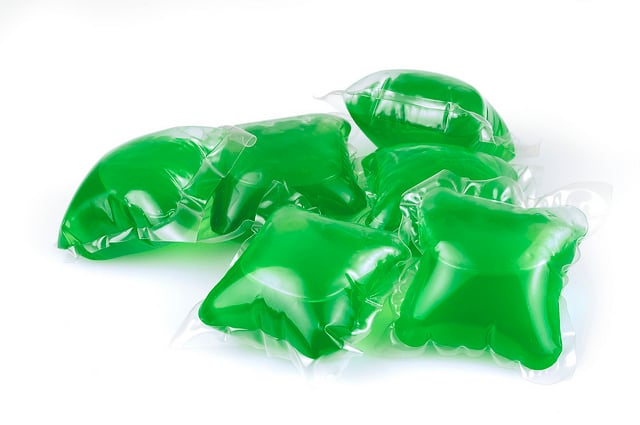 They’re easy, convenient and mess-free, but did you know laundry pods are also a real risk for children and pets?

In 2012 the Center for Disease Control called laundry pods an “emerging hazard,” and it seems not much has changed. In fact, the hazard has become increasingly worse with the increased sales of pods over the years. Many have called for companies such as Procter & Gamble to redesign the pods so they are harder to break or create safety seals on the boxes or plastic bags they’re contained in. However, a recent article on the Wall Street Journal claims that the packaging redesign is doing little to change the safety hazard. Kids are still swallowing them.

Children under the age of 6, especially those of toddler age 1-3, are the most at-risk for biting, swallowing or touching open laundry pods which in many cases resemble bright and colorful candy.  Poison control centers have fielded thousands of calls of accidental pod ingestion. So far in 2015, there have been about 30 calls a day. From March 2012 – April 2013, roughly 17,000 children—mostly under the age of 6 –ingested a pod and of that number 4.4% were hospitalized. In 2014, poison control centers logged 3 deaths from accidental ingestion.

According to Dr. Chip, a doctor on JustAnswer, there are a couple of reasons why laundry pods are considered dangerous. As he explains, “The problem with laundry pods is that they are 1) highly concentrated detergent and 2) are easy to swallow whole. They’re typically not a fatal problem, but the ingestion can cause nausea, vomiting, and sometimes esophageal damage.” In fact corrosive qualities in some detergent pods can burn holes in stomachs.

In 2013, the American Cleaning Institute issued a warning about laundry pods and listed the following recommendations on their website to keep your family safe:

Laundry pods don’t just pose a threat for children; they have affected many pets as well. Cher, a top cat expert on JustAnswer explains, “If your cat ingested the entire pod (or even a portion of it), it can be extremely toxic. In addition, the plastic from the pod could cause an intestinal obstruction. Your cat should be taken to an ER vet immediately, where they can give him or her activated liquid charcoal to bind the toxins and neutralize them in the body, plus you’re your pet additional supportive care.” Her advice for cats goes the same for dogs or other pets.

If someone in your family, especially a small child, ingests a laundry pod, call 911 immediately. For a child or pet, do your best to clean the detergent out of the mouth as well.

Need a list of dangerous common household items to keep handy? Ask a Doctor or a Home Improvement Expert on JustAnswer now.