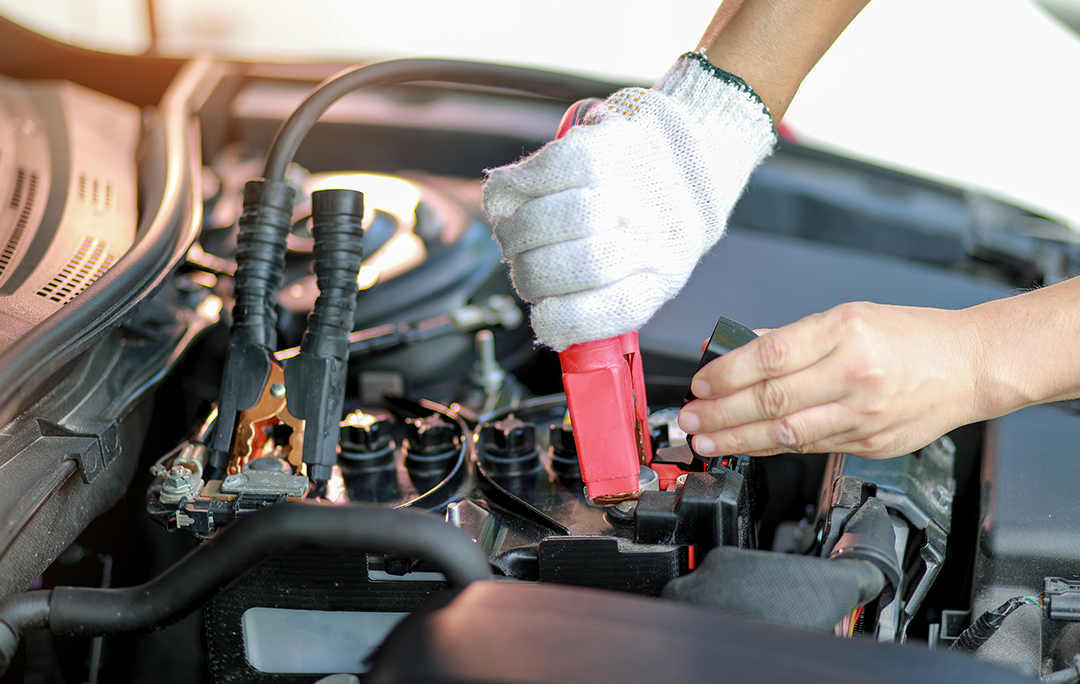 How to Jump a Car

There’s never a convenient time to turn the key in the ignition of your car and hear that dreaded clicking sound. When your car will not start and the engine sounds more tired than you feel before the coffee you were just about to drive for, you know you have a dead battery. The causes of a dead car battery can vary, and it can be a sign of other growing problems. But for now - when you just need to get going - a jump start is the answer.

If you drive a car, sooner or later you will encounter this problem. As a result, jumping a car is a skill every driver should have at the ready, like changing a tire or checking the oil. There are a few different ways to jump a car, from using a battery jump charger to car jumper cables to bump starting a manual transmission car. Jumping a car should not take you more than 20 to 40 minutes, depending upon how much of a recharge your car battery needs.

Before you start working on a car battery, safety should be your first concern. Although jumpstarting a dead battery is a reasonably safe procedure, it does involve transferring an electrical charge and as a result, some risk exists. Any time you are working with your car battery, keep the following mind:

If you pay attention to these precautions, you shouldn’t have any problems while jumping your car.

There are many reasons why your car won’t start, so before you jump a car, you should make sure your car battery needs a jump start in the first place. A jump will only help if the battery needs to be charged.

To make sure you don’t have another issue:

Once you eliminate these other possibilities and determine that a jump start is your answer, try any of these ways to jump-start a car.

Try jumping a car using a car battery starter. This method is easy and comes highly recommended. A car battery starter is a small power bank or battery pack that fits easily in your vehicle and comes in handy in such emergencies. Unlike a car battery charger, which needs to be plugged in and slowly refills the battery, a battery jump starter stores and delivers enough charge to start your car directly. They can store their charge for several weeks or months, depending upon quality.

To use a car battery starter, follow these steps:

While these general instructions work for most car battery jump starters, refer to the owner’s manual for your specific device. They can have different specifications, voltages, limitations, and restrictions. If you follow the above process, jumpstarting a dead battery is nothing to worry about. 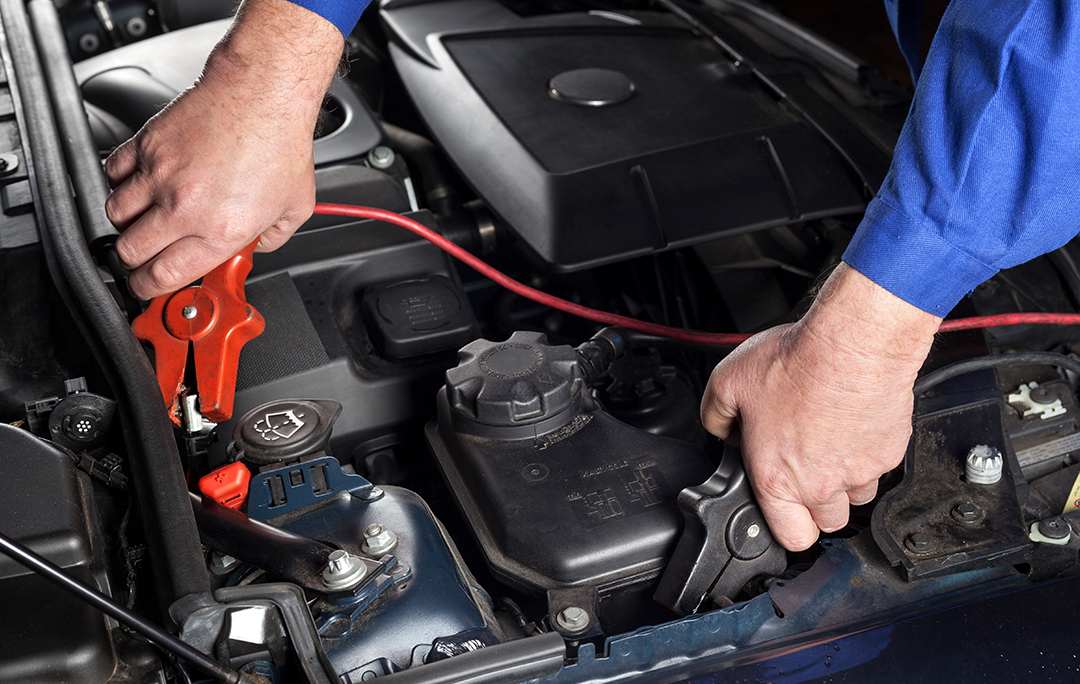 Steps to Jump a Car with Jumper Cables

But what if you don’t have a jump starter? The next method of jumping a car involves getting by with a little help from your friends.

This involves connecting your car jumper cables to a car with a functioning battery and is the most familiar way of jump starting. Here the cables are used to connect both batteries in parallel and bypass the dead battery to start the other car.

Before you try to jump start your car, make sure the other car battery is the same voltage. Most vehicles use a standard 12-volt battery, but some commercial or industrial vehicles use higher voltage batteries that can overload your car electronics.

Hooking up jumper cables is easy if you follow these steps:

This process may look intimidating, but it’s quite simple once you get started – and before you know it, you’ll be back on the road.

How to Bump Start a Car

The final way to jump a car doesn’t require any kind or cables or battery connections – but it is only available to cars with a manual transmission. Instead of using another stored charge for a battery jump, you can use momentum and clutch to bump start cars. All you’ll need is a slight incline to roll down or some volunteers with strong backs.

With these three methods of jump-starting a car available to you, there’s no reason to panic over a dead car battery.

While jumpstarting a dead battery is a quick and effective way to get your car going at the time, battery problems can be a sign of other problems with your car. A few warning signs to pay attention to are:

If you encounter any of these problems when you jump a car, taking your car to a mechanic for a diagnosis could identify and resolve a bigger issue.

No matter how easy it is to jump start a car, when your vehicle won’t start you have a problem – and often you’ll have to figure it out on your own. If you find that you need jump-start help, the voice of experience looking over your shoulder can make all the difference.

Start an online chat with a professional mechanic on JustAnswer, and you have access to that experience in minutes, from anywhere you have internet access, at any time. Discuss the specific details of your car, share photos of your cable connections before you begin the jump start, and troubleshoot in real-time if something isn’t working right. You don’t ever have to face an automotive problem alone again!