To some it’s an enigma, but for many customers, this section on JustAnswer is a haven for general questions and the answers they need

Have you ever been asked to specify the type of question you have, only to have no idea how to answer? Don’t you hate it when that happens? So where exactly do all these unspecified questions go, anyway? Is this, right now, too many questions? Do you feel like you’re being interrogated?

There are many questions out there that fit this mold, and on JustAnswer, they all have a home in the General section. This category gets quite a bit of traffic, ranking just outside of the top 10 thus far in 2018. Of course, the general area isn’t only for the “defaults” and the “I dunnos” of the world. It’s also where people with burning, uncategorized questions get the answers they need! And now, a look at some of the most visited questions in this prominent yet misunderstood category.

The place for number issues that aren't really math problems

Being “numerically challenged” doesn’t always mean a person just can’t handle long division. Sometimes, we run into problems with numbers that simply cannot be solved by a calculator. This can be seen via any number of examples… including cases where the customer was a bit too heavy-handed with their present:

I received a Amazon gift card, and when scratching of the cover on the claim code I scratched too hard. I now can't read the claim code.

This is definitely a frustrating ordeal, and it’s one that has affected a number of people based on the thousands of visitors to this topic in just 2018’s first couple of months. Luckily, Joan, a research expert on JustAnswer, was on hand to provide a simple solution: Contact Amazon. She explained that the company tends to be very good about helping customers with issues like this, and even provided a link for contacting Amazon about this particular problem.

Sometimes the digit-based obstacles we face are based on miscommunications, or just plain bad memory. We’ve all been there, and for many of JustAnswer’s customers, being there means ending up in the general section! The next two questions were posed by a pair of safe crackers:

I need all possible lock combinations for a 3 number lock

This customer was in need of some help, and if the answer to this particular question seems obvious to you, we should preface this with the user’s description of himself as being “bad with numbers.” The Expert, who was luckily more numerically inclined, pointed out that he merely needed to count from 000 to 999 for all the possible combinations. In case you were wondering, the fact that this page ranked among the category's busiest means a number of other people likely had the same question. No judgment, though.

I have forgotten/lost the combination to a Vaultz lock

This inquiry didn’t end quite as positively as the previous. The customer had retrieved information from another website that led them to believe they could reset their combination using a plastic safety tab. Unfortunately, it was the Expert’s task to inform them that this information was incorrect. It didn’t come from JustAnswer, after all! “Once you set the combination on a Vaultz,” she said, “there is no help for a lost combination. The company does not keep a universal reset number.”

Safe-crackers and gift card recipients aren’t the only number-seekers to be found in the general section. There are also people in need of help with weights, as evidenced by the #2 most visited page in the category:

This customer’s question might seem fairly random, but it’s actually a common inquiry among people who own digital scales. Having an item that weighs 100 grams can help in calibrating these devices. As for what you’re planning to weigh on the scale once you’re finished… well, that’s none of our business. We’re JustAnswer, not JustWondering!

The Expert offered a number of possibilities, including the inventive idea of measuring 100 ml of water (which equates to 100 grams). For cases where a solid object weighing 100 grams on its own is needed, the water could be frozen and then weighed. 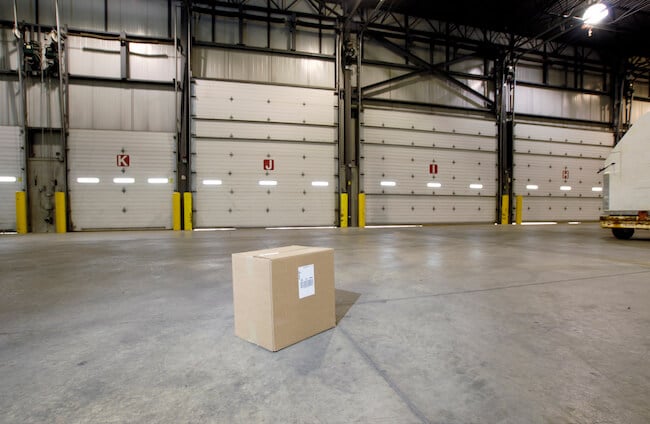 Sometimes, a cryptic tracking update can leave you fearing the worst.

The technological advancements we enjoy in today’s world make it more convenient than ever to have items shipped to us from just about anywhere in the world. Tracking capabilities take the guesswork out of the equation, until the moment they don’t. When tracking a package only provides you with more confusion, your next stop could very well be our general section, as it was for these two customers:

What does “inbound into customs” mean?

Both customers were trying to figure out what was going on with their packages, as the tracking updates they’d received weren’t very forthcoming about arrival dates. And they weren’t the only ones, based on the fact that these pages attracted thousands of visitors over a fairly short span of time.

For “inbound into customs” messages, the Expert explained that the item was accepted into customs, but had not yet been cleared. The delay for packages going through customs facilities can be up to two weeks, but once they’re released, the tracking information is updated.

As for “customs clearance processing complete,” this indicates that the item has successfully cleared customs and should be on the way to its destination. The amount of time that this part of its journey will take is dependent on the shipping method that was selected.

Many general question askers are getting unknown callers

The general category, by its nature, can feature just about anything. This is showcased by the section’s #1 visited page thus far in 2018:

Which country's telephone code is +22?

The people who looked into this same question likely received a call at some point, but the answer is unfortunately not as clear as they might have hoped. As the Expert said, +22 isn’t an assigned country code for any one particular country.

Rather, it’s a mobile phone number code associated with several different countries, including Denmark and Argentina. So if you’re looking for the same information, and you know someone who lives in either of those countries, you could at least begin narrowing down the possibilities! Tracking down the origin of the number is possible, however, assuming you have the city code in your possession.

No matter your question, the Experts on JustAnswer are available 24 hours a day, seven days a week. For assistance with your general issue, or for anything else, reach out to the Experts today for the answers you need! They’re prepared to help you get to the bottom of your question… even if you don’t know how to categorize it.

Do you have a good example of a random question you’ve been stuck on? Share in the comments below!