Filing a restraining order for harassment

Relationships go bad every day. Luckily, filing a restraining order for harassment isn’t as hard as you might think

In the U.S., more than 38% of the population – 24.3% of women and 13.8% of men – has experienced serious physical violence at the hands of an intimate partner, according to the federal Centers for Disease Control.

In 2008 (the most recent date for such data), people were filing restraining orders for harassment or domestic violence at an estimated rate of 1.7 million – no surprise given all of the above.

And that doesn’t even include restraining orders issued for other crimes, such as patent and trademark infringement or depletion of assets.

Filing a restraining order for harassment is clearly a common action taken by victims. And thanks to the last two decades of heightened awareness about domestic violence, it’s easier than ever in most states to get one. You can use a lawyer to file for one, but you don’t have to, and doing it yourself means the cost is minimal.

In general, and depending on the state, restraining orders can mandate the following:

Every state is different, with some offering more stringent laws or requiring more proof than others. It’s a simple matter to learn about the laws in your state by searching the Internet. A good one-stop source is WomensLaw.org, which covers all the information a petitioner needs for every state. 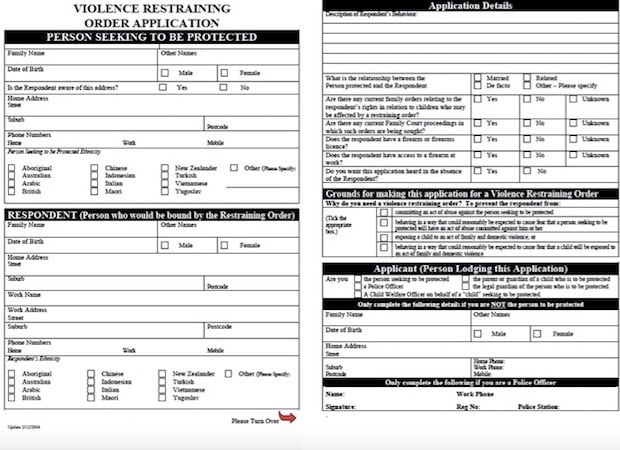 This is a sample form that must be filled out to file for a restraining order.

And despite that particular website’s name, and popular misconceptions, all restraining order laws are gender-neutral. Don’t hesitate to take advantage of laws designed to protect all victims, whether you’re male or female.

Steps for filing a restraining order against harassment

Restraining orders – also known as orders of protection or protective orders – can be issued in response to a wide variety of actions taken by a perpetrator, including:

This list may sound unrelated to you if you’re a victim. After all, no one has committed “criminal restraint” against you … or have they? Remember that these are all legal terms and whatever they sound like, they describe some fairly common behavior among perpetrators. “Criminal mischief” can mean damaging your property, for instance, while “criminal restraint” can mean trying to keep you from leaving a car or a room.

WomensLaw.org offers state-specific descriptions in plain English. For example, in South Carolina, harassment is considered to be “a pattern of intentional, substantial, and unreasonable intrusion into your private life that serves no legitimate purpose and would cause a ‘reasonable person’ to suffer mental or emotional distress.”

Even better, the information offers specific examples of harassment, such as:

These advocates work at your local police department and county court and they’re specially trained to help victims. Their services don’t cost you anything, and advocates can guide you through the entire process, which is especially helpful if you don’t have or can’t afford a lawyer.

Once you’ve determined that what you’re experiencing can be subject to a restraining order and decided where to file, you can either have a lawyer file the paperwork or you can do it yourself. Again, a victim advocate can be helpful here.

It’s helpful to make a list of the behaviors that you want to stop, using specific examples. Then, using this information, you’ll fill out a form called the Petitioner’s Affidavit and Petition for Restraining Order. You must be specific on this form and include the date, time, places, actions and conversations that make you feel harassed.

For example, writing "He followed me home from work three days a week" will be more persuasive to a judge than "He's stalking me."

You’ll have to pay a filing fee, which varies by state. Some states charge nothing for filing in cases of domestic violence (which does have to be paid if a judge dismisses the case), and at most the fee would be several hundred dollars. There are also exceptions if the victim is unable to pay. 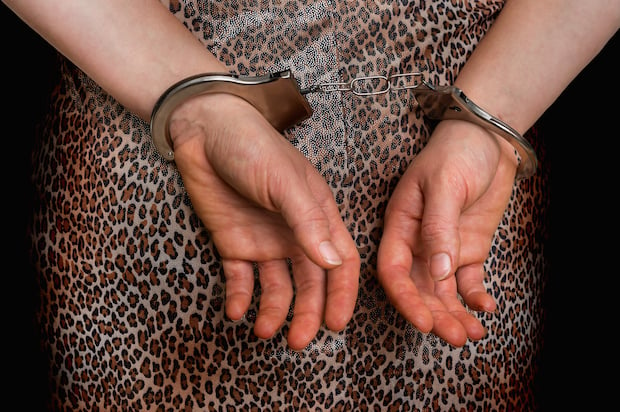 Women can also be guilty of violating restraining orders.

Once you’ve paid any filing fees, a judge will consider your petition promptly. If he or she decides to issue the order, it will be temporary, and a hearing will be scheduled, usually within 10 days. At that hearing, both the victim and the perpetrator will be able to state their cases.

If an order is made permanent at that hearing, it can last for three to six months, or even two years, depending on the state and the specifics of the case.

After a restraining order is issued

The most important thing to remember about a restraining order is that you should keep it with you at all times. You should also make copies for anyone who might have to deal with the perpetrator, such as a receptionist at your office, or your child’s teacher.

Give a copy of the order to anyone who is named in and protected by the order, and make sure your local police or sheriff’s department also has a copy.

Generally, anytime the perpetrator violates the order, even if you’ve initiated contact or invited the person into your home, it’s a crime. It’s up to the perpetrator to abide by the order.

Remember, though, that inviting a perpetrator to violate the order, or failing to report a violation, sends mixed messages to police and the perpetrator. This can lead to more serious abuse and consequences.

And that leads to the big question most people have is: How can a piece of paper stop a perpetrator? First: It won’t if you don’t report violations or if you do invite the perpetrator to violate it.

And most important, it is just a piece of paper, so victims should be wary of letting a false sense of security take over. Be proactive in defending yourself by changing locks and phone numbers, remaining vigilant and even going to a shelter or leaving town if necessary.

National statistics on the success of restraining orders are wildly inconsistent. Serious studies and data supporting them are hard to find because of privacy issues and because some states simply don’t bother tracking RO effectiveness.

Many judges say they believe at least half of all restraining orders help the victims, while some studies cite only 15% success rate. In the end it depends on the victim’s own proactive attitude, and the willingness of police and courts in the victim’s area to enforce the order.

If you have any legal questions about filing a restraining order for harassment that haven’t been answered, and you don’t want to wait for an appointment and pay an hourly fee, the legal Experts on JustAnswer are always available, anywhere you have an Internet connection.

What is your experience with the effectiveness of restraining orders? Please share your thoughts with us in the comments below.