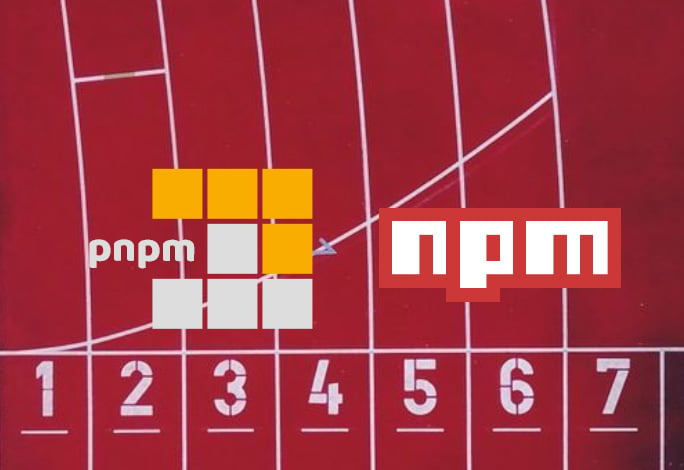 About the structure of the JustAnswer multi-package repository

At JustAnswer, we have lots of components, libraries, apps and servers that are written in JavaScript. We structure our JavaScript code by using npm packages. These packages are then placed into one of our multi-package repositories.

However, when the multi-package repo becomes big (>100 packages) or even huge (>1000 packages), new issues arise:

As of now, we don't have huge multi-package repositories yet, at JustAnswer. Our biggest repository has around 300 packages. However, even with this amount of packages, we started to experience lots of issues, the most annoying one of which is slowness. Everything slowed down in our repo: installing dependencies, updating dependencies, running tests, bundling resources.

Probably the most annoying part of the slowness is the installation and updating of npm dependencies. In our 300 packages repo, the installation of all the dependencies in every component takes from 20 to 40 minutes... Insane! There are several reasons for this slowness:

Obviously, JustAnswer is not the first company that faces these issues. So what are the existing solutions for the listed issues?

Lerna. As of now, the most popular tool for managing multi-package repositories is Lerna. Lerna has a command for installing dependencies in a multi-package repo. By default, it uses npm to do installation in every package and then it hoists shared dependencies to the root of the repo. So Lerna solves the issue with disk-space usage but it does not solve the issue of slowness.

Yarn. Yarn is a package manager for JavaScript that has a feature called: workspaces. Like Lerna, Yarn hoists packages to the root of the repo but Yarn does it more efficiently as there is no need to run Yarn separately for each package. Yarn installs all the dependencies for all packages at once. Yarn is faster than Lerna.

pnpm. pnpm is also a package manager for JavaScript but it is faster than both npm and Yarn (benchmarks). Speed is not the only advantage of pnpm though.

For installation, Rush recommends to use pnpm but npm can be used as well.

I think it is clear that the best options are pnpm and Rush (with pnpm under the hood).

On top of that, Rush is also a general multi-package solution, which supports publishing of packages (like Lerna does). However, at the moment, I am more familiar with pnpm and have no experience with Rush, so I will test the performance of our current stack vs plain pnpm.

How to properly compare performance of different package managers

Although in this article I am going to compare only the performance of npm and pnpm, Yarn will be mentioned as well.

To properly compare the speed of different package managers, you have to be sure that:

Hence, for measuring the performance of npm/pnpm/Yarn on a single project, you can use a script like this:

In JustAnswer's case, the benchmark tests are more complex. As I mentioned, in our multi-package repo we have 300 packages. We have a simple loop in a gulpfile.js that runs npm install in each of these packages. For measuring the performance of this operation, the npm cache should be cleared first via npm cache clear -f. With the clear cache, the gulp task can be executed via time npx gulp install.

To test the performance of pnpm, we don't need the loop in the gulpfile. pnpm has a set of commands specifically for doing operations in multi-package repos. As of v1.35.1, they include:

However, by default the recursive commands look for packages in all sub-directories. In our repo we want it to look only in the components/ directory. pnpm recursive can be configured to search in specific locations only. A pnpm-workspace.yaml file can be placed in the root of the repo, with this content:

Also, to make it fair, let's run pnpm with cold cache. Let's use a new store in the root of the repo (by default, a shared store is used in the home directory). The store location can be changed via the store config. In our case, we change it via: pnpm set store "./store".

Why is pnpm so much faster?

There are several reasons why pnpm recursive is so fast:

For our multi-package repo pnpm is a better fit than npm v5 and Yarn. Although Yarn can do installation concurrently as well, as of now (v1.3.2) it does not allow several versions of the same package in one repo. Which we currently have. Also, Yarn uses flat node_modules, which allow buggy code to work. pnpm's strict node_modules is a lot more reliable in the long run.