As with all power sources, when it comes to geothermal, advantages and disadvantages abound

Some trends disappear over time, but there are others that tend to stick around for the long haul. One such resilient, time-enduring example is the ongoing desire to save on energy costs. As our technology has evolved, we’ve uncovered new and innovative ways of staying comfortable. Price points and availability can vary as you look from one option to the next, and some are considerably more sustainable than others.

For those unfamiliar with geothermal, advantages and disadvantages are to be expected when it comes to this energy source. Deciding which side carries more weight, however, is a matter that will be determined by the individual and his or her preferences.

What is geothermal energy, exactly?

Geothermal energy is essentially heat that is taken from beneath the earth’s surface. This heat is then used to create sustainable, clean energy. The harnessing of this power typically requires a small environmental footprint as well. Geothermal resources are hot water reservoirs that can be found at different depths under the surface of the earth. The wells that are drilled into these resources produce extremely hot water and steam that can be utilized for electricity production, heating and cooling, or even direct use.

If you’ve asked the question “what is geothermal energy?” and you’ve found it hard to find answers – or an instruction manual – don’t be discouraged! Applications like geothermal heat pumps can be an effective solution for both commercial and residential buildings. In addition to heating and cooling living spaces, their uses also include heating for water. 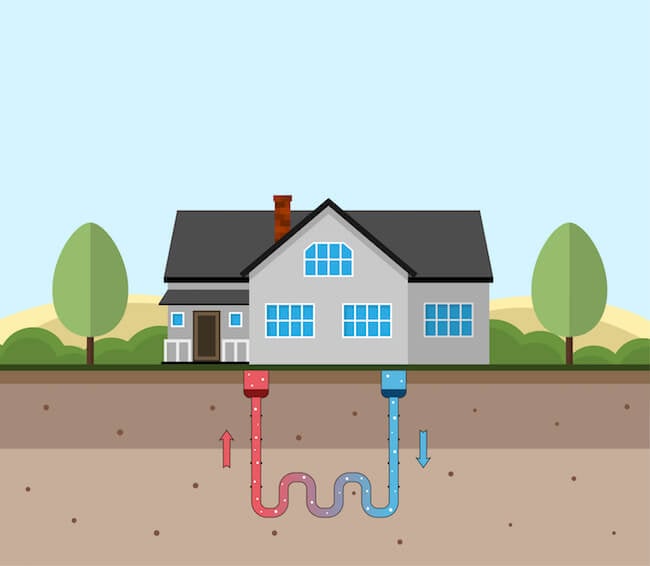 Geothermal energy is all about the transfer and distribution of heat.

What are the advantages of geothermal energy?

Geothermal energy solutions are gaining in popularity for good reason. They can serve a variety of unique purposes, in addition to providing users with a number of benefits and advantages. There are some conveniences to be enjoyed as well, and one advantage of geothermal energy is the fact that they can work with most up-to-date digital thermostats. “The good (programmable) thermostats are able to be set up in any application,” says Russ, an HVAC Expert on JustAnswer, “from geothermal to heat pump.”

What about the disadvantages of geothermal energy?

Even when it looks like the good is drastically outweighing the bad, there’s always going to be some kind of a downside. This principle applies to geothermal energy, just as it can apply to nearly everything else. The following list highlights some of the drawbacks associated with geothermal:

As is usually the case, there's an upside as well as a downside when it comes to geothermal energy. Deciding on the best options for yourself might be a challenge, but it can be much easier if you take your situation and preferences into account. Another useful practice is seeking out advice from industry professionals! To learn more about geothermal advantages and disadvantages, reach out to the Experts on JustAnswer today.

Know a thing or two about geothermal? Or do you have an endless list of questions on the subject? Share your inquiries and experiences in the comments below!