It’s a hot new trend, which is why so many lawyers are asked, 'Is dumpster diving illegal?'

There was a time when dumpster diving was considered something unsavory and ugly, practiced only by the homeless, an activity that anyone else contemplated only with a shudder.

But these days, between teenagers foraging for discarded samples of pricey makeup and young idealists hoping to feed the hungry, lawyers everywhere – including JustAnswer – find themselves facing a continuous barrage of the question: Is dumpster diving illegal?

It’s a fair question, given that even lawyers offer slightly different answers based on different interpretations of the law – and the fact that localities can issue their own laws different from neighboring communities.

But what is dumpster diving, exactly? As most of us know, it’s the activity of foraging through another person’s garbage or trash in order to obtain discarded materials. And it doesn’t actually have to involve a dumpster, because people also dig into cans or bags left on the curb or sidewalk. 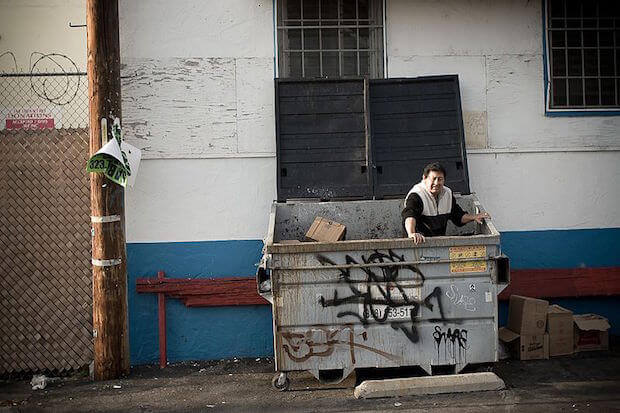 And that’s actually where the question of dumpster diving laws come into play. Law Pro, a legal Expert on JustAnswer, explains:

"Dumpster diving is legal in the United States except where prohibited by local regulation. According to a ruling, when a person throws something out, that item is now the public domain. Here is some language from that ruling: “It is common knowledge that plastic garbage bags left on or at the side of a public street are readily accessible to animals, children, scavengers, snoops, and other members of the public.”

"However, if a dumpster is against a building or inside a fenced enclosure marked “No Trespassing,” you could be questioned, ticketed or even arrested by the police."

As Law Pro notes, the courts pretty much settled this question in the 1988 Supreme Court ruling, California v. Greenwood, which stated that police didn’t need a warrant to search someone’s trash that had been left on the curb.

So if you’re interested in something your neighbor has put out for the trash, it’s perfectly legal, with one catch: The local municipality can issue ordinances that make even sidewalk “dumpster” diving illegal. (In fact, the New Hampshire Supreme Court has ruled dumpster diving illegal for the entire state.) It’s definitely worthwhile to check with your city before engaging in this activity!

Is dumpster diving illegal if it’s an actual dumpster?

That leads to the question of literally diving into a dumpster behind a store or on a building site, for example. While antique and vintage lovers or even dealers have been known to swoop down on enticing pieces of old furniture left out for the trash on sidewalks, most people are interested in what retailers throw out.

If you’re wondering, “Is it illegal to dumpster dive outside Best Buy?”, that’s a good question, because the law gets a bit murky here. Some attorneys, such as Mr. Lofton, another legal Expert on JustAnswer, note that dumpster diving on private property is illegal, but:

“If you are diving on the premises of a commercial business, which invites members of the public to come on the premises, then you are just picking up abandoned property which belongs to no one,” he says.

At the same time, Mr. Lofton also notes that if the area is clearly marked “No Trespassing,” and/or the owner or representative of the business has told would-be divers to stay away, then you’d be trespassing – which is illegal.

In addition, a general room of thumb among experienced dumpster divers is that if you have to enter an enclosed area or basically exert any effort to get into the dumpster, such as opening a gate, hopping a fence, or cutting a lock off a closed dumpster, it’s considered private property and out of bounds. 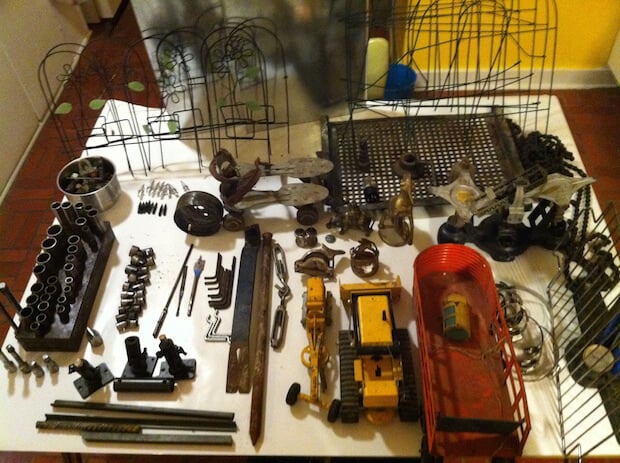 One dumpster diver is always looking for old tools and electrical components to use in
his various projects.

Meanwhile, yet another legal Expert, Roger, has a different view from Mr. Lofton. He advises that stores and malls are considered private property. And still others advise that if the dumpster is up against a building it’s definitely off limits.

Clearly, the answer to the question, “Is dumpster diving illegal?” is: Yes and no. But with all this said, many businesses don’t mind dumpster diving as long as you leave the area as neat as, or neater, than you found it. If you toss items out of the dumpster and leave them there, you’ll not only irritate the owner, but also be liable to a charge of littering.

One other point to keep in mind: Not every retailer takes a benign view of dumpster diving, as we’ll see in a moment.

Best stores to dumpster dive, and who does it

Dumpster diving today has some interesting enthusiasts. Many of them are trying to live a sustainable lifestyle and want to use discarded items rather than see them go into landfills.

Others are advocates for the homeless and other disadvantage people and will dumpster dive at grocery stores. They argue that it’s grossly unfair that grocery stores throw about some 13.3 billion pounds of food every year when people are going hungry.

And those teenager girls mentioned up above? Yes, dumpster diving behind high-end cosmetics stores such as Ulta and Sephora is definitely a “thing.” There are even YouTube videos available online showing people engaging in just this activity – despite the questionable safety of using discarded makeup that could harbor all kinds of bacteria, especially if it’s been sitting in a dumpster on a hot day.

And then there are the “professionals” – people like Matt Malone of Austin, TX, who says he could be making some $250,000 a year selling the items full-time that he finds in dumpsters – such as behind Best Buy – if he wasn’t already making a six-figure salary in his day job.

What does he find and sell? Stereos, auto parts, computers, cameras, flat-screen TVs and the like. And to his surprise, when he hosts a yard sale instead of selling on eBay, the things that really excite people are low-end items such as photo paper and toner from OfficeMax and Office Depot, hand tools from Harbor Freight, CDs from GameStop, and even seasonal decorative items from Pier 1 and Cost Plus.

A dumpster diver showed off his CD haul by posting a photo on the Internet.

At the same time, some retailers won’t look the other way when dumpster divers come to call. Some of them actually donate goods they would otherwise discard. But for some reason, perhaps to keep their brand name goods off of selling platforms such as eBay, popular clothing retailers including have been known to deliberately damage clothing before depositing it in dumpsters.

The dark side of dumpster diving

Of course, literally plunging into dumpsters can be hazardous to your health, and experienced divers always wear long sleeves, long pants, closed-toe shoes and gloves. But the real hazard in dumpster diving involves information: Yours.

Identify theft, the scourge of the 21st century, isn’t just about hackers finding their way into your computer. It’s about rummaging through trash to find your driver’s license information and Social Security information, date of birth, handwritten signature, medical information, bank statements, and credit card and bank account numbers.

That means that it’s up to you to be careful with your own trash. Shredding personal documents is always a good idea, or at the very least, avoid leaving those pieces of paper out in the open in a recycling bin, practically asking to be stolen!

And if you still need to know, “Is dumpster diving illegal in my city?,” you can always consult the legal Experts on JustAnswer, who not only ready access to laws all over the country, but can also interpret the sometimes arcane language.

Are you a fan of dumpster diving? Please share your experiences and expertise with us in the comments below!