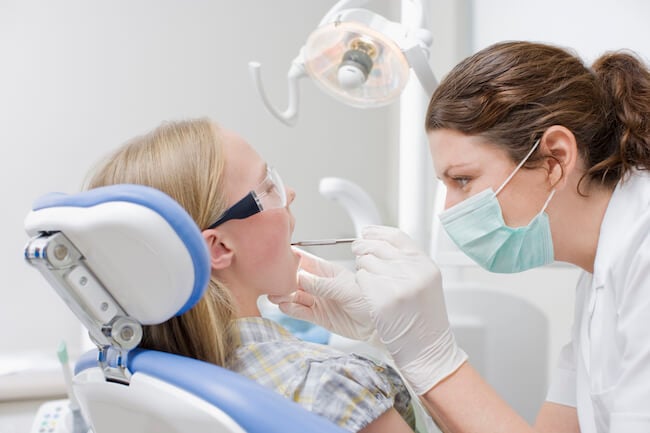 Do you have swollen gums around one tooth?

If you’re experiencing general gum swelling and pain, or you have swollen gums around one tooth specifically, there are treatment options available to you

Whether you’re dealing with swollen gums around one tooth in particular, or you’ve got a painful case of swollen gums everywhere, this is one problem that can be tough to deal with. Gum pain tends to interfere with many of the tasks we take for granted, like eating, or drinking – when you have swollen gums, even something as simple as smiling or laughing at a joke can produce a painful jolt.

Both localized and more general instances can potentially be addressed using similar methods. For example, whether you have swollen gums around one tooth, or your gums as a whole are swollen or painful, you’ll likely benefit from the same lifestyle adjustments and treatments. To learn more about avoiding, treating, and preventing these issues without any unnecessary details that gum up the works, read on.

Understanding the causes of gum swelling and pain

Swollen or inflamed gums are a very common ailment, which comes as no surprise given the number of potential causes. Everything from bad habits and poor hygiene to gum diseases and infections could result in swollen gums, which helps explain why there's such a wide range of questions related to swollen gums on JustAnswer.

One such question, prompted by a customer who had swollen gums around a molar, prompted this response from Dr. Katz, a dentist on JustAnswer: “Swelling around a tooth normally indicates an infection. This infection can be either in the tooth, or in the gum.”

Of course, an infection is just one of the possible reasons for swollen gums. A more detailed look at the various causes of gum inflammation follows:

Getting rid of painful, swollen gums can be simple or complicated, depending on the cause, as well as the severity. As is often the case, tackling the issue early on will usually mean it’s easier to handle. Waiting until your gum problems worsen before seeking help is a bad idea, yet it still happens all too often. People tend to hope their issues will clear up on their own, but when it comes to swollen gums, you’ll need to take action if you want to see improvement.

A warm compress placed over the face can help relieve gum pain, and a cold one is suitable for lessening the swelling. If your symptoms haven’t been noticeable for very long, you should also be able to reduce them with the following changes:

If you’ve had swollen gums for 1-2 weeks and you haven’t noticed any improvement, you should pay your dentist a visit. They will explore your symptoms and figure out what’s going on, in addition to going over treatment options with you. Home remedies can be very effective for reducing painful gum problems, but there is no substitute for professional dental expertise.

In the majority of cases, avoiding swollen gums is entirely possible. Preventative measures range from proper oral hygiene and a healthy diet, all the way to specialized dental products and increased water intake.

The importance of brushing and flossing regularly has already been cited, but for better prevention, ensure that you’re going to the dentist every 6 months or so for a cleaning. This removes the built up plaque and tartar, which in turn helps you steer clear of gingivitis down the road. If you’ve been experiencing dry mouth symptoms, mention it to your doctor, as this issue can increase the likelihood of excess plaque buildup. A toothpaste designed to combat gingivitis can also be helpful.

Getting the right amount of nutrients out of your diet is also an important step for prevention. If you’re receiving adequate amounts of vitamin C, calcium, and folic acid, you’re less likely to end up with swollen gums. Additionally, drinking more water helps your saliva glands do their job, which in turn lessens the quantity of harmful bacteria in your mouth.

Whether the issue is swollen gums around one tooth, or inflammation that seems to be everywhere in your mouth, getting the right assistance quickly is vital. Dental issues tend to get worse if they aren’t treated, but luckily, you don’t need to trek all the way to the dentist’s office for an expert opinion. The dental Experts on JustAnswer are available whenever you need them, day or night, and all you need is an internet connection to get in touch. Reach out today!

Have you ever had swollen gums around one tooth? Has the experience left you with information that could help others? Share in the comments below!