Do grandparents have rights to visitation?

When it comes to seeing their grandchildren, do grandparents have rights?

It’s a charming picture of family togetherness, often portrayed in books and movies. Grandma – or Abuelita, or Nana – is in the kitchen baking cookies, adoring grandchildren seated at the table waiting for their treats.

Unfortunately, it’s a scene that has become much more rare these days. In earlier eras, multigenerational families often lived together, or at least near each other. Today, families move away from childhood homes, and throughout the 20th century, death, estrangement, and divorce gradually separated more and more children from grandparents.

But do grandparents have rights to see their grandchildren, especially when the parents don’t want them to? In the 1970s, as legal demands from grandparents became more common, most states began enacting laws to give grandparents the right to apply to the courts for visitation.

Ultimately, all 50 states established such laws in a rush to meet demand. But this trend eventually ran up against a parental backlash, leading to the landmark 2000 U.S. Supreme Court case, Troxel v. Granville. And as a result of this ruling, the question, “Do grandparents have rights?” is answered much more restrictively across the U.S. than in the previous three decades.

And no statutes give grandparents an absolute right to visitation, merely to petition the court for visitation. Differences arise in each state about such things as who can petition for visitation rights, under what circumstances a grandparent may file such a petition, and on what legal grounds the petition will be granted.

In Troxel v. Granville, Washington mother Tommie Granville had restricted her late husband’s parents to one visit per month and special holidays. When the grandparents took her to court, the case went all the way to the Supreme Court, where the justices decided that Washington’s grandparent visitation laws violated that state’s constitution by infringing on Ms. Granville’s right to make decisions for her children.

The end result quickly became what is known in the legal world as the Troxel Effect – named for the losing side – in which parents countersued around the country to argue, often successfully, that their states’ laws also violated their state constitutions.

Today, grandparents in every state can take advantage of “grandparent visitation” statutes, but as a result of the Troxel Effect, some of these are much more restrictive than in previous years. 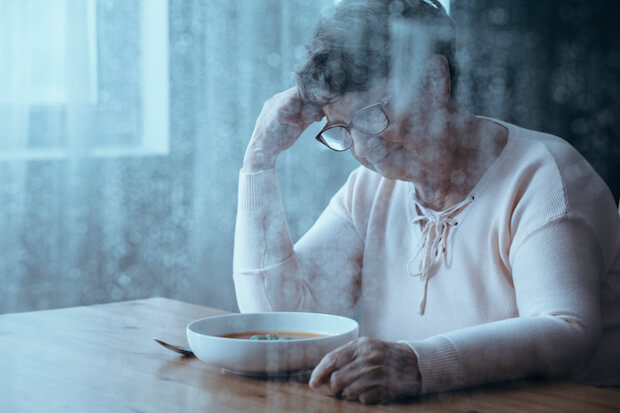 Being denied a relationship with a grandchild can have a sad effect on a grandparent.

Approximately 20 states have these restrictive visitation statutes, meaning that grandparents can generally get a court order for visitation only if the child's parents are divorcing, or if one or both parents have died. And if both parents agree to deny access, even in a divorce, the court may not legally grant visitation rights to grandparents.

Other states allow for visitation even without death or divorce. However, the grandparents must prove that having visitation would be in the best interest of the child.

In New York, for example, according to JustAnswer legal Expert Jessica B, grandparents’ access rights occur only when:

She added, “The grandparent asking for visitation has the ‘burden of proof (the duty to provide sufficient evidence) to show a legal right to court-ordered time and that the proposed visits are in the child’s best interests.”

Here’s how it would work specifically in New York:

If one or both parents are living, you must prove an existing relationship with your grandchild or demonstrate that the child’s parent(s) have prevented you from establishing one.

Judges must give great weight to parental preferences regarding who gets to visit their children, balancing the parents’ objections with other factors, such as the current family structure and the extent of any existing relationship. Evidence of animosity between a grandparent and parent(s) is relevant but not enough, alone, to deny a request for court-ordered time.

Once you have established legal grounds to request visits, you must show that spending time with you is in your grandchild’s best interest, considering:

Of course because this is a matter determined by each state, a grandparent’s legal rights will be different everywhere. A different example is in New Jersey, which has more lenient grandparent visitation laws. According to LegalGems, another legal Expert on JustAnswer: 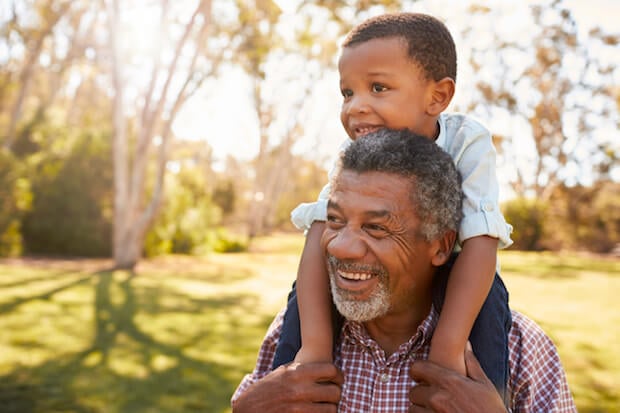 Maintaining a strong relationship with a grandchild is one key to retaining visitation rights.

Some states, such as Ohio and New Hampshire, do not allow visitation against the parents’ wishes at all if the children live in an intact family. Others, such as Connecticut, go so far as to allow anyone who has acted in a parental role to sue for visitation with a child.

Do grandparents have rights? How to find out, and what to do about it

To find out about the grandparent visitation statutes in your state, you can consult summaries for each one here and here. Keep in mind that jurisdiction is usually considered to be the state where the children live.

And for those who decide to take legal action, advocates for grandparents have some advice about going it about it most effectively. Above all, an existing, caring relationship between grandparents and grandchildren is weighted heavily.

The most important consideration to remember is that the courts in any state will start with the idea of what’s best for the children, not for the grandparents. It’s never a good idea to use children as tools in a battle between parents and grandparents!

Do grandparents have rights? In the end, the answer is yes, but only up to a specific point, even if that point is determined in 50 different ways. And if you have any questions about petitioning for grandparent visitation, the legal Experts on JustAnswer are always available without an appointment.

Have you had to petition for grandparent visitation? Please share your experiences with us in the comments below.