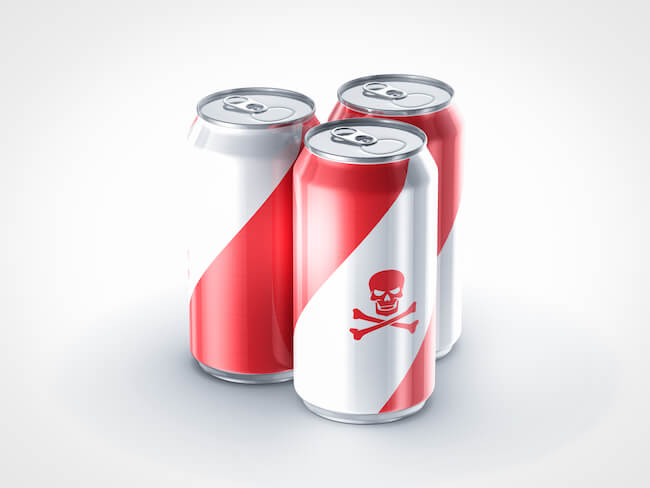 Is diet soda bad for you?

For people looking to lose weight or get healthier, the beverages we consume often come into question. So is diet soda bad? For you, and for whoever else might be wondering, there are answers out there.

Some people hate it, while there are others who actually prefer it to the original. Regardless of which side you come down on, there’s no denying the general division when it comes to the question: “Is diet soda bad for you?”

It has the word ‘diet’ in it, so it has to be better for you, right? Of course, things aren’t usually that simple. When it comes to diet soda’s legitimacy as a healthier alternative to the original, there are a number of different factors to consider.

Understanding the effects of diet soda and artificial sweeteners

Although individuals who drink diet soda instead of the original version might be hoping to lose weight, the artificial sweeteners in the drink can bring about other, less desirable effects. Chief among these are migraines, which have been linked to aspartame, one of the chemical substances used in place of sugar in diet drinks. 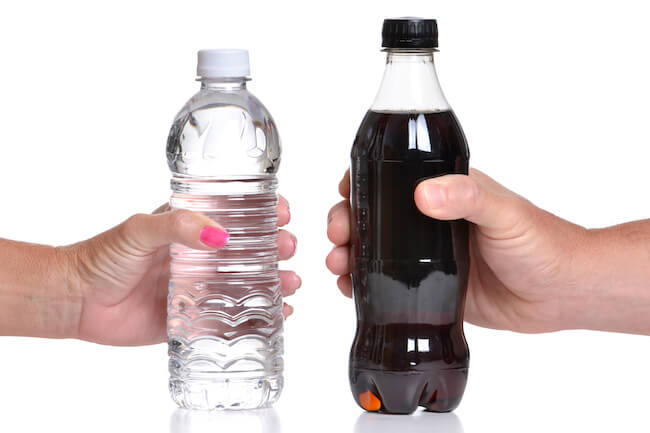 Sometimes, the simplest option is also the healthiest.

You might be one of the people who drink diet soda constantly and experience no negative symptoms. If you are, you could be wondering if the drink is actually bad for you. While this is an understandable question to have, the answer is centered around the long-term. The nature of aspartame is such that your sensitivity to it could increase drastically if you stopped drinking it for a few months. If you went back to drinking diet soda after stopping, you’d be much more likely to experience headaches ranging from minor to severe. In more extreme cases, migraines caused by aspartame can be a warning sign indicating a much more serious affliction in the future – seizures.

The effects of diet soda can vary widely from person to person. If you’ve experienced new symptoms after drinking diet soda, they could very well be a result of the artificial sweeteners in the drink. People who have been impacted by aspartame have reported a wide range of symptoms, which means there’s no telling how the chemical might affect you over a certain timeframe. As such, if you’ve noticed new symptoms after drinking diet soda, it’s well worth eliminating the drink from your diet.

Examining diet drinks and their connection to weight gain

You would think that weight loss is at least one thing you can count on diet soda for, but that isn’t necessarily the case. In fact, the very opposite could be true. According to research conducted by the University of Texas, diet soda drinkers are actually likely to gain weight as opposed to losing it. So is diet soda bad for you if you’re on a diet? The answer is a resounding yes, although it will ultimately come down to an individual’s habits and discipline.

Artificial sweeteners can confuse your body, leading to increased fat storage in some cases, but much of this can be attributed to psychological factors. If a person knows they’re drinking something with no calories, they might be more likely to justify eating something unhealthy to go along with it. Additionally, regular consumption of diet sodas containing aspartame has been linked to an increased risk of certain health issues. Dr. Russ, a Medical Expert on JustAnswer, explains why caution with diet drinks is recommended: “...those who use them have MORE diabetes, heart problems, high cholesterol, and high blood pressure.”

Drinking regular soda might expose you to sugar levels you wouldn’t encounter with the diet equivalent. However, for someone looking to safely and effectively lose weight, leaving both variations out of your diet is probably a good idea. At the very least, moderation should be practiced. 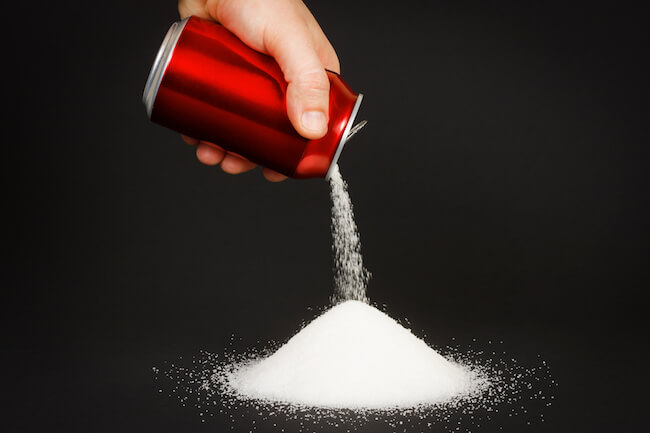 Not all sugar substitutes represent an improvement over sugar.

Looking into diet soda and diabetes

Many diabetics who want the freedom to enjoy their favorite beverages in spite of their condition are frequent drinkers of diet soda. The fact that there is no actual sugar content in it is a strong draw, but this doesn’t necessarily make diet soda a safe option – especially if the person in question is drinking it in large quantities. Although sugary drinks are never a good idea for someone with diabetes, the sugar substitutes in diet soda can cause a number of issues of their own.

Diet soda and diabetes don’t mix well, as evidenced by recent studies on the subject. Sugar substitutes can upset dietary cues and confuse the body’s processes. Diet soda has also been linked to an increased likelihood of metabolic syndrome. For diabetics, it can cause a predisposition for reduced control of diabetes symptoms. Sugar control is made more difficult, and in some cases this leads to issues like diabetic retinopathy and even blindness.

So is diet soda bad? For you to gain the best possible insights for your own particular situation, you’ll need to provide details to someone who is knowledgeable about health matters. The Experts on Justanswer are here to help, so you can ensure that you’re doing whatever is best for your body.

Do you drink diet soda? Or do you believe that no type of soda belongs in a diet? Share your thoughts in the comments below!