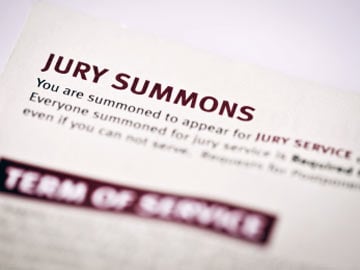 Can a court extend my jury duty at the last minute?

Q: I was on call for jury duty in Long Beach, CA, and after 4 days was asked to report on the 5th day. I showed up early that morning, and at 2:30 p.m. was one of 15 jurors randomly summoned to the window. We were told to report back on a day more than two weeks later. How can they hold you over for two weeks, without even being seated? We were told the trial would last approximately 20 days.

A: I am afraid the court can instruct a jury to be held over if they are needed beyond the time on their initial jury duty notice. The calling of the jury is at the discretion of the court and the chief judge of the court and jury coordinator.

If they made a determination of need for holding over the jury pool, this is based on court policy and need and not governed by the statutes. The rules say the maximum service is 5 days "or until instructed that service is complete without having to report." This last clause is where they get you on the matter.

-- Answer from Paul M., a lawyer on JustAnswer.