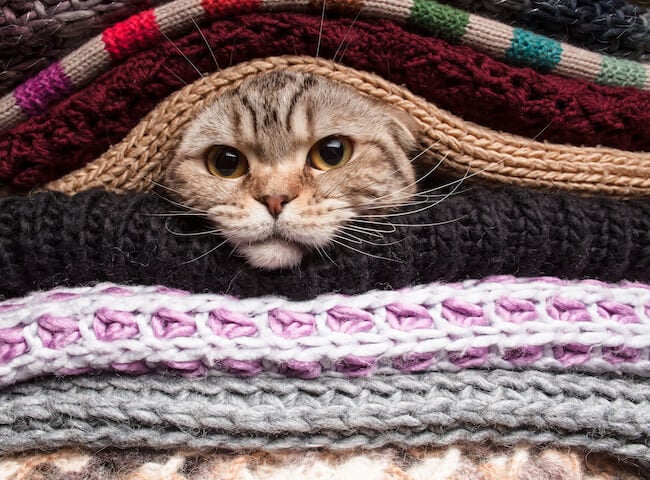 Can cats have down syndrome?

Which human maladies can cats have? Down syndrome may seem like one, but the truth lies in the details.

Many of us have experienced the social awkwardness at one time or another. You’re entertaining some guests when someone points out an irregularity in your pet’s appearance. One thing leads to another, and then one of your houseguests ponders aloud: “Can cats have down syndrome?” This question forces an abrupt halt to the festivities as you strive to defend your feline’s honor.

Of course, once everyone’s gone home and you’ve cleared away the wreckage of the fight that transpired, the question lingers, interwoven with the echoes of your failed gathering. Can cats have down syndrome? And do your cat’s unusual characteristics, be they related to its appearance or its behavior, make it a potential sufferer?

Even if this particular type of “party gone wrong” hasn’t happened to you (the frequency of such occurrences may have been exaggerated), the core question is actually quite common. It’s not unheard of for human ailments to surface in animals, although these will feature symptoms and variations specific to the species.

In humans, down syndrome is a genetic disorder that results from an extra chromosome (or chromosome part) present in the 21st pair. This irregularity is responsible for the distinct features associated with Down syndrome, which can include ear deformities, a short neck, stunted growth and poor muscle tone. Mental capacity and overall development can also be impaired, although not every case will be the same.

Cats that appear to have some form of Down syndrome may exhibit unusual physical characteristics, from rounded eyes, upturned noses, and droopy ears to oddly shaped heads. Behaviorally, concerned pet owners might notice a lack of typical feline grace, with clumsy, wobbly movements and poor coordination. Strange meowing or social mannerisms may also force owners to wonder if feline Down syndrome is the culprit, but is this really possible? 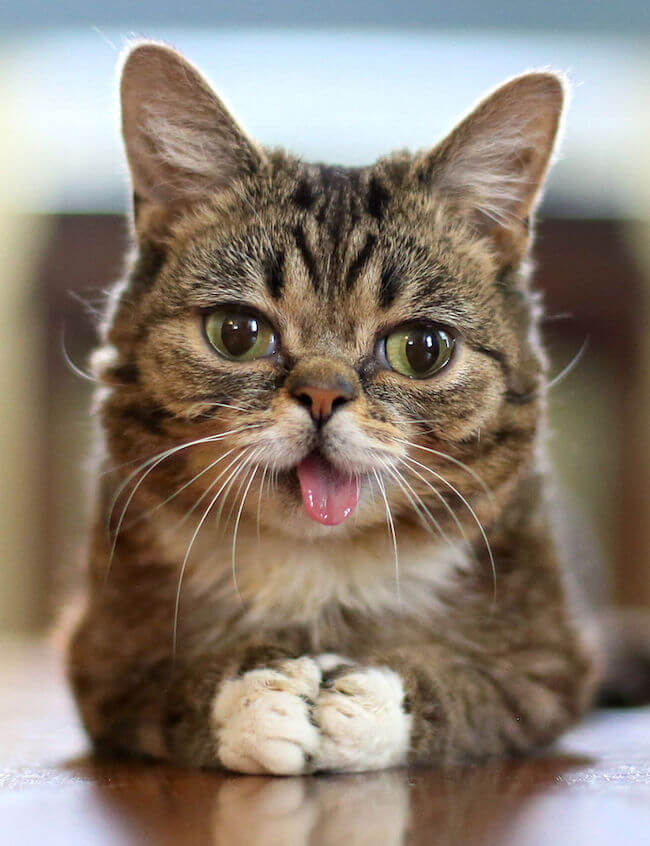 Distinctive features can stem from a number of causes, but – never mind, we just want to hug this little guy.

Is it possible for cats to have Down syndrome?

It’s common practice among cat owners to attribute human qualities and tendencies to their pets. This includes the insistence that their animals “smile”, but it can also extend to explanations for their behavior. Although some health problems affect both people and felines, the cause of Down syndrome helps to categorize it as an issue that cannot go both ways.

Since it occurs when a human has more than 46 chromosomes, and felines normally have 38, cats cannot have Down syndrome, which is a purely human disorder. However, while animals cannot have Down syndrome in the official sense, there are still physical and neurological defects and abnormalities that can afflict cats. These issues can hinder the animal on a mental and intellectual level, leading to behavioral issues where they might not be responsive to you or to other elements in their environment.

The term “Feline Down syndrome” is indeed out there, however, this is an unofficial disorder and cannot be cited as an official diagnosis. If your cat has displayed troubling symptoms, the cause likely lies in a genetic or neurological complication – not Down syndrome. If your veterinarian tells you that your cat does in fact have Down syndrome, take a moment to make sure they really graduated from vet school!

Issues that can be confused for feline Down syndrome

Also known as “tiger syndrome,” unofficial Feline Down syndrome is very poorly understood. According to Dr. Loretta, a veterinarian on JustAnswer, “Cats affected with this will have odd behaviors similar to humans with Down syndrome. This is a variation in the genetic code and has no treatment.” 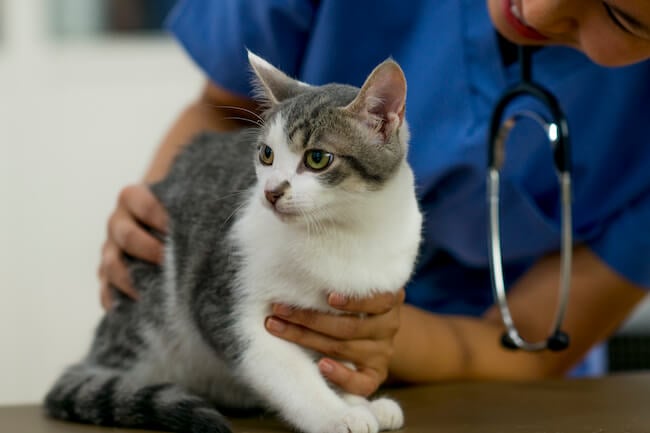 Accurately identifying the specific issue at hand typically requires a thorough examination by a feline healthcare professional. The following genetic disorders can be potentially mistaken for a form of Down syndrome in cats:

Sudden changes to your cat’s behavior can be concerning, especially if you have no idea why they’re taking place. When it comes to older animals, it’s worth noting that although Down syndrome is limited to humans, the same isn’t true for all the disorders we may encounter.

When addressing the concerns of a customer with an older cat that had begun to suffer from poor sleeping habits, mainly incessant crying during the night, Dr. B, a cat veterinary Expert on JustAnswer, had this to say:

“I do want to note that we see this behavior with feline dementia,” she maintained, before offering more insight into how aging can create mental issues for cats. “... At this age, any change in environment, lifestyle, or even coping with her own older age (ie. sight deterioration, mental confusion, etc) can sometimes be daunting for kitties. In these cases, the cat may be vocalizing because she is struggling to get used to a change.”

Symptoms of feline dementia include:

Although there is no real cure for aging cat dementia, and it will likely only grow progressively worse over time, there are still methods with which you can slow down the progression of symptoms. New toys and opportunities for exercise, healthy diet changes, and some medications can potentially improve your aging cat’s motor skills and brain function. Only a veterinarian will be able to provide the right guidelines for your pet, however.

If you believe your cat is suffering from an issue, be it genetic or age-related, don’t hesitate to reach out for help. And the next time a houseguest asks: “Can cats have Down syndrome?”, you can give them a definitive “No" before throwing them out! In the meantime, don’t forget to take your concerns to the Experts on JustAnswer for guidance and peace of mind.

Has anyone accused your cat of having Down syndrome? Have you had experiences with feline neurological disorders? Share in the comments below!