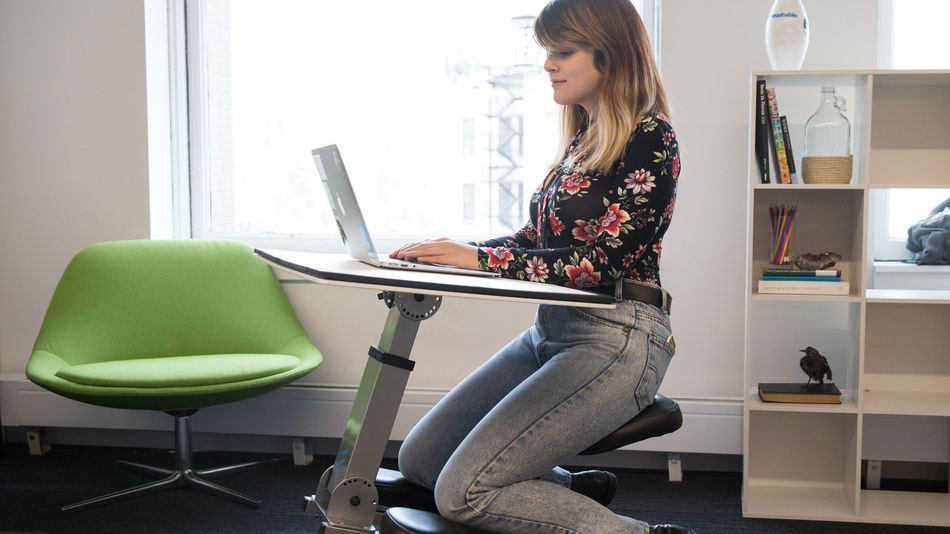 The Best and the Worst of Pandemic Tech

In the future, we will mark time as “Before the Pandemic” (BP) and “After the Pandemic” (AP). Not convinced? Consider this: The technology we thought we needed BP, seems so silly now. Battery chargers so that we can charge our phones on the go? Ha! Smaller, lighter, laptops? Um, why? We want big screens! Echo Auto? We never drive! Instant airline tickets, restaurant reservations, and – this one is hilarious – immediate restaurant reviews.

It turns out, technology is super important to our survival. In particular, the basics like computers and cell phones are essential tools in a modern pandemic. And we need ergonomic gear to work painlessly from home, technology that connects to our people, and more and better ways to be entertained and educated. But there are a few things we just don’t need in a pandemic.

Here is our list of the winners – and a few losers – in our time of need.

Once avoided by every nerd in the know (because they are so easily hacked), Web cameras became so necessary during this pandemic that they sold out everywhere. We discovered that connecting with work, friends, and family is better with a good camera. Everyone wanted to upgrade from the one that came installed in their laptop to something more flattering. And the supply situation became so dire, that people turned old cell phones into Web cameras to get by.

Once upon a time (last year), 3.4 percent of the population worked from home. Then came Covid-19. Now almost everyone is doing it. That massive diaspora from the office spurred an enormous demand for home office equipment and furniture. Laptops, computers, desk chairs, printers, desks, and headsets. You name it. People need it.  Many of them bought it. If the WFH situation continues, this will likely spur a continuing demand for ergonomic solutions like the EdgeDesk or desks that go easily from sitting to standing. Because working from the couch or a lawn chair hurts. And you can’t go to the chiropractor!

When trying to work at a home that’s full of people, you need headphones to block out the chaos and to signal to everyone that you are working. But it turns out, we need headphones for more than that. The spouse or housemate who is does meetings on speakerphone? You need a spare pair of headphones to hand, sarcastically, to him. The teenager that’s been playing World of Warcraft for six hours at high volume and who you are about to stab with a sharp object? Again, sarcastic headphones. Those of us with drawers of headphones finally found a use for all of them.

Getting things delivered went from amazing to “so 1980s” in a matter of weeks when Amazon got sunk by its own world domination. Then the massive retailer started prioritizing the shipment of health and grocery over all else. Bookstores closed. And there is nothing to do! This is a recipe for avid-reader-hari-kari. Except there’s Kindle. Whew! Kindle, where you can get millions of books delivered in seconds. And Kindle Unlimited, which Amazon discounted to, presumably, make up for its other failings. Another surprise winner in the face of Amazon’s flounder here was the online indie bookstore Bookshop, which went from struggling to booming in a matter of weeks.

Obviously, we all became completely dependent on home delivery. Amazon was overwhelmed. Instacart became a household name. Shipt became our lifeline to Target. And DoorDash and Dominos delivery people have become essential workers, pandemic heroes, even. It looks as if this pandemic will also be the watershed moment for a technology that has been lurking in the background trying to needle its way through a snarl of legislative, economic, and social obstacles: Drone and robot delivery. Because, in a world where humans are contagious, robots and drones are a lot less scary.

The flip side to this uptick home delivery needs is that sites like Amazon are now prioritizing certain categories of items, leading to delays of other purchases we still need in a timely manner. If you want healthcare products, you’ll get them lickety-split, but if your virtual cart is packed with kids toys to keep the youngsters busy while you work from home? You’ll probably be waiting a lot longer than you normally would.

There are a lot of ways to do video meetings. Google Meet, Zoom, Facebook Messenger, and more. So, it was interesting to the nerds of the world that Zoom, which has terrible privacy and security, won out. Timing, branding, and cute features like background fade are everything, it seems when people are desperate. Fortunately, Zoom rose to the occasion, did a mea culpa, and got to work fixing the problems that allowed hackers to drop in on classrooms and other not-so-private meetings, a practice called “Zoombombing.”

Before the pandemic, 3D printers were quirky cool. Some people even used them. But most of us were just impressed by the idea because it meant science fiction was possible. Then the shortages hit. Getting things delivered was a health hazard. And suddenly, 3D printers were being used to build necessary equipment like face masks and ventilator parts. Unfortunately, the incredible power of 3D printers often comes with a very high cost. Sure, there are some models that are reasonably affordable, but when unemployment is skyrocketing and money is tight for just about everyone, they’re not a viable solution for everyday people to conjure the things they need out of thin air.

The thing getting us through all of this is the Internet. If ever there was a good time to upgrade your Internet hardware, this is it. A lot of people have complained about the speed of their connection. And, often, those are the same people who haven’t bought a new modem or router since the 90s. Those things evolve, people! If you don’t have a recent modem and a mesh network, such as the Orbi or Google Wifi, you aren’t living your best pandemic. Of course, the major drawback to broadband being so widely adopted is that it’s beginning to put a strain on some services and, in some countries, on the internet as a whole. For example, in Europe, the internet infrastructure was so weighed down by the spike in traffic that Netflix was forced to reduce the quality of its streaming service so as to limit the data each person was using.

Remember Yelp? Back when we traveled and went to restaurants, we looked at it constantly to find a place to eat in a new town or when we were bored with our usual haunts. No need for any of that in a pandemic. In early April, Yelp was the first tech company to start laying people off. Because when no one travels or goes out to eat, there isn’t much need for a Yelp review. Similarly, no one really needs on-the-fly restaurant reservations when there are no restaurants. OpenTable went from installed on everyone’s phone to … “wait … what’s OpenTable?” The company is, nobly, trying to make the shift to in-store shopping reservations.

Loser: All Your In-Car Tech

Right before Covid hit, I was thrilled to put the Echo Auto in my car. That thing is awesome! I can send texts through Alexa, get directions, control the stereo, and more. And … I haven’t driven in weeks. And it sips a little at my battery to keep charged. So when I went to start my car after weeks of not driving, the battery was dead. Satellite radio and every other in-car tech that made commuting excellent are just as neglected.