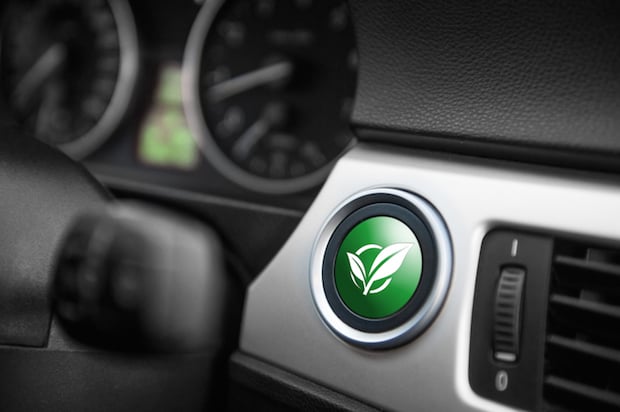 Are hybrids worth it?

If you’re wondering, ‘Are hybrids worth it?,’ you’re right to be skeptical

Are hybrids worth it? Yes, no, and maybe.

There’s considerable debate about whether hybrids are worth the cost – generally several thousand dollars more than the closest gasoline-powered equivalent model.

This debate rages not just among owners, but between experts. Not only do the various estimates out there differ because they use different fuel costs or ownership costs, but the value of a “green” car like a hybrid isn’t always in the money.

And there are also two factors that have changed dramatically over the decade or so since hybrids first hit the market, which have in turn impacted the “Are hybrids worth it?” debate.

The first is the cost of gasoline, which has long since dropped below the highs that it reached in 2012. The other is the increasing mileage that manufacturers are getting from gasoline-powered cars every year. Cheaper gas and more mileage in gasoline vehicles have seriously eroded the gasoline cost savings that prompt most people to buy a hybrid.

Are hybrids worth it? The answer by the numbers

The most respected expert in this area is Vincentric, a company that provides data, and insight to the automotive industry.

Vincentric’s annual hybrid reviews are based purely on the numbers: fuel savings plus cost of ownership, which includes depreciation, fees and taxes, financing, insurance, maintenance, opportunity cost, and repairs.

According to this data-driven analysis, there are some hybrids that are worth buying: specifically, 26 of the 65 hybrids evaluated, or 40%, that boast a lower total cost of ownership over five years compared to their closest gasoline-powered counterpart.

This Vincentric annual analysis percentage is the highest it’s been since it peaked in 2012 – when gasoline prices also peaked at an all-time high of $3.60 per gallon, making fuel savings far more significant than ever before.

In the Vincentric study, luxury cars performed best against their gasoline counterparts (46%), followed by passenger cars at 39% and SUVs/crossovers at 36%. The car with the largest savings was the Lexus CT 200h, showing that buyers could save $7,750 over five years of ownership compared to the similarly-equipped Lexus IS 200t.

This, however, is somewhat misleading: The Lexus CT 200h, unlike every other hybrid, actually costs less than its gasoline counterpart – $5,546 less, in fact. It’s not saving you that much more on gas, but then, what matters is the bottom line.

The remaining top five cost-effective hybrids are the Ford Fusion in two trim models, the Lexus NX 300h and the Toyota Avalon.

With the higher purchase price, some of the hybrid’s associated costs go up, including depreciation, finance, opportunity costs and fees and taxes. And with the hybrid’s more complicated powertrain, it can be more expensive to keep it running over time.

Many manufacturers are offering cash incentives and reduced prices to keep inventory moving during this period of low gas prices, making a hybrid seem more appealing to the pocketbook. And Consumer Reports notes that most hybrids cost less to operate than comparable conventional cars.

Yet at the same time, most of the government tax incentives once offered on hybrids have long since expired, so don’t count on that to lower your cost of hybrid ownership.

Are hybrids worth it? Other factors

The experts advise that if you’re considering a hybrid, it’s important to consider your specific needs, driving patterns and intended length of ownership.

And resale/trade-in values are a complicated situation, because hybrids are considered to have an actual shelf life.

For example, hybrid batteries have a definite sell-by date. As John the Car Guy, an Expert on JustAnswer explained to a customer, “Most batteries will make it 10 years … but some do fail in the six to seven-year span, or anywhere in between.”

Car manufactures say they build hybrid car batteries to last the life of the vehicle. And many offer standard warranties on hybrid batteries that last up to 10 years and cover 100,000 miles.

One JustAnswer customer asked Ford specialist Chris why he couldn’t generate any interest in the 2007 Ford Escape hybrid he was trying to sell for $3,500. Chris pointed out that not only the battery, but also many other hybrid car parts make buyers wary of used hybrids. The Escape hybrid’s transaxle for example, costs about $9,900, and the anti-lock brake system costs some $3,800 to replace.

Chris explained, “The private party resale value is actually about $4,500, so the right person has just not come along. Trade-in value is only about $1,500. I know that is quite low, but that may be your only option if no one even makes a legit offer.”

And if you think you can run a hybrid on gasoline alone if the battery dies, or you can somehow bypass the hybrid system, you’re in for a surprise. Expert Eric explained to the owner of a 2013 Kia Optima hybrid that the hybrid system is so deeply integrated with the engine, transmission, brakes and electronics that this is impossible.

What’s more, a hybrid doesn’t have a conventional starter, so if the battery is bypassed, the car won’t start.

Still, if replacement parts cost more, you may also find that you can save on insurance. Some insurance companies offer discounted rates to owners of hybrid vehicles, which could help make up for the higher initial price and other costs.

All in all, you’ve got be confident that you can get your initial purchase price and higher taxes, finance charges and other associated costs back in dealer incentives and fuel savings within the expected life of the car, preferably within the warranty period for the battery.

Are hybrids worth it? Beyond dollars

You may be one of those car buyers for whom it’s not all about your wallet. As Consumer Reports notes, “For some buyers, the lower emissions and smaller carbon footprint of a hybrid car is an important consideration.”

Going green and leaving a smaller carbon footprint is a worthy reason for many people to buy certain products. And other types of savings might also mean a lot to you, such as saving time not having to stop at the gas station so often.

Then there are bonuses such as access to HOV (high occupancy vehicle) lanes in urban commuter areas, which save time and stress. You might even work for a company that offers special parking spots or other perks for hybrid owners.

But just remember, when considering all of the above, that gasoline-powered cars are still almost always less expensive to buy up front – and are getting higher mileage and giving off fewer greenhouse gas emissions with every model year that goes by.

Are hybrids worth it? In the end it may all come down to your ability to negotiate a better price at the dealership – or your willingness to pay more for a smaller carbon footprint. And if you want to get input from an expert, the car Experts on JustAnswer.com are available to you any time of day or night.

If you own a hybrid vehicle, please share with us in the comments below your reasons for buying it and overall satisfaction with your decision.