The answers to your burning family law questions

Which family law questions have received the most attention from JustAnswer’s visitors?

Legal issues can be stressful regardless of the category, but family disputes come with their own unique complications. We tend to make special allowances for relations and loved ones, and it’s natural to seek out other alternatives before taking the legal route. Unfortunately, sometimes there’s just no getting around it. This is where family law questions come into play.

Looking at the four most visited pages in Justanswer.com’s family law category over the course of a year shows us the prominent areas of concern for many people. The top four visited pages show us a trend, with two sections of the category in particular coming into play.

And of course, we don’t only have the most popular family law questions: You’ll also see the answers to these inquiries that plague so many people, as delivered by the verified Experts on JustAnswer!

These two pages share something in common: Directly and indirectly, they both have to do with relationships that have run their course. The first question we’ll look at comes from a woman in a very difficult predicament, one that many people find themselves facing in one form or another.

How can I legally get my boyfriend to move out of my home?

Although she owned the house, and her boyfriend had only been staying with her for five months, this JustAnswer customer was at a loss. Not only did her partner have a drinking problem that led to property damage, but he also refused to leave when she requested. Worse, when she attempted to get an eviction order from the court, they told her it wouldn’t be possible for her situation!

She was informed that they could only perform landlord-tenant evictions. Faced with the prospect of being stuck with this person until they lose their temper and end up hurting her, she turned to JustAnswer for help.

Luckily, the responding Legal Expert was able to set her concerns at ease:

“Whomever you spoke to at the courthouse gave you completely wrong information! Under the law, you are considered your bf's landlord if you own the home and he is staying there. This is true even if he is not paying any of the bills.” 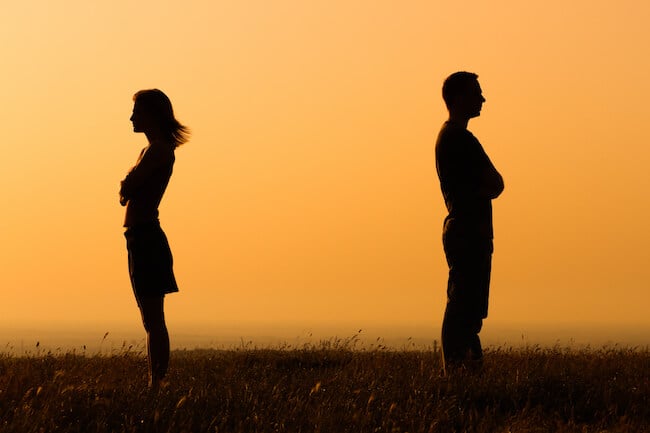 Sometimes the people we encounter aren’t as competent as they seem. In this customer’s case, she’d been given incorrect advice that might have led her to a great deal of unnecessary trouble. Turning to JustAnswer for a second opinion ended up being a great call.

How many times can a person get married in the state of Texas?

If the theme of our first question was “relationships gone sour”, this one is “gone sour but still persistent.” How persistent? The asker in this case was looking for information on behalf of a friend who was looking to get married for the eighth time!

As for the answer, Roger, an attorney on JustAnswer, explained that:

“There is no limit on the number of times a person can marry. The only restriction is that the person be single at the time of the marriage.”

Of course, with that being said, there are still restrictions with which to comply. For one thing, you’ll need to be single when you’re trying to get married. Also, as pointed out by Roger:

“If your divorce was finalized within the last 30 days, you must provide a certified copy of the divorce decree stating the judge has waived the 30-day waiting period. If you do not have that waiver, you will have to wait 30 days before you can apply for another marriage license.”

The other half of the family law category’s top four pages also shares a distinction. These two questions are related to parental matters within the law –and  their popularity serves as a reminder of just how common issues like these can be. They can also be quite stressful, even more so at times than the struggles of a failing marriage. Your children are your children, after all.

Can you show me how to write a letter stating how much child support I receive for my son, upon a mutual agreement?

This customer was indeed asking a question related to a parent not living with his son – however, it wasn’t asked by a person in distress. Rather, the mother in this instance was simply hoping to get help with writing a statement confirming that the child’s father was paying the child support as previously agreed.

The Expert provided a template that could be modified as needed, in addition to advising the customer to utilize a notary, who would witness the signatures being made. This would ensure that the document’s legality wouldn’t later come into question.

On what grounds would a judge not give visitation to a father?

The situation surrounding this question was much more dire than with the previous. The asker was trying to find out how they could ensure that the father wouldn’t get visitation rights, for the sake of protecting her child from what she believed to be an extremely unsafe environment.

Among the concerns she listed were drug use, irresponsible behavior, and even potential exposure to a suspected pedophile! The Expert on JustAnswer who addressed her inquiry had this to say, after collecting a sizable amount of background information:

“If a parent can show that the other parent will expose a child to a risk of sexual abuse, that can provide a basis to require supervised visitation or deny visitation entirely. That said, if there is no documentation or evidence that there is such risk a parent may have a difficult time making that case.”

The Expert went on to add that although the court would technically consider allegations based on a parent’s word alone, they would likely be very reluctant to give them much credibility. As for drug use, that could be used as a basis for asking the court to impose supervised or limited visitation. On the other hand, if the parent is found to no longer be using drugs, that would likely be taken into account as well.

Our families can be a  source of great joy and contentment… as well as great pain and frustration. When you find yourself in a bind, and you need answers to family law questions that don’t come attached to exorbitant legal fees, turn to the Experts on JustAnswer!

Is your experience with family law courts in your area positive or negative? Please share your thoughts with us in the comments below.