I have a 15” x 18” oil painting on canvas. On the back is stenographed K F Dupre

Expert's Assistant: What would you like to learn about the painting? Is there any info on the back, or a certificate of authenticity?

No certificate, just F Dupre stenographed on back of canvas. It is a Victorian painting of a woman at her desk - curious if any value?

Expert's Assistant: The Antiques Appraiser can help. You can also send photos once I've connected you. What's the age and condition of the painting?

Answered in 6 minutes by:
Appraiser: Roman-mod,  replied 6 months ago

Hello, My name is ***** ***** I’m a moderator for this topic! My goal is to help you get the best out of JustAnswer. Experts are much more likely to answer your question quickly if they can see pictures of your items. Please attach pictures using the information here: https://www.justanswer.com/help/how-do-i-send-photo-or-file-expert Thank you for your help and patience, Roman - Moderator 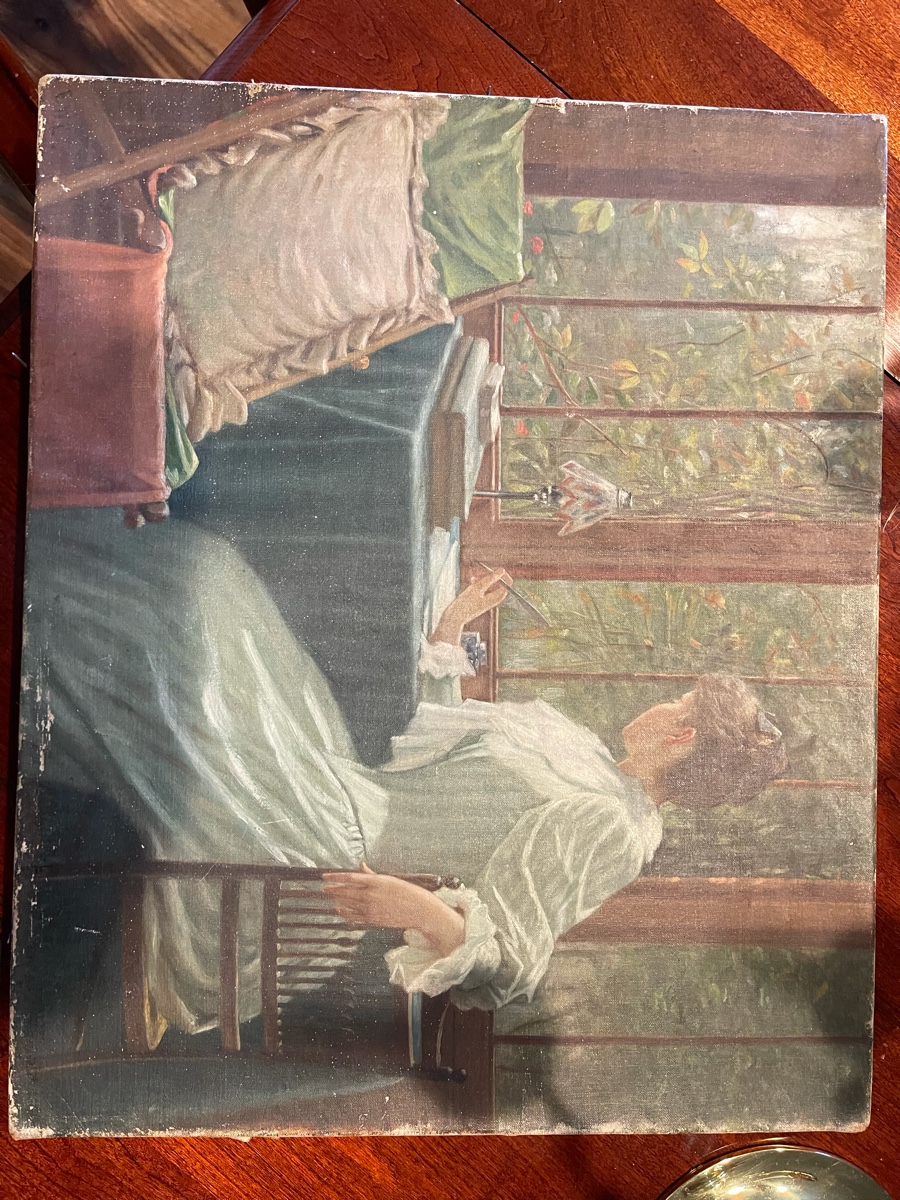 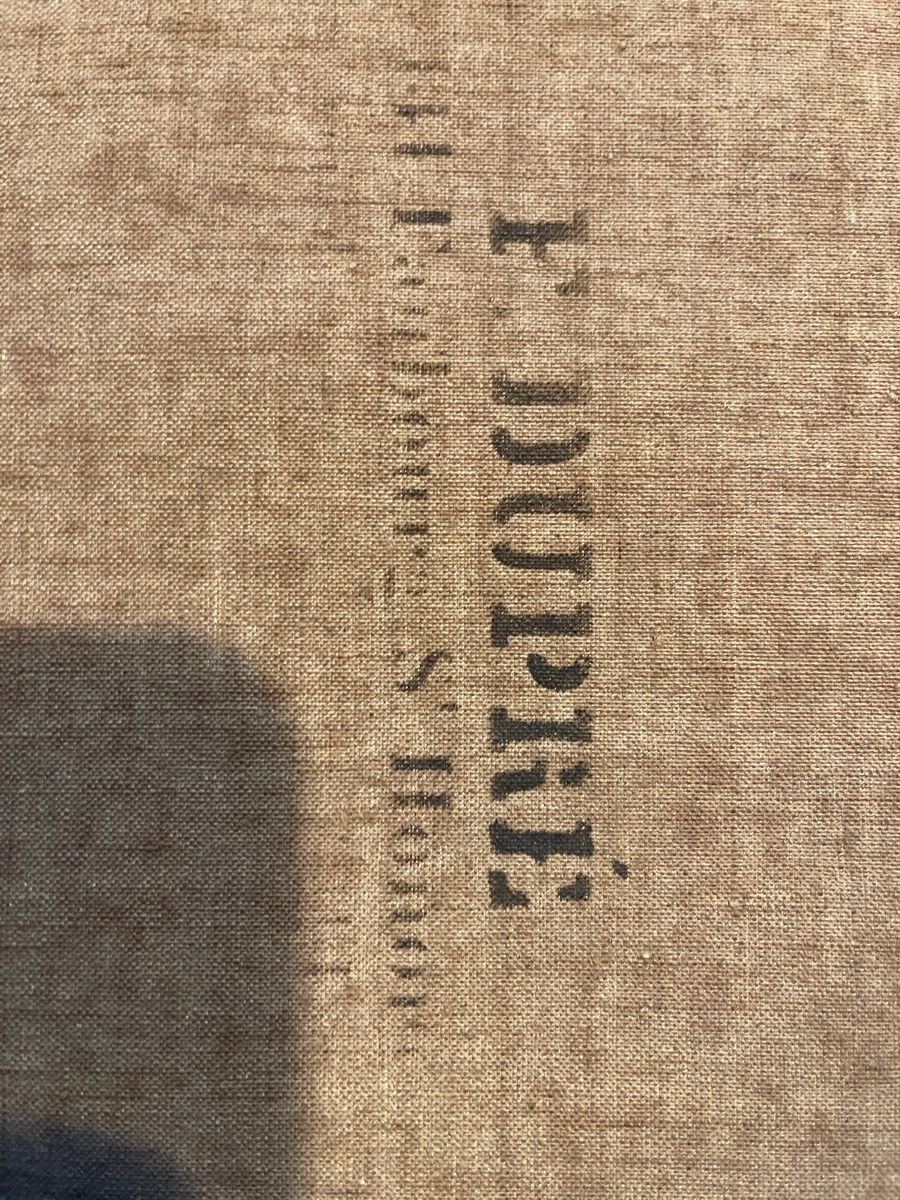 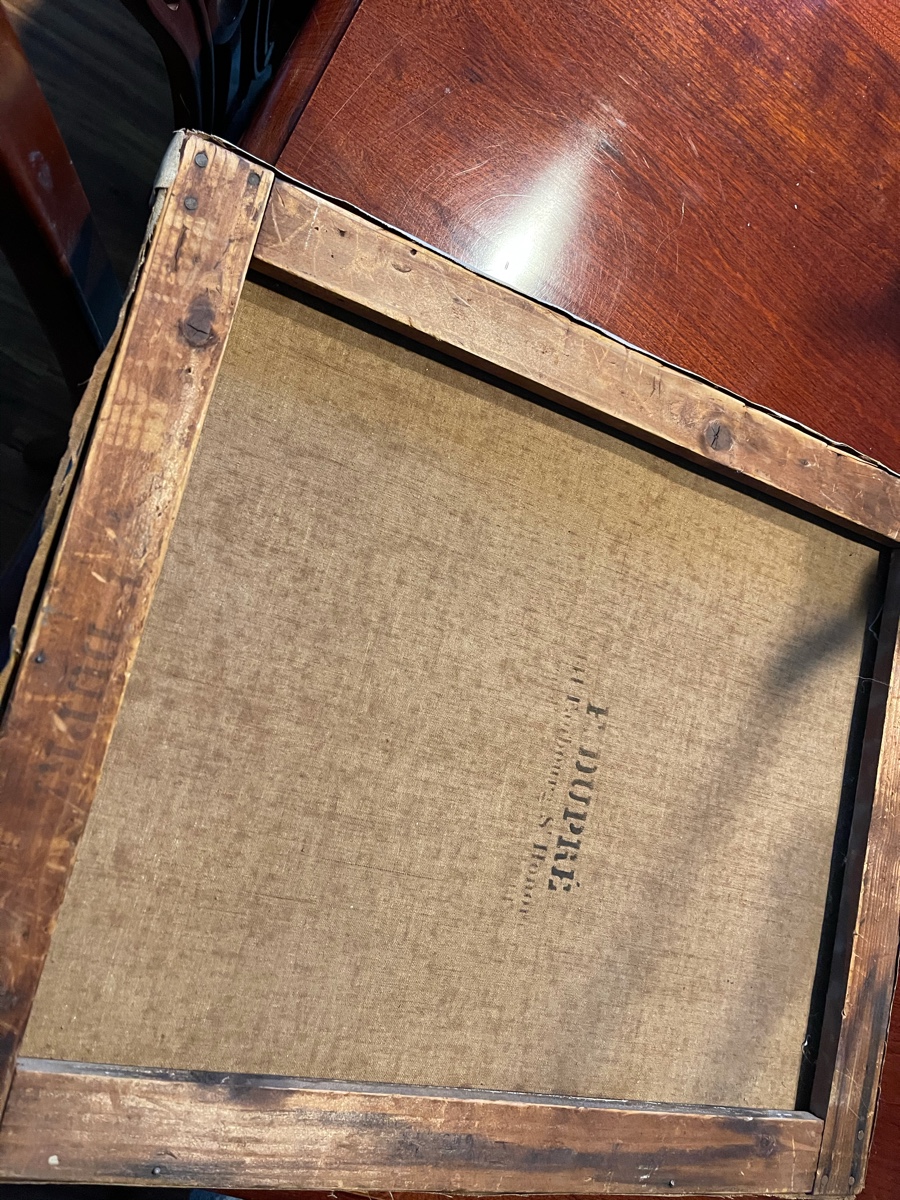 I am an appraiser, and I'll try to help with your question.

The "F Dupre - 144 Faubourg - S'Honore" on back of canvas is the stamp of an art material supplier in Paris.

There is a faint signature on front at lower left - looks like initials - can you take a detail photo of that and send it to me?

What else do you know about its history?

Please post photos by Clicking on the Blue Document Icon next to the Red Send Button.
Peter

Customer reply replied 6 months ago
I have no history unfortunately. I picked this up from my mother 40 ? Years ago as she was tossing it out. She said she purchased from an antique shop many years prior and never used it. She is long gone for any additional feedback. Thanks 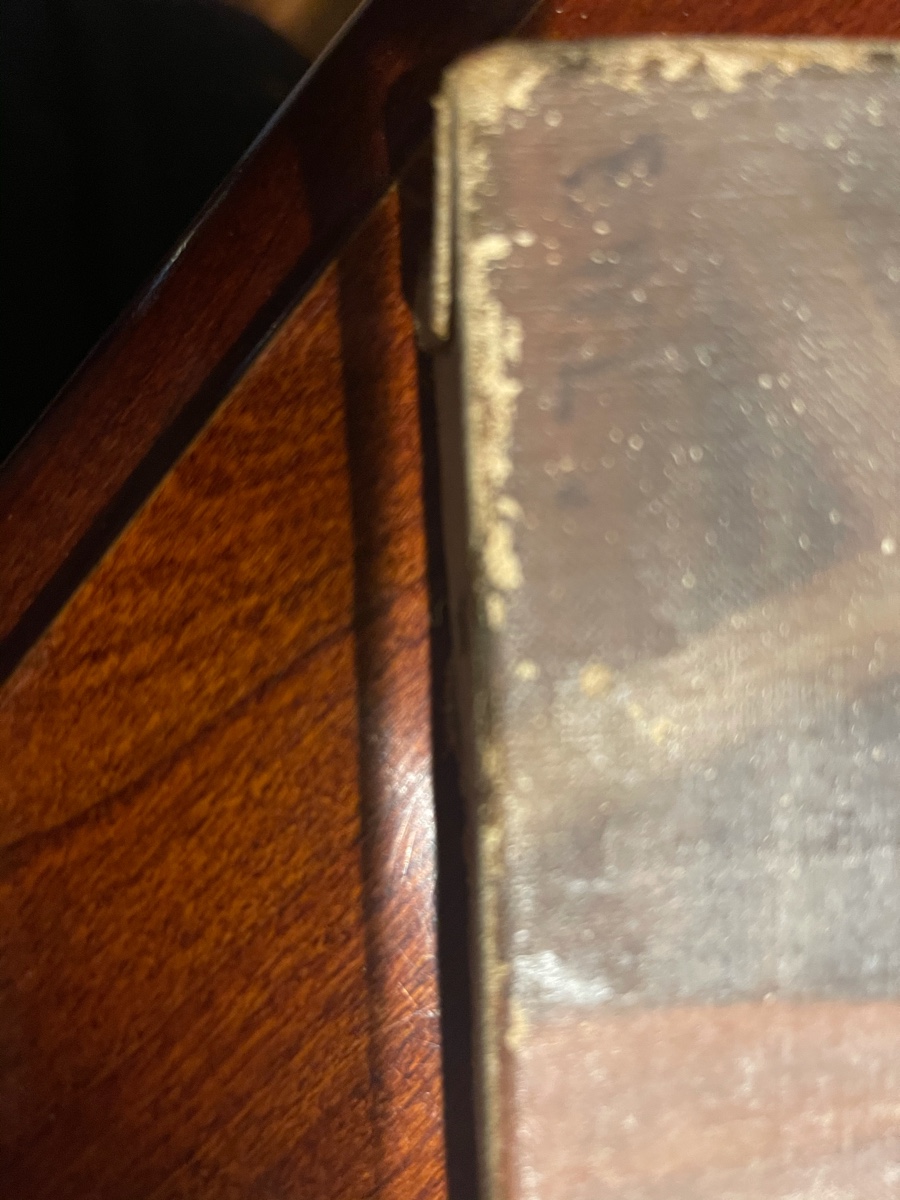 image.jpgimage.jpg
Customer reply replied 6 months ago
Hi Following up on this question. Thanks

I believe this may be the work of Elizabeth Boardman Warren Lindenmuth (1886-1980), a known illustrator and printmaker of Provincetown, MA and St. Augustine, FL.

She signed many works E.W.L. or E. B. Warren. I would attribute your painting to her, with the understanding that I am not seeing it first-hand.

Auction records for her are limited to etchings and small townscapes and landscapes in watercolor, usually selling for $200-$400.

She was married to artist Tod Lindenmuth, whose bio is here:

Vose Galleries in Boston may be able to give you an opinion on your painting.

I hope this is helpful.

Here is bio information on her:

Trained as an illustrator, Elizabeth Warren did illustrations for about 15 children's books and for magazines. She became a noted watercolorist, especially views of New England and Florida, and in the late 1930s, she began painting pastel portraits of children in rather sentimental style. She also did etchings including ones of structures in St. Augustine, Florida such as The Old Fatio House and The Prince Murat House.

Because she was active at a time when women artists were not as respected as professionals as men, she signed her work "E.B. Warren" to disguise the fact she was female.

Warren was born in Bridgeport, Connecticut and graduated from the Massachusetts Normal School of Art in Boston. She then worked as a free lance illustrator until 1924, when she went to England to study watercolor and drypoint etching. Returning to the United States, she studied at the Vesper George School of Art and began regular visits to Provincetown, where she studied etching with W.H.W. Bicknell. However, she was most interested in watercolor, and during this time did many New England coastal scenes.

In Provincetown, she met and married Tod Lindenmuth, painter and graphic artist. The couple had two children. They were both very active in the Provincetown art community including the Art Association, and they maintained a summer studio and gallery from where they sold their etchings, woodblock prints and paintings.

In 1934, they first visited St. Augustine, Florida where they established a winter studio in the Fatio House on Aviles Street and became active, respected members of that arts community.

In 1940, the couple moved permanently to St. Augustine. "They never owned a car, and sought subjects on long walks around St. Augustine." (83) Although her husband did not enjoy traveling, she took painting trips including to Haiti, Mexico, Nova Scotia and Spain. In St. Augustine, she studied watercolor with Eliot O'Hara. Among her watercolors are Fishing at the Fort, St. Augustine. She also illustrated a popular book, St. Augustine Cookery: A Collecton of Recipes Handed Down by Spanish, French, English and American Settlers of the Nation's Oldest City.

In 1940, the Lindenmuths moved their summer studio from Provincetown to Rockport, Massachusetts, and became regular exhibitors of the Rockport Artist Association.

For the remainder of their painting careers, they divided their time seasonally between Rockport and St. Augustine. In 1968, they retired to Jacksonville, Florida, living in Wesley Manor (Westminster Woods) on Julington Creek.
Tod Lindenmuth died in Jacksonville in 1976 at age 91, and she lived four years longer.

Verified
PeterS128 and 87 other Appraisals Specialists are ready to help you
Ask your own question now
Customer reply replied 6 months ago
Thank you so much for this detailed feedback- much appreciated and have a good weekend.
Was this answer helpful?
Yes
No

PeterS128
Appraiser
Master of Fine Arts
482 satisfied customers
I believe I have a painting by Dobson. Only F Dobson on the
I bought it about 15 years ago. And is in good condition … read more

Kim D.
Certified Appraiser & Antique Expert
361 satisfied customers
Show more
Disclaimer: Information in questions answers, and Show More
Disclaimer: Information in questions, answers, and other posts on this site ("Posts") comes from individual users, not JustAnswer; JustAnswer is not responsible for Posts. Posts are for general information, are not intended to substitute for informed professional advice (medical, legal, veterinary, financial, etc.), or to establish a professional-client relationship. The site and services are provided "as is" with no warranty or representations by JustAnswer regarding the qualifications of Experts. To see what credentials have been verified by a third-party service, please click on the "Verified" symbol in some Experts' profiles. JustAnswer is not intended or designed for EMERGENCY questions which should be directed immediately by telephone or in-person to qualified professionals.