I have several Hummel figurines that I’m wondering if they…

I have several Hummel...

Expert's Assistant: The Appraiser can help. You can also send photos once I've connected you. Do you know how old the figurine is?

I think they’re all different. I do have all of the numbers

Expert's Assistant: What condition is the figurine in?

They’re all in very good condition.

Expert's Assistant: Is there anything else important you think the Appraiser should know?

Not that I can think of at the moment

Hi My name is Diana

How many Hummels do you have?

Hi. That's a bit much to work on in one question. It can get confusing if you have a lot and each Hummel has it's on value and history. There's no real average value for them. I'd be willing to do 10 per question if that's okay with you.

Great. If you can give me the names or numbers on the bottom along with which mark you have, I can get started. 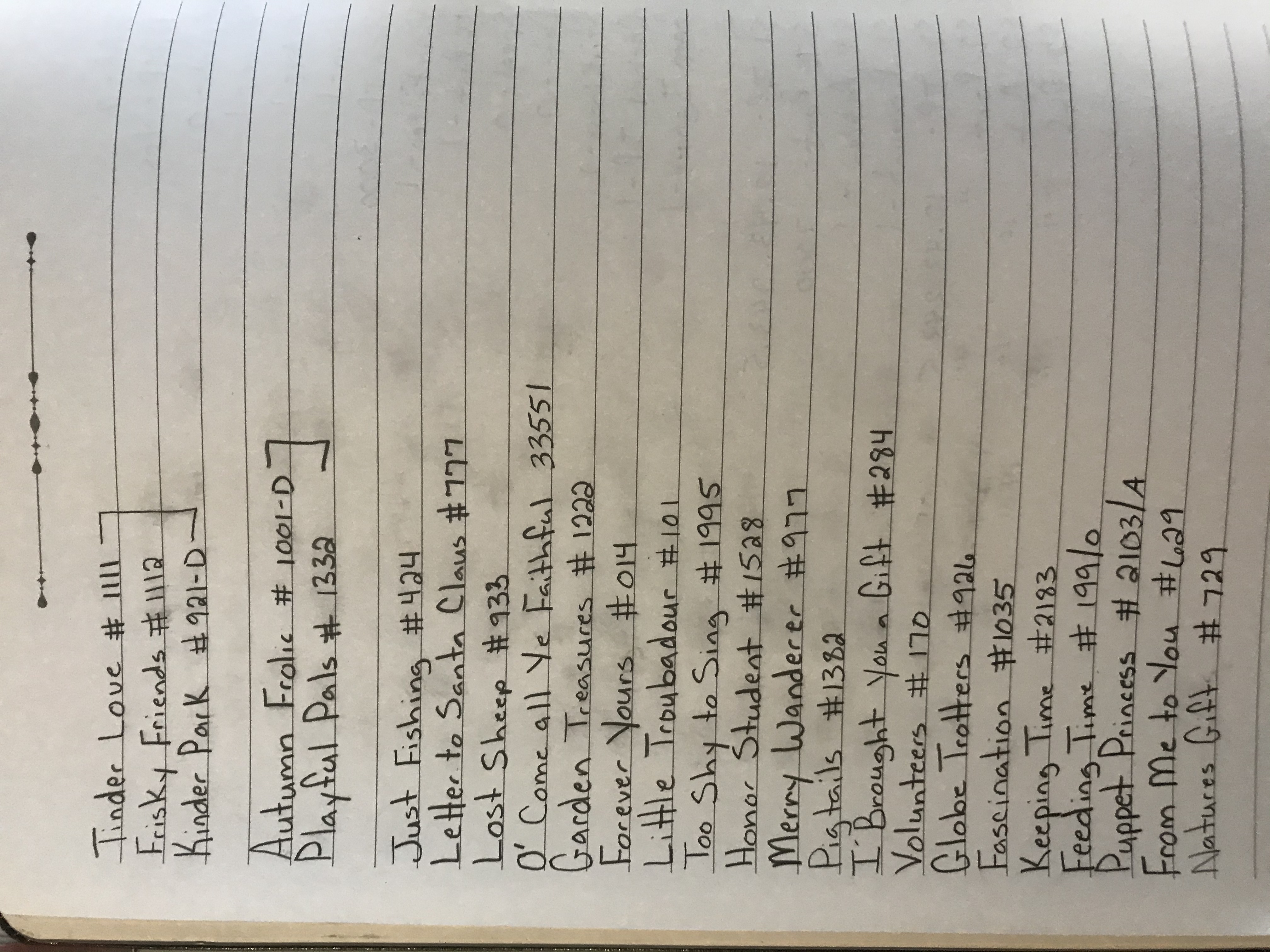 Perfect. I'll just pick the first 10. =) If you don't know the marks on the bottom, do you remember roughly what years you bought them?

Customer reply replied 2 years ago
Here are some pics of the bottoms, not all obviously 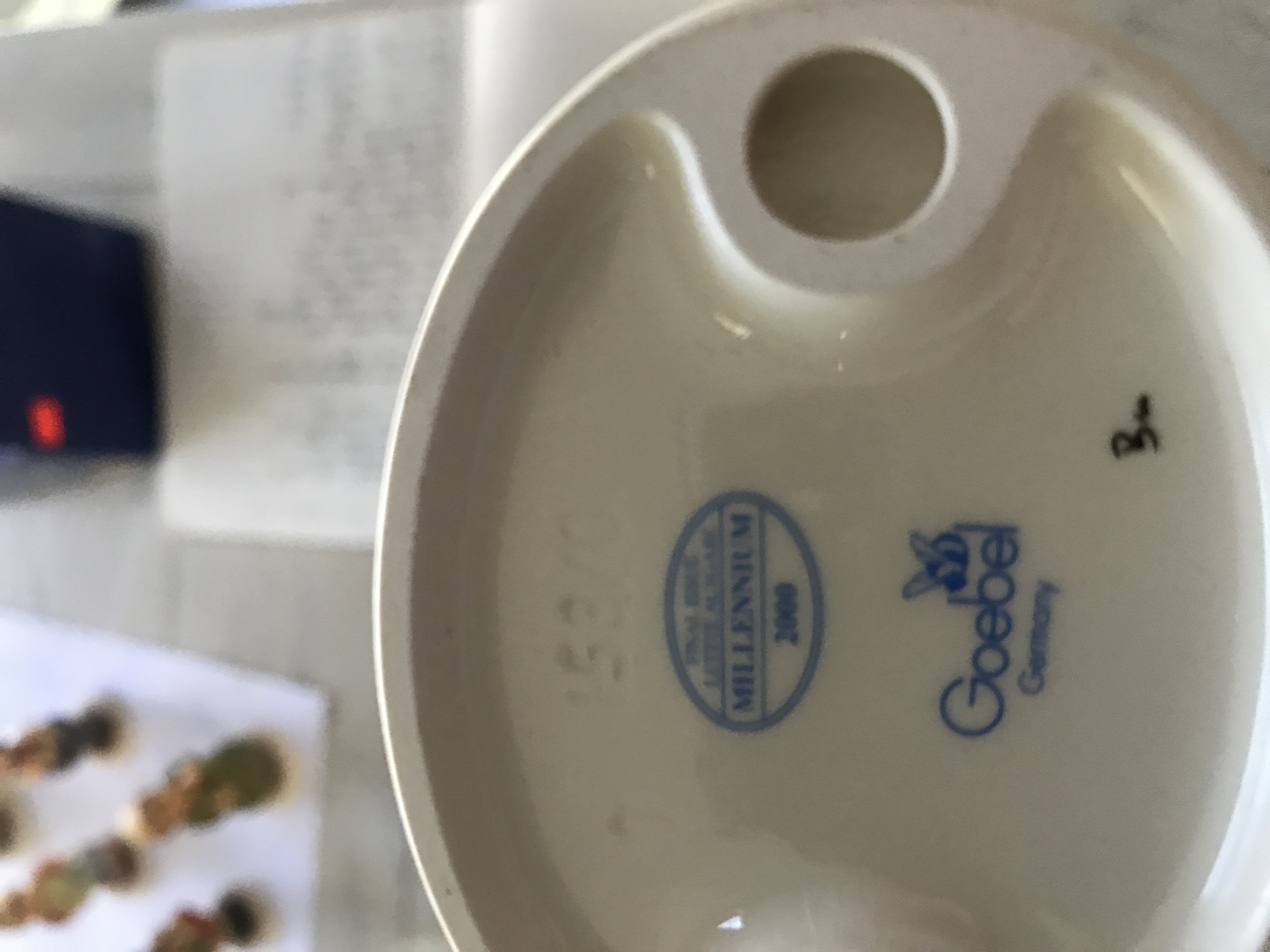 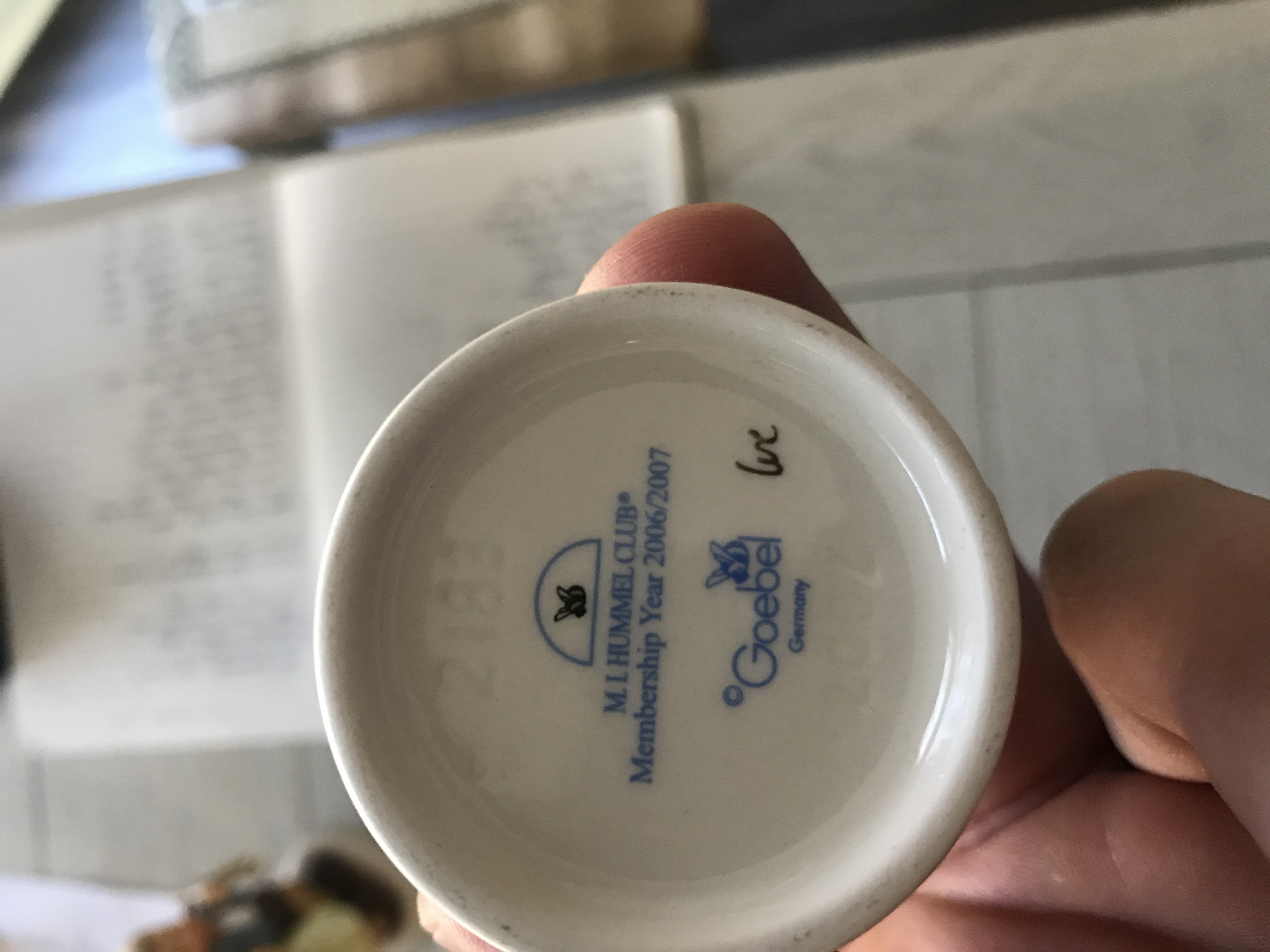 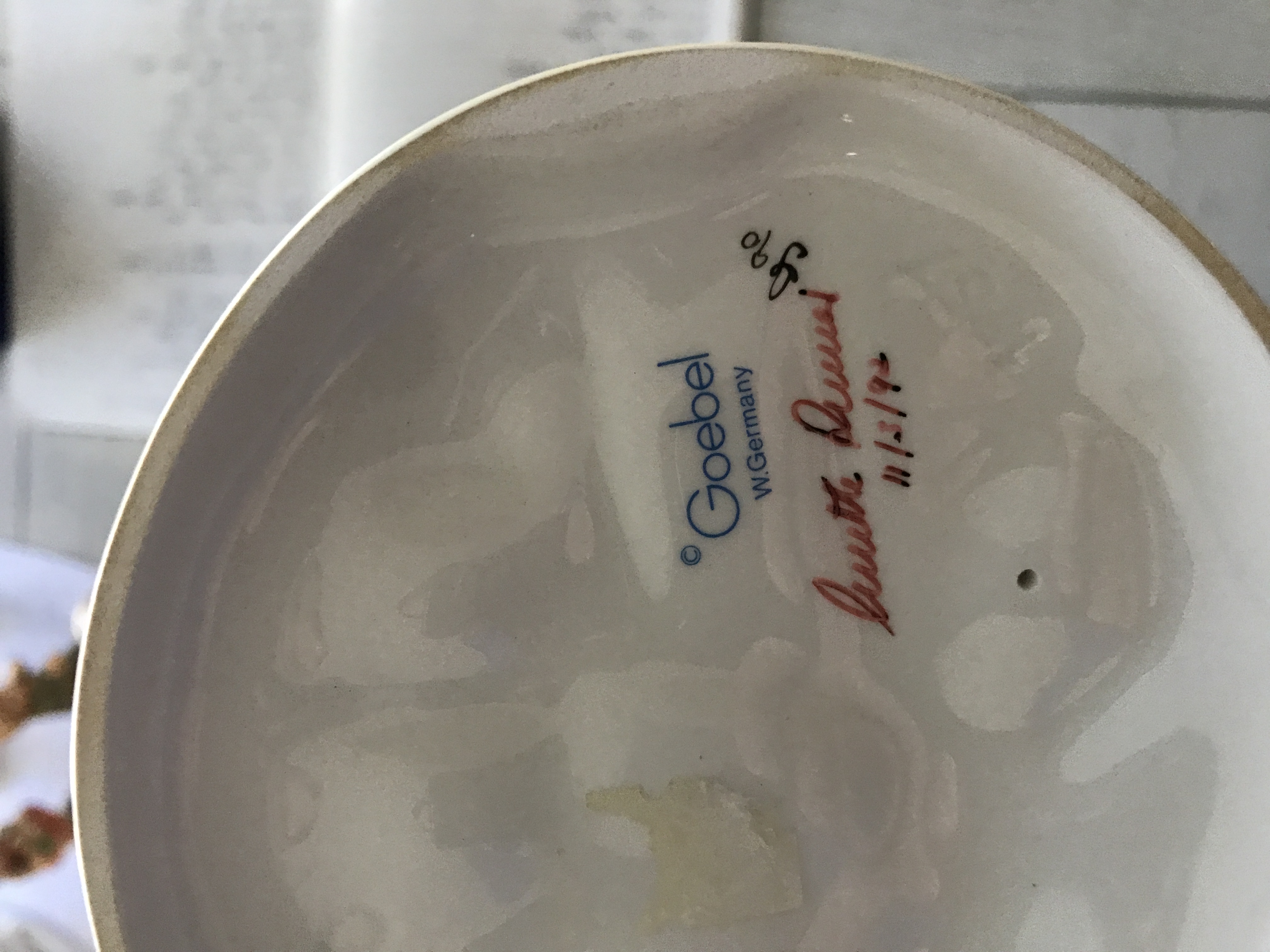 image.jpgimage.jpg
Customer reply replied 2 years ago
These were my moms and I don’t have much knowledge about them.

That's okay! That pick is great. I'll get started.

That's okay. I'm sure based on what she has, that she got most of them around the 90s. That's really all I needed to go by. There are a few that have the numbers off, but I know the original numbers (which are what you'll want to use if you list them to sell them). I'll just start at the top and work down:

4) Autumn Frolic - #1001-D - This Hummelscape was offered to go with Playful Pals. The hummelscapes were usually offered for free with the purchase of the matching figurine if bought through certain retailers and clubs. On it's own, it's not worth $50 to $65

9) O' Come All Ye Faithful - #33551 - (It should also be BH51) This is from a later Goebel Line. They're not really part of the original Hummel Line but are based on drawings of Berta Hummel (who became Sister Maria Innocentia Hummel). They're usually marked with BH in their number. This one is from the late 1990s. It's worth $50 to $60

The price will vary a bit depending on where you try to sell it. You will always get a higher value by selling yourself in a private sale as opposed to an auction, Ebay, or selling to a dealer. You're welcome to ask whatever you like for them, but this is what they're worth.
.

For selling yourself, Etsy is a great alternative to Ebay. Rubylane, Tias, and Charish are great online stores too. They generally have a store "setup" fee, so unless you have a lot of items to list, it may be a bit too pricey. They do get the "higher" paying customers though. Etsy actually has one of the lowest current rates.

There is also craigslist. Your town might even have a facebook page dedicated to selling items (like an online garage sale). Some buyers have even started using apps or sites like LetGo or Varagesale. The only big downside to these is you always run a risk of meeting someone that may be dangerous. If you go that route, never have them come to your house. Always meet someplace very public and never go alone. I don't generally recommend any of those options because I would hate for something to happen to you. One generally safe option is meeting up at a local police station. A lot of towns allow sellers to use their parking lots as meeting places.

Ebay is more or less a last resort. It does reach a lot of people, but the values tend to be lower. If you do decide to try Ebay, consider using reserves.
.

That should give you quite a few options, but if you need anything else, don't hesitate to ask.

If you have any questions, please let me know.

If you would like to use me on any further questions. Requesting me expires in just a short time. If you put my name (DianaF) in the question, that will make sure it gets to me.
.
I look forward to working with you again.
.
I hope you have a great day.
~Diana

Frank
Appraiser
Bachelor's Degree
580 satisfied customers
Show more
Disclaimer: Information in questions answers, and Show Less
Disclaimer: Information in questions, answers, and other posts on this site ("Posts") comes from individual users, not JustAnswer; JustAnswer is not responsible for Posts. Posts are for general information, are not intended to substitute for informed professional advice (medical, legal, veterinary, financial, etc.), or to establish a professional-client relationship. The site and services are provided "as is" with no warranty or representations by JustAnswer regarding the qualifications of Experts. To see what credentials have been verified by a third-party service, please click on the "Verified" symbol in some Experts' profiles. JustAnswer is not intended or designed for EMERGENCY questions which should be directed immediately by telephone or in-person to qualified professionals.