One more try.....I purchased this table and 4 chairs from an… 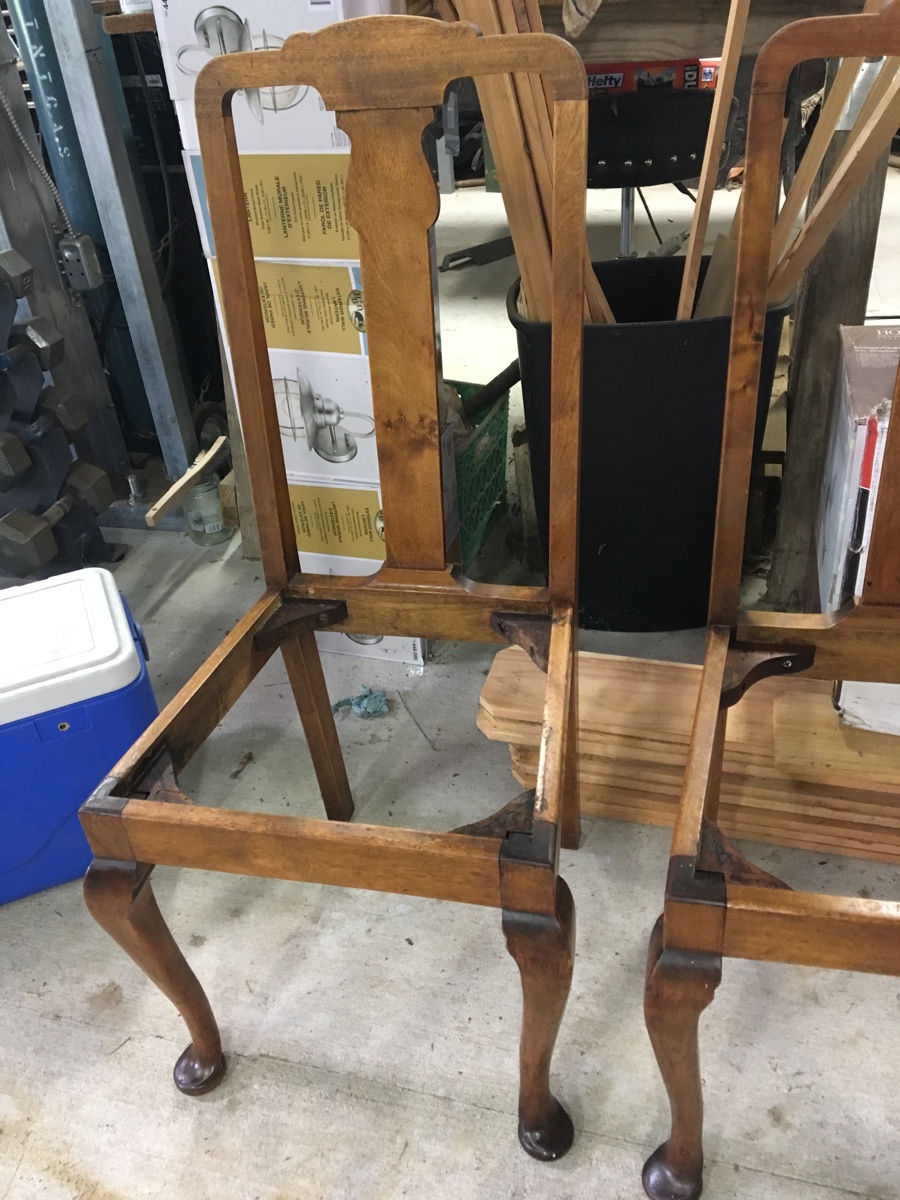 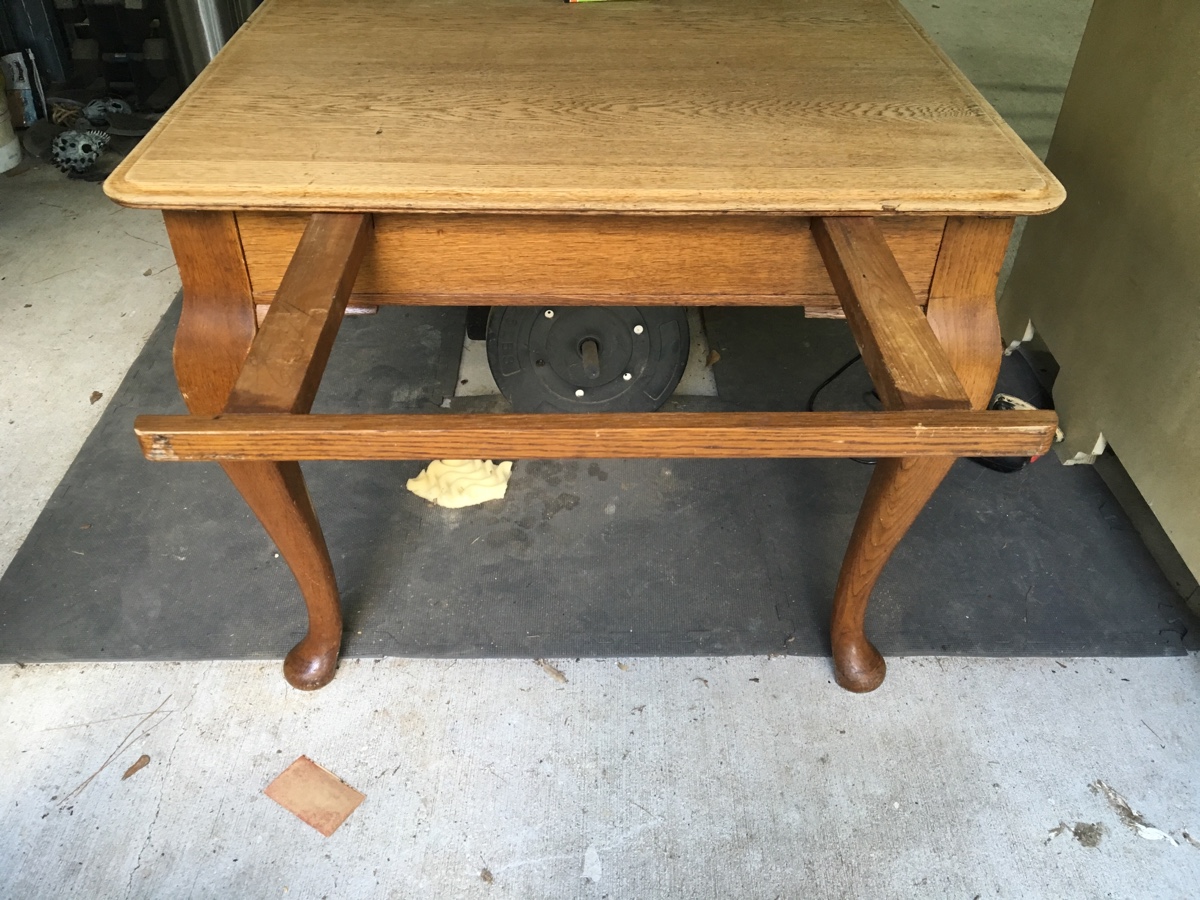 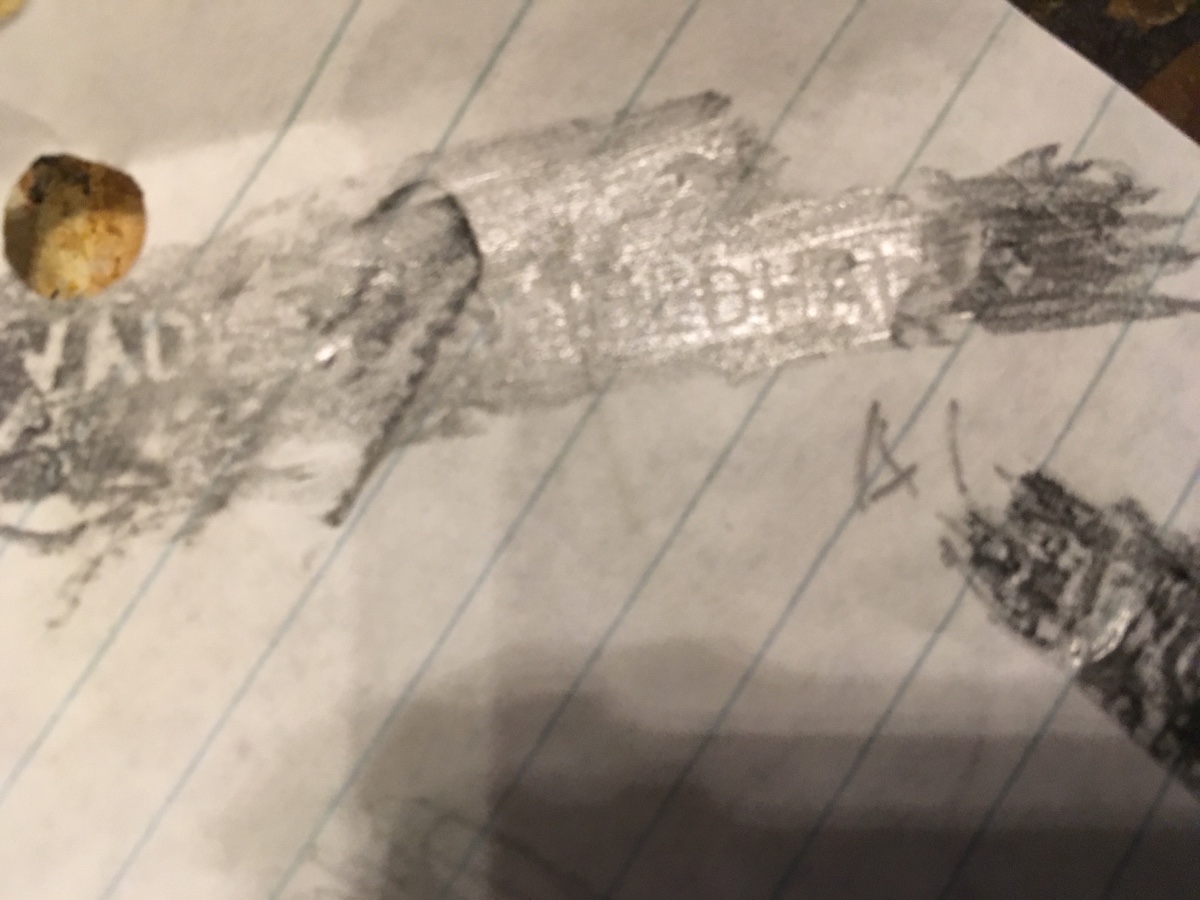 This is Robert here, I'd be glad to help with your chairs.

They were made in Scotland at a furniture factory set up by the Scottish Co Operative Wholesale Society Ltd, (SCWS for short) located at Shieldhall, formerly "Shield Hall" the country seat and stately home of a former wine and tobacco baron, James Oswald, near Glasgow.

Looking at the style, and the history of the company, your set dates to the 1920s.

Shieldhall used to be country seat of the Oswald family on the banks of the Clyde river just west of Glasgow, now part of the industrial and commercial sector of the city, about 8 miles from the center of Glasgow.

From its beginnings in 1884, founded by a locally famous workers' co-operatives innovator and entrepreneur, William Maxwell, SCWS grew into one of Scotland's greatest social & economic triumphs, becoming the largest furniture factory in Scotland with over four hundred employees at its peak in the late 1930s. However, it never fully recovered following the virtual shutdown during World War II and continued as a shadow of its former self until closing in the early 1960s.

There's an interesting article on William Maxwell's bold social experiment and the Co-op movement at the Shieldhall industrial complex here if you're interested in reading more.

They made excellent quality furniture, and many innovative Arts & Crafts designs inspired by Glasgow's most famous architect, designer and artist, Charles Rennie Mackintosh.

Your chairs are more mainstream and traditional in design, so would not quite qualify to be in the Mackintosh-inspired category, but they do have a simplified design with pared down ornament that would have looked very modern in their day.

If you saw them for sale in an antique store they would have a full retail value of around $200 each. This is also the replacement value for insurance purposes.

Yes, I do so agree. It really brings a piece to life to know a little of its history. William Maxwell had apparently spent some time in America in his earlier career so was certainly no stranger to its potential as an export destination and market for these SCWS products.

Is that a full size dining table? It's hard to see what you have there. Can you add a couple more photos so I can see the set up? 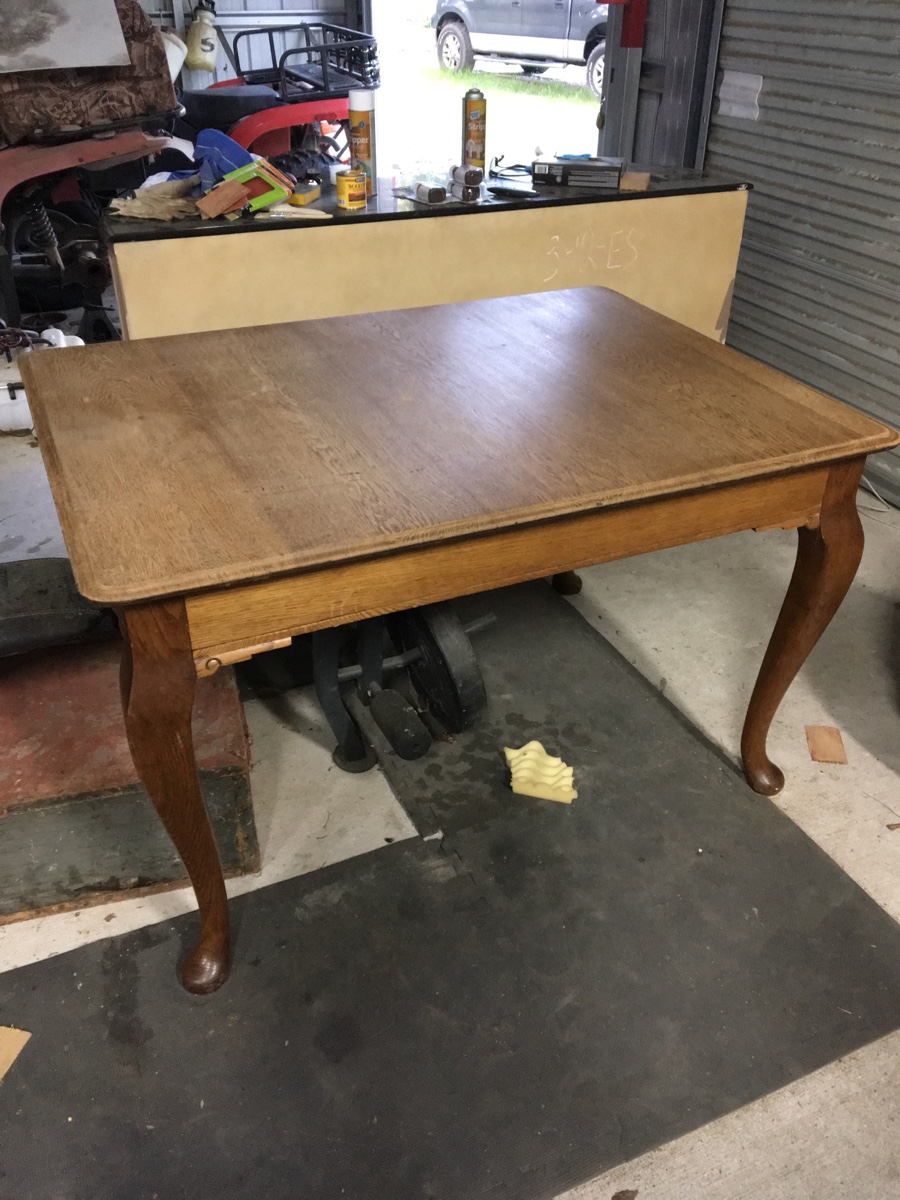 Okay great, I see what you have now. This would be classed as "pub table" size, but also conveniently compact for a kitchen/dining room location, and preferred these days over the full size dining tables that few seem to want.

The pull-outs are an interesting set up. It looks like the top may have parted in the middle, allowing a center leaf to be dropped in. But just as effective with the surface you've ended up with. Very pretty oak wood and I like those neat little brackets at the top of the cabriole legs with a tiny carved scroll detail. That's pure Scottish 'Arts & Crafts' and elevates it instantly from the ordinary (for the handful of folks who might be interested in that).

I would give your table a full retail value (in an antique store venue) of $600. Again, this is the replacement/insurance value too.

Customer reply replied 3 years ago
Your knowledge amazes me....thank you...I purchased the chairs and table for 150.00 so all of that is good news....I love the hunt and history more than the money...thank you and I look forward to working with you in the future

Sounds like you got a wonderful bargain considering their pedigree and design. Well done indeed!

Meanwhile, very glad to have helped! When you get a moment could you very kindly rate my services (with the stars or "accept" button) as this is how I get paid by JustAnswer at no extra cost to you.

And, I'd be delighted to work with you again, just make sure you put "For Robert S....." in the subject line whenever you start a new Question and it will be sure to get to me.

Have a great night, and many thanks.

Wayne
Appraiser
1,680 satisfied customers
Show more
Disclaimer: Information in questions answers, and Show More
Disclaimer: Information in questions, answers, and other posts on this site ("Posts") comes from individual users, not JustAnswer; JustAnswer is not responsible for Posts. Posts are for general information, are not intended to substitute for informed professional advice (medical, legal, veterinary, financial, etc.), or to establish a professional-client relationship. The site and services are provided "as is" with no warranty or representations by JustAnswer regarding the qualifications of Experts. To see what credentials have been verified by a third-party service, please click on the "Verified" symbol in some Experts' profiles. JustAnswer is not intended or designed for EMERGENCY questions which should be directed immediately by telephone or in-person to qualified professionals.