Its Shannon D. again. I am sending you some pictures of

Hi Robert, Its Shannon D...
Hi Robert, Its Shannon D. again. I am sending you some pictures of miniature Chinese teapots. Can you give me some information on them. Are they more valuable because they are miniatures. I am going to sell them on E-bay. Thanks for your time and effort.
Shannon
Show More
Show Less
Ask Your Own Appraisals Question
Share this conversation
Customer reply replied 5 years ago
Here are the pics. On these teapots I just want some general answers such as how old they are, are they actually used, Are the decorations mean anything? Also, do I need to ask your opinion on each of the teapots thus helping you get paid or is it ok if I sent them as a group? I want to do the right thing. Thanks, Shannon 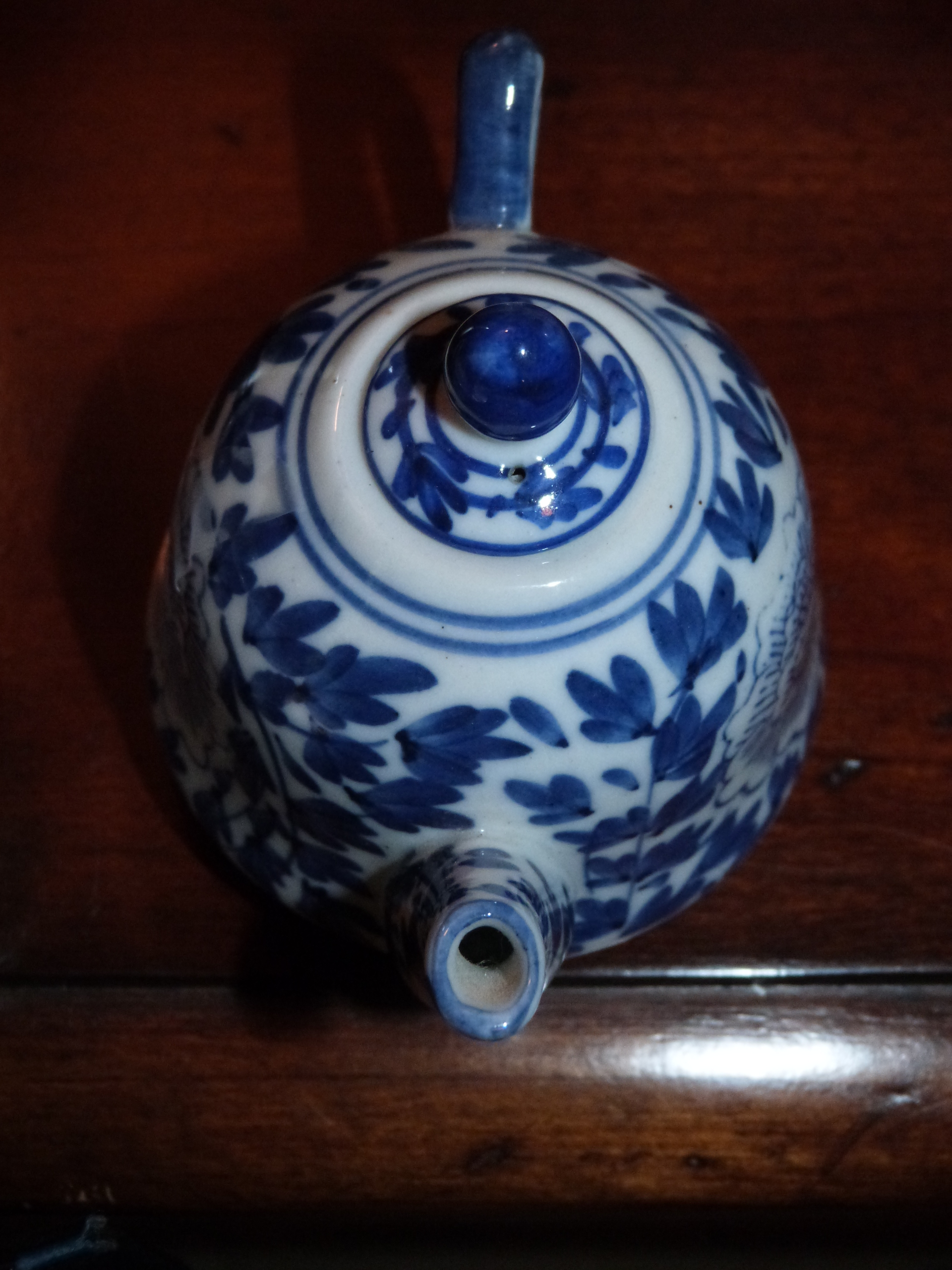 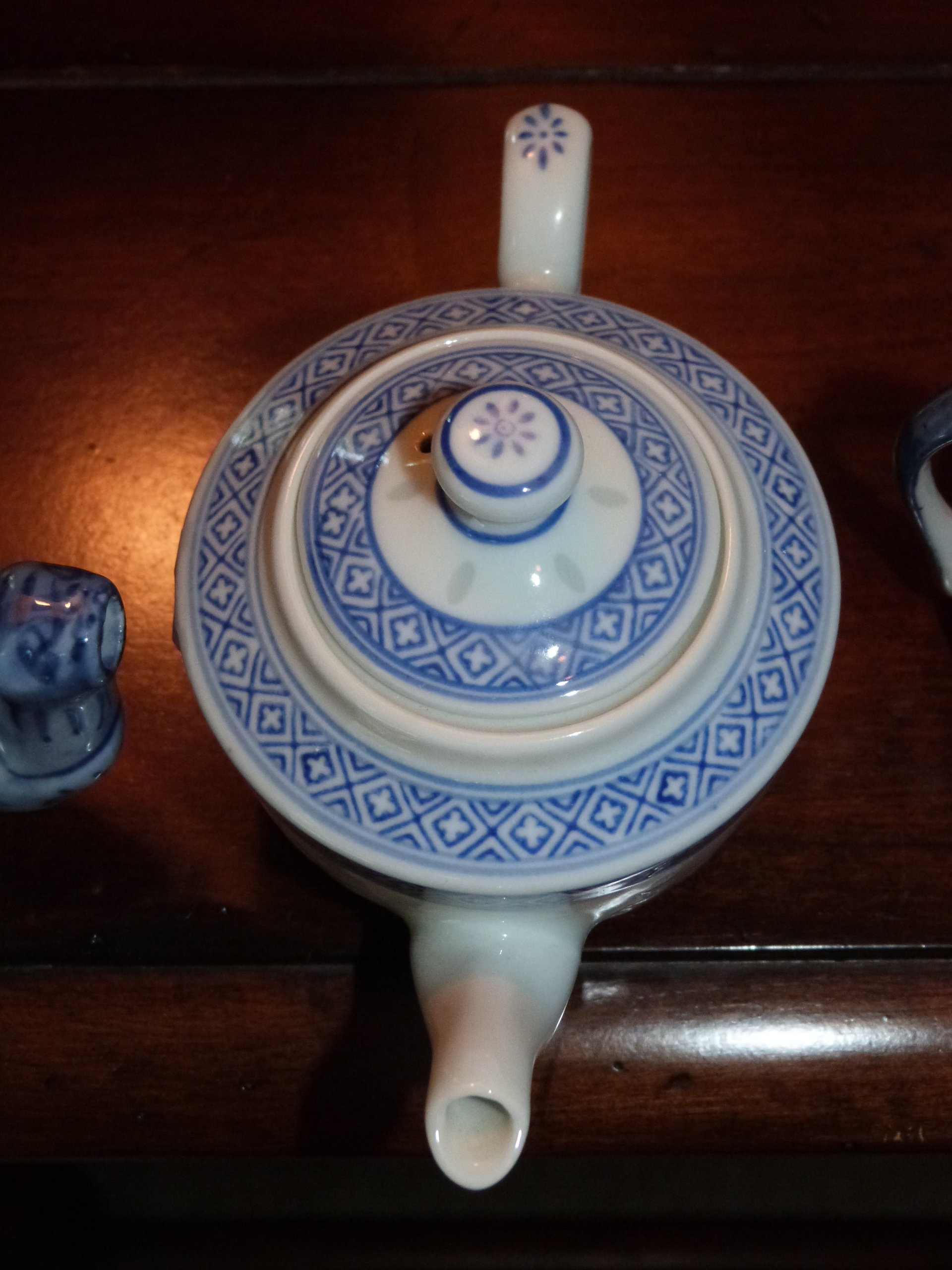 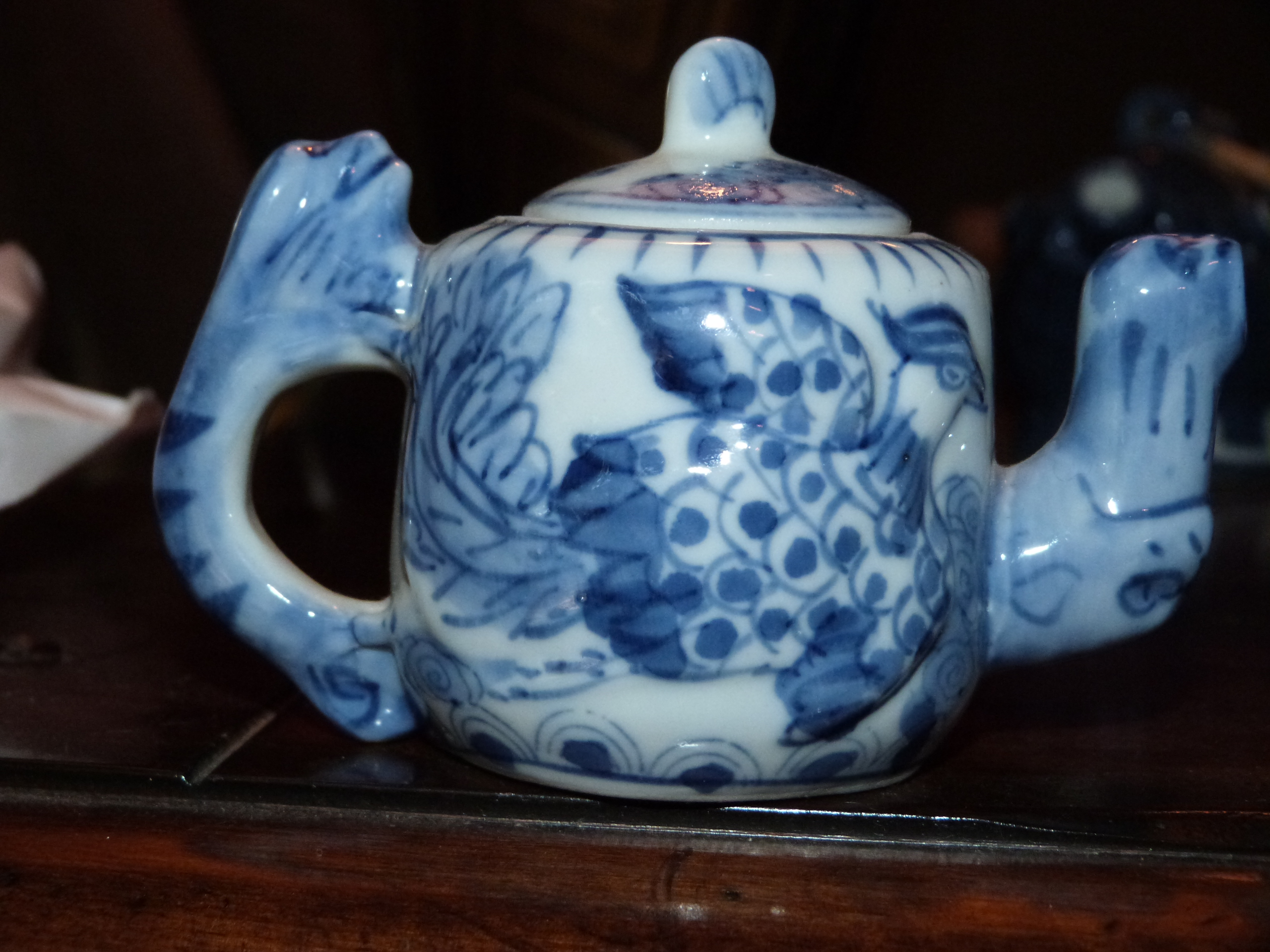 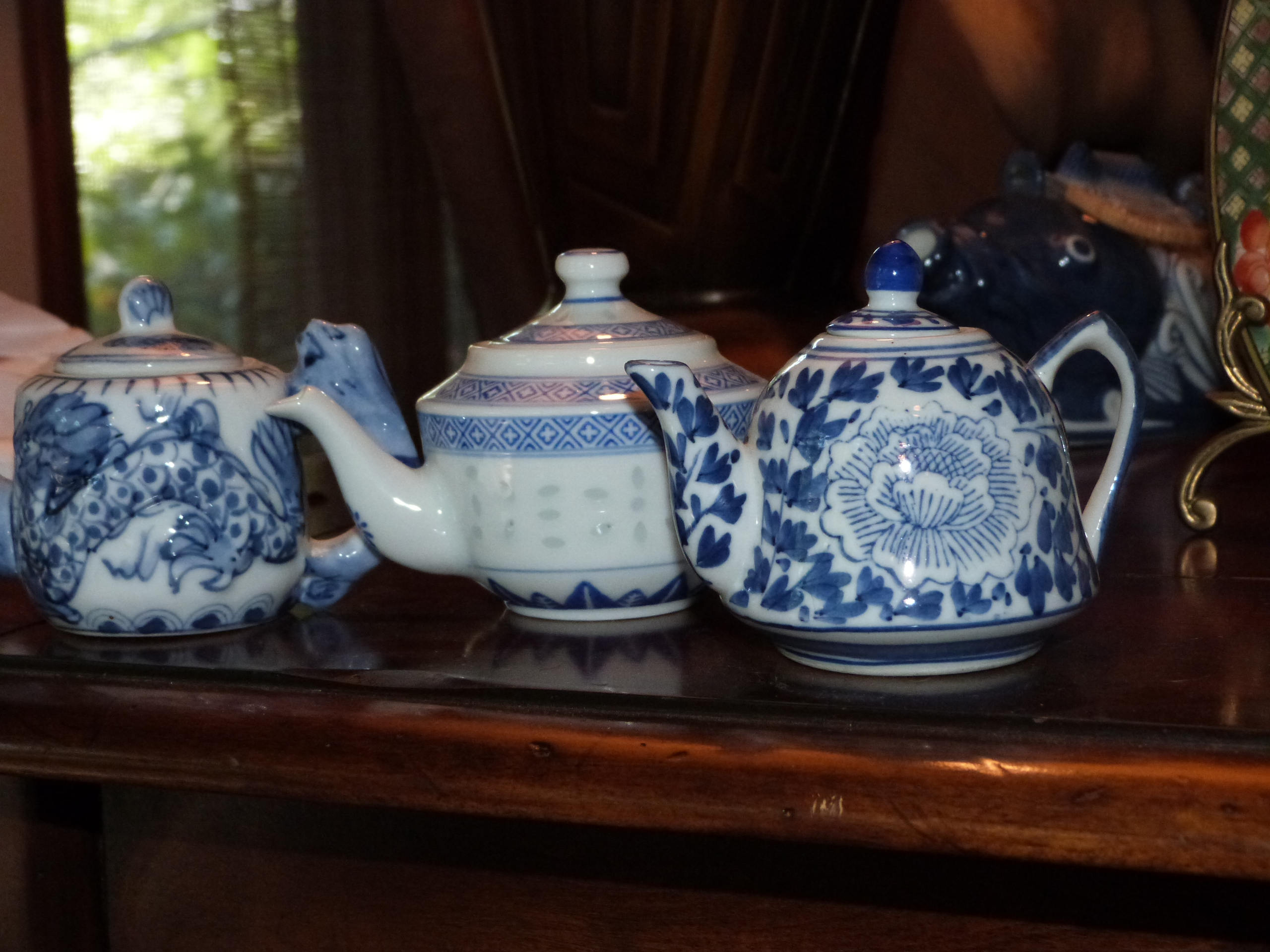 Good to hear from you as always! Hope you are doing well. Thanks for the new Q on the miniature teapots.

I'd be happy to do these three as a group although usually, since I get paid by JustAnswer by the question, I usually only do one item per question. However, for these, since they are small and not hugely valuable, it's perfectly okay to make an exception.

I presume they are all unmarked?

Also, are these doll size or smaller? All I need are the heights.

Customer reply replied 5 years ago
No they are not doll size just miniatures. The 5 sided one is r"H and that includes the lid and the width is 2". he second one is round with symbolic spout and dragons on the side is also 3"H counting the lid. The third one is 6 sided and is quite dainty. The measurement is 3 1/4"H by 2"w. Hope this helps. S

Okay, thanks for confirming that. I understand. That 3" height is what I call a children's play set size.

So going from left to right in your photo of the three of them:

Circa 1970 - 1980. Decorated with an Asian phoenix fenghuang, (female) on one side and an imperial dragon (male) on the other. She symbolizes the Empress when paired with the dragon and the dragon represents the Emperor, naturally. The fenghuang is a symbol of high virtue and grace and the union of yin and yang and of course the dragon is symbolic of imperial power, royalty and all things masculine. This dual depiction is often seen on wedding gifts and decorations as it is considered an auspicious blessing on a marriage.

This one is my favorite. I have always loved this "rice grain pattern" or linglung as it is called in China. I remember with great fondness a set of my aunt's, just like this, brought back from Hong Kong by her father in the early 1900s.

It used to be thought that the pattern was created by inserting grains of rice into the porcelain clay (or at least this was what gullible westerners like me were told!) and the rice burnt away in the kiln leaving the translucent holes. But that is not the way they did it. In fact it was done by a much more painstaking process where the clay was cut away by hand in these little lenticular shapes. When the unfired piece was dipped in clear glaze, it bridged across the holes, so that when fired in the kiln it became like the little window panes you see in the finished porcelain. And so decorative when you sit it on a window sill, or backlight it.

The rice grain pattern dates originally from the Qianlong period (1736-1795) although the technique is a lot older and it was the Persian potters who came up with it first, as long ago as the 12th century. The pattern has been reproduced almost constantly since the Qianlong period but became especially popular in the early 20th century, however, looking at the rest of the decoration, I would say yours is 1960s - 1970s (Cultural Revolution era).

Despite all this artistry, prices for this pattern are still way too modest in my opinion.

This one dates to about the same period as the first two.

It looks like it's all hand painted except for the large peony blossom which is most likely stamped. It's done in a fluid, decorative Chinese export porcelain style that is enduringly popular. Again, not especially expensive, auction/eBay $12 - $20. Retail/replacement value: $40.

Great! Look forward to it!