Answered in 8 hours by:
Appraiser: Josie-ESA,  replied 8 years ago

At my service huh? What do I get for that? Does that come with like baked goods?


81. candy dish without lid? (my question marks usually means that I want you to know that I think {in this case} it is a candy dish) 5.5"h - I think it's a Jelly compote. The pattern looks an awful lot like a Flint's pattern. It's a diamond point pattern from the mid 1900s. It should be worth about $30.

82. two vases without marks hand painted 6" tall - Those are a bit of Satsuma style vases. They are most likely Japanese modern (circa 1960 or so) reproductions. They feature geishas in a sort of courtyard scene. Very pretty. The colors are a bit darker than what you usually see in traditional Satsuma but they make for a nice set. They'll be worth about $40 a piece.

83. 2 plates 6.75" and 2 saucers 5.75" Brexton, England 8088 Ironstone ..Barker Bros Stone on Trent England...quite pretty - Barker Bros. started in the late 1800s. One of their trade names was Royal Tudur or Tudor Ware. Over the years, they've been owned by about 3 different companies. Clough was one of the last controlling companies. E Brexton looks to be the retailer, though I've seen some sites misidentify Brexton as the maker. 8088 is usually the pattern reference. The mark should plate it round the 40s to 60s.

84. four 4" child's tea set plates only Ikea of Sweden made in China - Ikea has been around since the 40s. 16597 is your shape. Almhult should be your pattern. They're worth about $5 each.

86. two white shades clear 6" across - Those are neat. They're a sort of frosted/marbleized look. They're very much an art deco style. Most were used on walls--- like the kind of lights that are attached to a wall plate (sort of like a sconce). 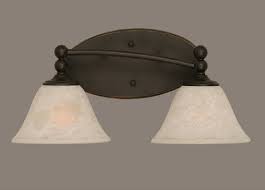 Very pretty. They should date to about the 30s and worth about $15 each.

87. lamp shade clear 6" across - That's a molded satin glass lamp ceiling fixture. It has a crystal topper. I've seen modern reproductions, but for an original it should date to about the 30s. It should be worth about $30 to $40.

92. 10.25" bowl Japanese see marks in photos - I'm not sure of the mark. It's not registered under Chinese or Japanese marks. It looks like an artist's seal, which for the design is a bit odd. It has the signature on the back. Based on the markings, I would say it's an artist's design pottery set. It may have been produced at lot, but it's not mass produced like say a Noritake set. It should be worth about $50 to $75.

93. aboy and girl figurines 7"h with no marks - They are colonial type of figures. They are most likely Japanese knock-offs of old German bisque figurines. Most of these came out of Japan and were sold through places like military exchanges, like BX's and PX's. They should date to about the 60s/70s and worth about $5 for each. You might get $15 out of the set.

94. 2 cornucopia shaped vases with cupids all white from Kelvin's Japan 4"h - Kelvin was a midcentury Japanese importer sort of like Lefton or Arnart. They weren't as big, but their collector base has grown a bit. They produced some neat greek/roman throwbacks that many of the other companies didn't. Yours has a neat little cherub and swag design. They should be worth about $15 to $20 each.

96. Service Liqueur Luminarc made by J.G. Durand and Cie Arques France - Luminarc was a trade launched in 1948 under the larger company umbrella. Arcoroc, Durand, Pyrex, etc. are all under than umbrella these days. That's a circa 1960s decanter set. I've seen quite a few in red. They came in a box. 4 is a full set. With no box...it's worth about $30.


I hope this has been helpful to you. I do my best to offer you the most current values and information using the latest guides and recorded sales.

Have a great day.

did you just get one of these replies from me or did it get lost? I need to know whether to resend. I was going to send you a pic...did you get the note if so I will just send the pic

I'll just start over. The liqueur set was in a box but it was nasty and you said only save if in good cond, so I tossed it. Now, please refrain from discussing 'baked goods and cool stuff like that' I am on a diet and have lost 11 pounds in two 1/2 weeks. !!!! Yeah....Here is a pic of me and my 18 yo baby Joseph. He is in college and a love. He surprised me on Mother''s Day and then took this pic...Just wanted to share...

Helen..I will send this first and then attempt the pic separately bye

I just got this reply. I didn't get one before that.


Wow. That's a lot. Doing anything special or just laying off the goodies?


I didn't get the picture though. Did you try to send it here or upload it to flickr?
Customer reply replied 8 years ago

That was sweet of him to come up. I bet it made your day.

ty (: and to ans your other ques...very little carbs and small portions

Diana F.
Antiques Expert
Bachelor's Degree
14,388 satisfied customers
Show more
Disclaimer: Information in questions answers, and Show Less
Disclaimer: Information in questions, answers, and other posts on this site ("Posts") comes from individual users, not JustAnswer; JustAnswer is not responsible for Posts. Posts are for general information, are not intended to substitute for informed professional advice (medical, legal, veterinary, financial, etc.), or to establish a professional-client relationship. The site and services are provided "as is" with no warranty or representations by JustAnswer regarding the qualifications of Experts. To see what credentials have been verified by a third-party service, please click on the "Verified" symbol in some Experts' profiles. JustAnswer is not intended or designed for EMERGENCY questions which should be directed immediately by telephone or in-person to qualified professionals.