I have two belleek cornucopia, one has the shamrocks on them…

Hi! My name is XXXXX XXXXX I would be happy to help with your Belleek.

Can you very kindly let me know which marks (backstamps) they have.

Also, can you confirm these are the pieces you have: 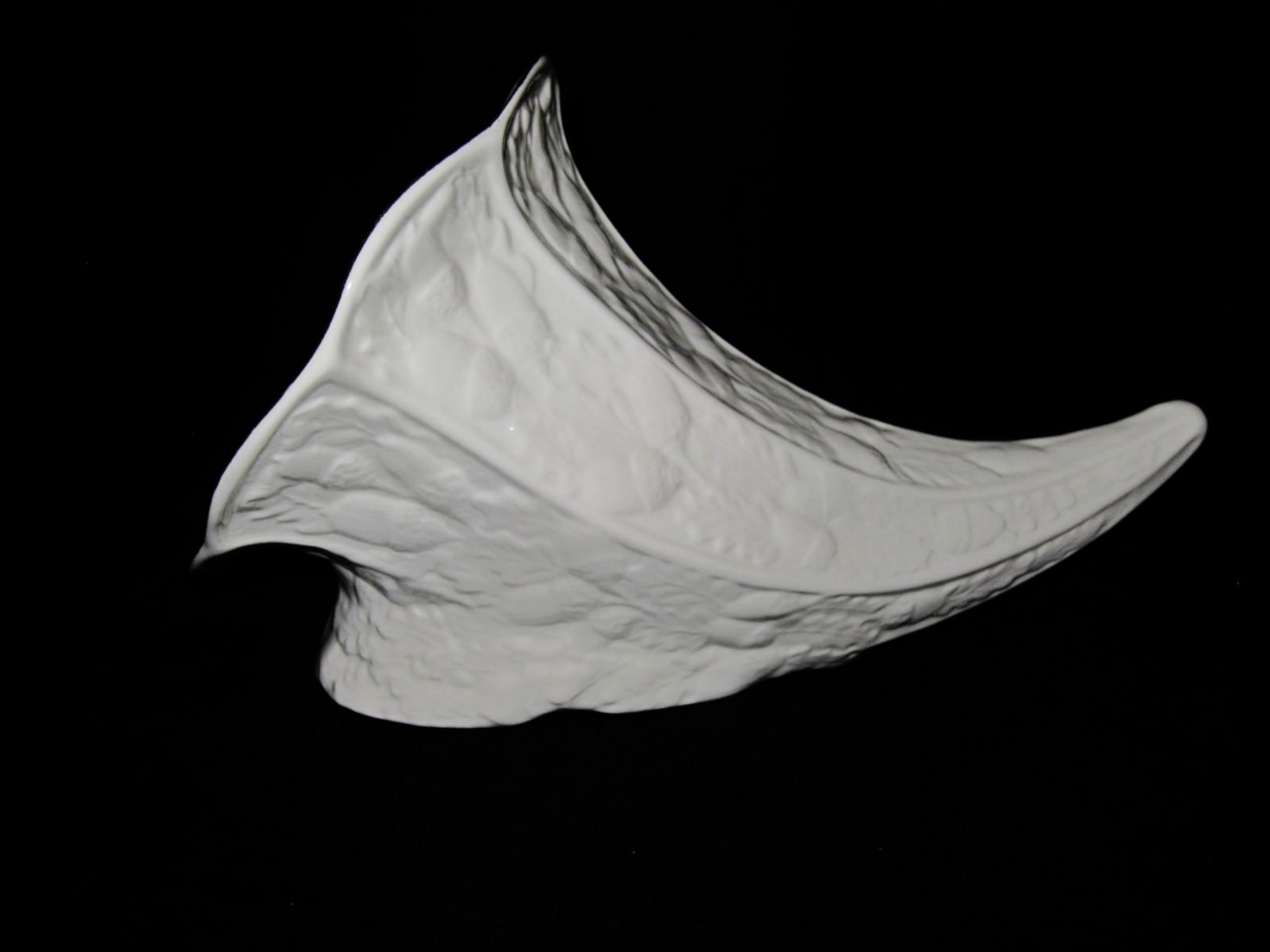 with acorns and oak leaves.

Can you give me the dimensions of each.

PS If these are not like yours I can give you an easy way to get pictures to me. R

Thanks for the extra information, that helps a lot.

These are all newer examples of Belleek, so prices are not going to be as high as for antique Belleek. However, it is all made to the same extremely high standard and your pieces will surely increase in value in years to come.

This one has a pleasing pattern of acorns and oak leaves.

If you saw it for sale in an antique store it would have a full retail or replacement value of $120. This is also the value for insurance purposes.

If you have the boxes for any of them you can add 10% to these values.

If you were to sell your Belleek at auction or on line, expect to get about 40% of the replacement/insurance values.

not what i feel it is worth

I really expected more information.....like how many years have they made these?/, how many each year?/, why they are so hard to find?/,what was your resource for your pricing?....Just expected lots of information that you did not give. I am really disapointed in the response.

I am sorry you were disappointed in my response but I am glad to hear it's not because of the values I gave, although I see you were initially upset to hear that they were not worth more, which I can quite understand is always hard to hear. However you would have been much more upset if I had given you false hope that they were worth more than they are.

As regards XXXXX XXXXX have access to the current sales data in the auction salesrooms, on line auction results and other secondary markets for Belleek, as well as brick & mortar store recommended retail prices, so as to give you current 2013 values rather than 'book values' that one often reads about in publications such as Richard K. Degenhardt's Belleek: The Complete Collector's Guide which can be misleading. Having said that, Degenhardt is an excellent reference for antique Belleek and is a fascinating resource for that fabled factory in Fermanagh that has been producing completely pleasing porcelain for one and a half centuries. The first parian porcelain was made there as far back as 1863.

Another great source of information are back issues of The Belleek Collector club magazines which give useful and often unique information on dates of issues and of auction prices that year.

I would be happy to provide more information since you asked for it. It is quite hard sometimes to judge whether a customer wishes to have lots of extra detail. If it is not specifically requested in the "Optional Information" under the heading "Detail" when you initiate a question, one has to assume that only the salient details of date, form and price are required.

The three pieces you have are newer shapes in what used to be called Belleek 'series ware', that is, a collection issued over a number of years in the same pattern, for example the shamrock pattern, in different shapes and forms. It's now simply referred to as Belleek giftware.

The shamrock pattern in its modern form has been in existence since 1946, however this version on the centerpiece cornucopia vase, which is shamrocks plus acorns and oak leaves, 11-5/8 inches in length, was introduced in 1999 and created by the small team of in-house artist designers at Belleek. In the modern era, accreditation for each design is a joint affair and only rarely is an individual artist singled out as the designer unless it's a one-of-a kind signature piece or one produced in very low limited editions. Typical production runs for each of your pieces would be in excess of ten thousand per year.

The oakleaf pattern cornucopia was first produced in 2000 as part of the Millennium Collection. Here's the rest of this group:

The sleigh centerpiece in the shamrock pattern was also first issued in the year 2000. It is design #2376 and currently available from Replacements.com on special offer for $84.95 http://tinyurl.com/lj2ueth though this is below the recommended retail and the replacement value I gave above, but it does indicate the somewhat soft market for Belleek at the moment.

I know this will change, as values for Belleek have ebbed and flowed in the past, but over the long term have generally kept pace with or done better than inflation.

I do hope this helps.

As always, I am happy to expand or explain any of the above.

Apologies for the initial misunderstanding. Please let me know if you now feel you've received a satisfactory answer or if there is anything else I can do.

Since I have not heard from you, I assume you are now happy with my response, in which case thank you!

If so, would you kindly rate my answer again with something other than 'Bad Service' as I don't get paid by JustAnswer (at no extra cost to you) for my time and expertise until you do.