DianaF: Hello there.... Its the w/e again how time does…

I hit a snag. I was working from the bottom of the list up and I ran into no photos for number 3---the champagne glasses. I went through the whole album and couldn't find them.


Do you have that one handy?

DianaF: oooops sorry . there are a few diff sizes but I assumed that the price would be similar
~Helen I'll send the pics over immed.

Let's see if I can get it to take my answer. I've tried 3 different times.


1) Those from 1960s. My grandmother had a set. They're sort of decoupaged with glitter and crystals. It's crystallized pictures. They sold through home interiors and home show/catalog sales. It was very odd trend. Today....they're odd, but don't have a huge value. They're worth about $20 to $30 each.

2) That looks like a cup for a punch bowl set. It's Mckee and the pattern is concord. They date from about the 1920s/1930s. Its too bad you don't have the punch bowl. The sets as a whole are pretty collectible. For just the cups...the worth about $5 to $8 each

3) Those are short glasses. They look like standard glasses. They're called a coupe style. The bad thing is everyone made the style, so finding the exact maker is a needle in a haystack.

4) The Giovanni Collection was made by Turtle King, which was a wholesale company. Most of their stuff comes out of China and they're still in business. The figure should date to about the 90s or more recent. They made fairies, little girls, country scenes, etc. She's cut as can be. She should value around $10 to $15.

5) That's a little resin décor piece. The flowers look like roses, but the trunk looks a bit like a tree trunk. It looks like the kind of décor stuff you would find a gift shops or flowers shops. The kind of figure you would include with basket arrangements and set ups. It's a miniature topiary. 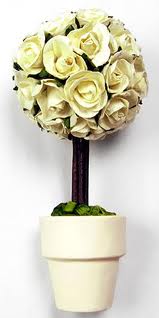 6) It's an Asian urn vase. It has no marks, which mean it had a label of some kind. It's not an antique. It's more than like mid to late 20th century. It's has gold outlines and a bird design. It looks like an enamel vase. The overall design looks like an old Satsuma style. It would be considered a modern Satsuma reproduction style vase. 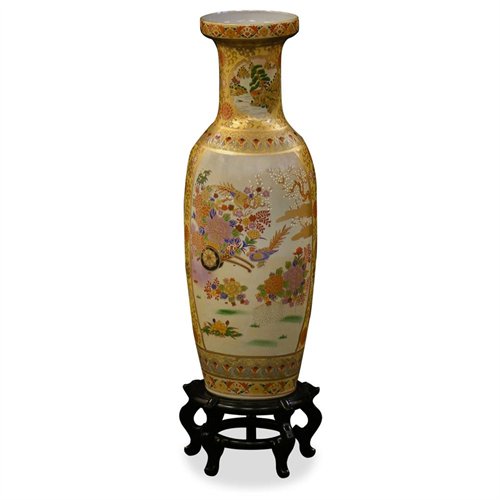 7) That's a leaf plate, but it sure is an odd one. It's an art glass style leaf plate. It looks to mid late century and Italian, sort of like what came out of the Murano region. Those made by American companies, like Indiana Glass were usually more straight forward realistic leaves. Yours is more organic and abstract. 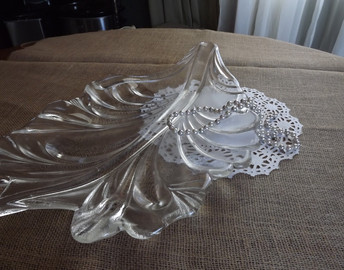 8) That looks like a serving tray or platter. I'm not sure which import co made them, but there have been similar versions: 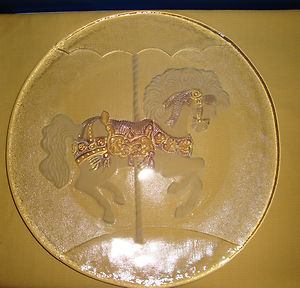 They seem to date to the late 20th century. It should be smooth on one side and cut on the other. They're worth about $15 to $20.

9) That's neat. Someone framed an old photograph. It's not signed. It looks like it has a purple tint. That actually can be done in processing ---either processing the film or when the print is made. It's a perspective shot of a railroad line. Looks like the southwest. It's probably the California desert...probably from the line outside of Modesto. =)

It's a nice shot. It's vintage. Definitely old film. It should value around $25 to $50 for the photograph.'

10) That is too cute. It's a print based on work by artist Edythe Marie Klapka. She was a child artist. It actually was part of a line... Precious Awake, Precious Sleep, etc. They were popular for nurseries. It's actually about a 1930s/1940s print. It's worth about $45 to $65.

11 and 12 are the same print...two different sizes. They were done by Bessie Peace Gutmann. She was an American artist/illustrator in the early 1900s. She designed for magazine covers. Little Bit of Heaven was one of her most famous works. It had a partner called Awakening. By World War II her popularity had declined. Due to her eyesight, she retired from drawing in 1947.

The large (12) is more interesting. It has the markings of the original prints. I can't see in the photo but it might even be marked Gutmann and Gutmann NY. It has the title and everything. The size matches too. The originals are worth $100 to $150.

13) I'm not sure who did this print. I tried and tried to find it. The imagery reminds you of Mary/Joseph even if the depictions do not. It's newer than the others. The texture is interesting. It looks like a late 20th century print of an original midcentury piece. It should value around $30 to $50.

16) That looks like a wrought iron towel rack. New or old, wrought iron is pretty collectible. It's always been a pretty good thing to collect and sell. For a rack that size...it should value around $100 to $125.

That should do it, but let me know if you see anything.

Have a great day
Diana

Glenda B.
Antique Appraiser
College
70 satisfied customers
Show more
Disclaimer: Information in questions answers, and Show More
Disclaimer: Information in questions, answers, and other posts on this site ("Posts") comes from individual users, not JustAnswer; JustAnswer is not responsible for Posts. Posts are for general information, are not intended to substitute for informed professional advice (medical, legal, veterinary, financial, etc.), or to establish a professional-client relationship. The site and services are provided "as is" with no warranty or representations by JustAnswer regarding the qualifications of Experts. To see what credentials have been verified by a third-party service, please click on the "Verified" symbol in some Experts' profiles. JustAnswer is not intended or designed for EMERGENCY questions which should be directed immediately by telephone or in-person to qualified professionals.