I have a very old...
I have a very old framed painting of a boy playing a flute by a stream with sheep, trees, & farm in back ground. Artist is S Gliickich. Can I get any info you have. I can't locate this artist. Painting appears to be German? European? thanks, Bill.
Show More
Show Less
Ask Your Own Appraisals Question
Share this conversation

My name is XXXXX XXXXX I would be happy to help with your picture.

Could you very kindly confirm whether this is the painting? 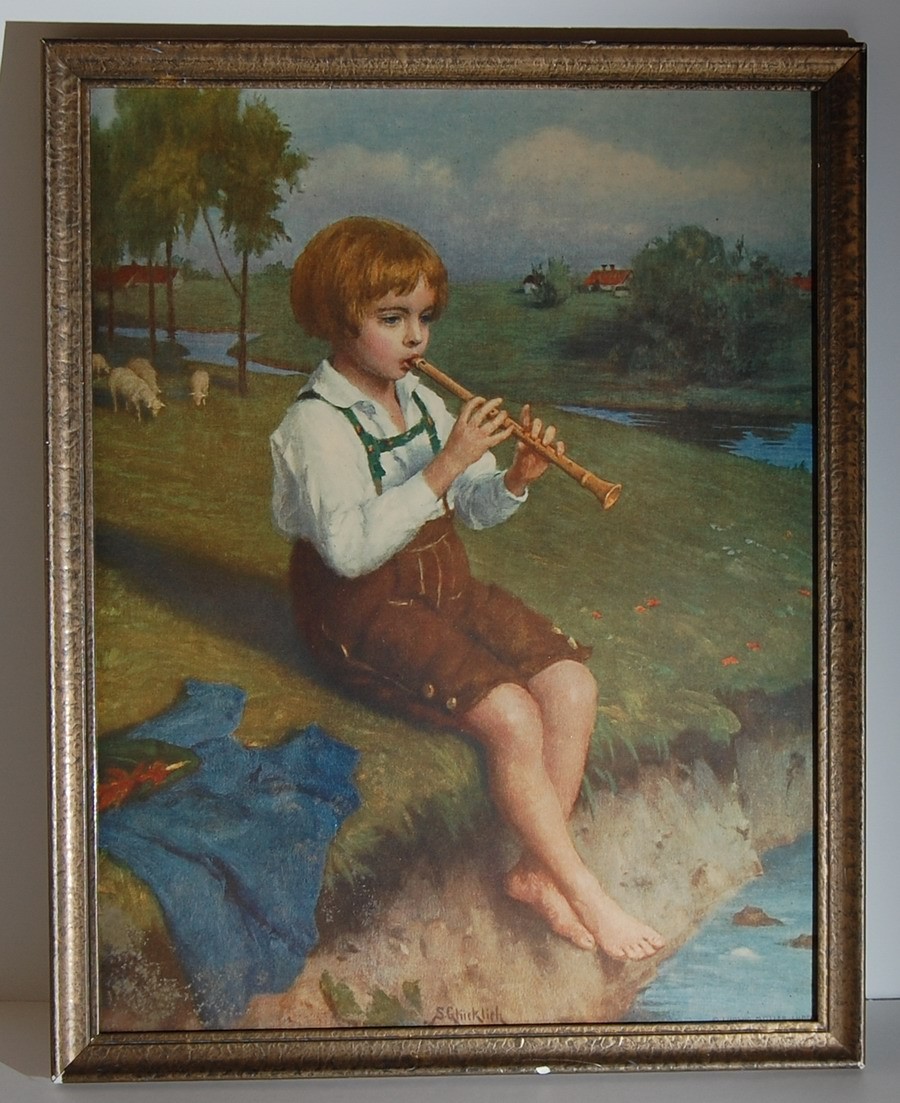 Let me hear back and we'll go from there.

This is exactly the picture and frame. I am very interested in any information, this came down through my family which were 3rd generation German immigrants and I know nothing about it, thanks, XXXXX XXXXX have been looking at it for 60 years.

Great! Glad we nailed it in one! This is a wonderful picture, one of my favorites and I trust still one of yours too after all that time.

I can indeed tell you all about it, but first, I do want you to know that yours is a print, albeit an eighty year old one, rather than an original painting. If you'd like me to explain how one can tell, I am happy to do so.

This is so interesting after all these years. How can you/I tell. Wild guess what print is worth although no intent on selling. The more info you can give me the better. Is it a German artist and why can't I find history? Thanks, Bill

This print is now so old it is starting to have a value, though nothing approaching what it means to you sentimentally I know. It was produced by the art publisher Ludwig Moller, in Lubeck, Germany, during the 1920s. In this original Art Deco era frame, and given that the colors are not too faded, it would sell in an antique store or gallery for about $350.

The artist's name is Simon Glücklich. Those two ii's are U with an umlaut, very confusing. The painting is called "Evening Song" and it is often partnered with his other famous one called "Spring song", a young blind girl listening to a robin singing. 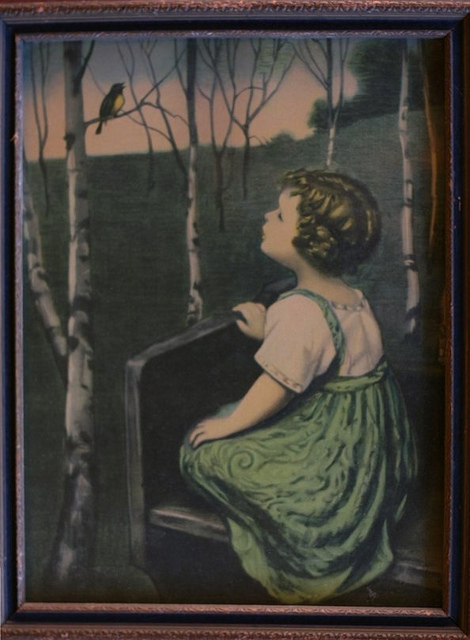 Simon Glücklich was German. He was born in Bielsko-Biala, Silesia in 1863.

He studied at the Vienna Academy of Fine Arts from 1880-1890 and spent the rest of his life in Munich. His paintings are all figural, many portraits, particularly children which are very sensitively done. He died in 1943.

These old prints are very hard to tell sometimes from original paintings. The earliest technique was to varnish a color lithograph (printed on a very thin paper) to a sheet of canvas so that the texture of the canvas showed through. Early 20th century versions, and yours is one of these, were offset printed onto specially created hardboard that already had a molded texture of brushstrokes like this seascape print: 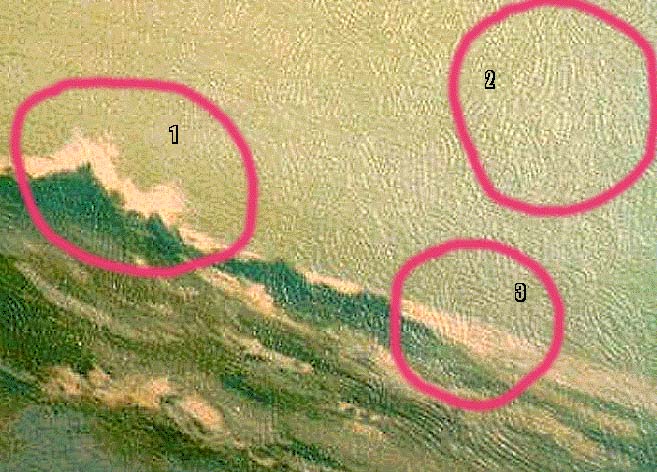 and if you look closely you'll see:

1. The paint should be thick here in the white of the cresting wave, but is not. An original oil painting will have paint of varying thickness.
2. The paint 'strokes' are in too regular a pattern indicating they are mechanically created.

3. The paint 'strokes' don't follow the changes in color and line of the composition. This is the most telling indication of a print.

With time, too, the whole picture ages and yellows making it even more like an old oil painting.

Whatever it's origins, it's a lovely image to have on the wall and I hope it continues to give you pleasure for many years to come.

Thanks so much for asking me about it.

Please let me know if I can be of further assistance with this, I would be glad to.
Best wishes,
Robert

LanceH312
Art Appraiser/Sports Coordinator
BA in Art and Certificate
634 satisfied customers
I have more items. My item is a reverse painting on glass
JA: I'm so happy you had a good experience with GregoryD1222! Do you need any more appraisals or suggestions on how to sell pieces? It's included! Customer: Yes, I have more items. JA: Let me get you … read more

JeremiahS226
Art Gallery Buyer/Sales
Bachelor's Degree
2,624 satisfied customers
How can I send you a picture? I have A Picture, oval
I have A Picture, oval intricate frame. Picture 11 1/2 " tall .frame is 17" tall. The picture appears to be painted on the back of the glass. The back is red felt and there is a sticker on it that says Made in Italy. The picture is mostly gray sky and big trees. Foreground is a couple of little people, a couple of cows, some sheep in some grass beside a stream. In the distance is an old looking city. Just wondering if it is worth anything. … read more

Diana F.
Appraiser
Bachelor's Degree
10,258 satisfied customers
Show more
Disclaimer: Information in questions answers, and Show More
Disclaimer: Information in questions, answers, and other posts on this site ("Posts") comes from individual users, not JustAnswer; JustAnswer is not responsible for Posts. Posts are for general information, are not intended to substitute for informed professional advice (medical, legal, veterinary, financial, etc.), or to establish a professional-client relationship. The site and services are provided "as is" with no warranty or representations by JustAnswer regarding the qualifications of Experts. To see what credentials have been verified by a third-party service, please click on the "Verified" symbol in some Experts' profiles. JustAnswer is not intended or designed for EMERGENCY questions which should be directed immediately by telephone or in-person to qualified professionals.