DIANAF ONLY PLEASE MISC 44a…hobnail...
DIANAF ONLY PLEASE MISC 44a…hobnail vase 3.5”h white Fentonb…4.254”h raspberry Fenton boot buttons and bowsc…5.25 hi white Fenton hobnail compotef…Jim Shore Heartwood Creekwood’ 2007 #4008180 “This Little Piggy Went to Market”g…Steeple clock 13”h x 8.75” info on back on hand written note, works has key, Eiler Mantle clock Engiraham co. Bristol, CT 1 USA 13, case dated 1-2-1887 has no convex glass. I took it to my clock lady and she is replacing the glass and servicing it for me. So, I need the value after it has been serviced and cleaned and glass replaced, please.A…Picture in frame by circa 1908 Hamilton King. This piece of paper was attached (at one time) to the back. 16x12 there is water damage to lower right corner of picture> I read up on the King girls he painted for cig. Cards etc. very interesting. This is hand signed.B…Godinger Silver Art Co., LTD made in China 10” green bowl w/gold top edge in gold w/ carrier that has the ‘Godinger’sticker attached. 15” across handles 5.5”h stand and bowl. Stand is heavy.C… heavy, heavy mirror oval 24.25’ long x 14.25” inc all edge design. The clock/picture/bowl/mirror all came from my friend previously mentioned and belonged to either her mother/grandmother or gr. Grandmother and my friend is 57.Sorry about the letter sequence but they should all be tagged correctlyHelen (=
Show More
Show Less
Ask Your Own Antiques Question 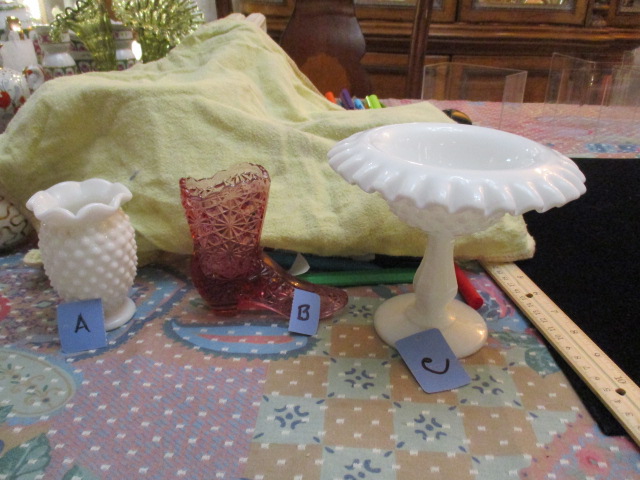 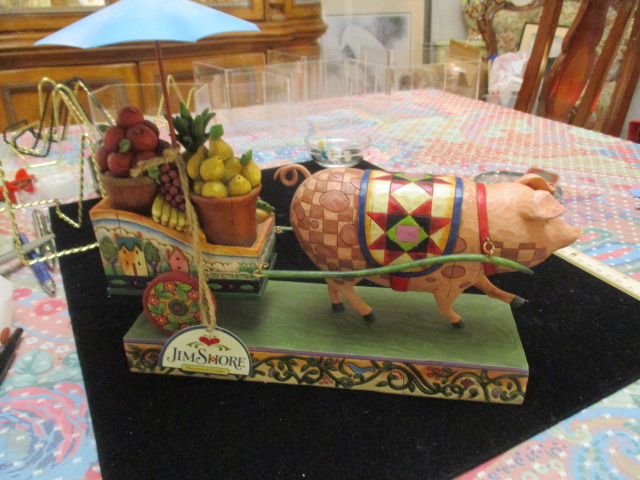 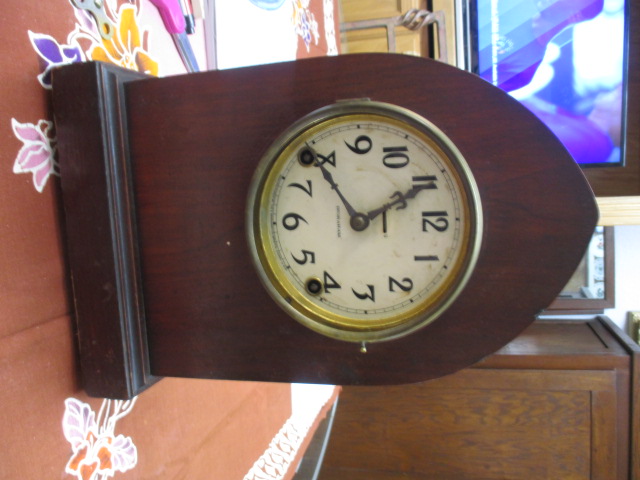 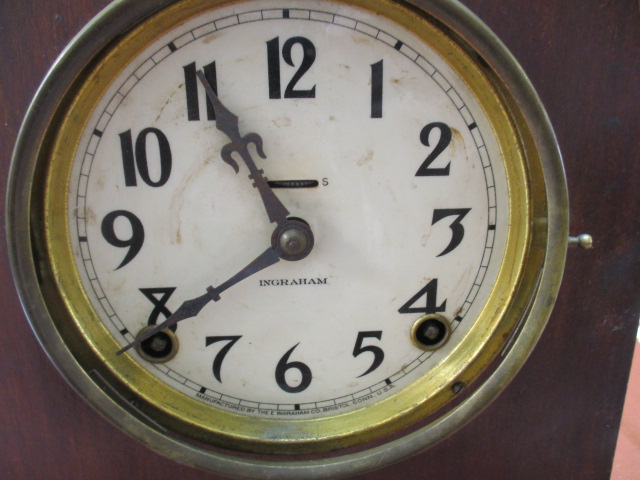 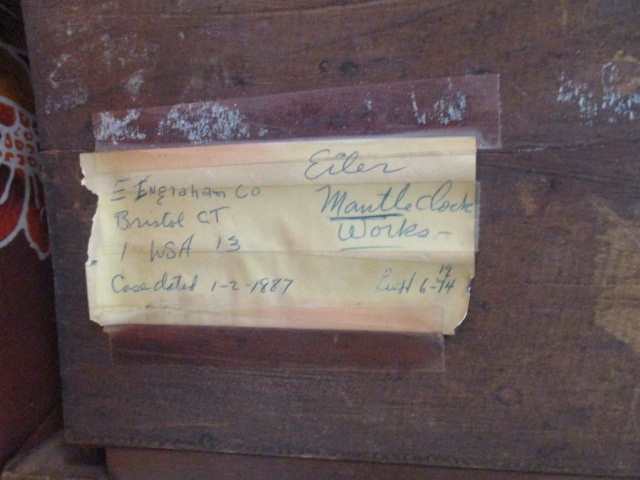 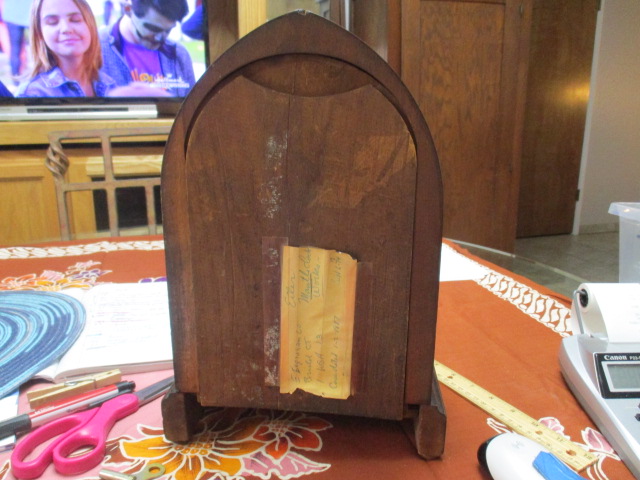 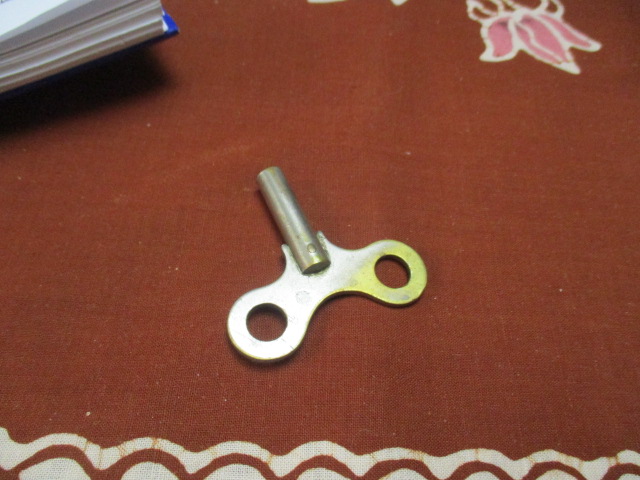 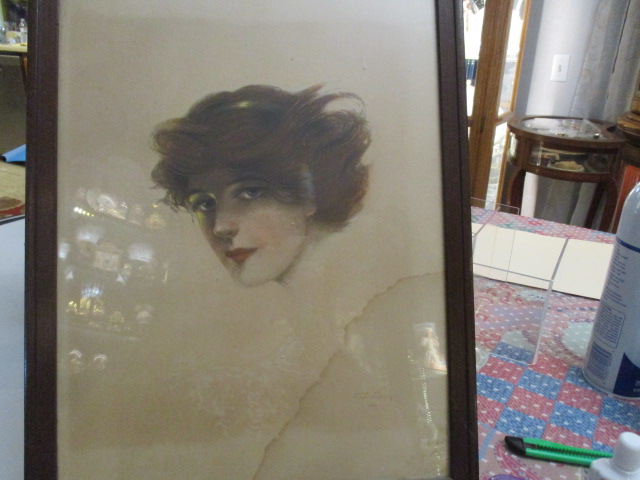 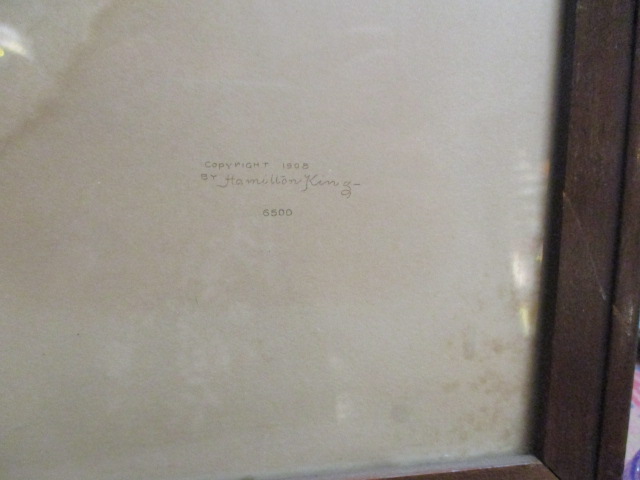 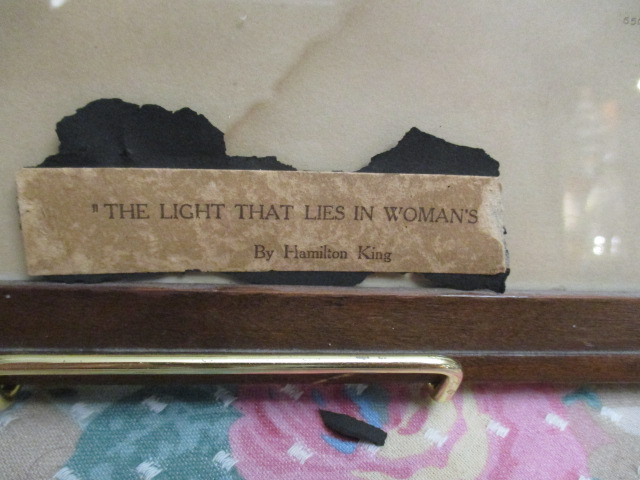 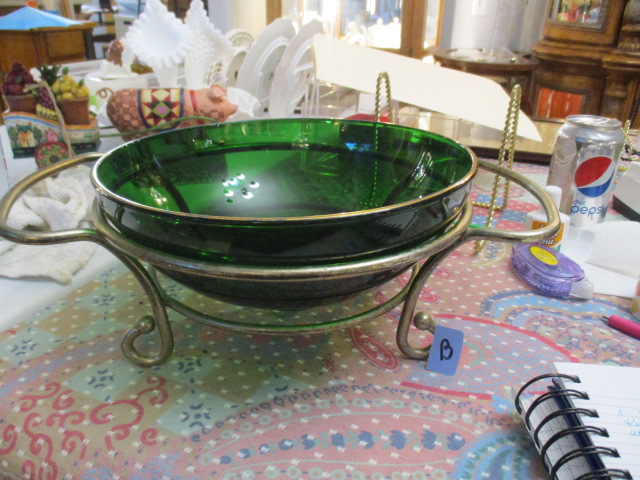 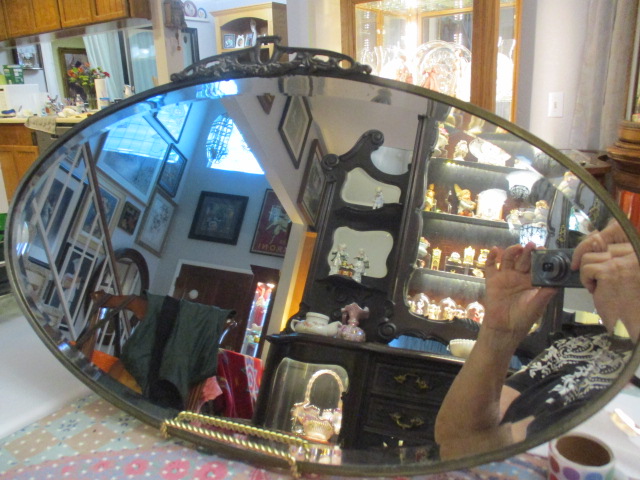 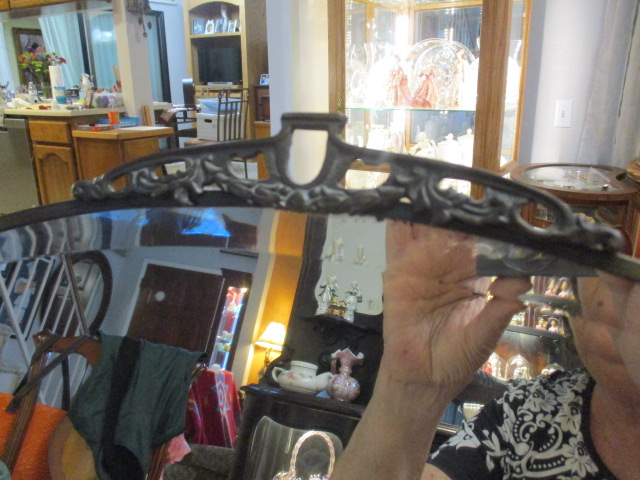 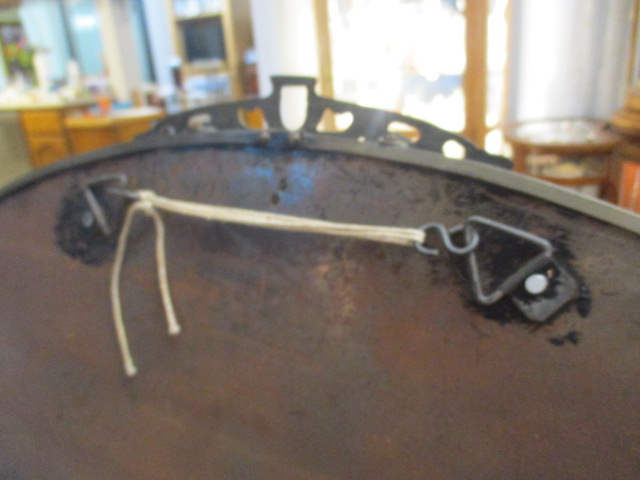 Hi Helen. Thanks for requesting me. I'll be happy to take a look.

Customer reply replied 2 months ago
oops my mistake please remove the mirror and I will put it on next list. It's because I was putting 2 together and that is why the diff letters. No prob. Just delete the m irror

Hi Helen. Thanks for your patience. I really appreciate it!!! Here's #44. I went ahead and did them all.

C is another Fenton piece in their white hobnail. This is the bottom portion of a fairy light. With just the base, it's worth about $10.

F is a piece from noted artist Jim Shore. It's a part of his Heartwood series through a partnership with Enesco. His known for his unique take on folk art themese and styles. “This Little Piggy Went to Market” was introduced in 2007 and is discontinued. It's worth about $45 to $55.

G is an old mantle clock. It was made by Ingraham. It's a Gothic stype steeple shape. It's a wooden case with a footed base. The dial is plain white with arabic numerals. The hands are a little fancy and it has a key wind. I've also seen it called "beehive" shape. Repaired, it would be worth about $100 to $125.

A is a vintage print by Hamilton King. King was an artist and illustrator. He was particular known for his depictions of ladies in the early part of the 20th century. His work was in the same vein of the likes of Harrison Fisher and Charles Gibson. His work was often used in old Coca Cola ads. The title on the back is taken from an old Thomas Moore quote. It does have a bit of water damage, but still should be worth about $40 to $50.

C is an old heavy mirror. It's an old antique oval mirror with beveled glass. It's a simple frame with a neat pierced design along the crest. It should date to roughly about 1900 to 1910. Given the size, it's going to be worth about $350 to $450.

I hope this helps!! If you have any questions, please let me know.

I hope you have a great day. ~Diana

Customer reply replied 1 month ago
well, thanks, didn't expect you to...I would have been more than happy to wait, but thanks for doing that. As usual, your answers were great. One question though, when I took the clock to be fixed she quoted me without me asking, that when it had the glass and was serviced it would be worth about $300, why such a discrepancy from your quote? Just curious, because you are my ONLY, as you know, appraiser. (=

You're welcome. If you have any more questions or need anything else, just let me know.

I will go ahead and mark this one completed so it can be closed.

Verified
Diana F. and 87 other Antiques Specialists are ready to help you
Ask your own question now
Was this answer helpful?
Yes
No

Diana F.
Antiques Appraiser
Bachelor's Degree
13,924 satisfied customers
Show more
Disclaimer: Information in questions answers, and Show Less
Disclaimer: Information in questions, answers, and other posts on this site ("Posts") comes from individual users, not JustAnswer; JustAnswer is not responsible for Posts. Posts are for general information, are not intended to substitute for informed professional advice (medical, legal, veterinary, financial, etc.), or to establish a professional-client relationship. The site and services are provided "as is" with no warranty or representations by JustAnswer regarding the qualifications of Experts. To see what credentials have been verified by a third-party service, please click on the "Verified" symbol in some Experts' profiles. JustAnswer is not intended or designed for EMERGENCY questions which should be directed immediately by telephone or in-person to qualified professionals.