I have a painting that I have come across by William

I have a painting...

I have a painting that I have come across by William Coulter. I know he is an artist from the San Francisco Bay area and painted mainly Maritime scenes. This one however is a view of what I believe is El Capitan. I don't even know where to begin to learn of its history or value.

Expert's Assistant: The Antiques Appraiser can help. You can also send photos once I've connected you. Is there any info on the back of the painting, or a certificate of authenticity?

No just a signature in the corner

Expert's Assistant: Do you know how old the painting is? What condition is it in?

No idea how old it is. There is an area in the lower right corner that needs restoration.

Not that I know of. Thanks 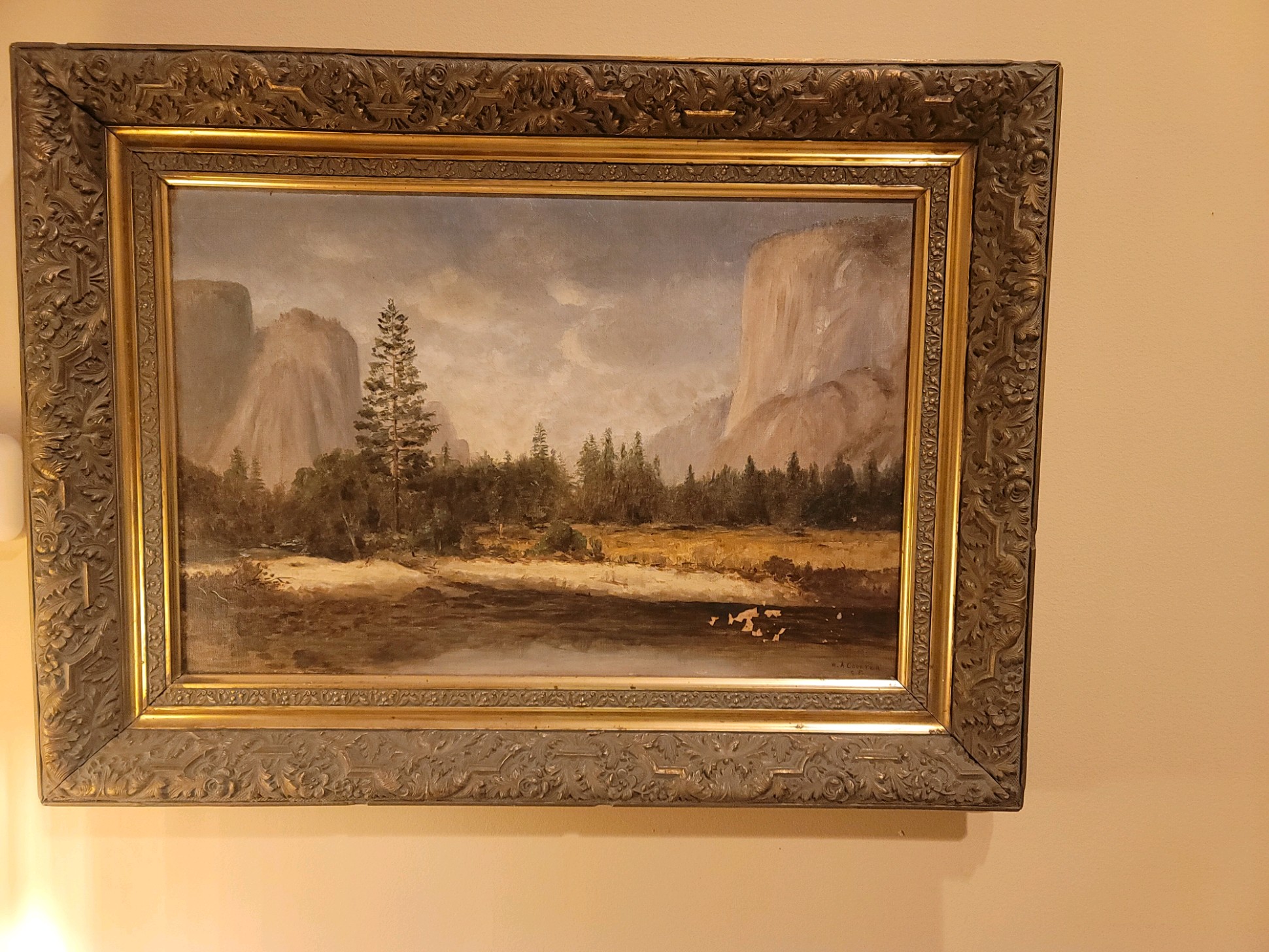 My screen name is*****’s see how I can help resolve your question.

Please tell me , is this painted on canvas or wood?

Also, please give me the size of the painting without frame.

I would also like a photo of the back if possible. 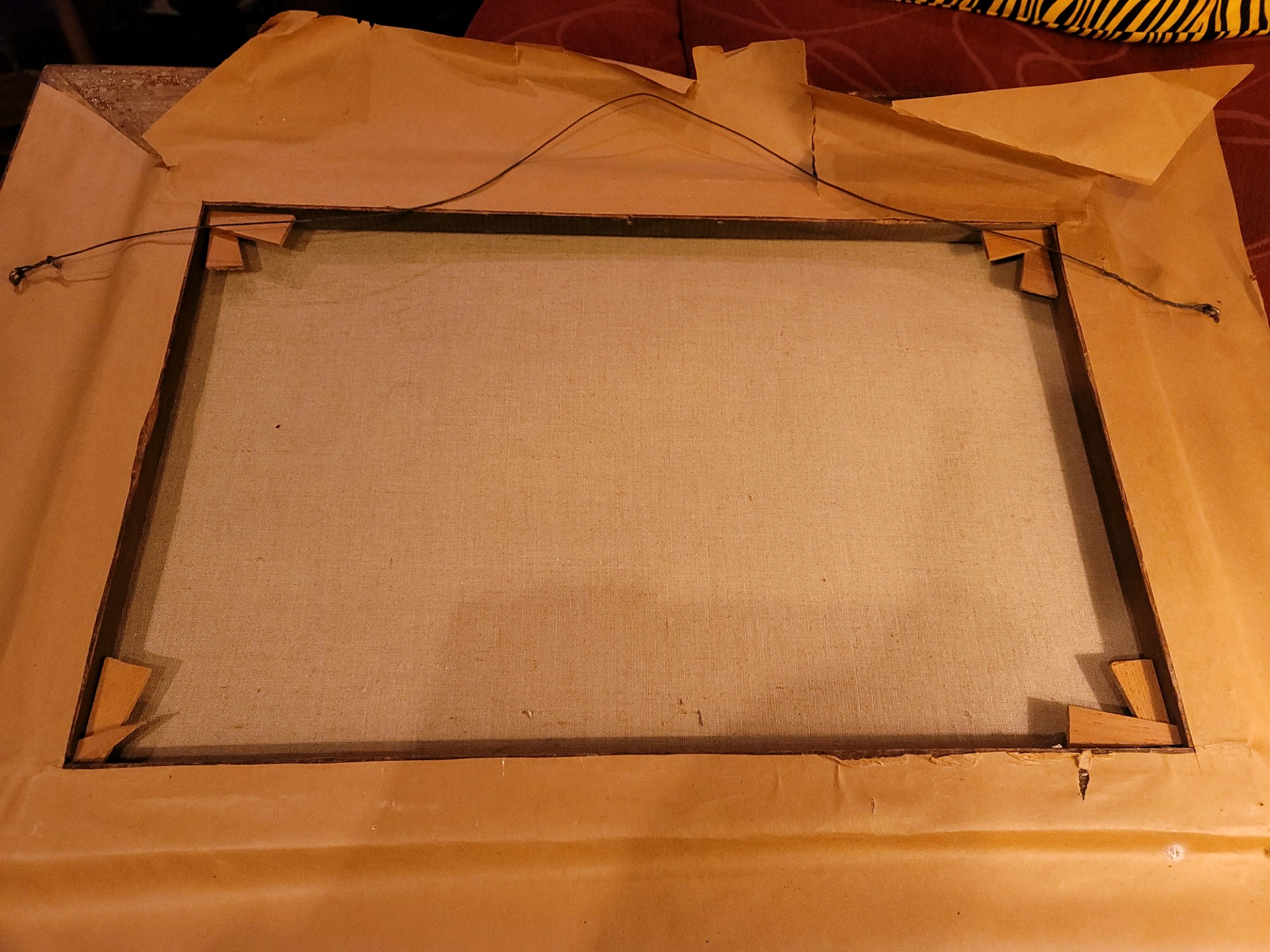 Please tell me where and when you acquired this painting.

*Alexander Coulter, born in 1849 to an Irish captain in the Coast Guard, went to sea at thirteen for seven years as an apprentice. In his off-duty hours he was a self-taught artist who sketched and painted. He moved to San Francisco in 1869 where a serious ankle injury forced him ashore. He began working as a sailmaker while painting and exhibiting with the San Francisco Art Association. In the late 1870s he studied painting in Europe for three years with several well-known marine artists. In 1896 he became the staff waterfront artist for the newspaper “San Francisco Call” where his pen and ink sketches were printed daily until the 1906 earthquake and fire. He shared a studio on Montgomery Street for a short while with landscape painter Hiram Bloomer and was friends with fellow maritime artist Gideon Denny. He lived in Sausalito in a house a few feet from the waterfront and it was there that he died in 1936. He painted and sketched for 67 years, had his final show in 1934 when he was 85, and had a painting on his easel at the time of his death. Coulter’s son James described him as a “gentleman artist,” a small man with a Van Dyke beard, cane, and nautical cap and tie, most often seen with a painting or sketchbook under his arm (Nolte, 2005).

Coulter was a prolific realistic painter of maritime subjects that recorded in fine detail all manner of vessels in the San Francisco Bay. His ship portraits were in demand in the 1880s and 1890s by ship captains and owners. Coulter’s most famous work, San Francisco Fire 1906, depicted the flotilla that rescued over thirty thousand people from the earthquake and fire in the largest maritime rescue effort in U.S. history. As an interesting aside, in this painting he depicted the newspaper office for the Call in flames, perhaps in a pique for having lost his job there after the earthquake. His five panel mural for the Merchants Exchange Building painted in 1909-1920 was his most important commission (Hughes, 2002). His murals can still be seen in the building which now houses a bank.

He was an expert seaman and his intimate knowledge of sea going vessels infused his paintings with realism and minute detail which preserved a visual chronicle of ships and sailing technology that was gradually disappearing. He is known as the American West Coast’s premier maritime artist during the late 19th and early 20th centuries. He produced 1,000 paintings and it’s estimated he made 5,000 drawings for the San Francisco Call. A 1943 Liberty Ship was named the S.S. William A. Coulter was named in his honor at the Kaiser Shipyard in Richmond, California. The Society of California Pioneers has four of Coulter’s ship paintings.

Thank you so very much for trusting Just Answer with your question.

If you have any further questions concerning this item, please feel free to ask.

If you have other items you have a question about, please ask a new question on Just Answer and do not add them here.

Any feed back you can leave for my service would be much appreciated.

Verified
Carol Tollefson and 87 other Antiques Specialists are ready to help you
Ask your own question now
Customer reply replied 3 months ago
It was given to my grandfather as a gift. My mother and step father brought it back with when they moved from California to Missouri 25 years ago. It was put into storage and I came across it about a year and a half ago. Loved it and now it hangs in my living room.I have an old photo dated 1934 of the same view. Signed by R.J. Hassman

This is a very nice California painting and one of the most favored scenes in Yosemite.  I wish it were hanging in my living room!

Will
Executive Director
Bachelor's Degree
13,426 satisfied customers
Show more
Disclaimer: Information in questions answers, and Show Less
Disclaimer: Information in questions, answers, and other posts on this site ("Posts") comes from individual users, not JustAnswer; JustAnswer is not responsible for Posts. Posts are for general information, are not intended to substitute for informed professional advice (medical, legal, veterinary, financial, etc.), or to establish a professional-client relationship. The site and services are provided "as is" with no warranty or representations by JustAnswer regarding the qualifications of Experts. To see what credentials have been verified by a third-party service, please click on the "Verified" symbol in some Experts' profiles. JustAnswer is not intended or designed for EMERGENCY questions which should be directed immediately by telephone or in-person to qualified professionals.