I have a gold Ulysse Nardin wristwatch that stylistically…

Customer Question
I have a gold...

I have a gold Ulysse Nardin wristwatch that stylistically appears to be from the late 1950’s or early 1960’s that has an engraved message on the back that reads:

Expert's Assistant: What would you like to learn about the item?

Sorry, I pressed return to start a new line and it sent in the incomplete message, instead. The engraved message on the back of the watch reads “ Sinatra Sands Hotel Las Vegas 1960.” I bought this watch on eBay at about 2003 and it was described as “watch with Sinatra connection “ but the seller didn’t offer more details and I didn’t inquire, as I assumed the engraving was not genuine, as it seemed almost disrespectful to have him referred to just as “Sinatra” rather than Mr. Sinatra. I inadvertently discovered about four years ago that he was in fact presented with a “beautiful wristwatch” on behalf of the Sands Hotel by Jack Entratter (GM of the Sands and good friend of Sinatra’s) at yhe end of the famous 1960 Ocean’s 11 “Rat Pack” engagement at the Sands. I learned this on YouTube, when curiosity about Joey Bishop prompted me to do a YouTube search to see what he was like as a comedian on his own (I had prior to this gone to Las Vegas for a conference and taken in one of the “Rat Pack” tribute shows and appreciated how funny they were, which made me more interested in Joey Bishop as he was the source for the comedy aspects of their shows). The first video that came up was of an appearance of his on the Dinah Shore show in 1960 and in it he talks of the recent Sands engagement and mentioned that at the end of it Entratter gave each of yhem such nice gifts - Frank a beautiful wristwatch, Sammy a camera, Joey a set of golf clubs, Peter Lawford a sweater, and ***** ***** a lighter. I did contact Ulysse Nardin to see whether they had any info in their archives as to who had bought the watch, but they had none. I showed the watch to a professionally trained engraver who stated that thr kind of engraving machine used on the watch was in common use in 1960, but no longer is, and he also examined the engraving with a loupe and stated that microabrasions along the edges of yhe engraved letters would indicate that the engraving was already present on the watch during its service life, which would be consistent with the engraving not having been done more recently. I did find a picture of a similar looking watch under Sinatra’s cuff on a photo from 1963 Academy Awards ceremony, but the dial is not visible. Anyway, the existence of such a watch is not anywhere on the internet that I have found, apart from the Joey Bishop video, so I am interested in any advice you might have for establishing provenance. (I did write to Nancy Sinatra about it and received a reply from a staffer who offered the opinion that it may have been a concert souvenir, bit I have never heard of solid gold watches being given out as concert souvenirs!

Expert's Assistant: The Antiques Appraiser can help. You can also send photos once I've connected you. What condition is the letter in?

You mean the watch? It is in unusually good condition for its age, looks like it was probably used for a couple of years or so.

After I saw the Joey Bishop video I took the watch to a watch repair shop to have the caseback removed so I could get the serial number from the movement and yhey told me they found the date “4/61” scratched into the inside of the caseback, which would have indicated a date of servicing. Watches back then required annual servicing and the “Rat Pack” engagement at the Sands was in 2/60, so 4/61 would have been a fairly appropriate date for first servicing. 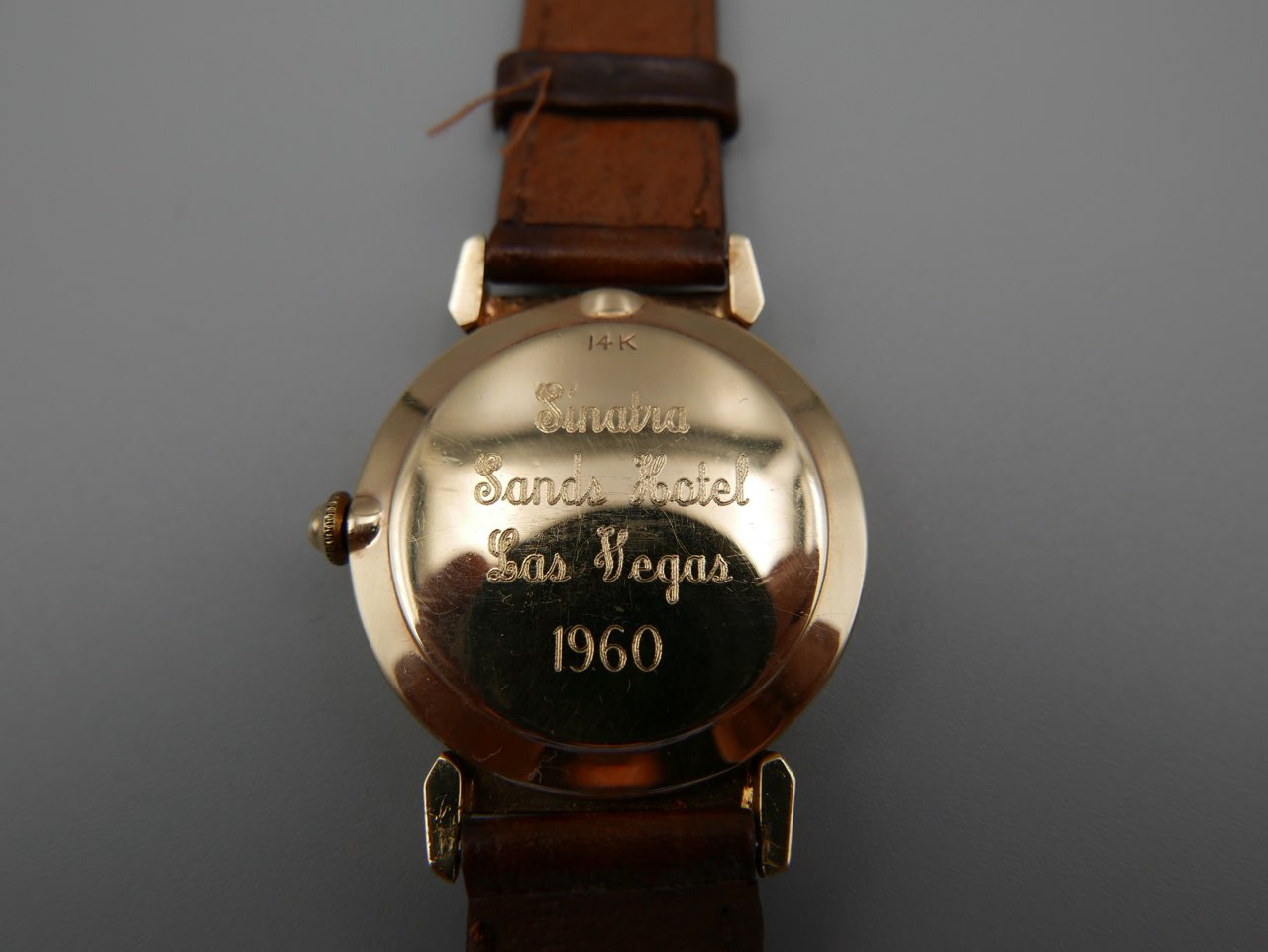 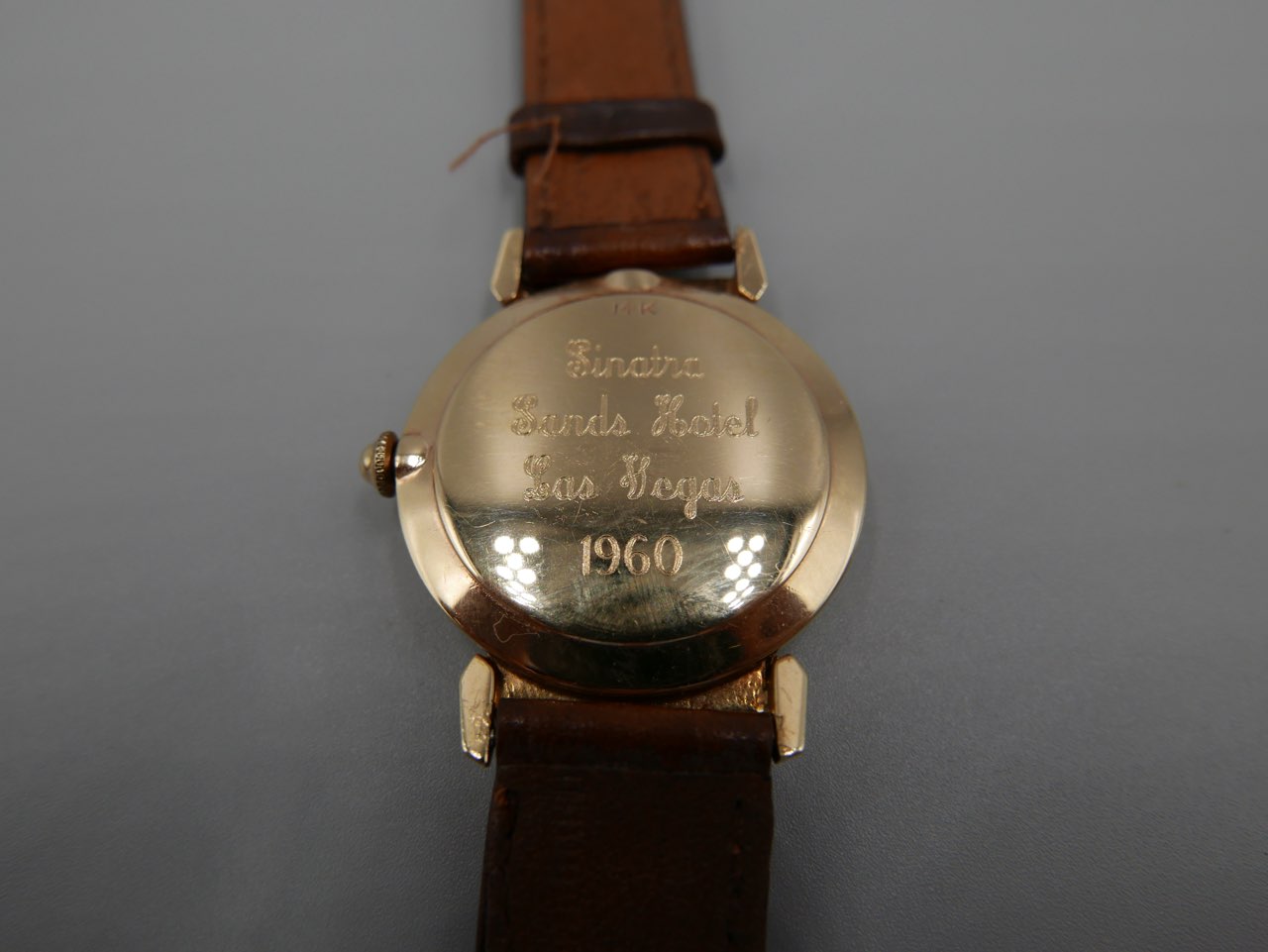 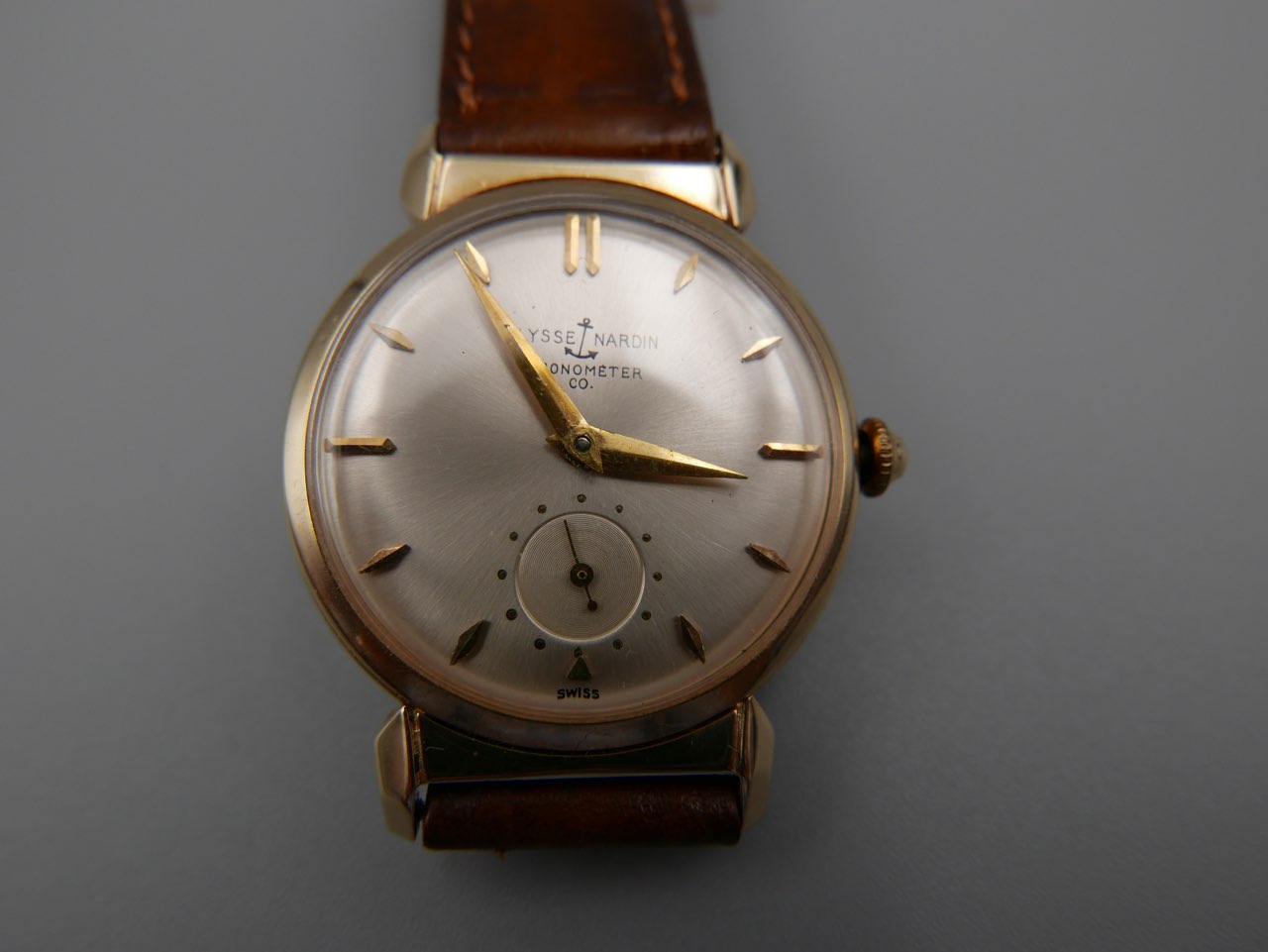 Verified
Apologies for the wait. I am moving your question back to the top of the queue. You should receive an answer soon.

Hi, ImCustomera watch expert here on JA, I can help with your watch.

With its provenance it appears a little daunting, what an amazing journey this watch has had!

I must give the general watch value/sales as I cannot prove the provenance with documents or signatures of sale etc.

This beautiful c1960 vintage watch Ulysee Nardin chronometer, in 14-18kt. gold is selling in the current retail market for approximately $3,000.-$4,900. On collectors and sales sites. One has sold at auction for $700.00.Auctions are sometimes forced sales so I normally do not use those sales in my calculations.

I hope this is helpful. An item with provenance may sell for more with the proper documentation needed to re-sell. I appreciate your sharing this!

Sotheby's, Christies, Auctions may have historians who can research the watch if you choose to sell with them, I will post the links here for you.

Thank you again for choosing JA.

I will mark this valuation as complete.

If you have any more questions about your items, or if I need to clarify something, just  let me

know and I will see your message here.

If I need to evaluate more items you can request me by name by typing "ForCustomeronly" at the beginning of a new question at the JA website, and/or using my personal link: link:https://www.justanswer.com/antiques/expert-gini-gemologist/?rpt=3800

You are so welcome, I apologize for your wait time.

Glenda B.
Antique Appraiser
College
37,154 satisfied customers
Show more
Disclaimer: Information in questions answers, and Show More
Disclaimer: Information in questions, answers, and other posts on this site ("Posts") comes from individual users, not JustAnswer; JustAnswer is not responsible for Posts. Posts are for general information, are not intended to substitute for informed professional advice (medical, legal, veterinary, financial, etc.), or to establish a professional-client relationship. The site and services are provided "as is" with no warranty or representations by JustAnswer regarding the qualifications of Experts. To see what credentials have been verified by a third-party service, please click on the "Verified" symbol in some Experts' profiles. JustAnswer is not intended or designed for EMERGENCY questions which should be directed immediately by telephone or in-person to qualified professionals.