Customer Question
Ok I have came...

Ok I have came into position of five prints the names on four are berthault feulp and prieur inv & del battle of Bastille and a black and white prise de la Bastille Le 14 jullet 1789 no 3 has signature I can't. Make it out they look old and the paper is more of canvas then paper

Expert's Assistant: What would you like to learn about the piece?

Expert's Assistant: The Antiques Appraiser can help. You can also send photos once I've connected you. What condition is the piece in?

Hello and welcome to JustAnswer! My name is ***** ***** I’m happy to help with your question, but I’ll need to see photos in order to assess your prints. Please UPLOAD pictures of them and include a photo of any signatures, markings or writing you may find. I also need to know the image dimensions for each please.

Use the camera icon or paper clip symbol to browse your device for a photo. Add one at a time. It is my goal to give real time responses, but there are occasions where I may take a bit longer. I will always respond to you as quickly as possible, but there may be times that it may take hours depending on how long the research takes. Thank you for your patience. 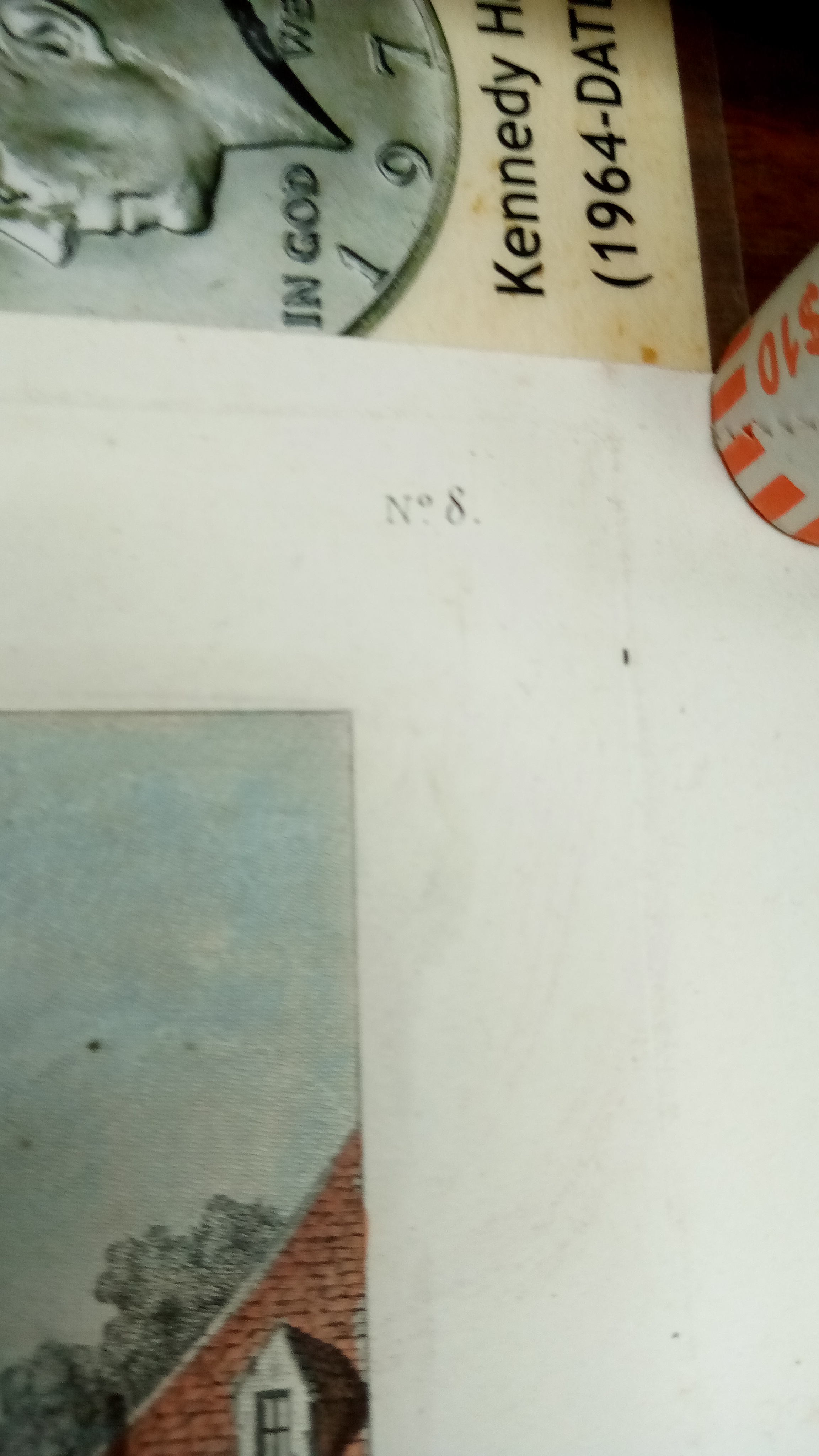 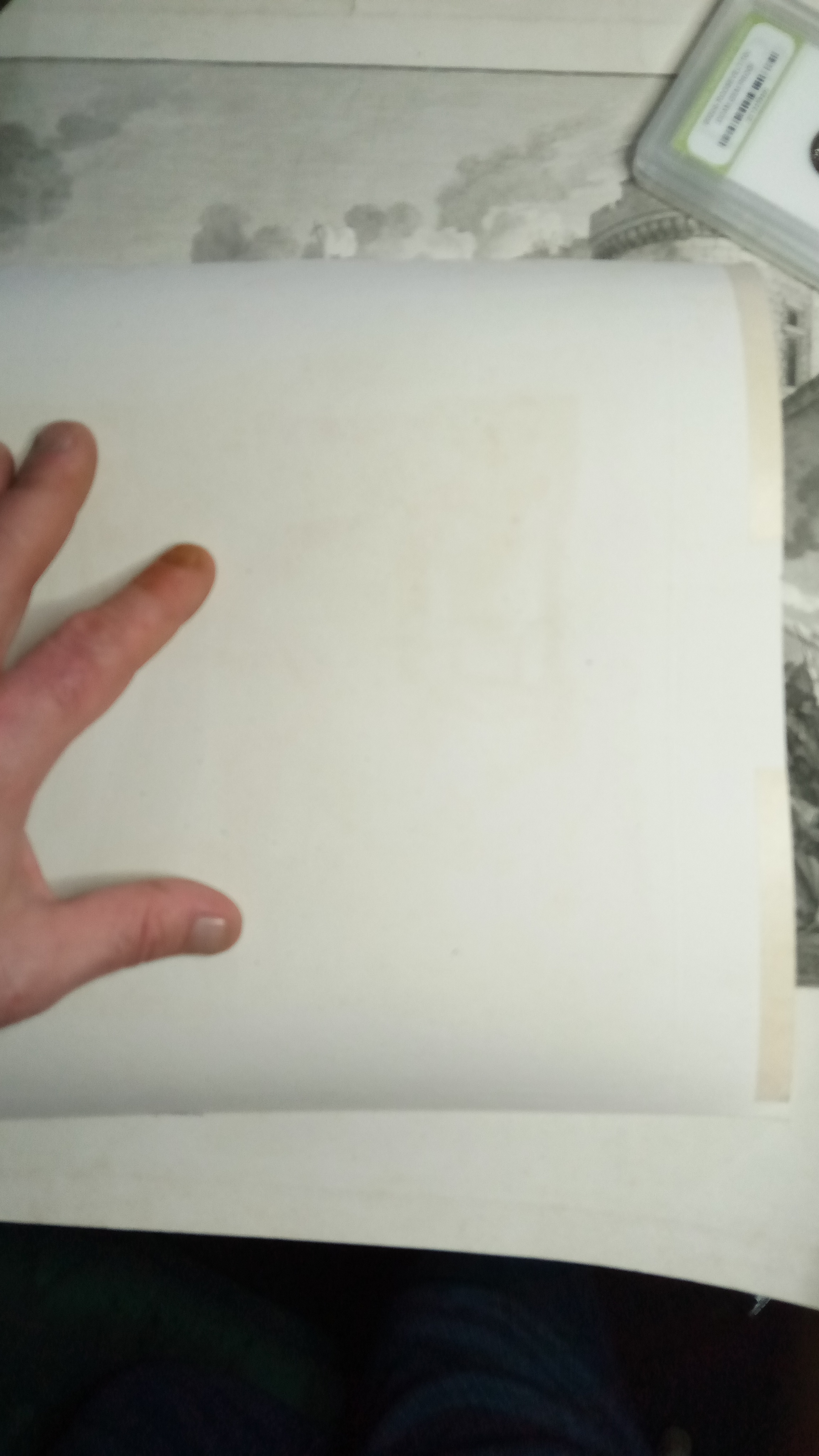 Thank you for uploading the photos. These prints look really cool and I'm looking forward to researching them. Can you tell me how big they are please? Thanks!

These are print engravings of the French Revolution by Pierre-Gabriel Berthault (1737-1831). Berthault created the engravings from drawings by Jean-Louis Prieur (1759-1795). These images begin with the Estates General meeting before the Revolution officially begins and continues through until just after King Louis XVI is executed. Many of the prints illustrate pillaging, massacres, fighting, and important events in the Revolution, such as the taking of the Bastille, Louis moving his family to the Tuileries Palace, Louis XVI's flight to Varennes, and the execution of the King. Many of the key figures of the Revolution to this time can be found in several of the images, including Jacques Necker, King Louis XVI, Lafayette, Mirabeau, Marquis de Favras, and the Marquis de Launey.  Published in Collection compléte des tableaux historiques de la révolution française (1804). These illustrations later appeared in smaller format in L’Histoire de la Révolution, du Consultat et de l’Empire by Thiers. These were original copper engravings by Pierre-Gabriel Berthault and Prieur (1737-1831) and were hand colored when new as they could be bought plain or tinted.

The second print is entitled Action entre Royal-Allemand et un détachement des gardes françaises, en face du dépot (Action between Royal German guards and a detachment of French guards, across from the depot). In this print, an infantry in line formation fights on the street with lots of smoke from their guns; in the middle front, two officers on horses are pulled off by men on the ground.

The third print is entitled Arrestation de Mr de Launay, gouverneur de la Bastille : le 14 juillet 1789 (Arrest of Mr. de Launay, Governor of the Bastille). This print shows a mob of revolutionaries after the storming the Bastille, when late in the afternoon, Governor De Launay, of the Bastille, is arrested and taken away, on the lower left, at the beginning of the Revolution in 1789.

Based on current market values, these hand colored prints have a retail value of $150 each.

The fourth print is a black and white engraving of Prise de la Bastille, le 14 Juillet 1789 (Storming of the Bastille, July 14, 1789). It was engraved by Charles Chardon and has a retail value of $60.

Please let me know if you have any additional questions about your item, or need me to clarify anything, by continuing our discussion in the reply box. If you feel that I've left anything out, please let me know how I can help further. I always strive to provide five-star service and bonuses are always appreciated.

Judith-on-Antiques
Antiques and Collectibles Researcher
Bachelor's Degree/Graduate Chef's Diploma
6,647 satisfied customers
Show more
Disclaimer: Information in questions answers, and Show Less
Disclaimer: Information in questions, answers, and other posts on this site ("Posts") comes from individual users, not JustAnswer; JustAnswer is not responsible for Posts. Posts are for general information, are not intended to substitute for informed professional advice (medical, legal, veterinary, financial, etc.), or to establish a professional-client relationship. The site and services are provided "as is" with no warranty or representations by JustAnswer regarding the qualifications of Experts. To see what credentials have been verified by a third-party service, please click on the "Verified" symbol in some Experts' profiles. JustAnswer is not intended or designed for EMERGENCY questions which should be directed immediately by telephone or in-person to qualified professionals.