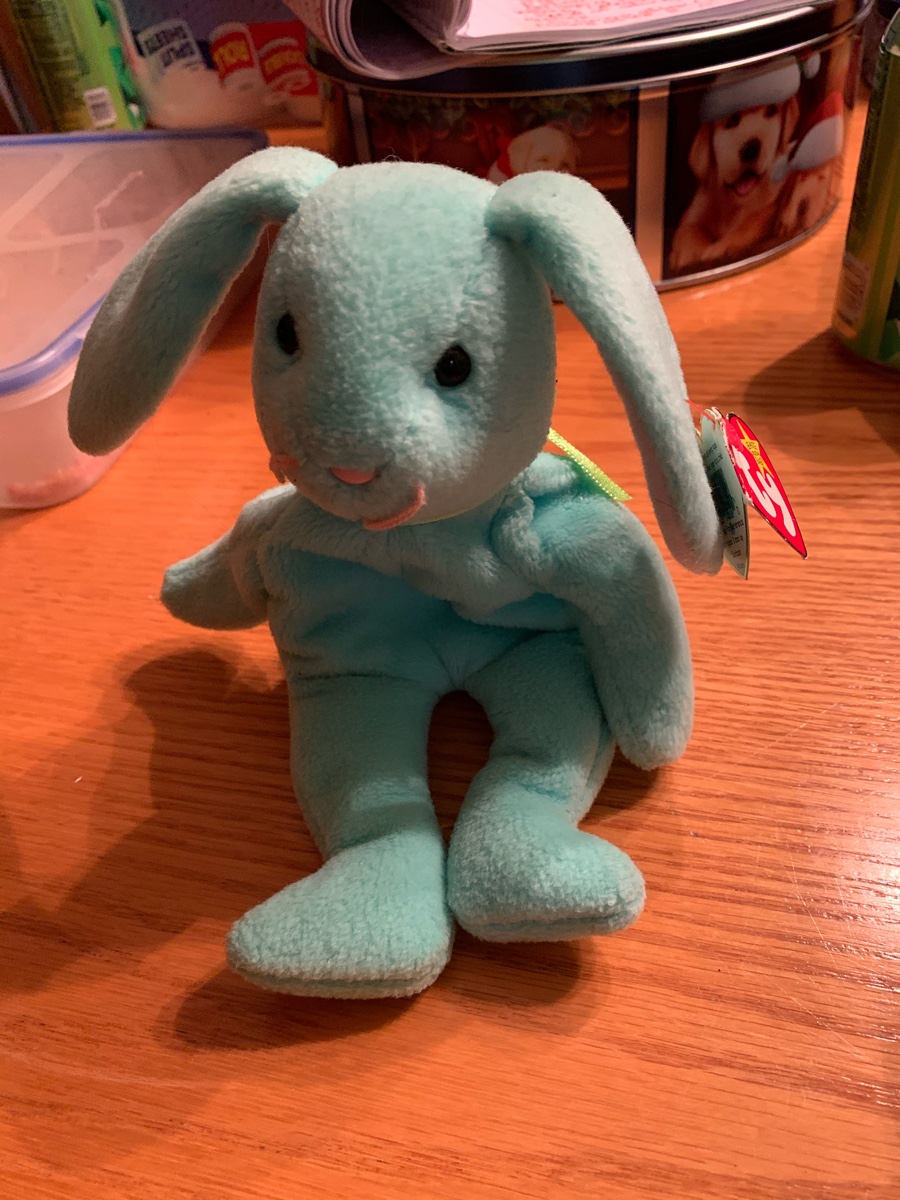 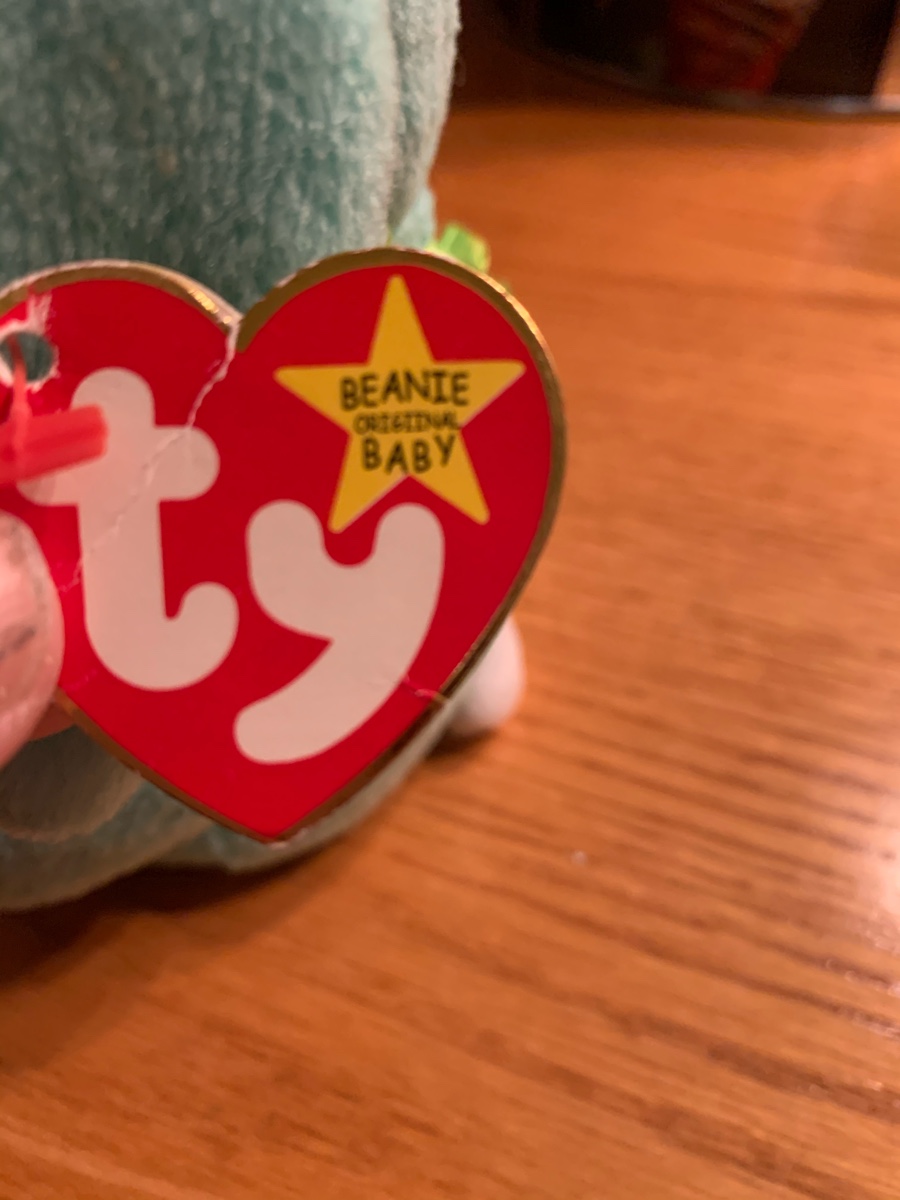 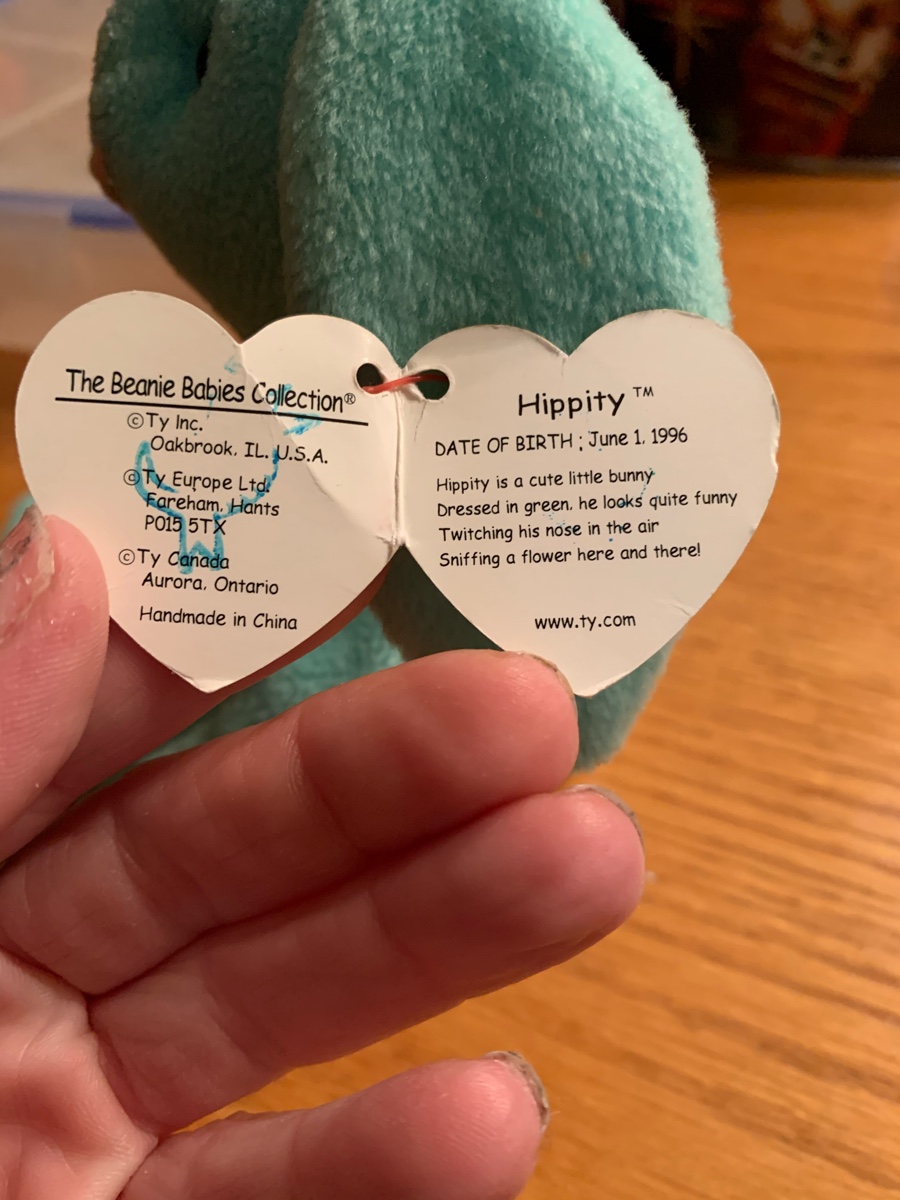 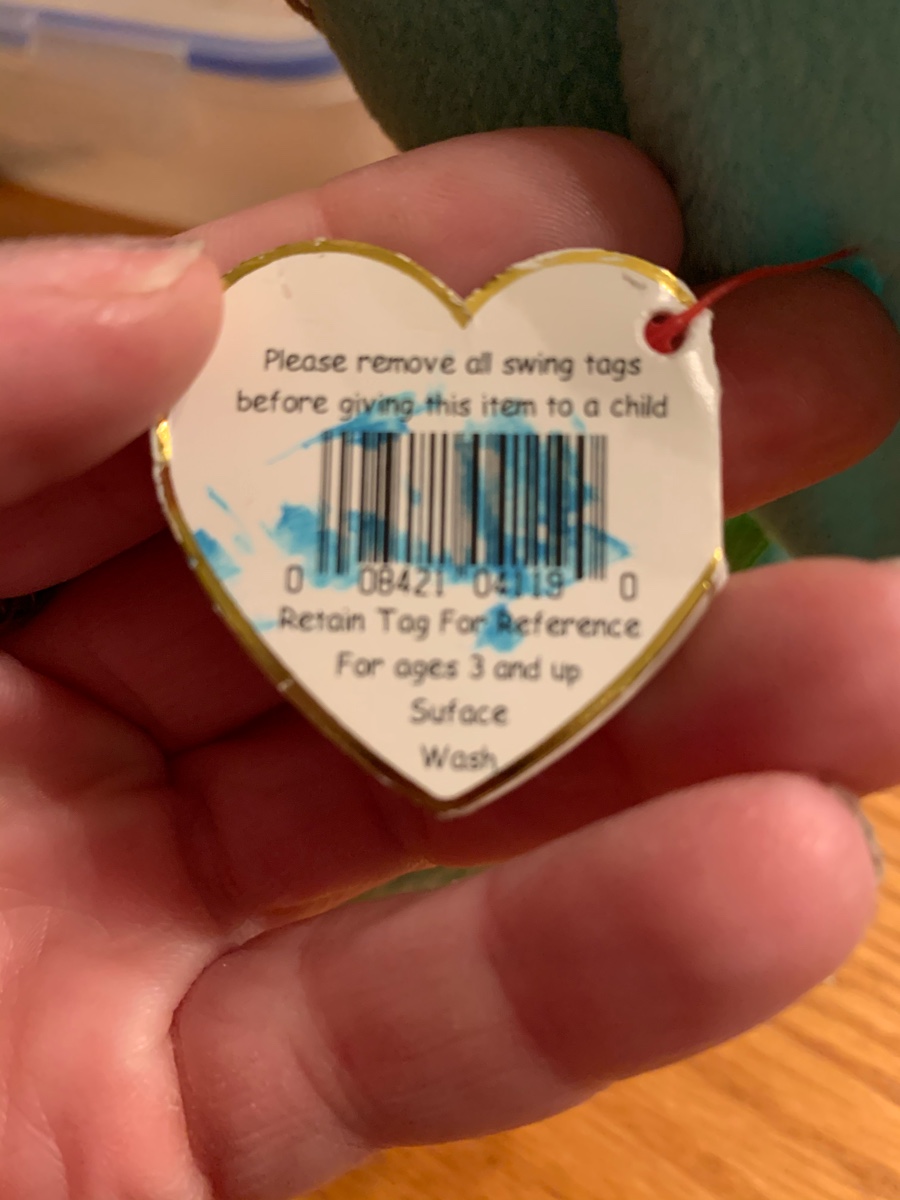 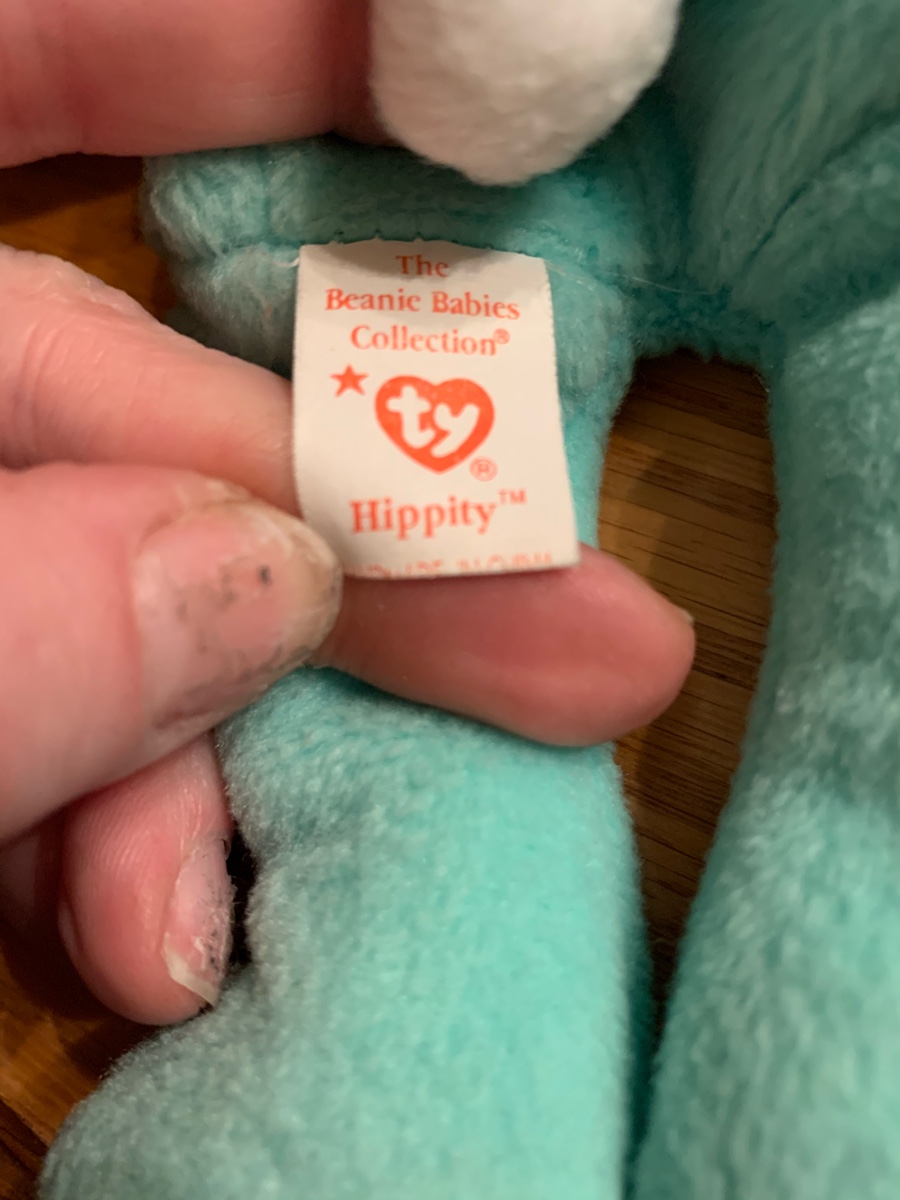 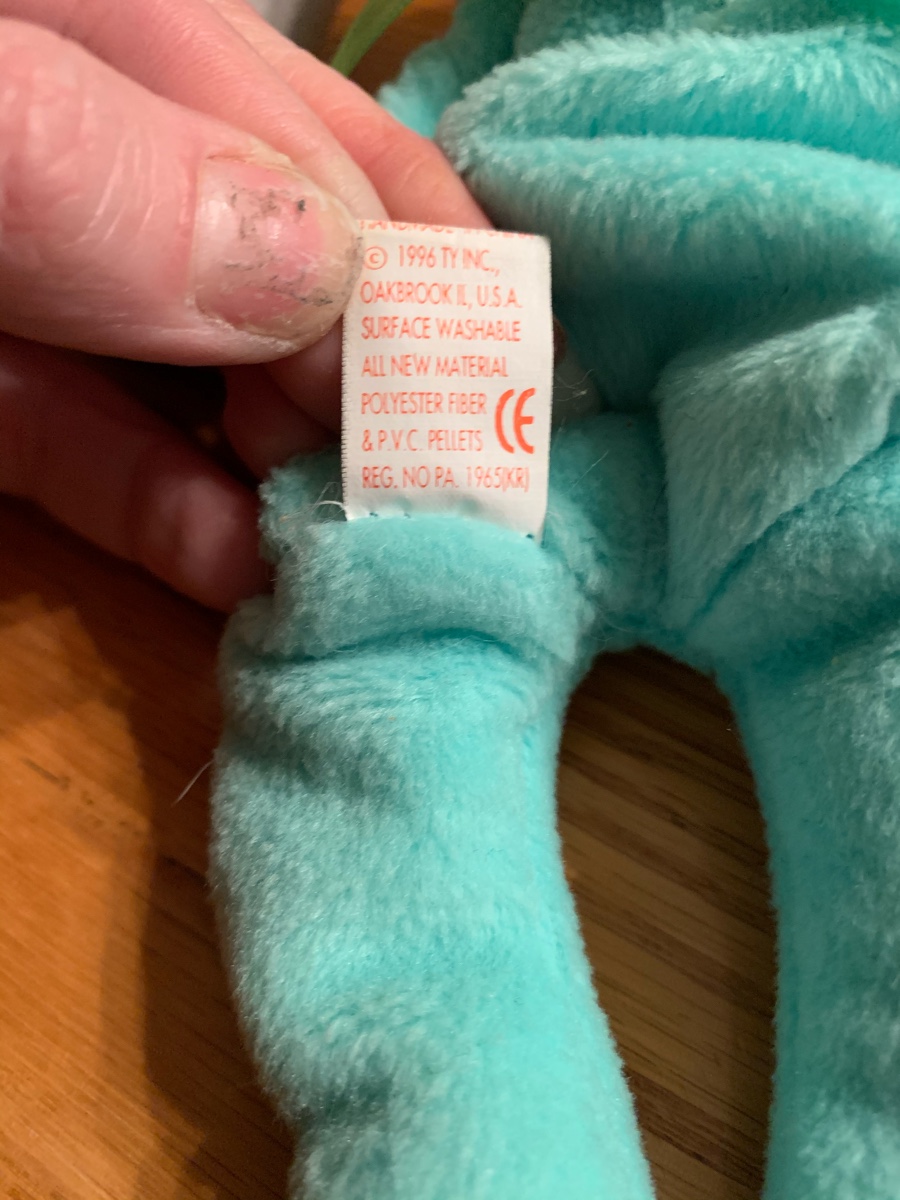 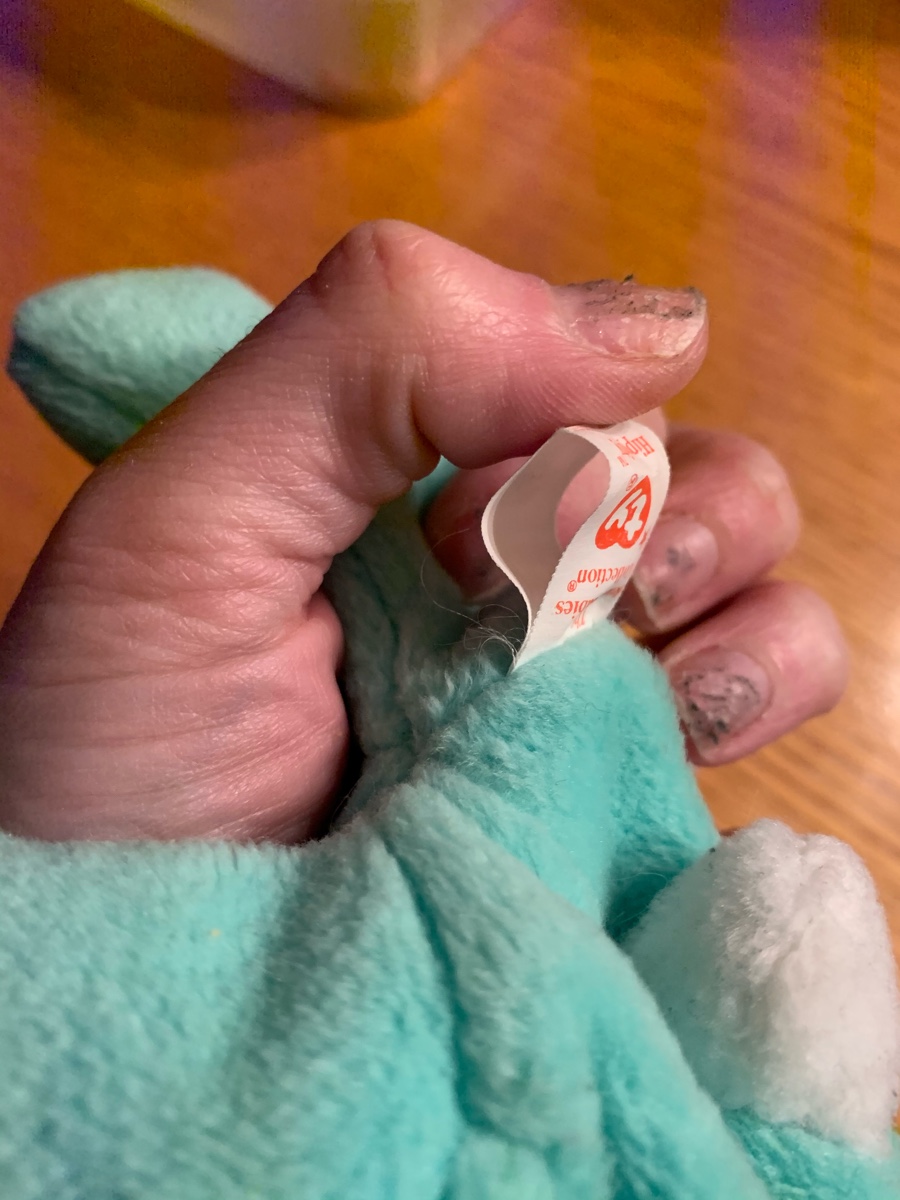 I'm August Abbott, dealer in select antiques, collectibles and rarities x 30 yrs. Give me a few mins to review & prepare your answer. Thanks!

I can give you valuations for your Beanie Babies, but ask you to please don’t take it out on me if it’s not what you expect in valuation. I’d rather be judged on my honesty than the news, just like you would.

The reason I have to say 'true' values is because - and again don't shoot the messenger for the message - what you're seeing online - prices in the hundreds, even thousands of dollars, don't even apply to the actual handful of 'rare' Beanies out there. The hype about Beanies with tag “errors” making them “rare” is nothing but false. Thousands of Beanies were distributed with errors - and at the initial time of collecting these were what everyone went for thinking in the future it would make them more valuable. Sadly, it makes no difference in today’s market. Errors are far from “rare”

Princess for example - just to prove it to myself in the last few weeks - sold for $5.00-8.00 with free shipping on eBay. I now own two 'rare' Beanie Princess bears (both mint condition), one with PE pellets and one with PVC pellets AND the so called 'mistake' tags, for a grand total of $12.00.

Reportedly this whole nonsense about beanies having great values began in the UK when a news report told of a “hugely valuable” Beanie sale to a couple for about $10. .
It is an ‘urban legend’ that spurred on thousands and thousands of unreal “listing” prices of beanies. See how it was exposed here: SnopesBeanieValues

This said - you can further prove this to yourself by going to eBay and not just looking at listed prices (you can list a stick of gum for a million dollars) but do an 'advanced' search to see “completed” listings (TRUE prices). Here’s how:
1. Go to eBay and at the top search bar, to the far right of it you’ll see “Advanced” (click it)
2. This takes you to a new search page where you’ll put your item in the search bar but don’t click ‘search yet
3. A little ways below this search bar is a box for “completed listings” (click it)
and now hit ‘search’

You’ll see a vast number of Beanies like yours at huge, unbelievable prices - and 100% of the time (quite literally, 100%) NONE will have actually sold at those prices. Most don't even sell for $20. - the average price for Beanies overall is $10 or less.

With regard to the McDonalds collection (just in case you have some of these) - more of these were made than any other give away in McDonald's history. Even the errors were mass produced (not 'rare'). Teeny Beanies have 'zero' value, no matter which ones they are. Generally speaking they may sell in ‘lots’ (a bunch at the same time for one price), but the most rare thing about them is any single one selling for more than $1.00.

It’s far easier to list for you the few actual Beanies with value and as you’ll note, not even any of these are selling for the prices you’ve probably seen your beanies listed for:

One in particular is called Chef Joel Robuchon, issued in August 2006. Only 200 were made and they sell, if authenticated, between $1,200 - 6,000 depending on the sales venue and condition of the bear.

1993 Korean tagged Patti Platypus were only made for a short time with values now, as above, up to $1,800. This is one of the original 9 Beanie Babies ever made.

From 2001-2002 M.C. Beanie was created for a MasterCard promotion. Fun fact: It’s the only Beanie Baby with the word “Beanie” in the actual name! It can sell for up to $1,800; however, some reports claim the brown nosed bear sells for a little more. I can’t confirm this.

* Now for the most popular scam priced beanies: *

Princess bear, probably the most asked about and unfortunately one of the most inflated by scammers is actually selling for about $10 overall these days. With pvc pellets might find a buyer for up to $50, but routinely sells for the $10 or less when people do their research rather than just read the words, “rare”, “hard to find” and then get swayed by the asking price sometimes in the thousands, generously reduced to the hundreds and then as low as $50. until the auction or sale ends unsuccessfully.

Princess bear with pe pellets, $5-10. although even this one boasts price listings in the 3 and 4 figures, but never any sales at those prices.

Valentino bear, brown nose, black nose doesn’t matter unless you’re just reading the hype. Poor Valentino isn’t even selling for $5.00 in most cases, including those with “multiple errors” . I can’t help but worry that the seller listing this exact same bear for $25,000 (I actually saw this) was a victim and paid a ridiculous price thinking it was an investment or if I should vilify the seller for knowingly perpetuating a disgusting scam.

Blackie bear, no matter what kind of pellets or errors, selling at $5.00, maybe up to $10 if the right bidder decides they just want it no matter what.

The Easter Bunny (all of them) are also valued at less than $5.00 despite several listings unattained in the hundreds or anything over $10.

Millennium bear is very curious. Scammers really trying to put a spin on it have this bear listed for up to $1,000 claiming the tag errors make it oh so “rare”. Then at the same sales site the same bear is touted as valuable because it doesn’t have errors.

In actuality, what’s rare is seeing this bear selling at more than a high of $10, with or without errors.

Mystic with errors; without errors; yarn mane, smooth mane, brown horn, iridescent horn - all have an actual sales history in the last month of $3 to 10.

I found a place that will buy your collectibles if they are among the actual profitable collectibles out there. :

By the way: The reason I became a Beanie expert? I had THREE giant bins of them, all in plastic cases, every tag in a tag protector - an 'inheritance' from my mother. A painstaking collection from the very first year issued to the "The End" bear.

As it turned out, the plastic cases/boxes were worth more than the Beanies. I wasn't so much heartbroken for myself, but for my mom who stood in lines at dawn and really worked hard to make this collection, believing wholeheartedly she was leaving me a nice 'retirement'.

I sold the boxes for $3.00 each and donated most of the Beanies (I kept a few for sentimental reasons) to Fire & Law Enforcement for them to hand out to children suffering the trauma of being caught up in situations they don't understand. They are 'priceless' in the comfort they can provide the innocent.

So you're in good company - having high hopes dashed by bad company (net scammers).

And again, I WISH I could give you better news - hopefully you own one of the genuinely valuable Beanies and it makes up for the rest of them

Please rate my honesty and not the information, ok? I believe you deserve the truth rather than 'falsely inflated values' and perpetuation of the deception

Verified
August Abbott and 87 other Antiques Specialists are ready to help you
Ask your own question now
Was this answer helpful?
Yes
No

ncsunburst
1,452 satisfied customers
Show more
Disclaimer: Information in questions answers, and Show More
Disclaimer: Information in questions, answers, and other posts on this site ("Posts") comes from individual users, not JustAnswer; JustAnswer is not responsible for Posts. Posts are for general information, are not intended to substitute for informed professional advice (medical, legal, veterinary, financial, etc.), or to establish a professional-client relationship. The site and services are provided "as is" with no warranty or representations by JustAnswer regarding the qualifications of Experts. To see what credentials have been verified by a third-party service, please click on the "Verified" symbol in some Experts' profiles. JustAnswer is not intended or designed for EMERGENCY questions which should be directed immediately by telephone or in-person to qualified professionals.