I have family letters to one of my progenitors from Lamar…

I have family letters...

I have family letters to one of my progenitors from Lamar Fontaine. The letters are postmarked from his last residence at Lyons, Ms. All the letters are type written with one hand written starting in 1895 through about 1916. He seems to have written of his exploits (presumed) to my relative and asked for his comment and return of the letter. Have about 100 letters - don;t really know what to make of them.

All are written on letterhead of his Surveyor and Engineering business with each of his sons listed. The signature is a stamp however.

Thank you! The closest comparable I found is an archive described as follows, attached, which sold for $565 at a 2015 Heritage auction. It provides a nearly direct comparable for your archive! "Confederate Major Lamar Fontaine Archive. Comprised of fifteen documents, mostly letters, spanning the years 1898 through 1907. Of note is a three page letter, written by Fontaine on
"Lamar Fontaine and Sons" letterhead, to Marion Dieffenderfer of Lancaster, Pennsylvania, dated May 18, 1898, returning a "relic" Fontaine had in his possession and reminiscing about Lancaster, including his escape from Federal custody, in part: "The City of Lancaster, can never be effaced from my memory - As a very ludicrous scene or incident occurred there in the early days of 1864, as I was passing through there enjoying a free? ride with several hundred other Confederate prisoners from Camp Chase, Ohio, to Fort Delaware." A crowd of people had gathered at the train station to see the prisoners and a young boy peered into the car to get a look at the men. He continues, "Just at this juncture of the game while the lad was leaning over as far as he could holding on to his mother to keep from falling 'Jack of Clubs [one of the prisoners]' shoved me to one side and rammed his head through the hole almost into the boys face and uttered a fearful growl. The boy gave a tremendous spring backwards & knocked his mother sprawling . . . and the cry was raised that a rebel had got away. . . . Not a great way from Lancaster on our way to Philadelphia, I made my escape through an enlargement . . . in the box car . . . I dropped out just after passing a station . . . I 'captured' a beautiful little mare from a Pennsylvanian farmer and made my way via Edwards Ferry . . . and rejoined my command near 'Mine Run' in Virginia." An interesting postscript appears at the end of the letter: "I mailed this to you on the 18th inst. and I suppose that in the robbery of the P.O. here this letter was taken out and was found today May 31st without any envelope. Ill remail it."

Also included are several letters touching on the controversy over the authorship of "All Quiet Along the Potomac Tonight." While attributed today to Ethel Lynn Beers, Fontaine claimed during life to have written it and several letters attest to his authorship. One such letter, from A.W. Beers, dated March 8, 1903, mentions Ethel Lynn and the poem, in part: "The Ethel Lynn in question was probably not Mrs. Ethelinda Eliot Beers, but my mother, Mrs Fannie A. Beers, a northern girl, who married a southerner . . . I am quite certain that she never wrote 'All Quiet Along the Potomac Tonight' although it was one of her favorite poems." One poem that Fontaine certainly wrote was "The Immortality of Love," a love poem regarding reincarnation written to his wife. Included in this collection is a copy of the poem, written entirely in Fontaine's hand and signed by him.

Lamar Fontaine was born in Mexican Texas in 1829. He served as a Texas Ranger until the outbreak of the Civil War, when he joined Co. "A," 10th Mississippi Infantry. Severely wounded at the First Battle of Manassas, he refused to be discharged and was transferred to the 2nd Virginia Cavalry. He served gallantly as a scout and courier throughout the war, participating in at least twenty-seven engagements and receiving several wounds. Captured in 1864, he was brought to Charleston as one of the "Immortal Six Hundred," one of 520 Confederate officers and enlisted me landed on Morris Island as human shields to prevent the shelling of that island by Confederate guns." (see: https://historical.ha.com/itm/autographs/confederate-major-lamar-fontaine-archive/a/6141-47616.s?ic4=GalleryView-Thumbnail-071515)

Again, thank you! Is there any additional information that I can provide? Rating my professionalism using the 5-star system is the only way that JustAnswer recognizes experts and it closes the question. It does not cost you anything additional. (see: http://ww2.justanswer.com/help/how-do-i-rate-answer-hl) Also, I don't participate in calls that cost additional money for you: these requests come from JustAnswer and not the expert. If you have any more questions, let me know! 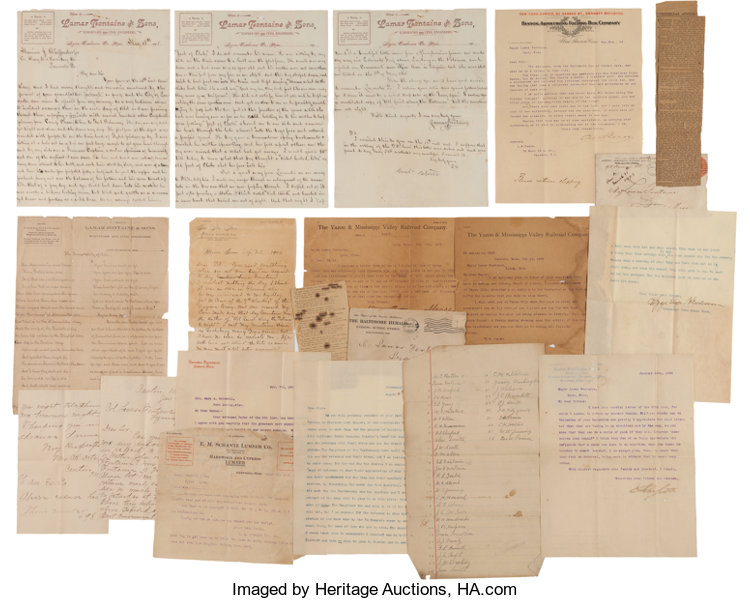 Verified
ExpertAppraiser and 87 other Antiques Specialists are ready to help you
Ask your own question now
Was this answer helpful?
Yes
No

JACUSTOMER-yf84hu02-
43 satisfied customers
Show more
Disclaimer: Information in questions answers, and Show More
Disclaimer: Information in questions, answers, and other posts on this site ("Posts") comes from individual users, not JustAnswer; JustAnswer is not responsible for Posts. Posts are for general information, are not intended to substitute for informed professional advice (medical, legal, veterinary, financial, etc.), or to establish a professional-client relationship. The site and services are provided "as is" with no warranty or representations by JustAnswer regarding the qualifications of Experts. To see what credentials have been verified by a third-party service, please click on the "Verified" symbol in some Experts' profiles. JustAnswer is not intended or designed for EMERGENCY questions which should be directed immediately by telephone or in-person to qualified professionals.