S. I have a collection I’m wondering if you can give me info…

Good Morning Robert s....
Good Morning Robert s. I have a collection I’m wondering if you can give me info on it. I believe the big ones there are about 450 of them then the midsized ones, and the thimble sized ones. Any info is appreciated. Chat soon my friend. I have the three musketeers and many many more extremely cool ones. This collection started when my 52 yr old friends grandparents first got married. It is complete as far as they know. The devil is a two sided mug. These are all royal dalton.
Show More
Show Less
Ask Your Own Antiques Question 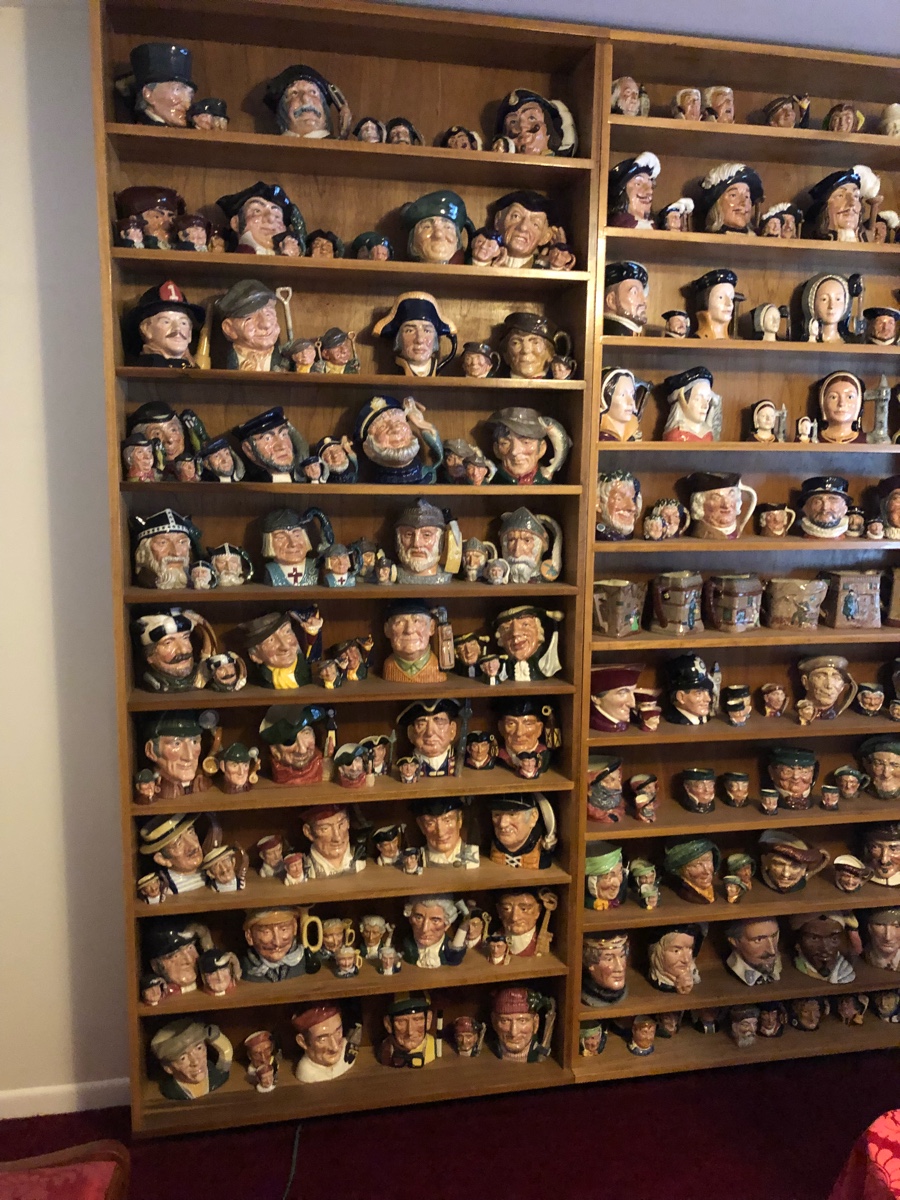 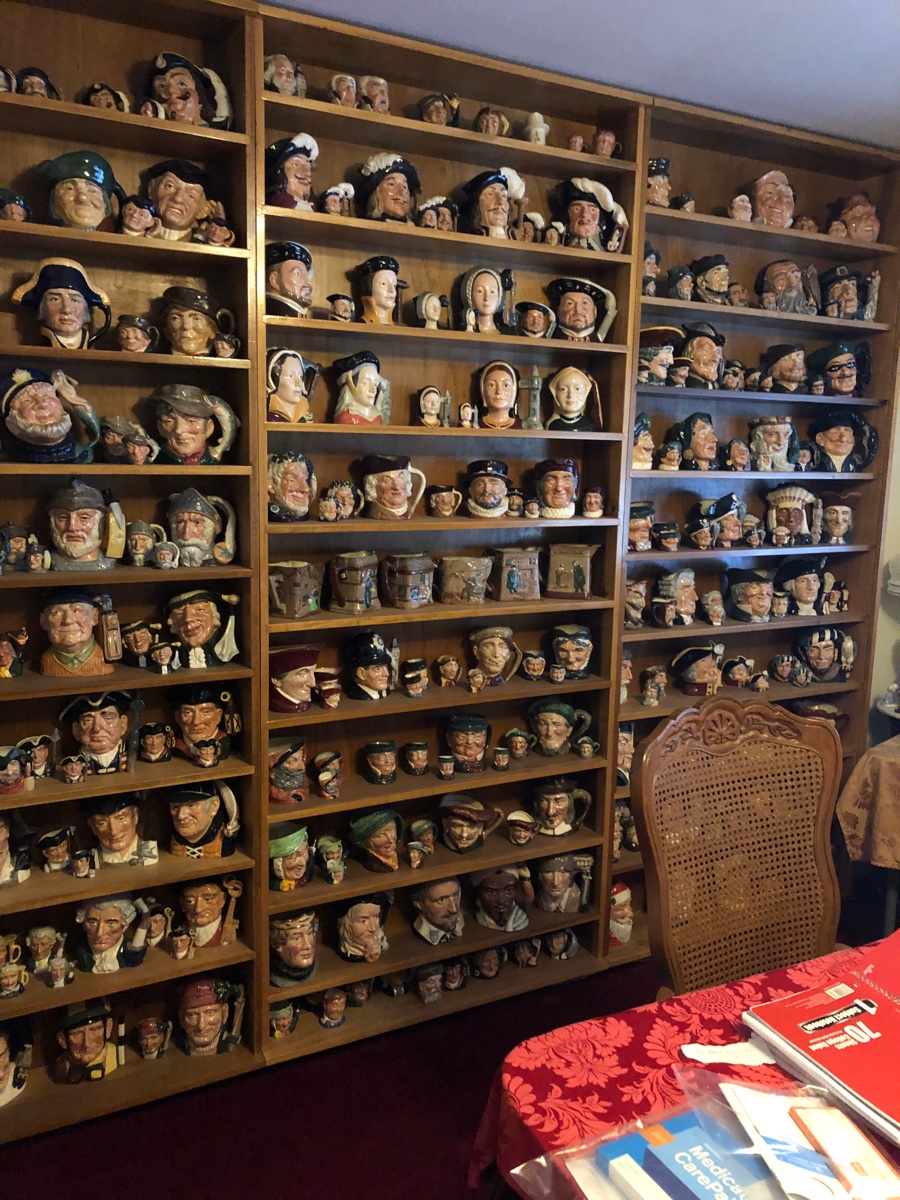 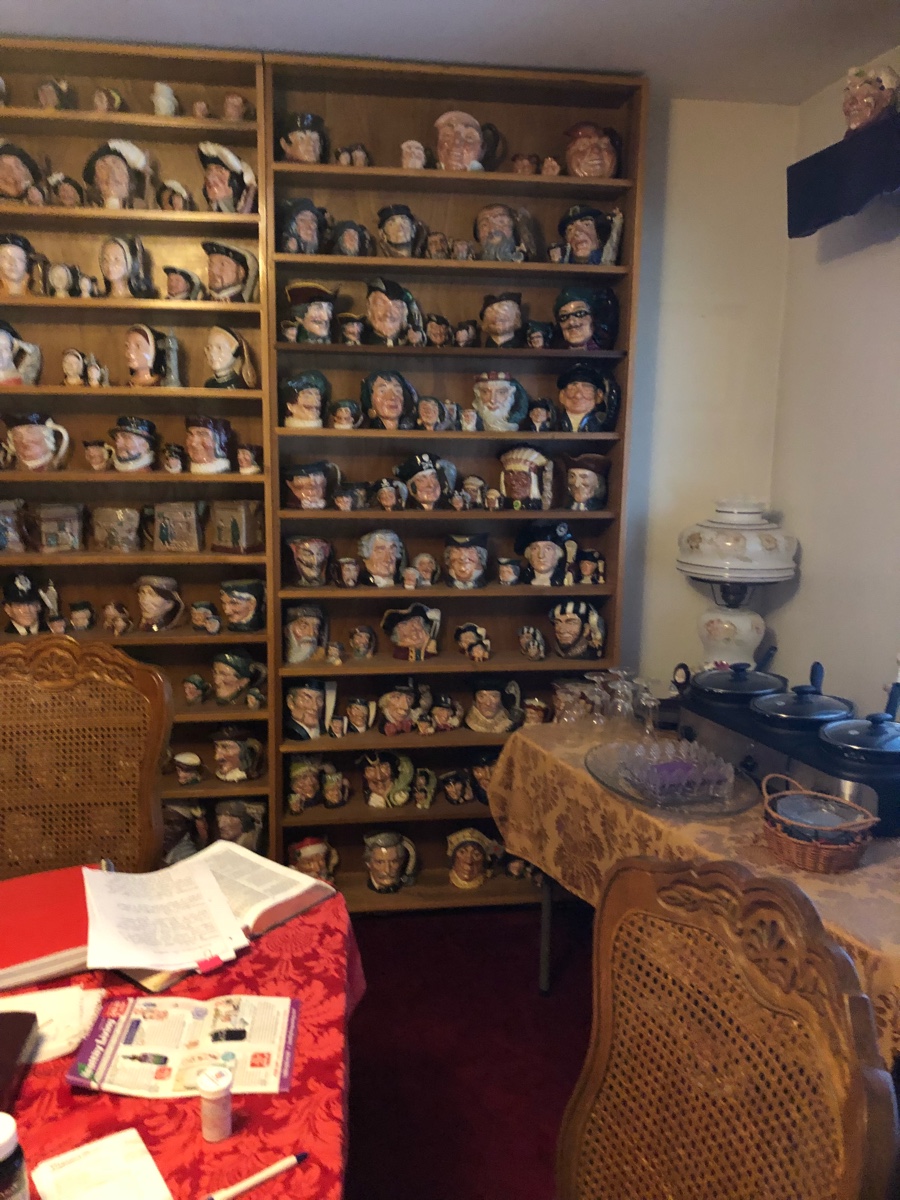 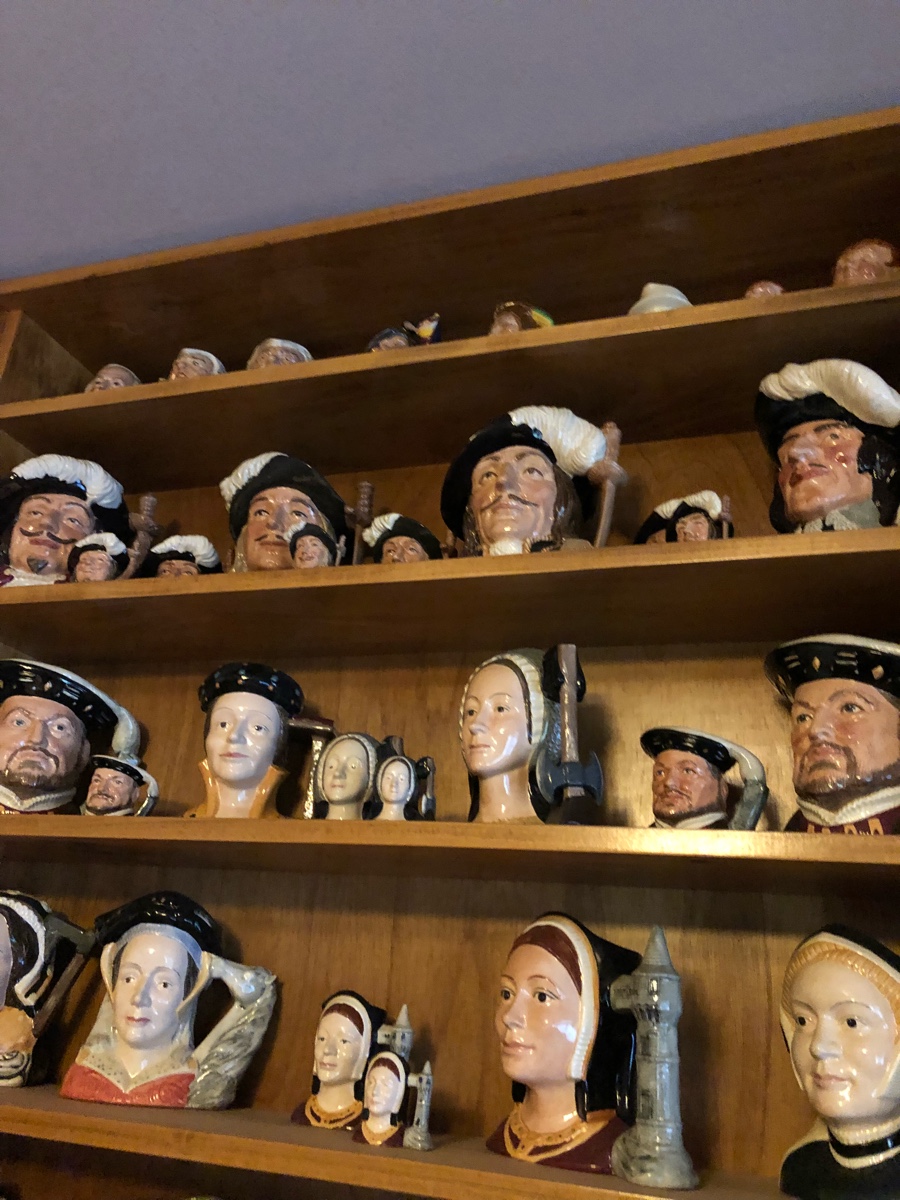 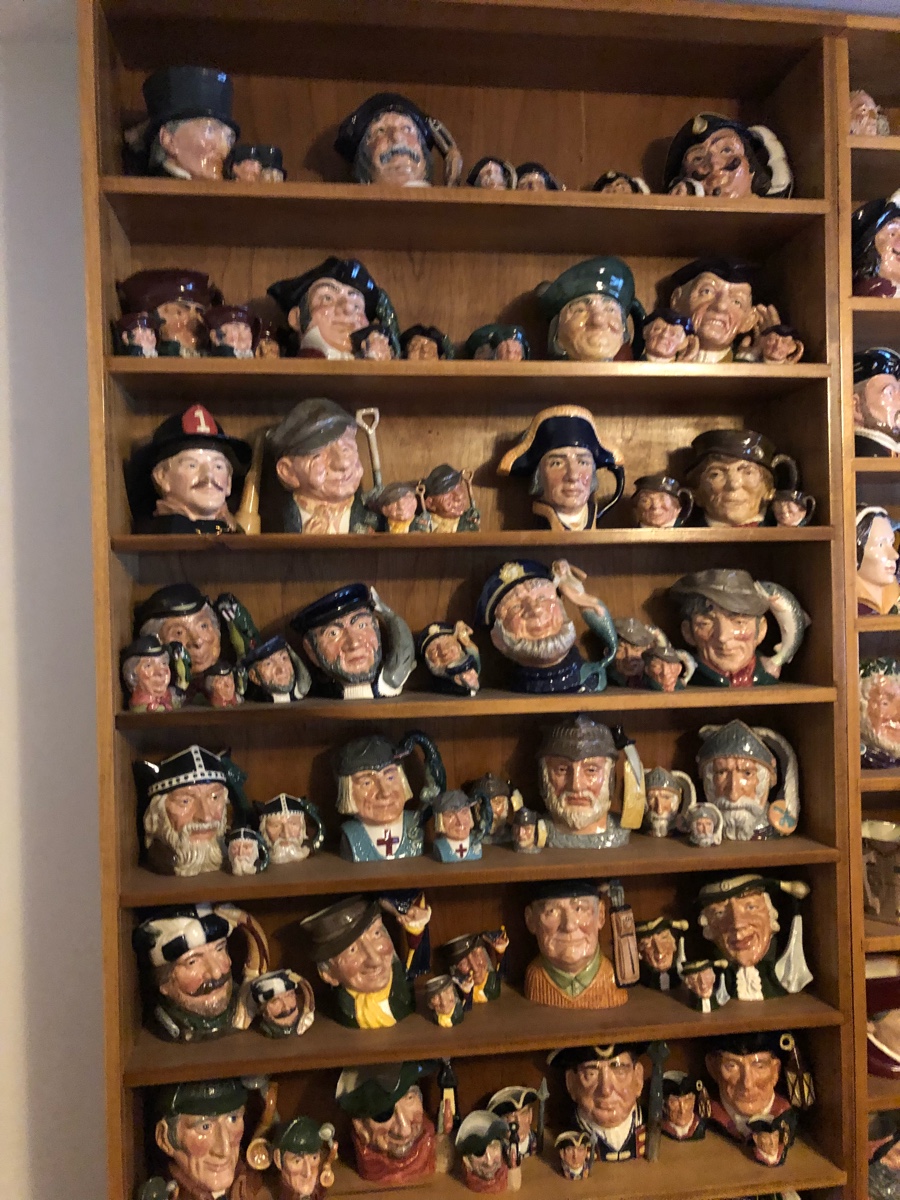 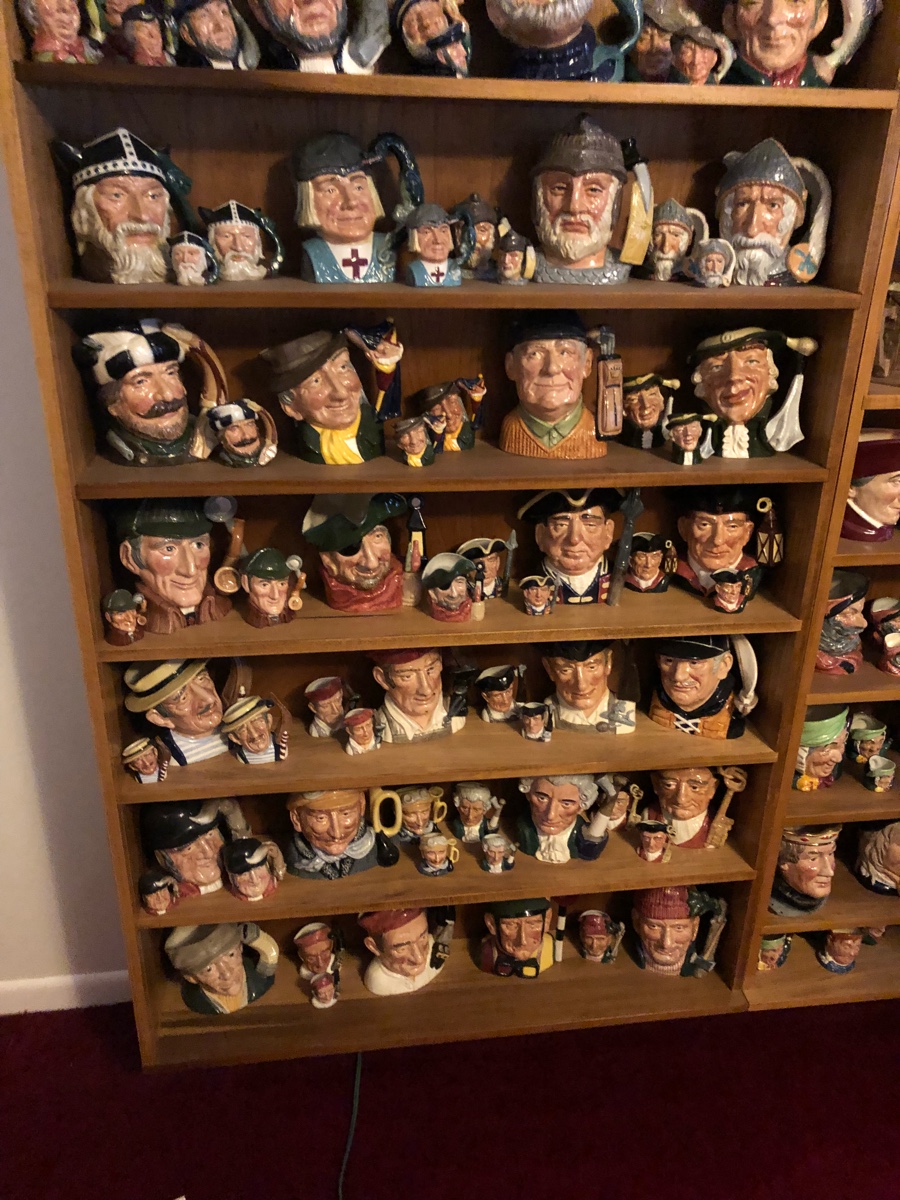 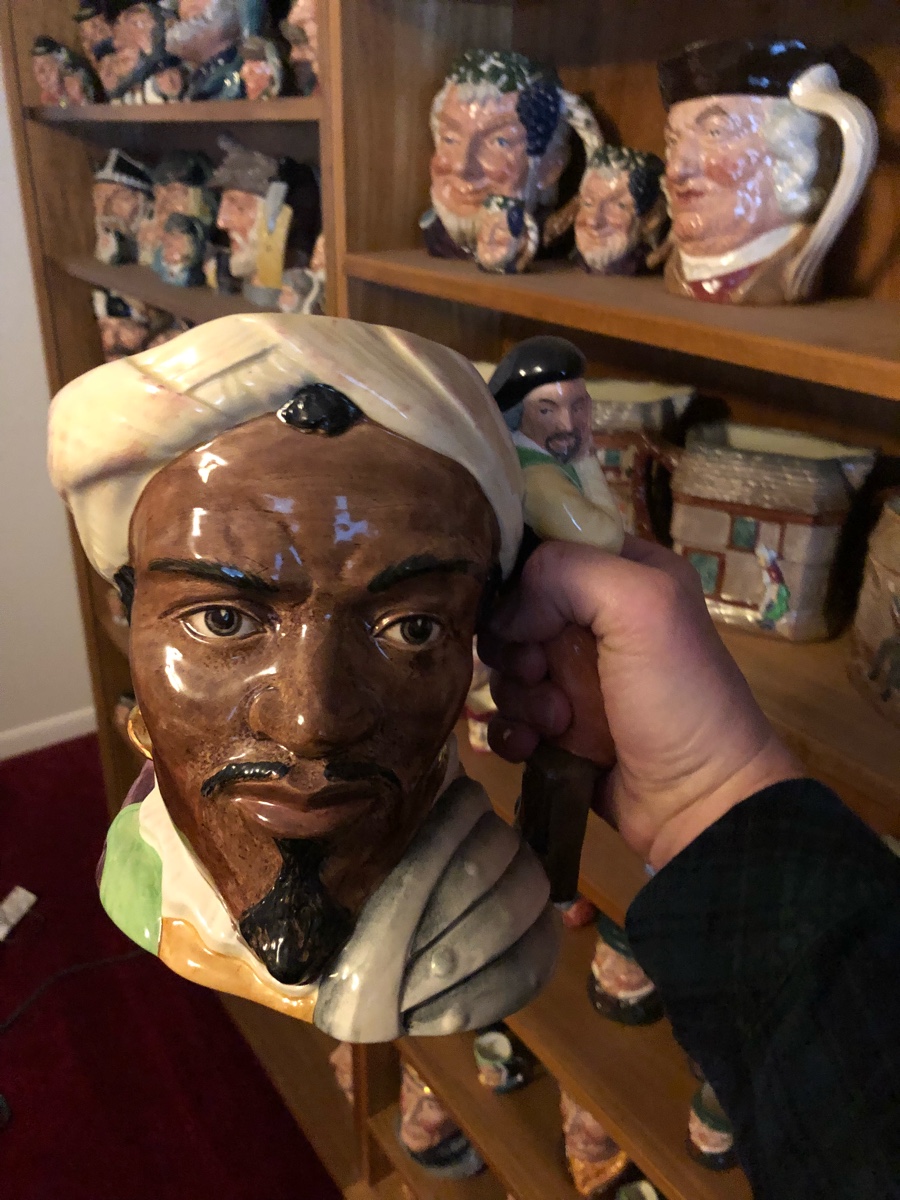 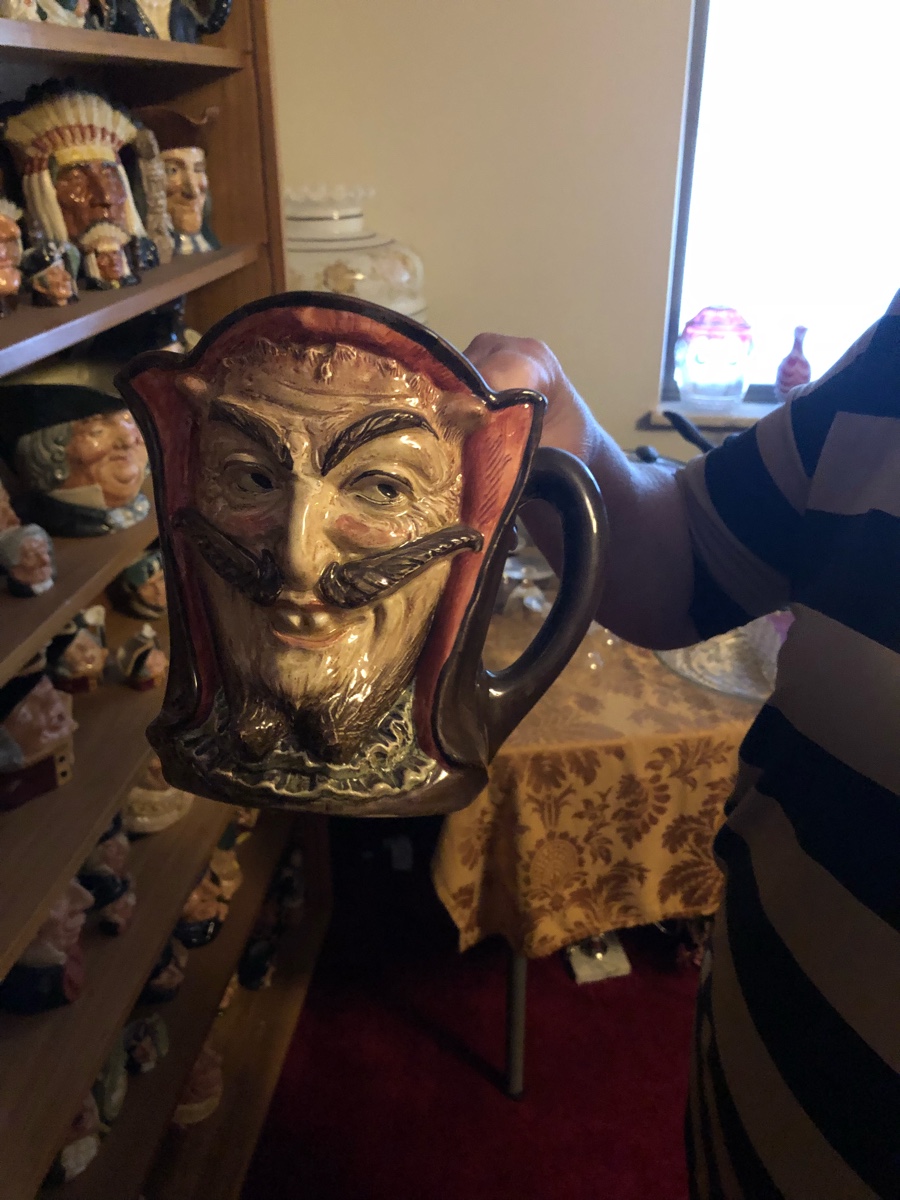 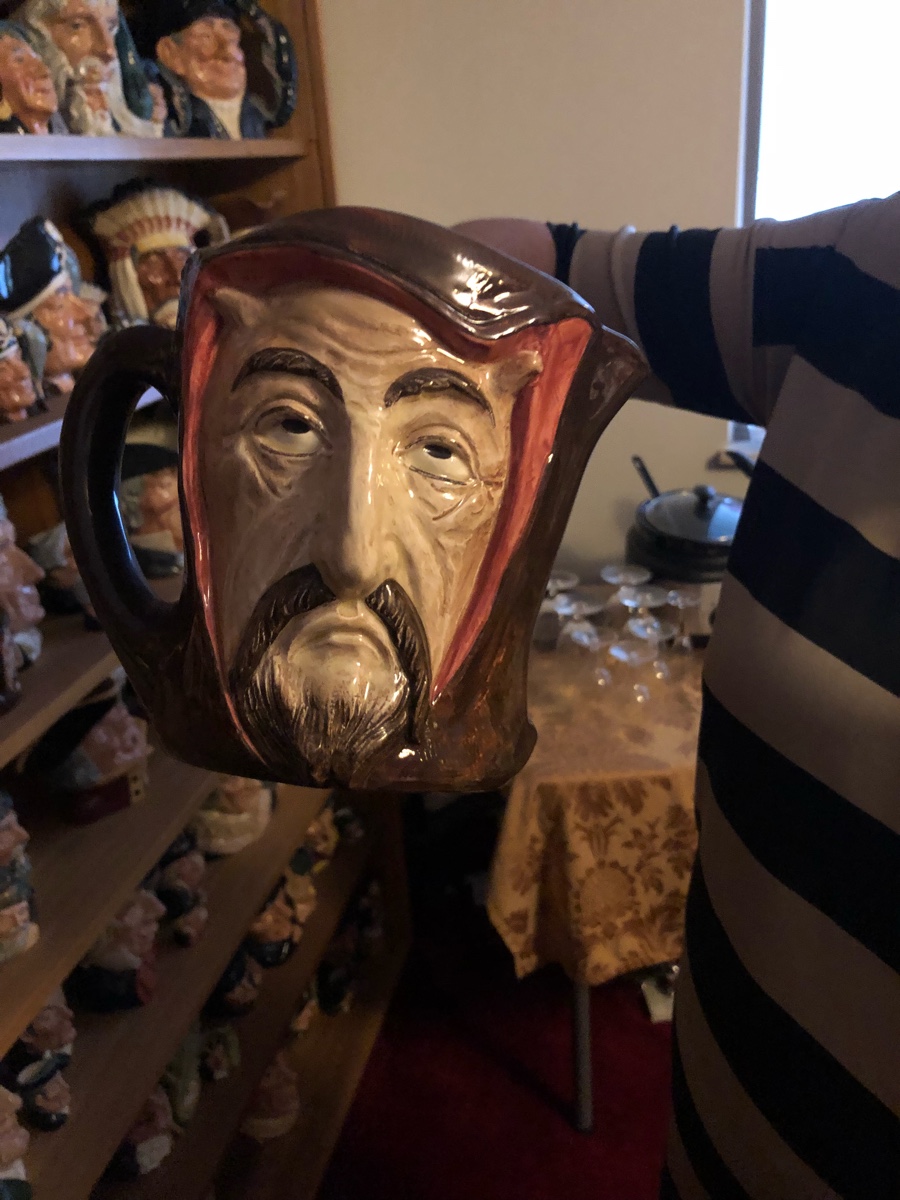 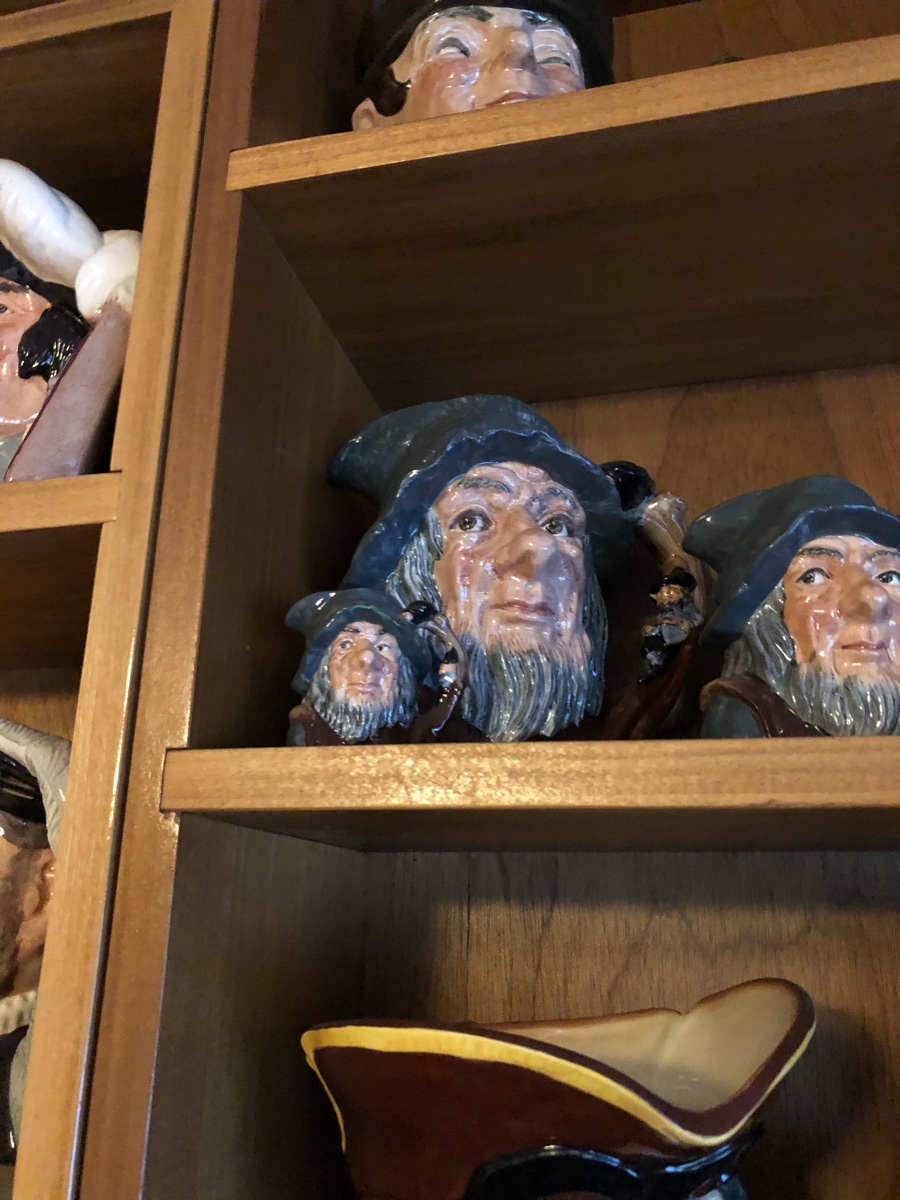 Hi Cindy! Long time no hear it seems! Hope you are keeping well!

Good Heavens! What an amazing collection of Royal Doulton character jugs! (Also known as Toby Jugs although technically a "Toby" is a full body and a "character jug" is head and shoulders, only)

Having collected these yourself, you probably know as much about their individual value as I do. Having said that, I can tell you that currently these sell on line or at auction at about 15% - 40% of the prices listed in the price guides, the so-called "book value" (which is equivalent to the retail/replacement/insurance value). The reason for that is that most of the "Book Value" guides were published in the 1990s when the craze for Doulton character jugs was at its peak -and so were prices. When eBay came along, suddenly those 'rare' and 'one-of-a-kind' examples turned out to be not so rare after all as "the world-and-her-husband" started listing them on-line and prices went through the floor. I suspect it's bottomed out now and slowly starting to climb again, but basically all the post-World War II production large character jugs sell on line for an average of $15 - $25.

Some of the miniatures -the so-called "Tinies" sell for about the same. The original 12 were produced in the 1940s. The first six in 1940 and the second six from 1945. They were so small (at 1 1/4" tall) the decorators had to 'wear' them on their little fingers in order to paint them. Luckily all the decorators were women and girls. There's no way those 'glass slippers' would fit this large male 'cinderella'.

Having said that, I see you picked out a couple of your favorites, which are certainly worth a little more.

Part of the Shakespeare collection. He was designed by Michael Abberley and issued between 1983-1989.

Wonderful two-faced mug with the devil shown in contrasting moods, the only two-faced Toby jug Doulton ever made.

It should also have the Francois Rabelais rhyming couplet on the bottom:

When the devil was sick, the devil a saint would be,

When the devil got well, the devil a saint was he.

Designed by Charles Noke and Harry Fenton, introduced in 1937 and withdrawn in 1948.

PS. May I trouble you to rate my answer for the last two Questions: the firescreen question and the AMA Art Glass question so that JustAnswer will credit me for them (at no extra cost to you, of course). They still haven't paid me. Thanks! R.

Verified
Robert S. and 87 other Antiques Specialists are ready to help you
Ask your own question now
Customer reply replied 2 years ago
Oh sure. I must have missed them. This collection belongs to a friend of mine. What’s the name of the book for value to give her n idea of their value. My favs are the 3 musketeers. Things have been nuts around here, I’m trying to get things in line so I can go to Texas from dec 22 to end January. It’s been along time but u are always in my thoughts and when I remember in my prayers. I haven’t been looking for anything new but just don’t want to let ya go as of yet. My baby granddaughter will be born the 30th if dec and I have been preparing for her too. I will go and finish up the okie dokies for you.I don’t see where I can rate you on the two U need me to do.

No problem. Just reactivated them from my end, so that should enable you to rate. No problem if not, I can have "Support" do it manually if need be.

The best source of info is one of Steve Mullins two books: "Toby & Character Jugs of the 20th Century" and "A Century of Royal Doulton Character & Toby Jugs" both from 2008.

That's sweet of you to include me in your prayers and thoughts, and I do so hope your granddaughter comes into the world without a hitch to her or mom. How exciting! And so lucky for them to have you there to help with the new arrival. Life changing, for sure!

Customer reply replied 2 years ago
Try and keep me away. I’ll kick that boys butt! I’m still the king. I’m always the king. Besides I give great gifts. And he can be bribed! Lol