I have a Black Tile (Produced by Rosenthal Group Germany)

I have a Black Tile (Produced by Rosenthal Group Germany) with a Gold Etching titled "Tod and Edna" on it. This is done by Edna Hibel. Can't seem to find out anything about this. The size is approximately 8"x10" and quite heavy. Just wondering its value, if any. Thank you...Donna M.

Expert's Assistant: I always love having an appraiser look at my stuff. Sometimes its turned out to be surprisingly valuable. Is there anything else the Antiques Appraiser should be aware of?

I don't think so. Oh, it is framed also.

Welcome! Doris here. I will be pleased to work with you. My responses are not immediate. I thank
you for your patience. I am reviewing the question.

Customer reply replied 2 years ago
Thanks

Please tell me the approximate size in inches.

Photos are almost always required to give an accurate assessment. If you cannot send photos, I can still work with your descriptions; however, I can give more accurate answers if I have photos.
Can you send photos?

Please send photos of the item.

Please send a photo of the identification marks, labels and/or words on the item.

You may need to use the macro function (flower icon) of your camera to get a good clear photo of the marks.

If you cannot get a good photo, then sketch the marks and take a photo of the sketch.

To send photos you may use the "ADD FILES" in the blue box link (next to "SEND" or "SUBMIT") on your reply page or the "paper clip" found in the toolbar you see on your reply page.
Please do not send in ZIP format. The jpg or jpeg format works best.

An explanation of this method can be found here:

How to transfer photos to your computer from your phone: 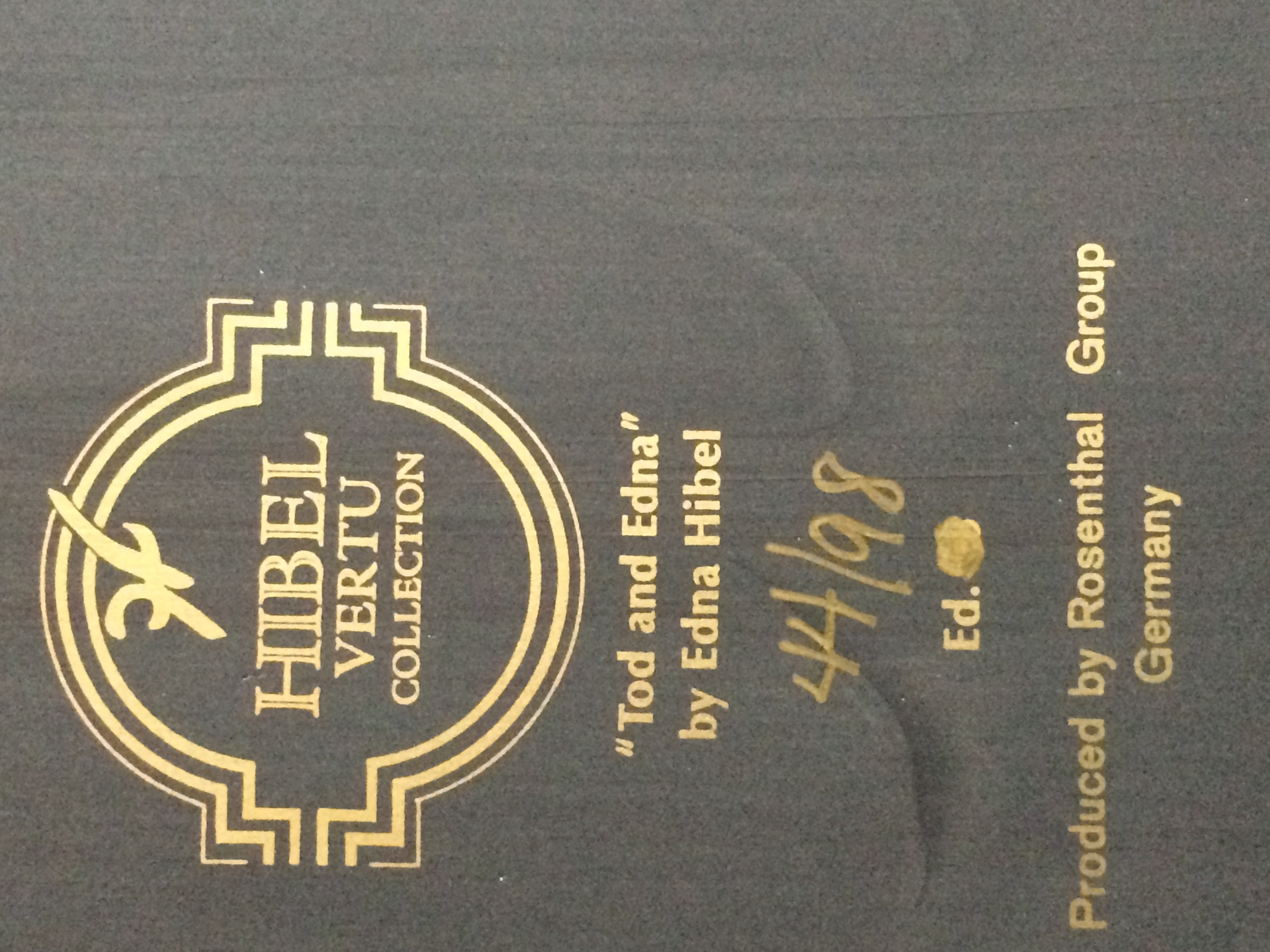 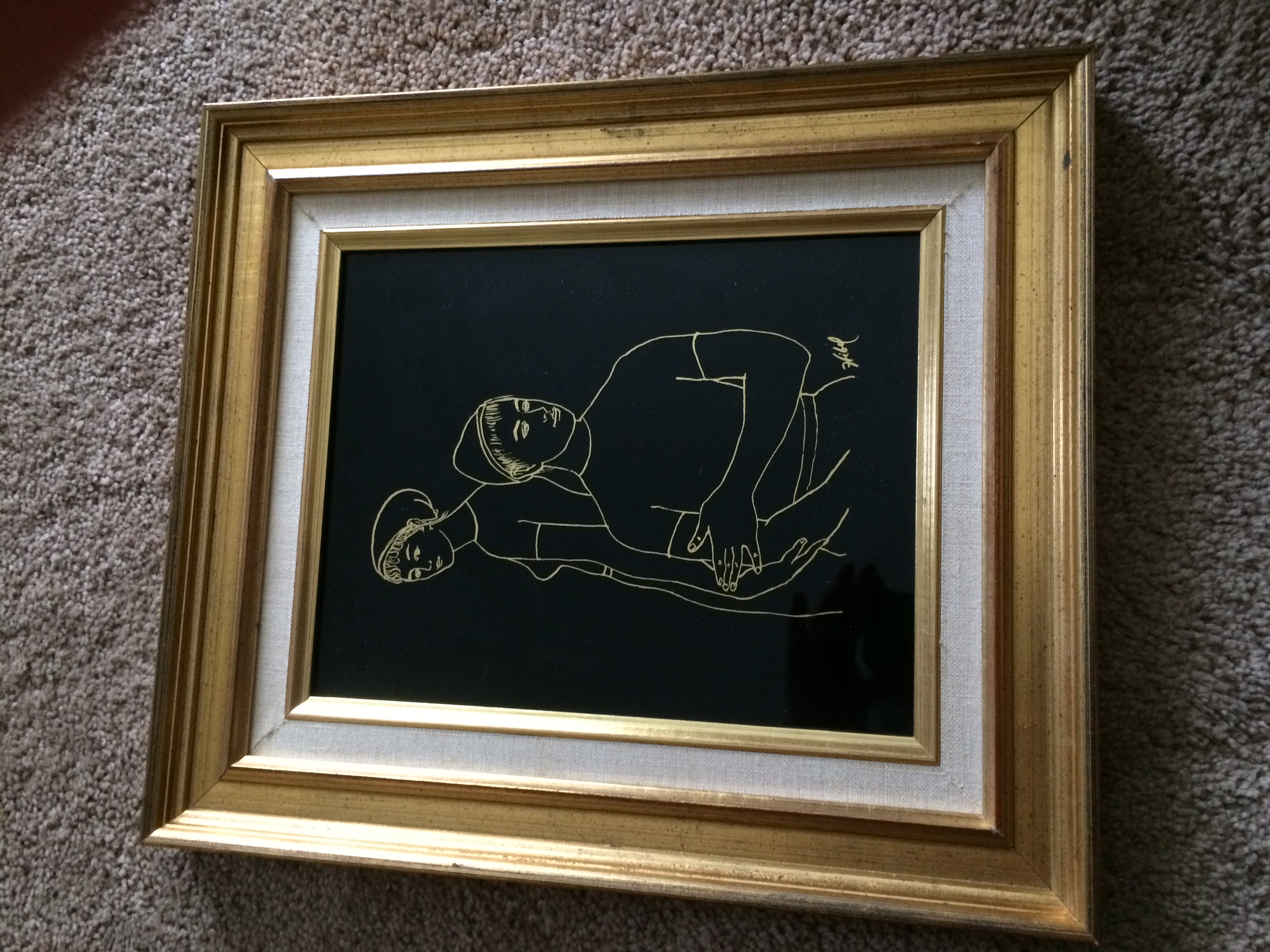 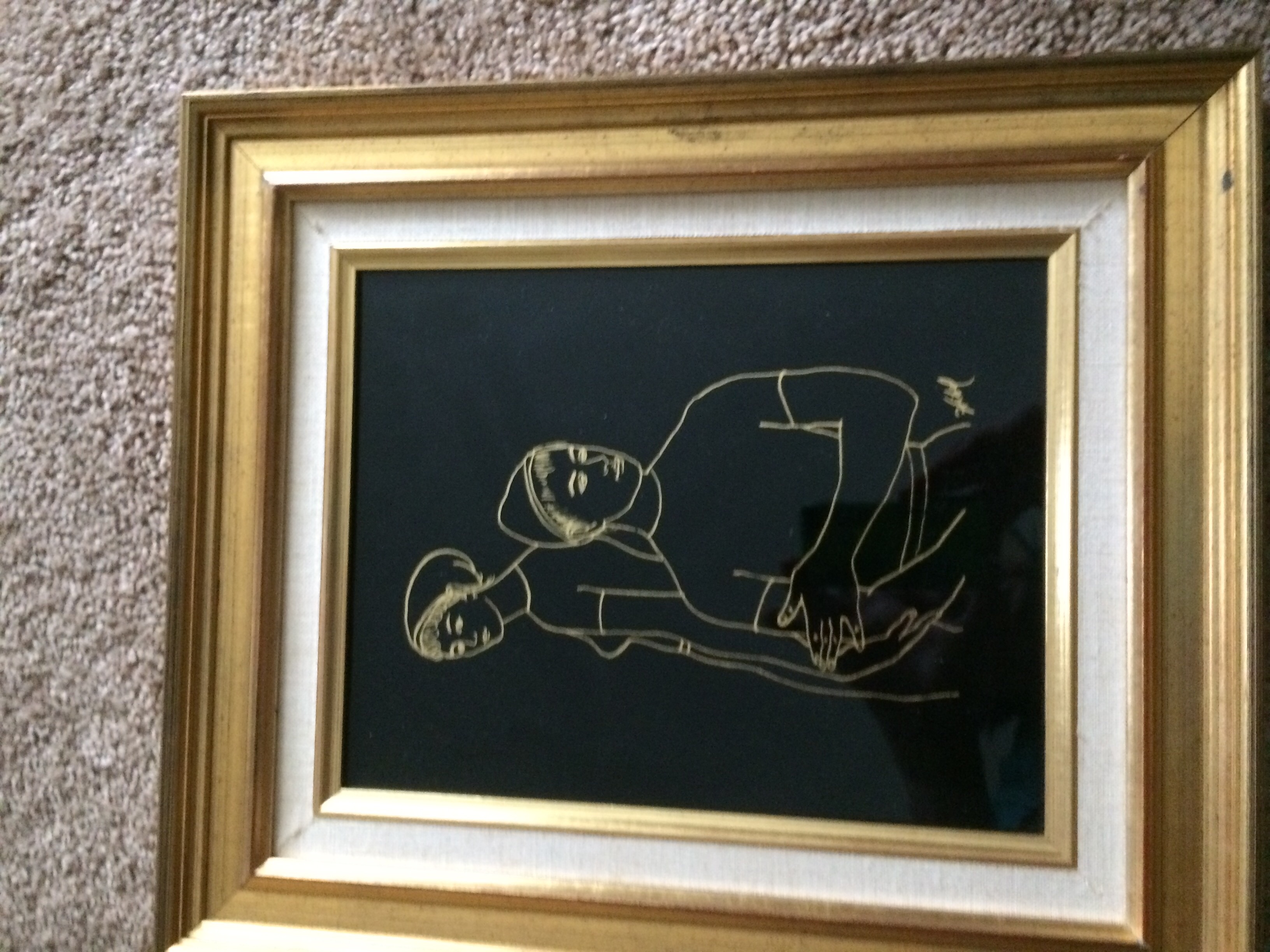 Please tell me the approximate size in inches.

Is this tile signed?

Customer reply replied 2 years ago
The porcelain is approximately 8x10. Not pencil signed, just on the front in gold

"Edna Hibel, a painter of sentimental pictures of children, has had a more than 60-year career as painter and lithographer and promoter of peace through exhibitions of her artwork.

She was born in 1917 in Boston, Massachusetts. Her parents were Abraham and Lena Hibel, and she was raised in the Boston area and educated at Brookline High School where she met her future husband, Theodore Plotkin.

She began to paint when she was nine years old and learned watercolor during summers at the shore where her family vacationed in Maine and Hull, Massachusetts.

Hibel studied at the Boston Museum School of Fine Arts, from 1935-39, receiving a Sturtevant Traveling Fellowship to Mexico. In Boston, in 1966, she began lithography, continuing in 1970 in Zurich, where she still works every year. She has created lithographic works with up to 32 stones (or colors) on paper, silk, wood veneer and porcelain. The latter pieces are called lithographs on porcelain and result from a complicated process, that she keeps a secret, whereby she transfers stone lithographic color separations onto Bavarian hard paste porcelain. Hibel has created the "Arte Ovale" series and various plaques with this technique.

She organized the Edna Hibel Museum of Art, in Jupiter, Florida, to display and promote her work and also created a United Nations stamp, "Mother Earth."

In 1995, she was commissioned by the Foundation of the U.S. National Archives to commemorate the 75th anniversary of women receiving the universal right to vote. At the ceremony, Ms. Lucy Baines Johnson referred to Hibel as the "Heart and Conscience of America."

In November, 2001, the World Cultural Council based in Mexico City gave her the Leonardo da Vinci World Award of Arts.

Hibel's work has been exhibited in museums and galleries in more than 20 countries including Russia, Brazil, China, Costa Rica, and the United States, and under the royal patronage of Count and Countess Bernadotte of Germany, Count Thor Bonde of Sweden, Prince and the late Princess Rainier of Monaco and Her Majesty Queen Elizabeth II of England.

Pope John Paul II gave her a medal of honor as did the late Belg***** ***** Baudouin. She also received honorary Doctoral degrees including from Eureka College, and Northwood University of Florida, Michigan and Texas. She also has received many humanitarian honors for her charitable efforts for children's and medical charities.

Her exhibitions "Golden Bridge" and " Peace Through Wisdom" were efforts to promote peace and cultural understanding between China, the United States, Yugoslavia and Russia, and a television documentary titled "Hibel's Russian Palette" was based on her trips and art shows in Leningrad, now St. Petersburg. In 2001, Edna received a Lifetime Achievement Award from "Women in the Visual Arts," an organization of artists in the South Florida area.

This vintage tile is a limited edtion lithograph styled tile created after Edna Hibel art for and by Rosenthal.

The estimated retail value of your framed Edna Hibel tile is $150-200 in an upscale venue.

These sites carry antique as well as vintage items.
Accept PayPal only.

Or your nearest CraigsList.com , nextdoor.com , Facebook.com , or Facebook Marketplace where you can list items for free. Accept cash only.

Ultimately, to obtain these retail values we assume the piece or set is in good condition and that the final value depends on sale geographic location.

In general, a private seller to a dealer, via consignment or at auction can expect 30-50% of estimated retail value.

Insurance replacement values are usually about 20%-50% more than retail values.

Please do not rate the appraisers for any issues you might have with the site, appraisers are not employees of the site, we come to the site to answer questions the customers have.

Please let me know if you have difficulty with the site's rating system.

To complete this transaction, please click the five stars at the top right of your screen and hit the submit button. Or if you see "review expert" or "rate expert", you can click on that.
If you using a mobile phone: scroll to the top of the page then click on Finish Rating, then click on the stars!

This allows me to be credited by JA for my Knowledge, Time and Effort.

Rating me does not cost you anything extra.

Bonuses are not required but are always appreciated.

If you would like to use me on any future questions, requesting me expires in a short time. If you type "For Doris Only" as the first of three words of the question, I should be the pro that takes the question.
You can also add me as a 'FAVORITE' to your personal expert.

Thank you so much for the positive rating! If you have questions in the future, please request me by typing “For Doris only” as the first three words of the question. I should be the one to take your question.
You can also add me as a 'FAVORITE' to your personal expert.

Customer reply replied 2 years ago
Thanks for you help here. I was really beginning to wonder since I was unable to find anything for this particular piece by Edna Hibel. I had just purchased this for my daughter for Christmas

What a lovely gift!

Have a good evening.

Customer reply replied 2 years ago
the same to you also. Good night