S: I possess a small collection of 6 ceramic dogs. I know… 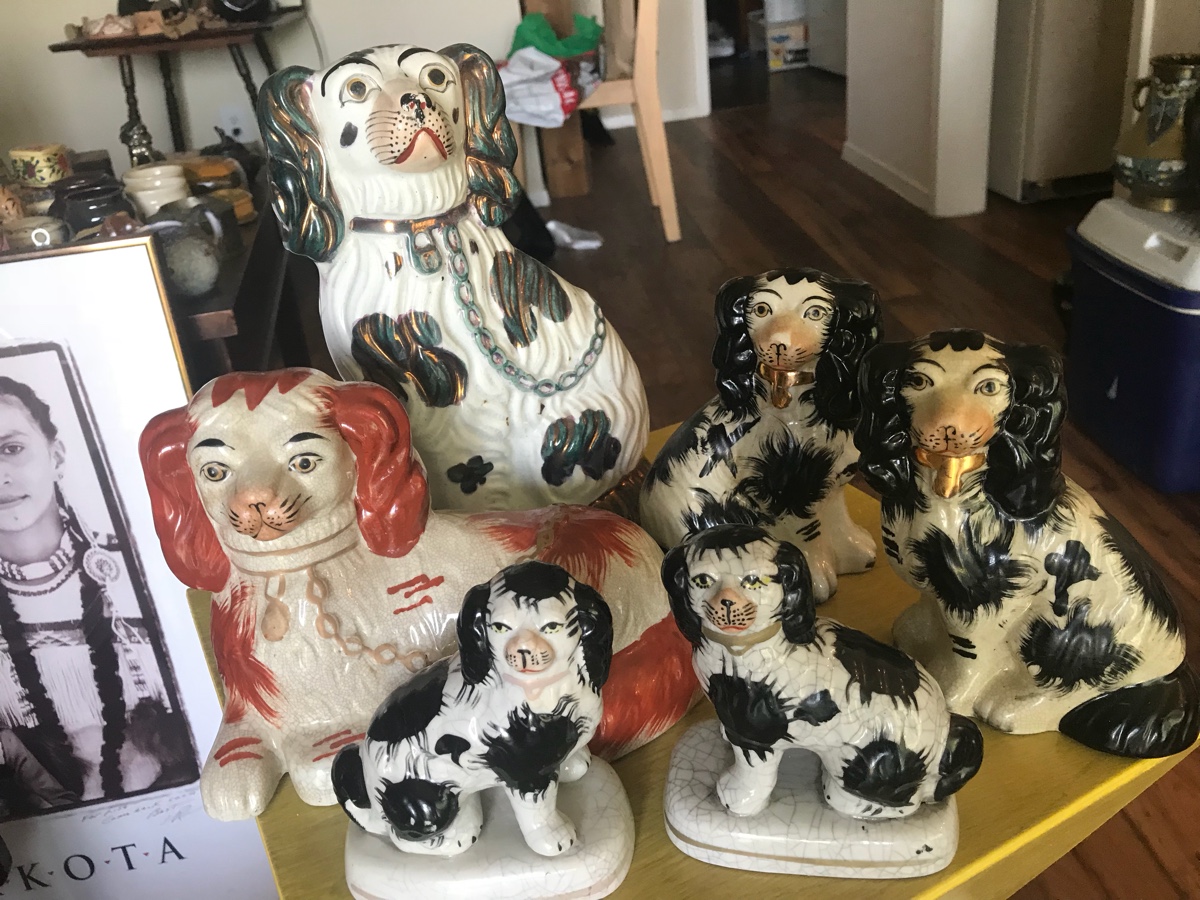 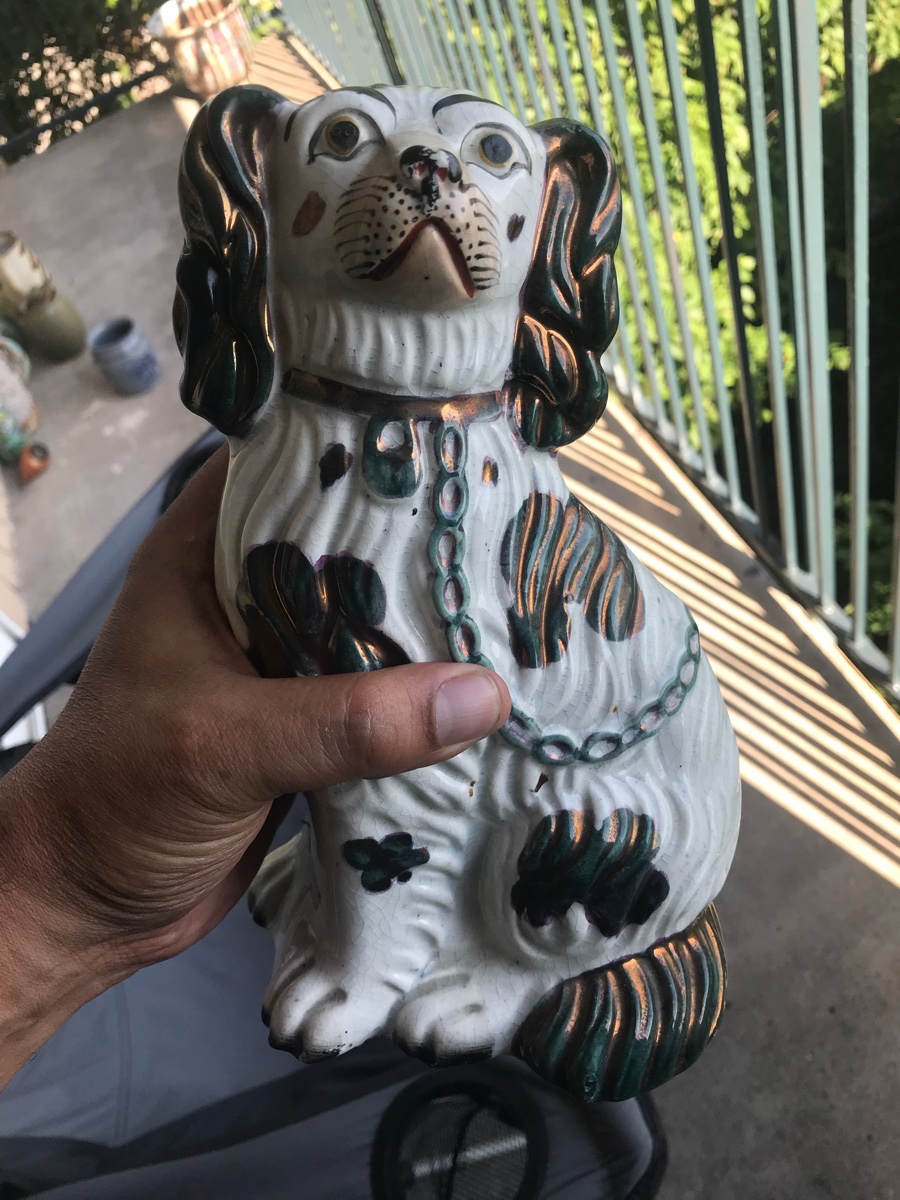 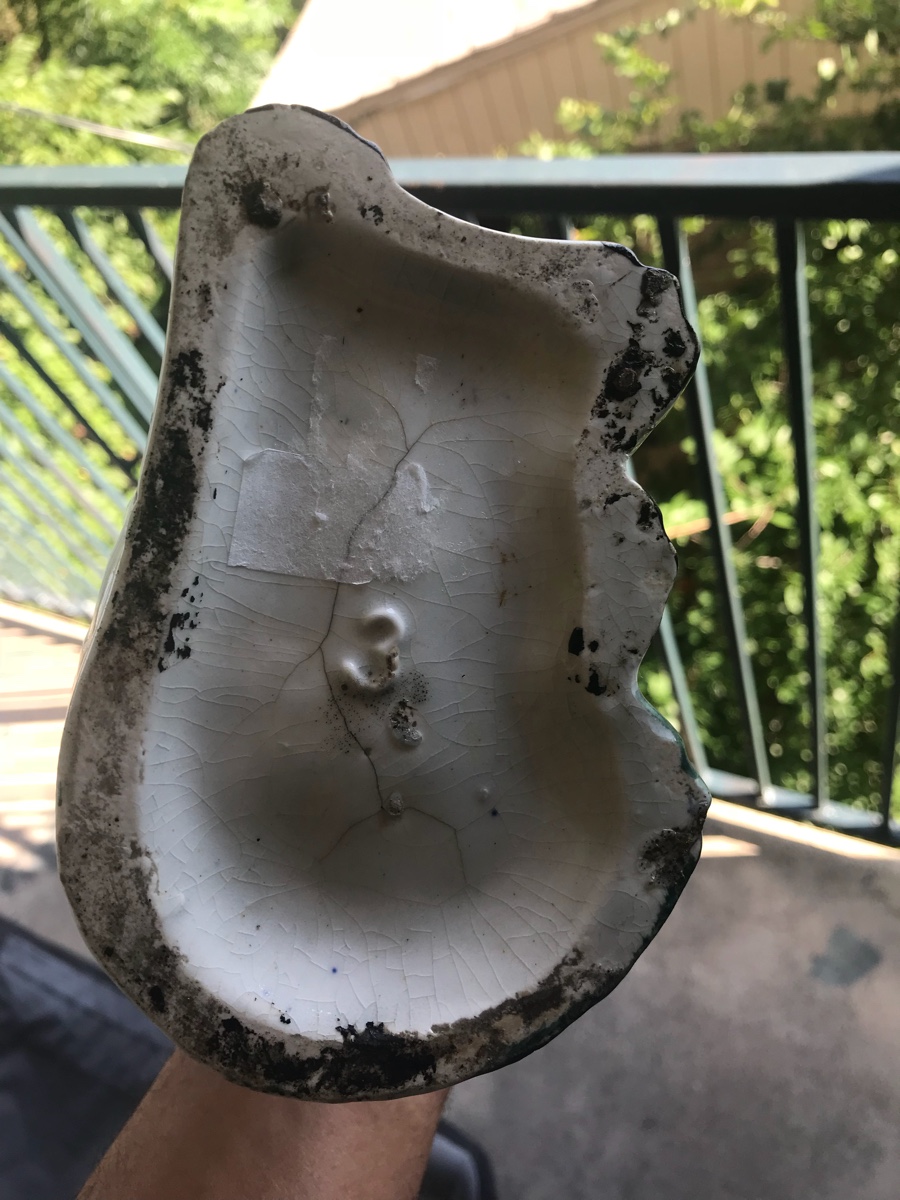 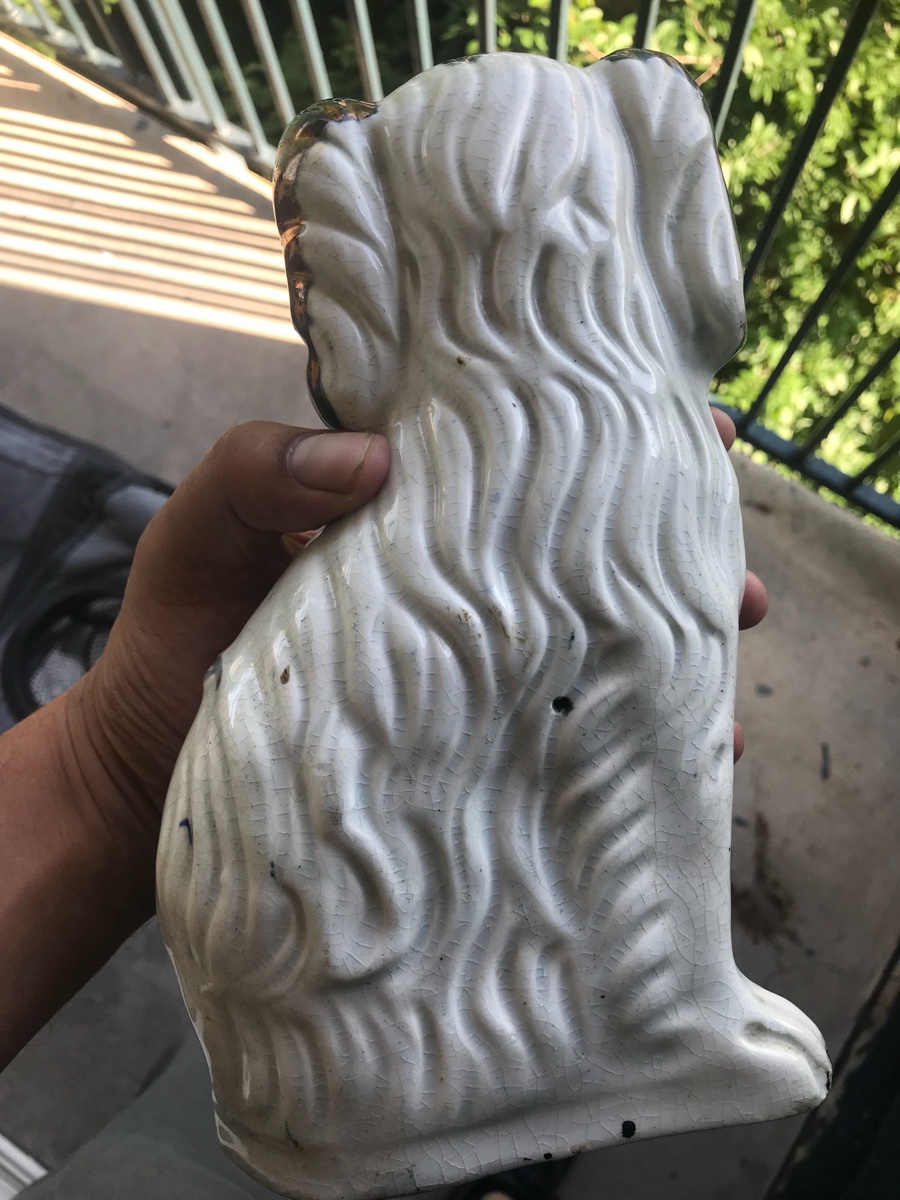 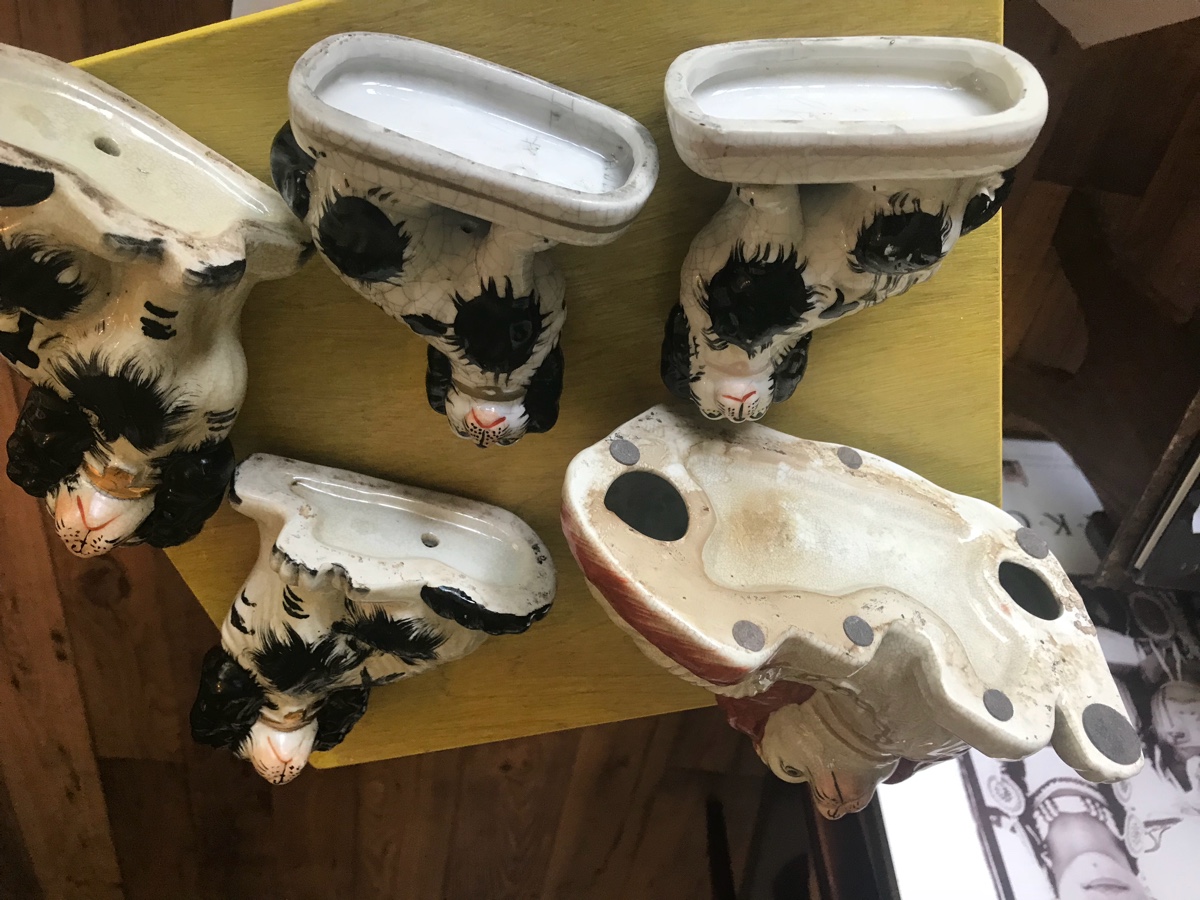 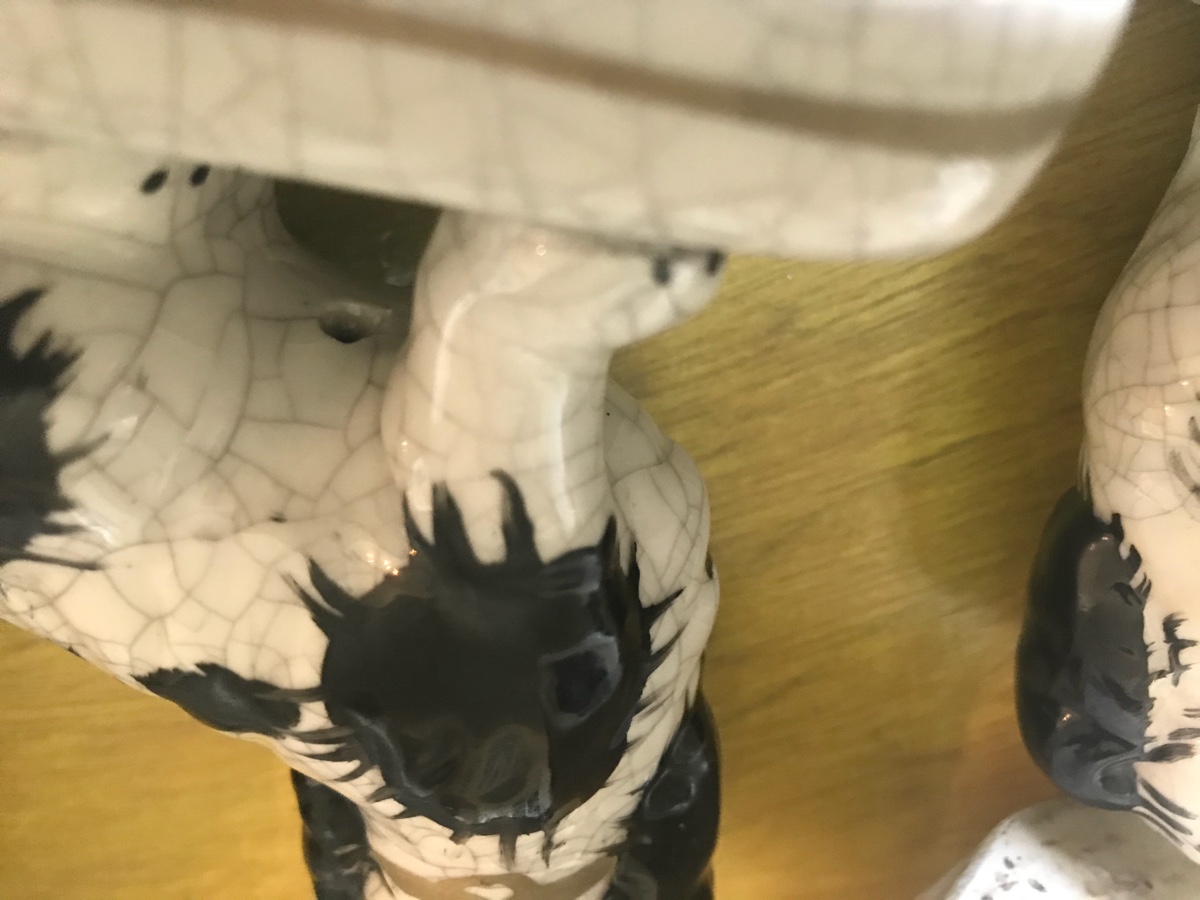 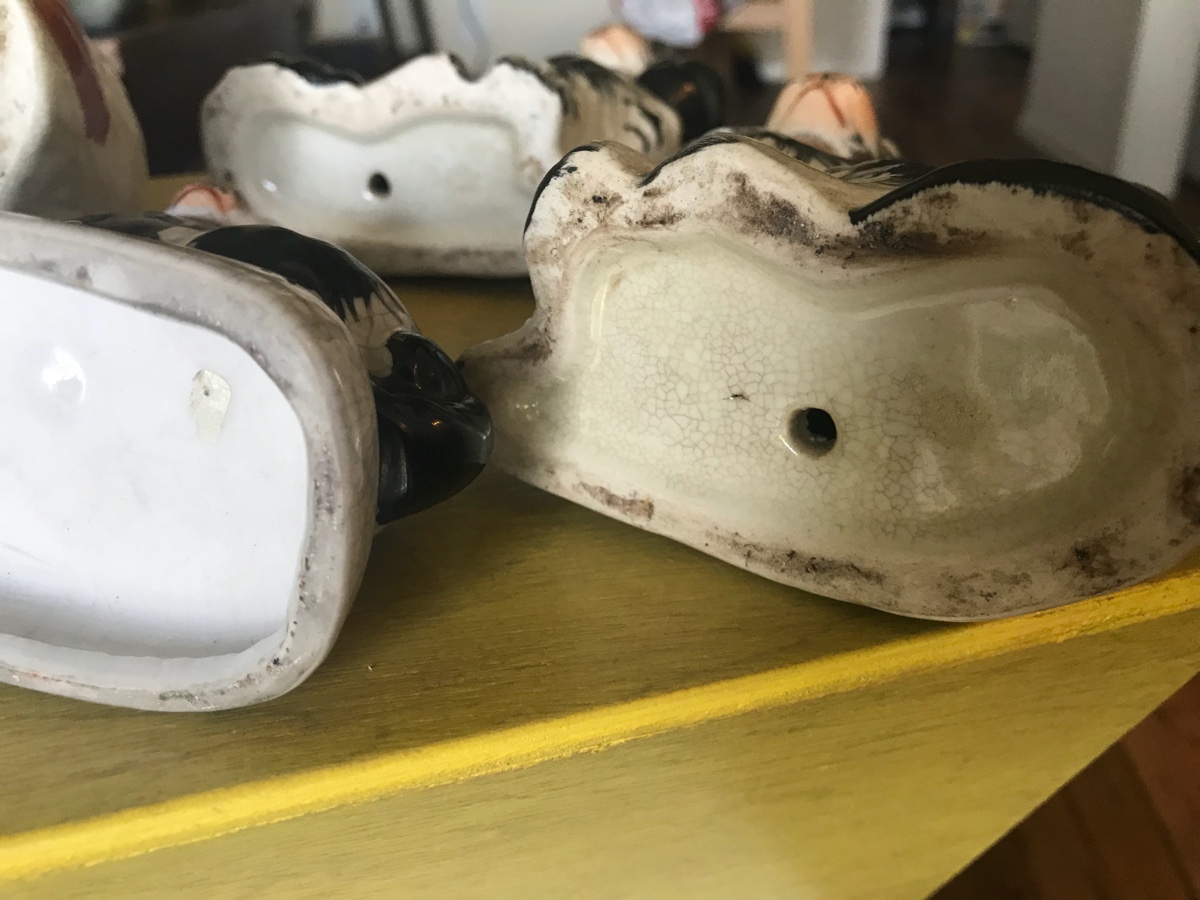 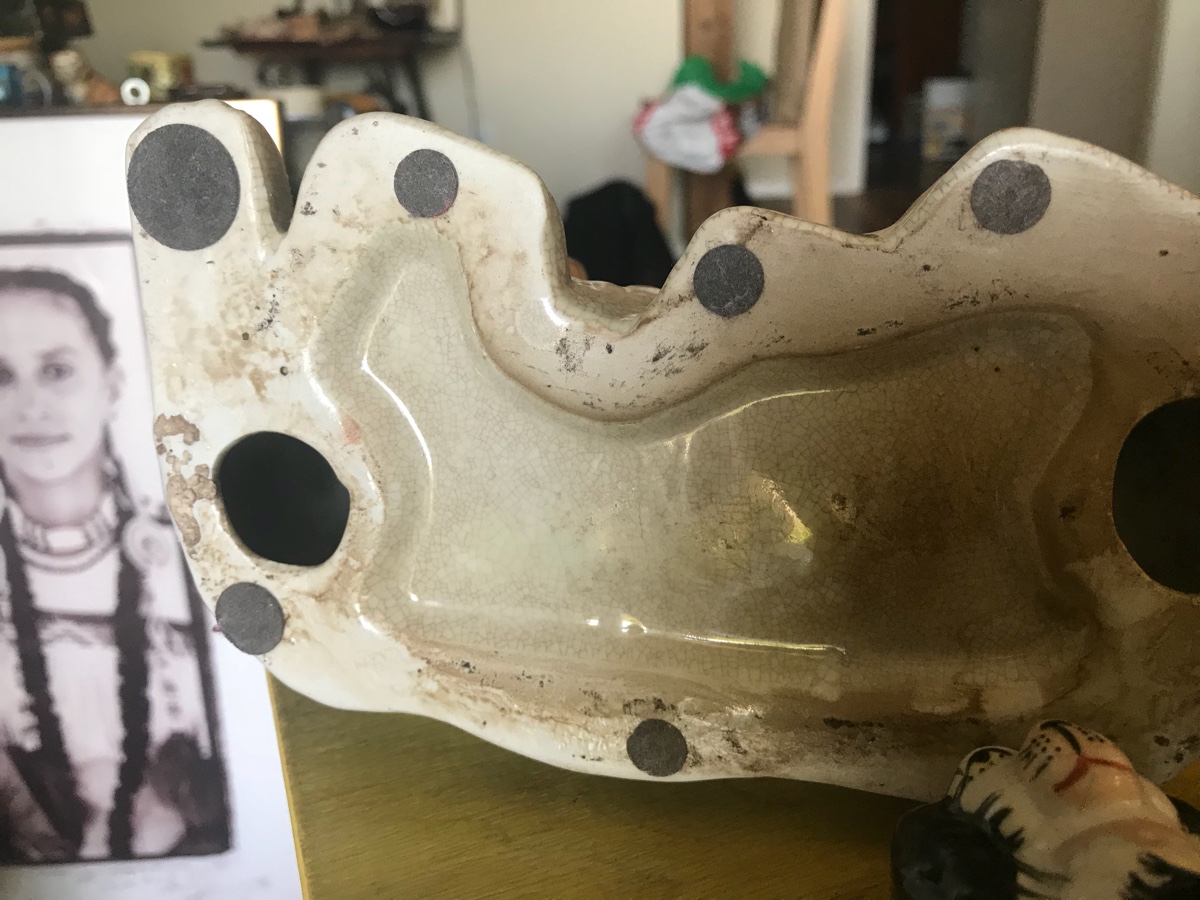 Answered in 7 hours by:
Antique Expert: Josie-ESA,  replied 2 years ago

Verified
Hello,
I'm Josie, a moderator for this topic.
I sent your requested Expert a message to follow up with you here, when the Expert is back online.
Customer reply replied 2 years ago
Thanks!

Hi ! This is Robert here.

Just letting you know I got your Q. and photos of the dogs.

I'll have an answer for you on these as soon as I can.

Customer reply replied 2 years ago
Thank you! No rush.

Apologies for the delay in getting back to you you, but I'm here now and can give these my full and prompt attention.

The "small hole (old) large hole (newer)" is a good general guide, but doesn't always hold true as the Staffordshire potteries were using these same wonderful old King Charles spaniel molds as recently as the 1920s and 1930s, although the so-called 'reproductions' are themselves antique and so there's not a whole lot of difference in value with the authentic ancient ones that date from the 1860s.

This example is elevated from the normal in that the dark spots, as well as the chain and collar, are all decorated with copper luster glaze. This, and the small vent hole in the rear -where it would never be seen when placed as these traditionally were, on the mantel (they were known as "chimney pieces" or "chimney dogs" for that reason) mean that this is a genuine old one from circa 1860 - 1890s. The mold number "3" on the bottom indicates the size. This 9.25" height being one of the upper middle sizes, with 12" and 14" being the largest ones. Those with a 'free' front leg (not attached as yours is) are the most sought after but frankly, I personally prefer this pose with the little dog sitting on its tail looking up imploringly. In fact, the preferred way to display this upward looking style would be in the hearth, either side of the fireplace where one can enjoy them looking up right into ones eyes.

As for value, Staffordshire dogs still have a strong following but are not as popular as they once were a generation ago and so sadly prices haven't kept pace with other antiques. Although pairs are more valuable, surprisingly, singletons on sites such as eBay are worth a little more than half a pair as they are sought after by those wishing to make up a pair for one that's been lost or destroyed. As such, your large luster-glaze dog would sell on line (eBay) in the range of $80 - $125. It would have a full retail value of $250 if you saw him for sale in an antique store. This is also the replacement value for insurance purposes.

This rust red spotted spaniel in a lying pose dates to the the early 1900s but probably no newer than the 1920s as post-World War I they are usually marked "Made in England" or "England".

He's entirely hand painted but instead of the collar and chain being gilded, it's simply painted a gold colored brown enamel. Very brassy bright gold (with no red underneath) or 'brown' gold like this indicates a Staffordshire dog of later origin. The larger vent holes bear this out too.

It's still upwards of a 100 years old and therefore antique, which counts for a lot.

This example of a similar one sold on line for $52 which is about right.

These two are earlier than the red one and date to the late 1800s - circa 1910 going by the gold of their collars. The very expressive hand painted 'feathering' to simulate real fur also confirms these as from the authentic Staffordshire dog era of the late Victorian, early Edwardian age and make them a collectible pair.

This example of a singleton, about the same size as yours, and similar, sold on line for $60 which is about right. I would give your pair an eBay or auction range of $100 - $150. Full retail/replacement/insurance value: $300 for the pair.

I'm so glad you included this pair as they are a perfect example of Staffordshire fakes, though probably quite old ones at this stage, circa mid-20th century, so this is a great opportunity to see differences side-by-side. Here's a list of the main ones:

In spite of this, this pair does have a nominal value as no matter whether genuine or not, they always have great decorative appeal.

Verified
Robert S. and 87 other Antiques Specialists are ready to help you
Ask your own question now
Customer reply replied 2 years ago
Hi Robert! I got so into my follow-up research I neglected to rate you. Thanks for the great information! I'm glad you confirmed the "fakes." I thought that crazing looked artificial.

Thanks for the rating, no worries about the delay, I'm delighted to hear what caused it!

Have a great weekend.

Rarewares
Expert Appraiser/Antiques Dealer
59,960 satisfied customers
Staffordshire dogs JA: I always love having an appraiser
I have two old Staffordshire Dogs. They have the big glass eyes and are rust and tan versus rust and white. … read more

Frank
Bachelor's Degree
5,970 satisfied customers
Show more
Disclaimer: Information in questions answers, and Show More
Disclaimer: Information in questions, answers, and other posts on this site ("Posts") comes from individual users, not JustAnswer; JustAnswer is not responsible for Posts. Posts are for general information, are not intended to substitute for informed professional advice (medical, legal, veterinary, financial, etc.), or to establish a professional-client relationship. The site and services are provided "as is" with no warranty or representations by JustAnswer regarding the qualifications of Experts. To see what credentials have been verified by a third-party service, please click on the "Verified" symbol in some Experts' profiles. JustAnswer is not intended or designed for EMERGENCY questions which should be directed immediately by telephone or in-person to qualified professionals.